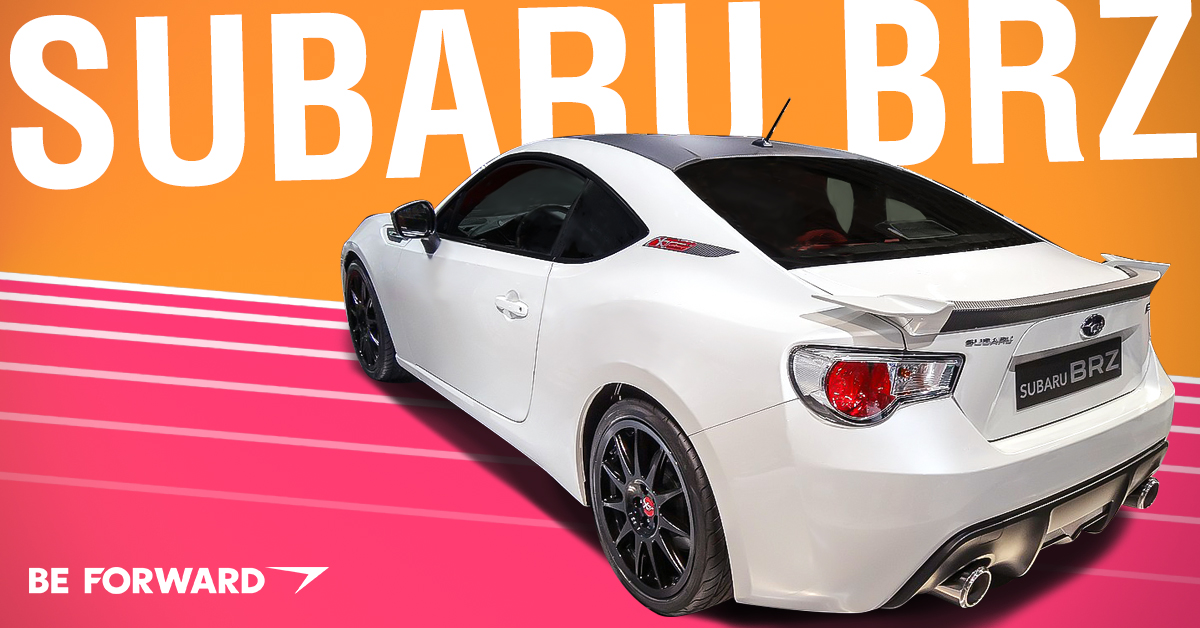 The Subaru BRZ has been called light and well-balanced in the past. The chassis has often been called pliant; affording the BRZ great handling. The automatic transmission has frequently been cited for its high fuel efficiency. One thing that has never been said is that the BRZ offers great acceleration. Given that this is supposed to be a sports car, one would hope that Subaru addresses that issue for the 2017 model year. Let’s have a look to see. 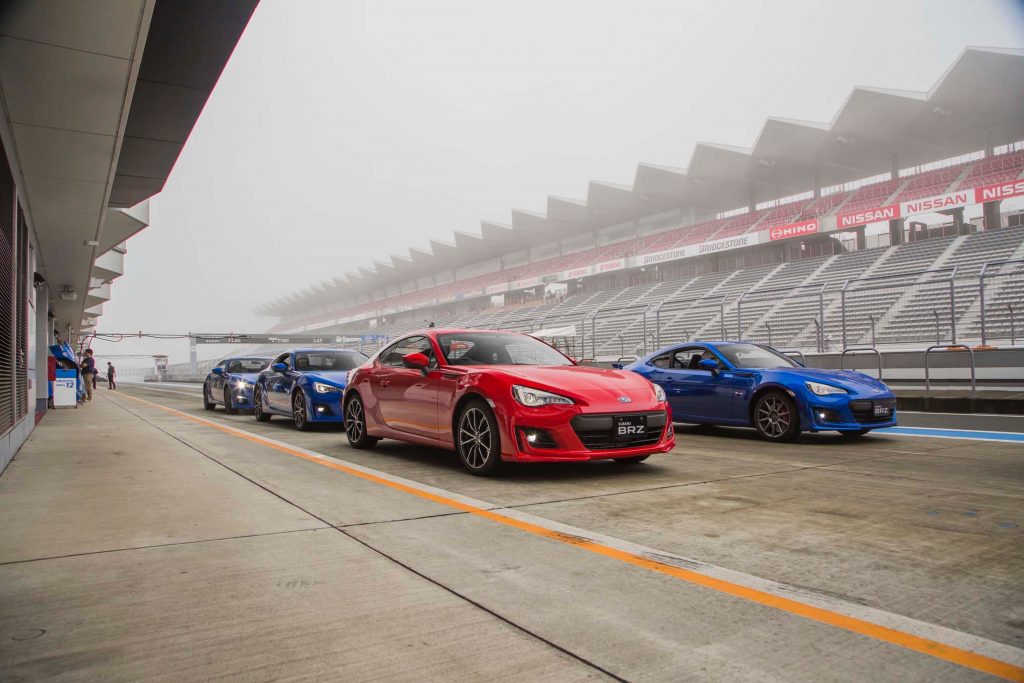 Lift the bonnet and you find one of two smallish four-cylinder boxers. Power in the base unit has been boosted to 205 bhp at 7,000 rpm for 2017. That is a mild upgrade from the 200 bhp offered in the 2016 model. Torque has been upgraded just as mildly. Boasting a meager jump of just 5.5 N-m, the 2017 BRZ now offers 210 N-m at 6,400 rpm. The added power comes from a larger intake manifold and an expanded exhaust diameter. Opt for the top-end engine in the Limited package and you will find yourself corralling 350 bhp and the expect torque jump that comes with it. 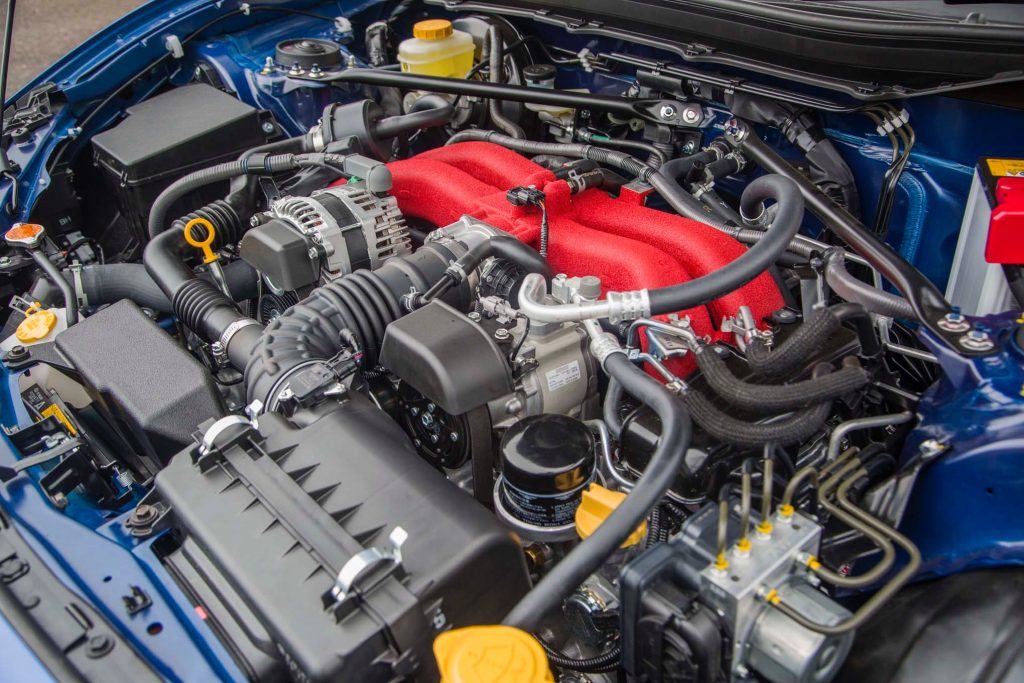 Subaru improved the engine in other ways, as well. The bottom-end bearings are beefier; the cam, valve, and piston surfaces offer reduced friction; and an improved high-pressure fuel pump has been   added. What Subaru was unable to eliminate was the torque crater at 4,100 rpm. That opened the door for an obvious question: Why not? According to the engineer on hand at the 2017 BRZ’s debut, ”It’s an inevitable characteristic of four-cylinder engines.” Perhaps in inexpensive four-cylinder engines, but the big dollar offerings from the likes Porsche seem to have solved the issue.

The 2017 Subaru BRZ can be equipped with an automatic gearbox or a six-speed manual The automatic option is a carry over from 2016 despite Subaru being fully aware of the excessive noise created during downshifts. Given that the automatic option sells very slowly, Subaru may have felt it wasn’t worth spending the money to develop a quieter one. The six-speed manual gearbox is acknowledged as being excellent, making the BRZ a ton of fun to drive. For 2017, Subaru has added an extra-hardened sixth gear. The goal is to extend the life of the gearbox, but it does shorten the diff ratio to 4.3:1.

How Does it Handle?

The BRZ was already a great handling car, but Subaru tuned it for added initial response. The front springs have been stiffened and the rears softened by upgrading the anti-roll bars. The biggest boost to initial response comes from retuned dampers. With the cornering axis shifted more toward the rear, the nose of the BRZ moves more aggressively. The driver is kept in concert with this aggressiveness through a remapped steering unit that gets better as you move the wheel off-center. Last year’s model had a tendency to abruptly yank drivers when cornering. When in Track mode, the 2017 model allows for broad oversteering drifts and manages to turn them into safe, stability-controlled cornering. 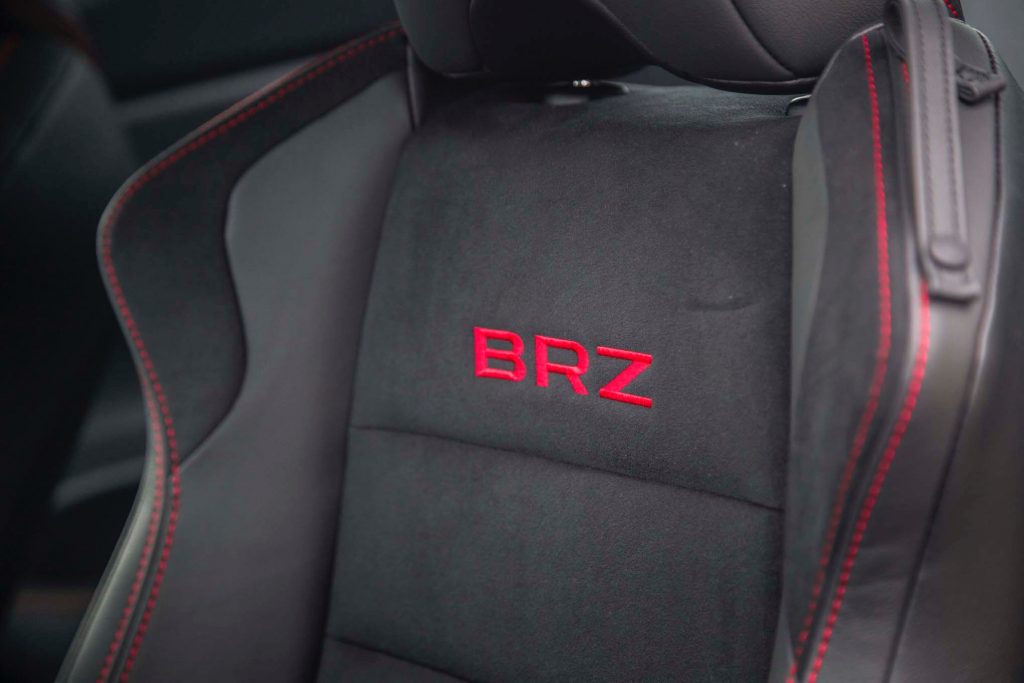 If buyers upgrade to the new Performance trim package, they will get wider wheels; larger Brembo brakes in the front and rear; and Sachs ZF shock dampers to round out an already fun to drive car.

The 2017 model is a mild refresh of the BRZ. On the exterior, you will find redesigned LED headlamps and a redesigned front fascia meant to create an illusion of greater width. The rear offers bold LED taillamps and a freestanding aluminium wing.

The interior focuses on a smaller steering wheel that can be leather wrapped and can feature spoke-mounted thumb controls for the audio system and the performance display unit, depending on the trim level you select. If you opt for the Limited trim level, you will get Alcantara seat inserts with a red BRZ emblazoned on the seatback.

With a sticker price that starts right at L19,520, the 2017 Subaru BRZ may be the most fun to drive car  with a bargain price on the market today. Of course, that assumes that you have it fitted with a manual gearbox. That automatic is a waste. Oh, yeah. That acceleration issue we mentioned way back in the intro…still exists with the automatic gearbox, but is greatly improved if you know how to handle a manual.

Are you looking for Subaru Cars? Click here to check Used Subaru Cars!