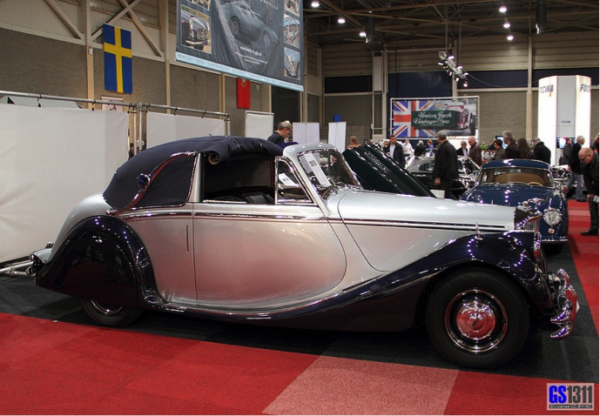 It is hard to imagine that when William Lyons and William Walmsley founded the Swallow Sidecar Company in 1922 they envisioned their company morphing into an automotive entity that would create some of the most desirable executive cars in the world.

After several acquisitions and mergers, Swallow Sidecar has emerged as the Jaguar brand that every executive can appreciate. Today, Jaguar builds the executive cars that many young business people use to transport clientele around town. Today, we thought we would showcase some of the top offerings that exemplify what Jaguar has come to represent around the globe. 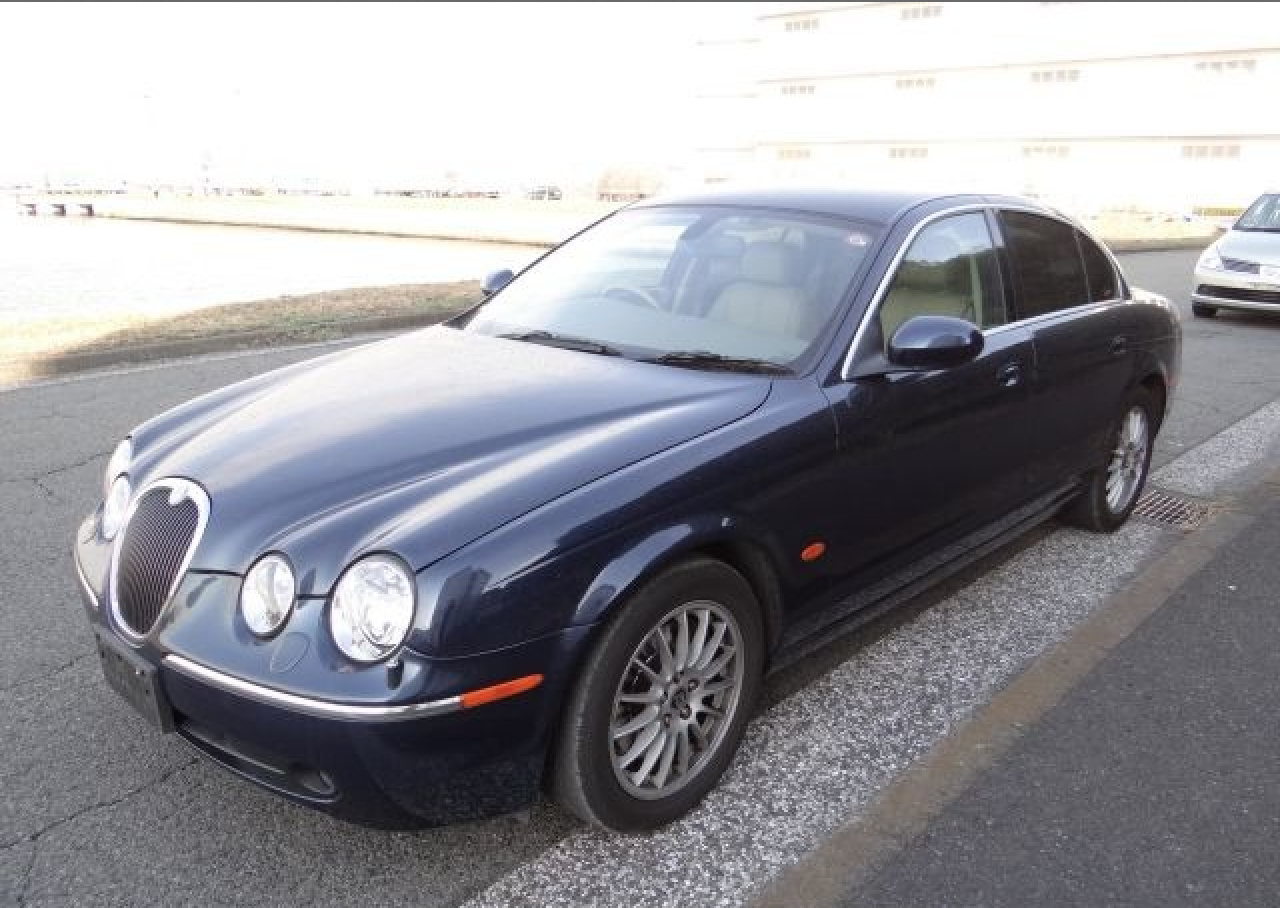 The Jaguar S-Type was unveiled at the 1998 Birmingham Motor Show prior to its release for the 1999 model year. It was replaced after the 2009 model year by the Jaguar XF. It is classified as a mid-size executive car and comfortably seats four adults; five if necessary. It is only available as a four-door saloon. The S-Type is powered by five petrol engines and a single diesel motor. The standard gearbox is a five-speed automatic, but a six-speed paddle shift automatic and two manual gearboxes are also available.

The 2006 Jaguar S-Type pictured above is powered by a 2,960 cc V6 engine that is capable of 243 bhp and 293 N-m of torque. It is equipped with the SE package that offers a buyer more than enough opulent luxury to impress clients and family alike. 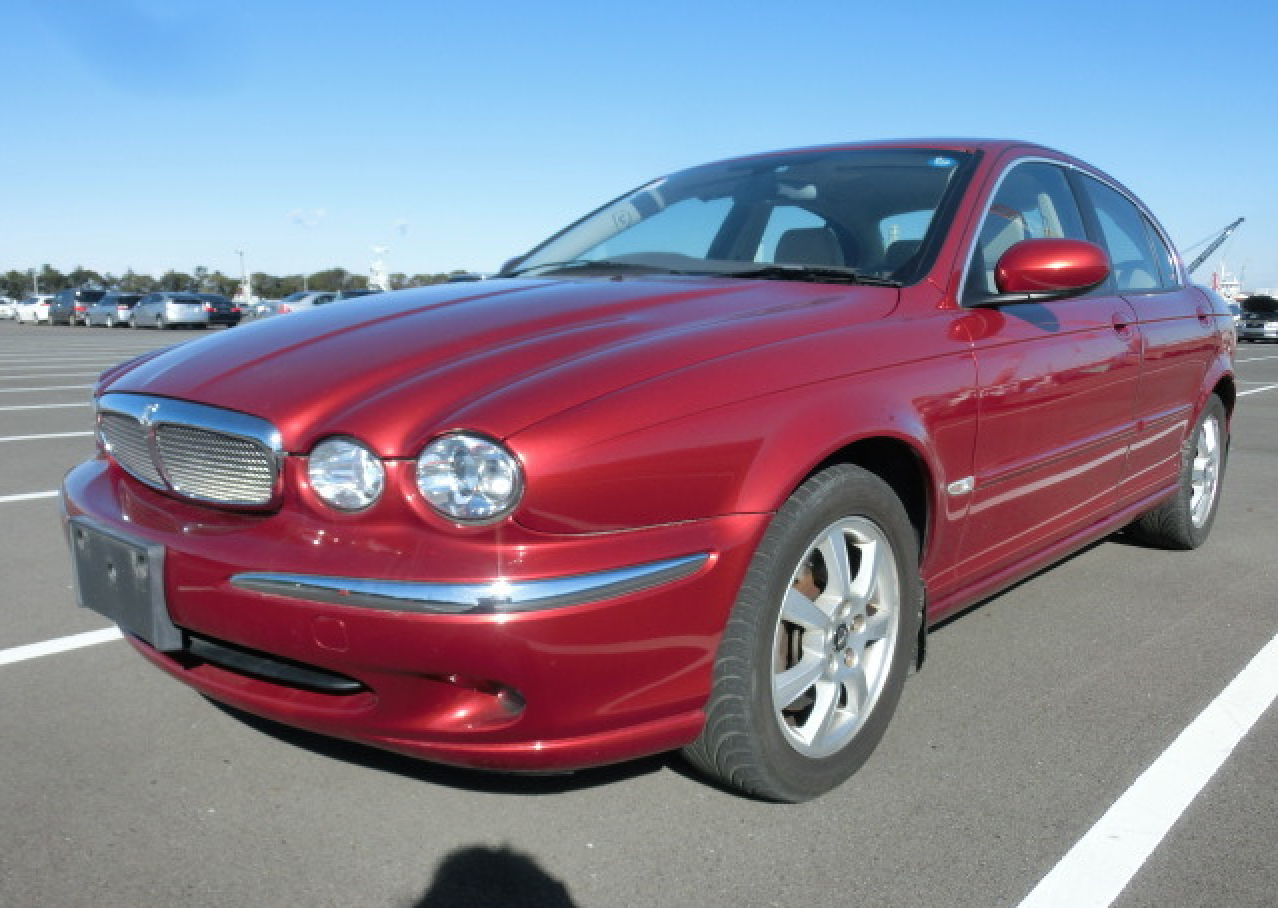 The Jaguar X-Type is a compact luxury executive car that debuted for the 2001 model year. As with the S-Type, it was replaced in 2009. The X-Type’s successor was the Jaguar XE. The X-Type is sold as a four-door saloon and as a five-door estate wagon. Both can be powered by a variety of petrol engines, with a single turbocharged diesel powerplant available. The base gearbox is a five-speed automatic. The optional gearboxes include a six-speed automatic as well as five and six-speed manuals.

The 2007 Jaguar X-Type pictured above is powered by a 2,090 cc V6 petrol engine that is mated to an automatic gearbox. The powerplant is capable of 154 bhp and 196 N-m of torque. It is equipped with all of the leather you expect from a Jaguar in addition to a top-of-the-line audio system. It also offers the added bonuses of reasonable mileage and a low price. 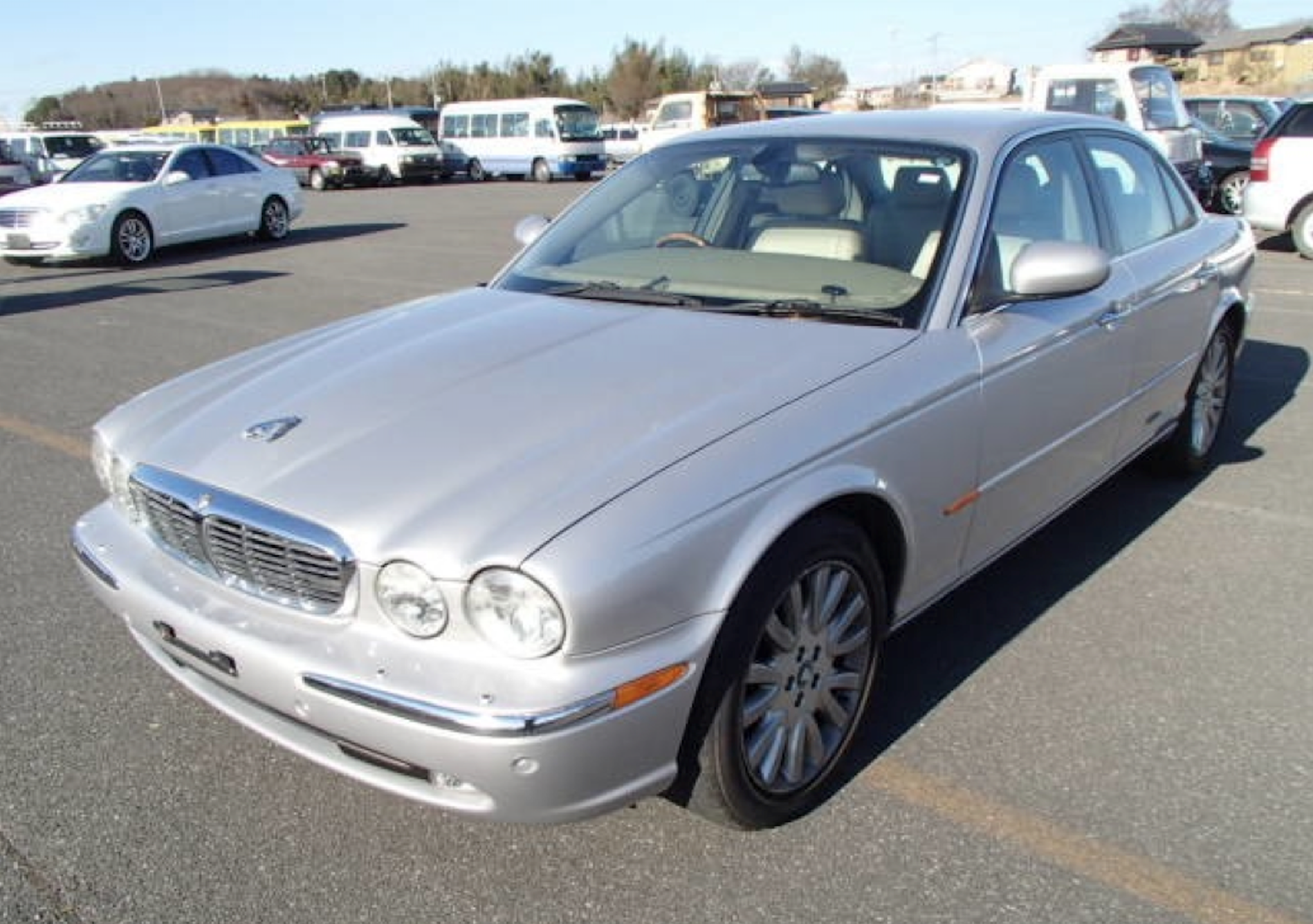 The Jaguar XJ series has been in production since 1968. It is classified as a full-size executive car in every market where it is available. The XJ is equipped with the best of everything that Jaguar has to offer and is the official car of the British royal family and the Prime Minister of the U.K. The current fourth generation can be powered by variety of naturally aspirated and super-charged petrol engines, with a single twin-turbo diesel V6 available. The standard gearbox is a six-speed automatic.

The 2003 Jaguar XJ pictured above is part of the third generation and is powered by a durable 3,550 cc petrol V8 that is capable of 262 bhp and 345 N-m of torque. The luxury appointments are too numerous to list. 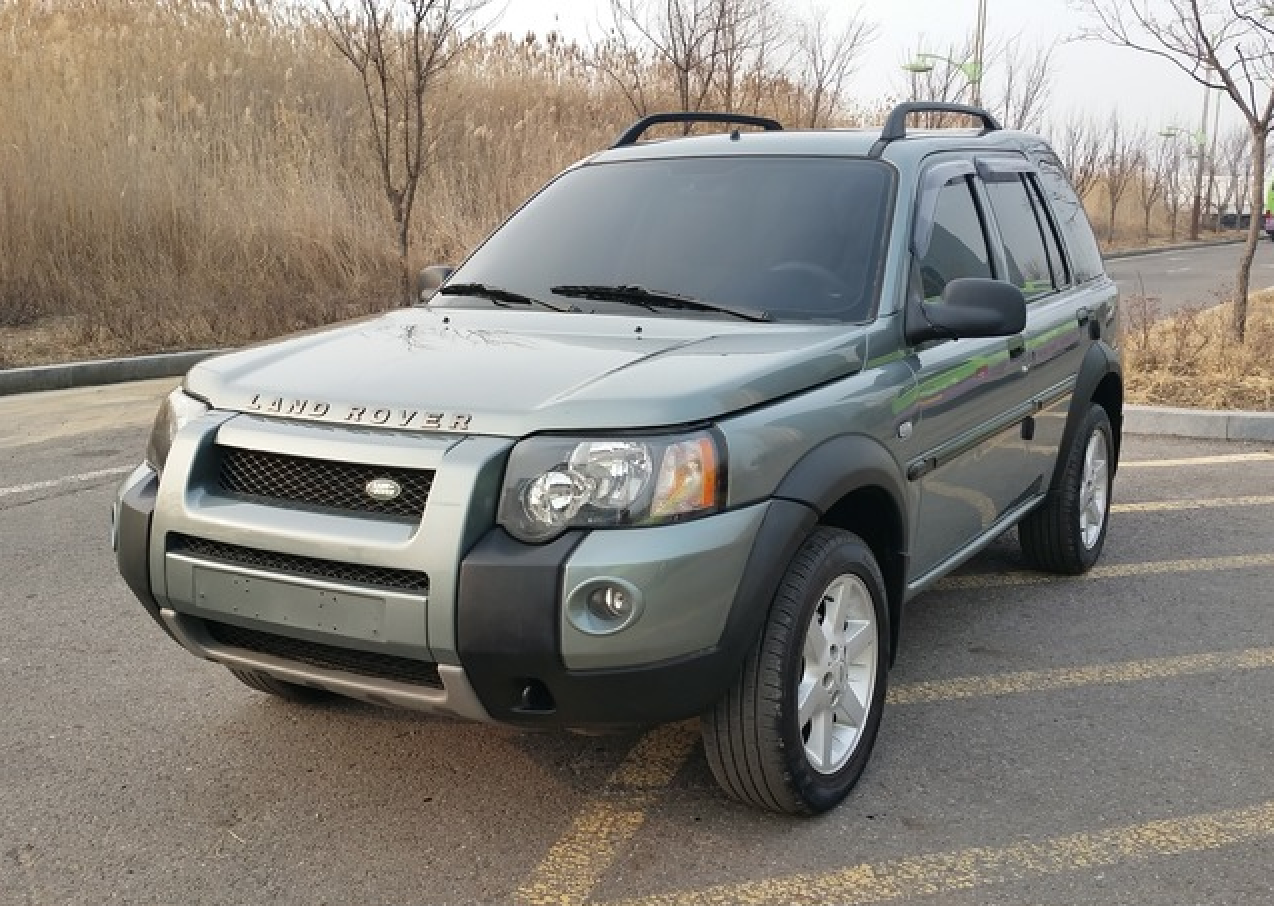 Why mention Land Rover in a Jaguar post? The two are built by the same company and each exemplifies luxury and achievement.

The Land Rover Freelander was built between 1997 and 2014. It is a compact SUV that adeptly combines luxury and economy into a desirable package. The earliest editions could be a five-door SUV or a three-door cabrio. After 2005, the five-door SUV was the only version built. The Freelander is powered by a number of petrol and diesel engines that can be mated to either a five-speed manual gearbox or a five-speed automatic. The gearboxes were upgraded to six-speed automatics in 2006.

The 2004 Land Rover Freelander pictured above is powered by a 2,497 cc petrol engine that is mated to a five-speed Tiptronic automatic gearbox. 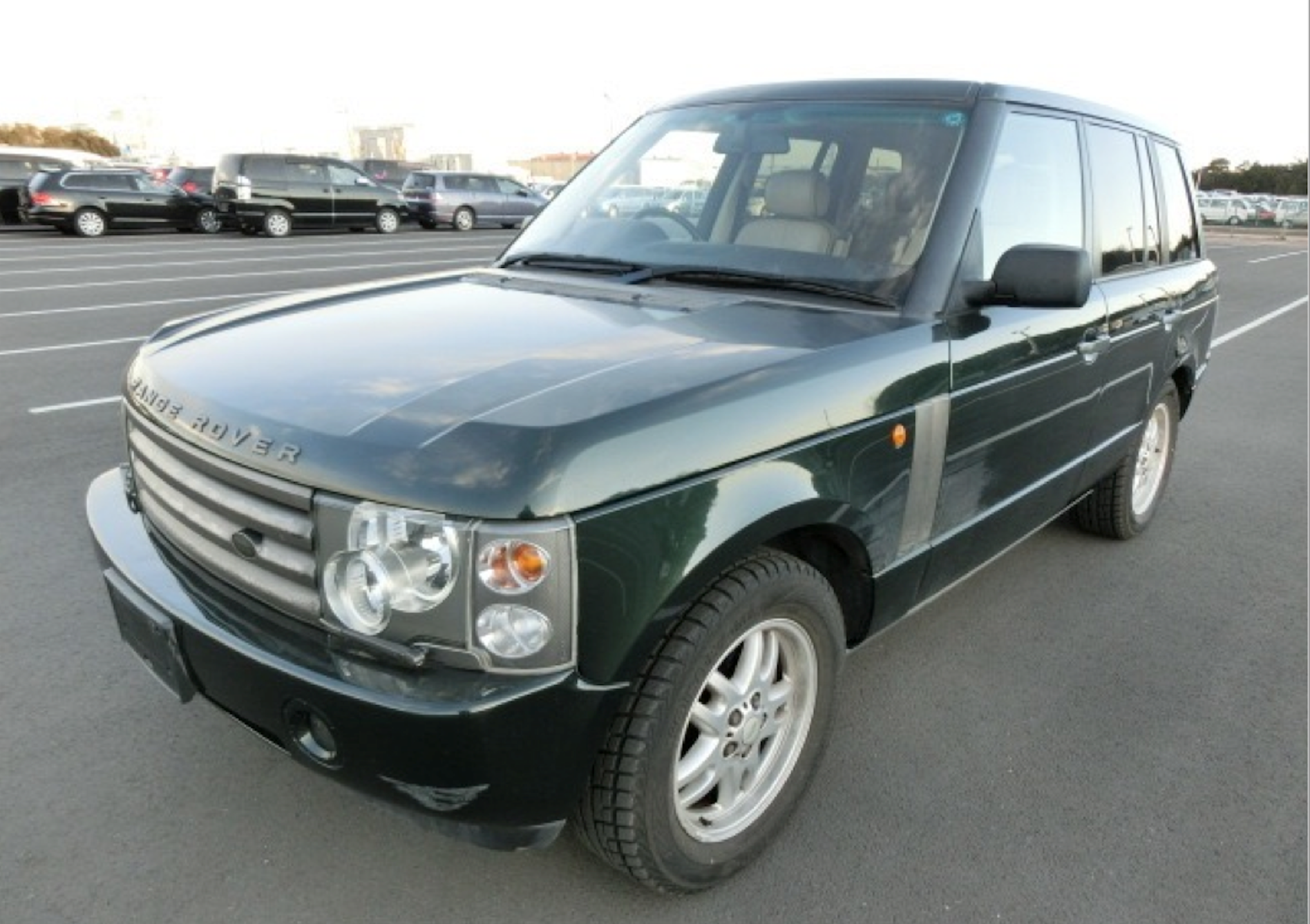 The Land Rover Range Rover is a full-sized luxury SUV that is sold worldwide. It has been in constant production since its introduction for the 1970 model year. Over the nearly fifty years it has been in production, the Range Rover has been a heavy lifter in the bush, a luxury vehicle, and just about everything in between. It has been powered by smallish turbocharged diesel engines and large displacement petrol engines. Depending on its use, it has offered the barest of essentials or top-of-the-line luxury appointments. To be succinct, the Range Rover has been all things to all men.

The 2003 Land Rover Range Rover pictured above is more along the lines of a luxury SUV than a bushmaster’s vehicle. It is powered by a 4,390 cc V8 petrol engine that is mated to a four-speed automatic gearbox. With mileage just a tad more than 96,200 and a price tag that is small enough to attract a pauper, this may be the perfect Range Rover for you.

Here at BE FORWARD, we always have a large selection of Jaguar and Land Rover offerings. You can visit our entire Jaguar inventory here. If you prefer Land Rover, follow this link.