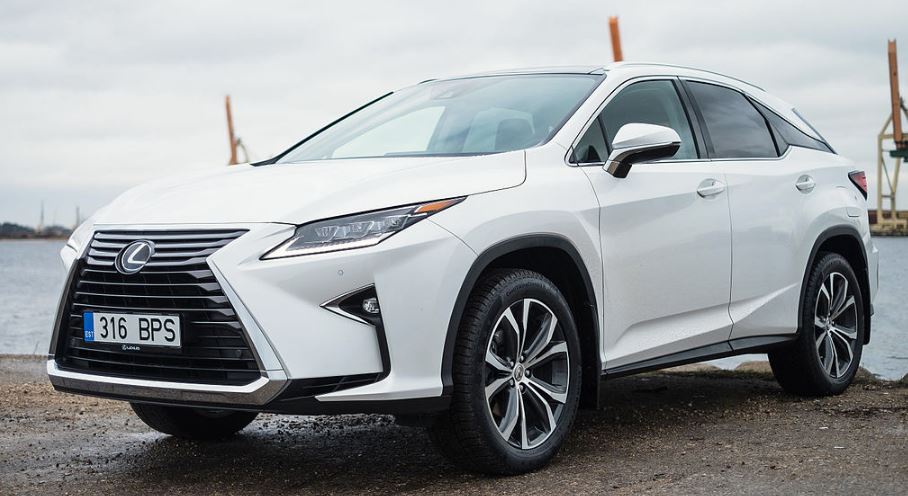 The Lexus RX was manufactured by the Japanese automobile maker Toyota from 1998 to present. The 5-door compact luxury crossover SUV was from 1998 to 2003 and the midsize luxury crossover SUV was from 2003 to present. Toyota Lexus entered the market as a successor to the Toyota Harrier coming in both front- and four-wheel drive and varying powertrain options. Toyota Lexus took an interesting evolution coming in three generations from 1998 to the present coming with several advancements in both body and features for an improved experience of its users. 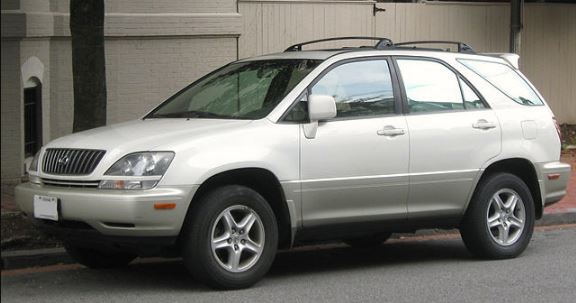 The first generation of the Toyota Lexus XU10 entered the market as Toyota Harrier between December 1997 and January 2003 before its official name change in 1998. Coming in two models; the RX 300 4AT and  RX 300, the Lexus RX is equipped by a 240 and 220 hp respectively along 2 to 3-liter engines with 4-speed U140E/F automatic transmission. The first generation of the Lexus RX came with several features unlike other existing four-door vehicles at the time including front triangular quarter windows and mounted side window along with standard safety features including the driver and front passenger airbags, front-mounted side torso airbags, anti-lock brakes, side-impact door beams, and daytime running lights. With the advancement in technology, the Lexus RX was improved with more sophisticated features including a DVD-based navigation system and DVD voice navigation while on the other hand receiving a minor facelift. 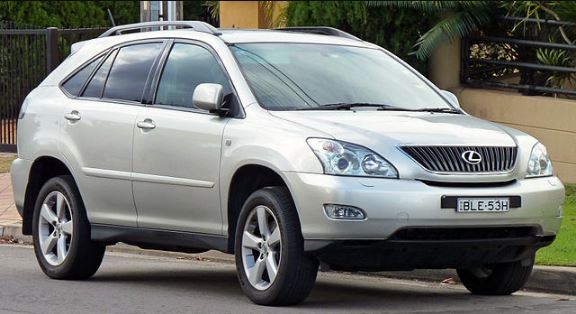 The second generation of the Lexus RX XU30 joined the market between February 2003 and December 2008 coming in gasoline and hybrid options, namely, RX 300, RX 330, RX 350, RX 400h CVT, and RX 400h CVT AWD equipped by a 204 to 210 hp coming in a 2.4, 3.0-3.5 liter engine with 5-speed automatic transmission. A new generation also meant advancements for the Lexus RX which came in an improved body style and standard features including new LED taillamps, Golden Bird’s Eye Maple or Walnut wood trim, dual climate zone climate control, a power tilt/telescopic steering column, and a sliding multi-level center. For entertainment, Toyota equipped the second generation models with an optional 11-speaker Mark Levinson Premium Sound System, a DVD-based navigation system with a backup camera, rear-seat DVD player, panoramic three-panel moonroof. For the safety of the driver and passengers, Toyota ensured that the Lexus RX comes with standard safety features including dual front airbags, front row side torso airbags, side curtain airbags, a driver’s knee airbags; making up a total of eight airbags, the Vehicle Stability Control as well as a tire-pressure monitoring system. With the Lexus RX, Toyota made a mark worldwide by producing the first car with an optional radar-assisted Pre-Collision System. With the second generation models, Toyota advanced the Lexus RX with a revised grille, chrome door handles, and seven-spoke 18-inch alloy wheels.

The third generation of the Lexus RX was produced between 2008 and 2015 coming in the RX 270, RX 350 AWD, RX 350 FWD, RX 450h AWD, RX 450h FWD with 2.7 and 3.5 liters I4 or V6 gasoline and hybrid engine displacements, a 199 to 299 hp, and 6-speed automatic U660E/F CVT or 8-speed automatic (F Sport) transmission. The third generation came with many more advancements that made the Lexus RX a first choice vehicle for many people across the world including SmartAccess, keyless entry and start system, Bluetooth, power tilt/telescoping steering wheel, power 10-way driver and passenger seats, sliding and reclining rear seats and a power rear hatch, and a voice recognition system. For security purposes, Toyota did not fail with this generation of the Lexus RX. It came equipped with a set of standard safety and security features including a twin-chamber front passenger airbags, active headrests, a Vehicle Stability Control, Hill Assist Control, and an optional Vehicle Dynamics Integrated Management system. To maximize the customer’s satisfaction, Toyota equipped the Lexus RX with other optional features including a Pre-Collision system, Head-up Display, and a navigation system with a backup camera. Toyota Lexus RX received a new facelift in 2012 introducing new wheels, interior colors, new head, and tail lamps, grilles, and LED running lights while the F Sport came with honeycomb grilles, 8-speed automatic transmission, and a sporty interior. 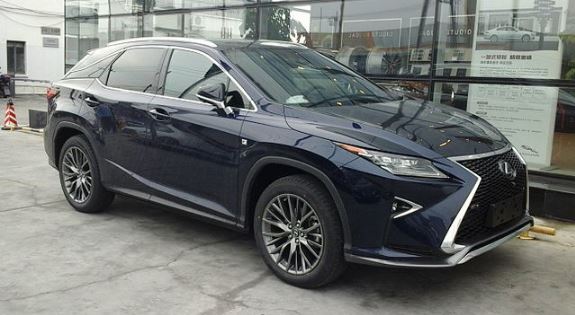 After dominating car markets worldwide with earlier generations, Toyota released the fourth and current generation of the Lexus RX AL20 in 2015 coming in the RX 200t, RX 350 and RX 450h. The fourth generation of the Lexus RX is equipped by a 238 to 313 hp, a 2.0 liters I4 turbocharged gasoline engine in the RX 200t/300, a 3.5 L V6 gasoline engine in the RX 350, and the 3.5 L V6 hybrid gasoline in the RX 450h with either a 6-,8- or eCVT automatic transmission. The fourth generation is meant to be better and more sophisticated compared to the previous generations and with the advancement in technology and expertise, Toyota made this possible. Coming in a more aggressive body that is designed with sharp angles, a sleek profile, distinctive roofline and to complete the ultimate Lexus look, the bumper is designed with razor-sharp character lines. The interior is designed with a cutting edge design featuring 40/20/40 split rear heated and ventilated leather seats, a panorama glass roof, dramatic LED taillamps, customizable wheel inserts. The Lexus RX is an innovative vehicle featuring a 12.3-Inch Multimedia Display, a Mark Levinson Premium Surround Sound Audio System, Heads-Up Display, a 3-D Navigation system, and a panoramic view monitor.

If you are looking for a car suitable for not only family but one that is also useful for carrying cargo, the Lexus RX is a perfect luxury vehicle for you. This is a sophisticated vehicle that comes with capable engine options and the ability to sustain all weather roads. Looking forward to joining the Lexus family? Visit BE FORWARD to make an order of your favorite Lexus RX by generation or model.