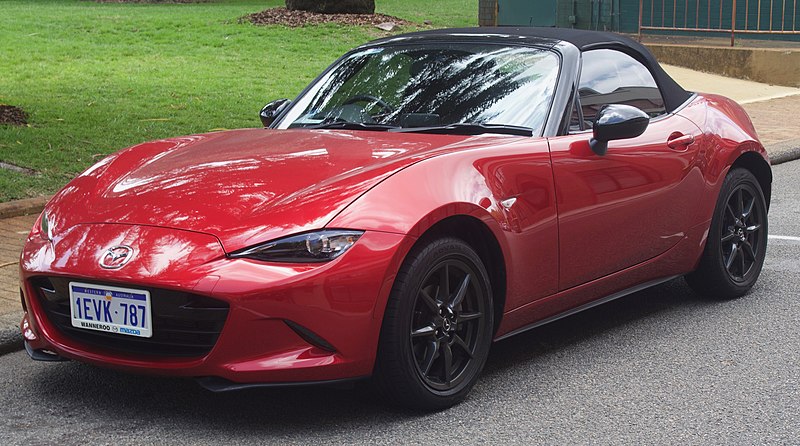 The Mazda Roadster (aka Mazda MX-5 Miata) as the model name “Roadster” implies is a two-seat iconic lightweight convertible sports car that is manufactured by Mazda. The Mazda Roadster features a front-engine rear-wheel-drive layout.

The first generation Mazda Roadster (code name NA) is a car that was unveiled in 1989 by Mazda. It was a simple roadster that took its inspiration from the British and Italian Roasters of the sixties and seventies but built with Japanese reliability. It was built to be reliable, simple, and durable with sporty looks. 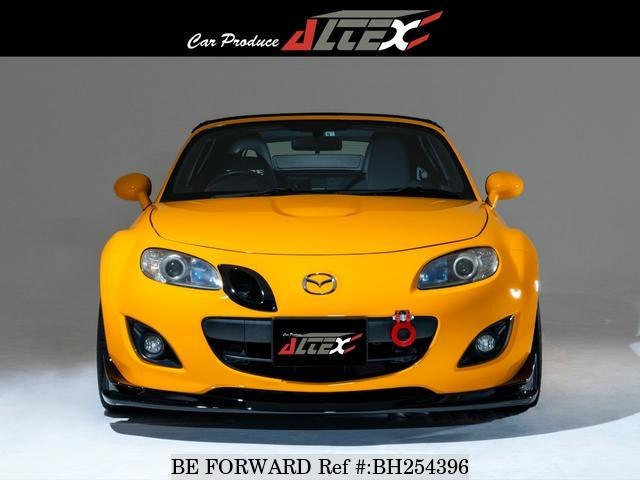 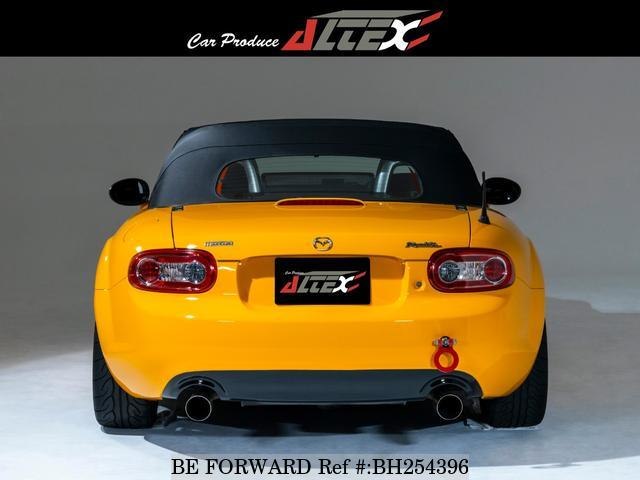 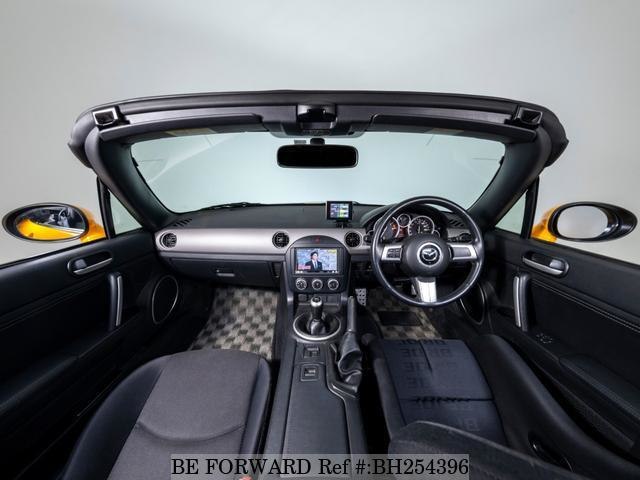 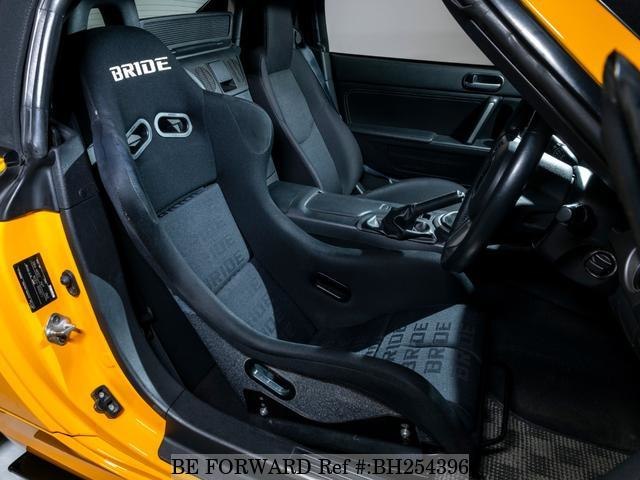 The Roadster has room for two passengers, with the soft top up closed, headroom is so limited. The driving position has a low seating position and driving is possible with legs almost fully stretched which won many driver’s hearts. The dashboard has a fuel gauge, coolant temperature gauge, speedometer, and tachometer. The center console came with a radio cassette player installed, also visible are the air-conditioning control knobs and vents. 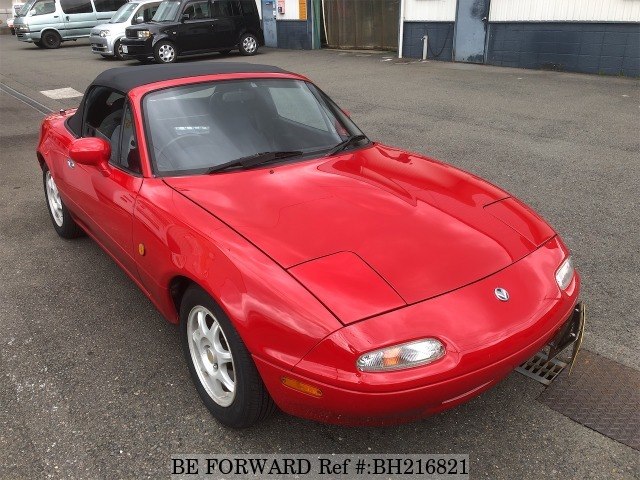 The second generation (code name NB) was introduced in 1997 at the Tokyo Motor Show as a 1998 model. On this release, the pop-up headlights have been removed, as Mazda had to adhere to the new pedestrian safety regulations and hence replaced them with fixed units. This NB model has the same wheelbase as the NA model, but it is slightly wider (bulkier), but lighter, thanks to the removal of the pop-up headlights that saved 5.6kg, and a new roof that is 1.3kg lighter than the previous one, despite having a rear glass screen.

Mazda has improved the handling and stability of the Roadster by adding anti-roll bars on the fully independent suspension used on the NA, and the brakes are better with ABS as an option.

This model was equipped with the same 1.6-liter or 1.8-liter engine as the previous model with a slight improvement in power. On the transmission part, Mazda introduced a 6-speed manual transmission as an additional option to the 5-speed manual and automatic transmission. 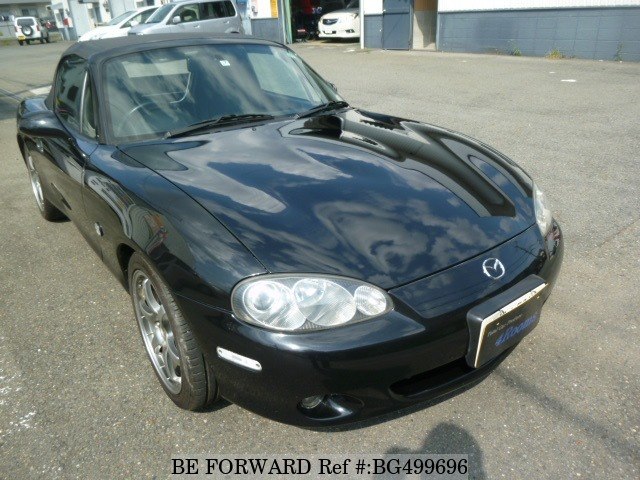 The third generation Roadster (code name NC) was released in 2006. The interior of this model release is similar to that of the previous NB, but apart from the turning-lights and side panels, the other components are different.

This model has a longer wheelbase and is much wider compared to the previous one. It comes with the option of either the common Soft-top roof or the new Power Retractable Hard Top (PRHT) that encompasses a 12 seconds folding mechanism that does not interfere with trunk space.

The engines were attached to a 5-speed manual or a 6-speed manual/automatic transmission.

The suspension system was changed from the four-wheel double-wishbone configuration to a front wishbone and rear multi-link configuration. For improved car handling, traction control and stability control were added. 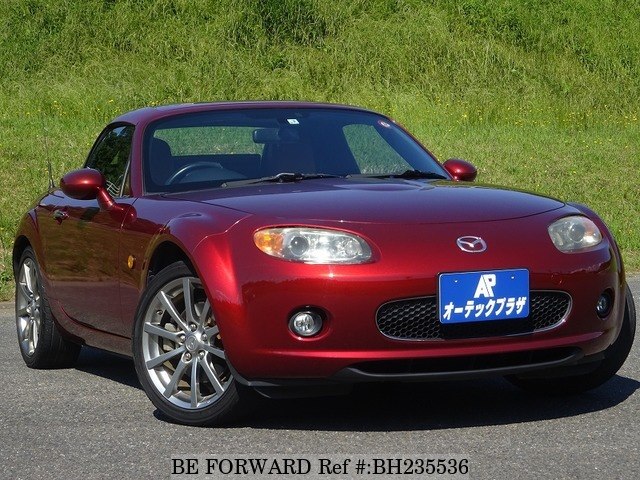 The fourth generation of the Mazda Roadster (code name ND) was released in 2014 as a 2015 model. Mazda responded by producing a very light car that surpasses all previous models in drivability and performance. This model won the World Car Design of the Year and World Car of the Year in 2016 – a feat that has never been achieved before by any car.

Like the previous Roadsters, the ND interior is kept simple, well-constructed, and uncluttered. The controls are easy to find and straight forward to use.

As standard, this Roadster comes with a manually operated fabric roof that is easy to operate whereby closing and opening only takes seconds.

In 2017, Mazda introduced the Retractable Fastback (RF) Roadster. The RF Roadster is made of a rigid roof and a buttress at the back. The overhead top roof panel opens and closes by folding back and forth while the buttress remains intact. 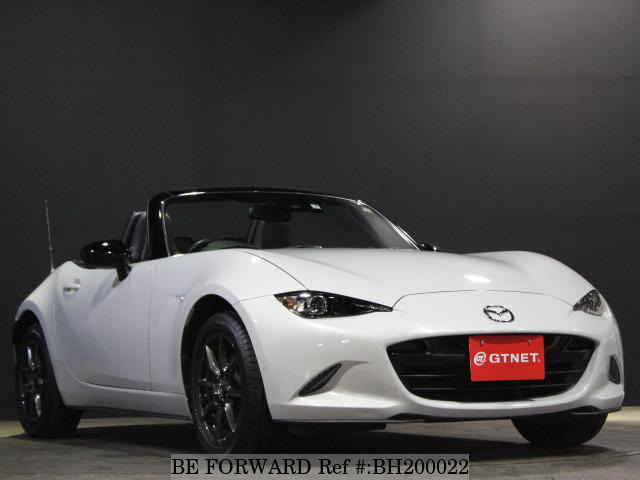 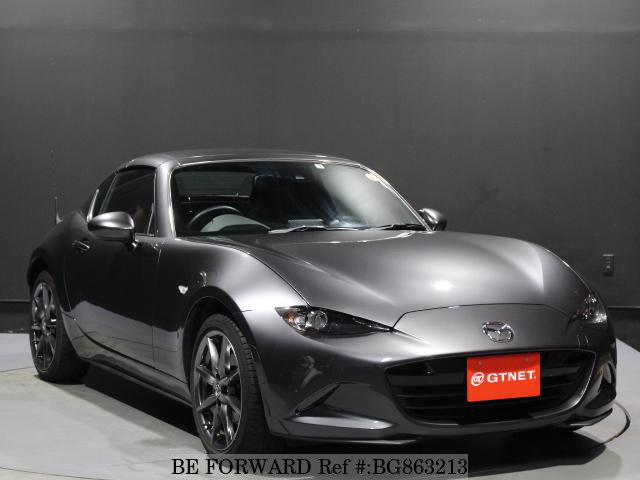