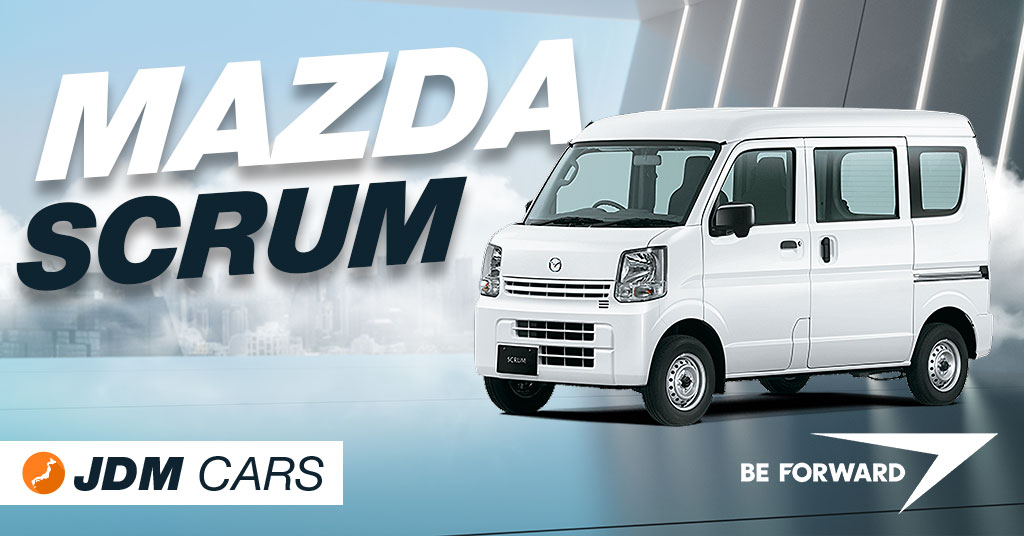 The Mazda Scrum is also called Autozam Scrum, a re-badged version of Suzuki Carry and available in four-wheel drive and two-wheel drive. It is a minivan and Kei truck that was sold by Mazda which was first introduced in June 1989 and exclusively aimed for the Japanese market. It offers a comfortable drive, excellent utilities, durability, good quality, tough built, and a variety of functions to improve efficiency and maneuverability.

The Mazda Scrum is a Kei class designed with a robust structure to efficiently and easily transport cargo from a single place to another. It offered both commercial and passenger versions which feature a spacious interior combined with compact exterior dimensions. It has been built with a solid design that consists of large LED headlights, multi-reflector front fog lights, front metallic grille, front bumper, lower grille, power mirror, power windows, and aluminum wheels. The rear side includes LED taillights, rear fog lights and bumper, aluminum wheels, and all-white exterior body color that makes it more attractive to buyers. It also features a large cargo space in the back for trucks and enough seats for vans with decent head and legroom, perfectly made for businesses or personal use. The interior cabin of the Mazda Scrum truck accommodates two people but gives enough space as well as the back for commercial purposes. 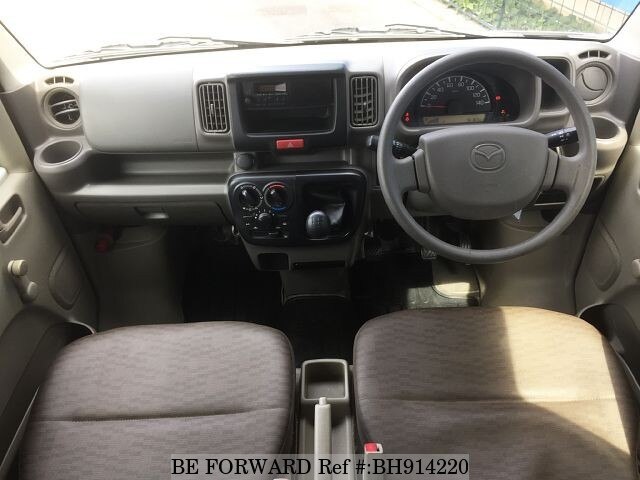 The seat can be adjusted to make the driver more comfortable while driving at a long distance and the door opening is wide for easy entry and exit access. The loading platform in its back has a total length of 2030 millimeters, a width of 1410 millimeters, and a maximum loading capacity of 350 kg. The notable safety features included are the anti-lock braking system, lane-departure warning, airbags, hill-hold control, and traction control. 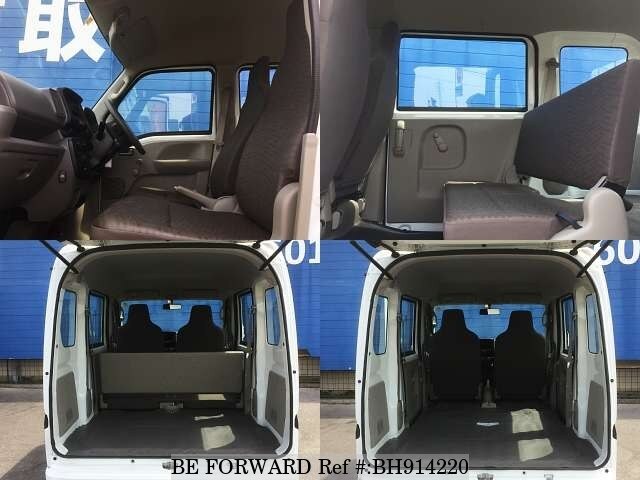 The five-door Mazda Scrum van also used the same features and engine of Suzuki Every. It offers a generous seating capacity and storage as well as good maneuverability. The large doors give easy access to the cabin and make the loading of luggage effortlessly. It also offers a luggage space of 1955mm in length and 1385mm in width with a removable passenger seat at the rear compartment. The rear door has a wide opening that allows the cargo to be loaded and unloaded conveniently as well as sliding doors with vertical handles for making the opening and closing easily. The Mazda Scrum van offers some luxury features including power steering, air conditioning, power door locks, power windows, instrument panel box with AM/FM radio, glove box, two speakers, and door pocket. The safety features are some of the advanced equipment to prevent accidental, it includes lane departure warning function, anti-lock braking system, hill-hold control, dynamic stability control, traction control system, high beam headlights, and electronic brake-force distribution with an emergency stop signal.

The first-generation Mazda Scrum was equipped with 550cc F5B engines producing 34 PS to 52 PS (25 kW to 38 kW) and after nine months replaced with 660cc with 38 PS to 58 PS (28 kW to 43 kW). The Scrum is available with a two-wheel drive or four-wheel drive drivetrain with high and low gears and a 3-speed auto or 5-speed manual transmission. In 1991, the second generation of Mazda Scrum was released with the same engine as Suzuki Carry, the 657cc F6A SOHC 3-cylinder with 50 hp and with an intercooler and turbocharger with 61 hp. In 1999, the Mazda Scrum retained its 657cc F6A turbo inline-3 which the engine placed under the driver’s seat. Also, the 3-speed automatic transmission and all-wheel-drive version become available. 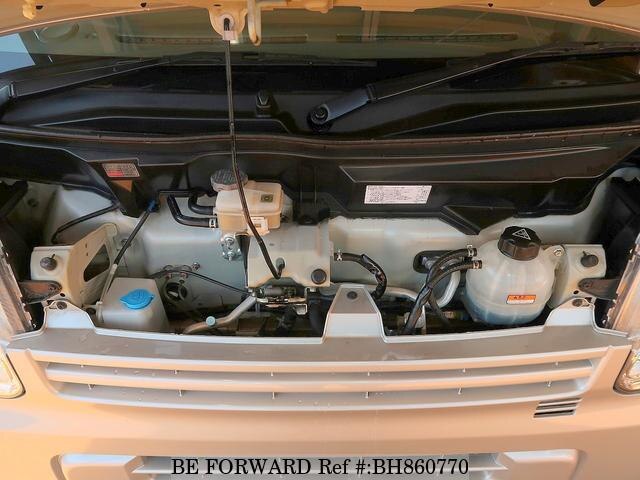 In 2013, the Mazda Scrum truck used a 660cc R06A DOHC, 3-cylinders 12-valves intercooler engine that produces a maximum power output of 57.6 hp @ 5500 and 63.4 lb-ft @ 3500 rpm torque. It also used variable valve timing (VVT) with a 5-speed manual and 3-speed automatic transmission that provided both strength and low fuel consumption. The Mazda Scrum gives great fuel efficiency, excellent driving, and smooth performance with 17.2 km/L mileage when driving automatically and 19.8 km/L manually. Meanwhile, the Mazda Scrum van is fitted with the same engine with a power output of 36 kW (48hp) at 5800 rpm and torque of 62 Nm at 4000 rpm. It delivers 19 km/L mileage for a two-wheel-drive and four-wheel-drive paired with a five-speed auto gear shift transmission.