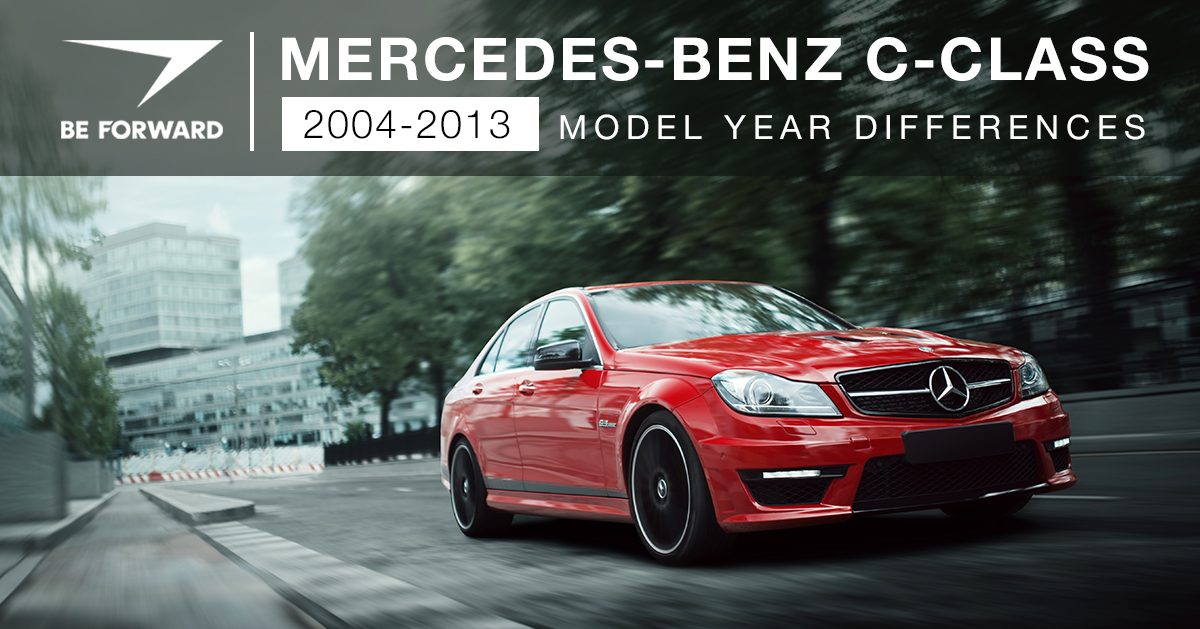 The Mercedes-Benz C-Class is a mid-size executive car produced since 1993. It comes in sedan, wagon, convertible, and coupe form. Drivetrain options include either rear-wheel or AWD, as well as both gasoline and Diesel engines. Of course, the C-Class offers the usual level of Mercedes luxury and build quality.

Now we examine the C-Class from key years 2004 to 2013 to see how the luxury sedan has evolved. 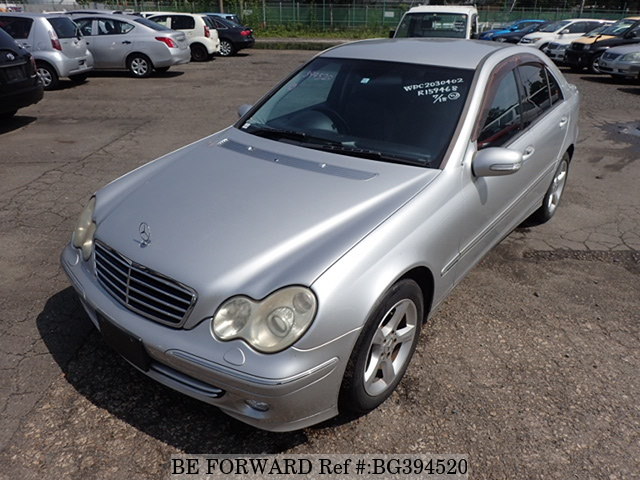 In terms of features, higher-grade variations of the 2004 C-Class feature 17-inch alloy rims. Other typical features, depending on the variation you choose, include a sunroof, leather seating, and an entertainment system with CD player that can be custom upgraded if you prefer to have a DVD player. Other offerings might include power windows and steering, leather seating, along with safety features such as ABS and front side airbags. 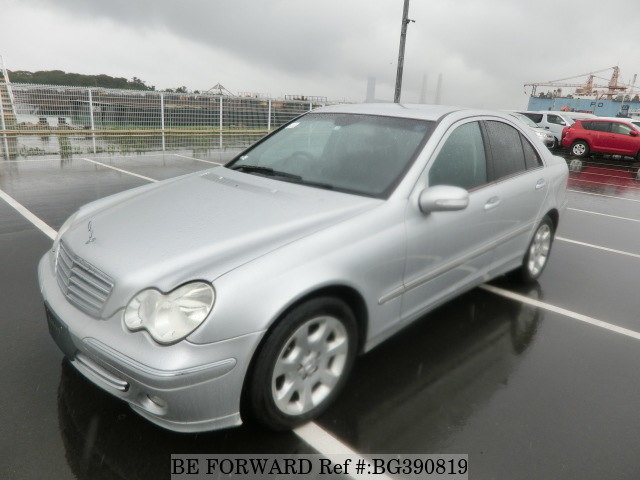 The 2005 Mercedes Benz C-Class ups the power under the hood, showing off its prowess as an industry-leading luxury sedan. The ’05 C-Class model comes in 1.8L, 2.5L, and 3L engine options, offering 163 horsepower, 204 horsepower, and 231 horsepower, respectively. Also offered is the C55 AMG variation, which features a formidable 5.4L V8 engine putting out a monstrous 367 horsepower. Each of these variations comes in a 5-speed AT.

Key features found in the 2005 Mercedes C-Class may include a sound system with radio and CD player, leather seating, powered equipment such as windows, steering, and seating. Standard equipment includes air conditioning, along with driver and passenger side airbags, as well as alloy wheels. 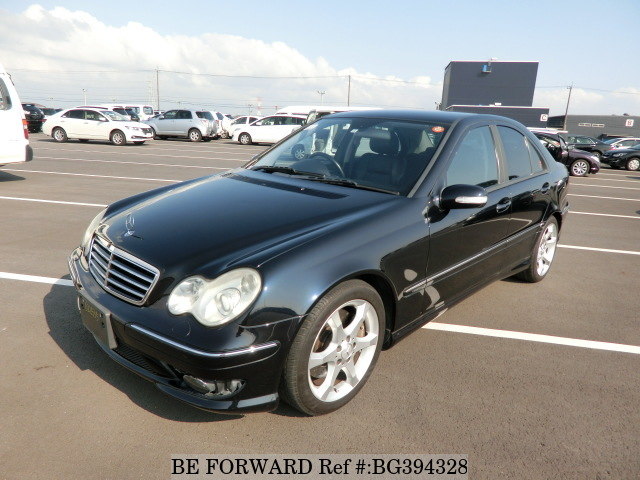 The 2006 Mercedes Benz C-Class is available in your choice of engine displacement between 1.8L to 5.4L, with power outputs ranging between 143 and 367 horsepower. The C280 avant-garde engine variation comes with a 7-speed AT, while the C280 4-Matic avant-garde features full-time 4WD.

Features for the ’06 Mercedes C-Class may include a 2:1 split foldable rear seating, as well as bi-xenon headlights for better driving visibility at night. Other features may include a CD player, power windows, power locks, as well as leather seating. Some models may include steering wheel-mounted controls. Great safety features include airbags and anti-lock brakes. 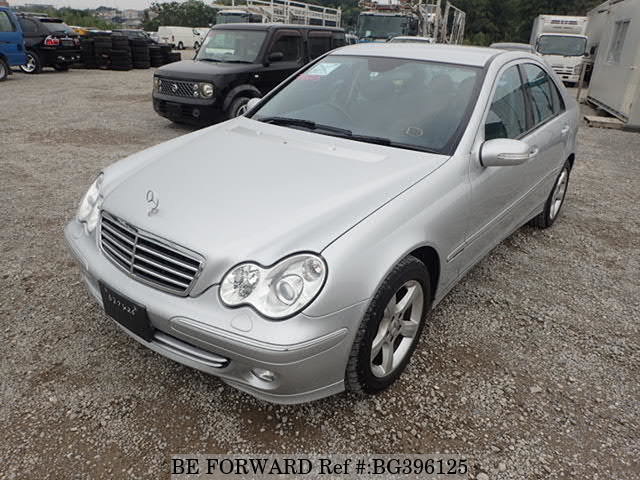 The 2007 Mercedes Benz C-Class sees some major changes for the first time since 2000, impacting both the exterior design as well as the look and feel of the interior. It starts with the sporty-style avant-garde front grille, which is matched with a chrome trim, giving off a feeling of elegance. Choose between a 1.8L engine capable of 184 horsepower, or a 2.5L and 3L V6 engine, capable of 204 and 231 horsepower, respectively.

Some great features making their way into the 2007 C-Class include an HDD navigation system, hands free mobile operation, voice recognition. Models offered by BE FORWARD may include features like a sunroof, leather seating, dual-zone climate control, as well as a woodgrain center console. Safety features include airbags and anti-lock brakes as standard equipment. 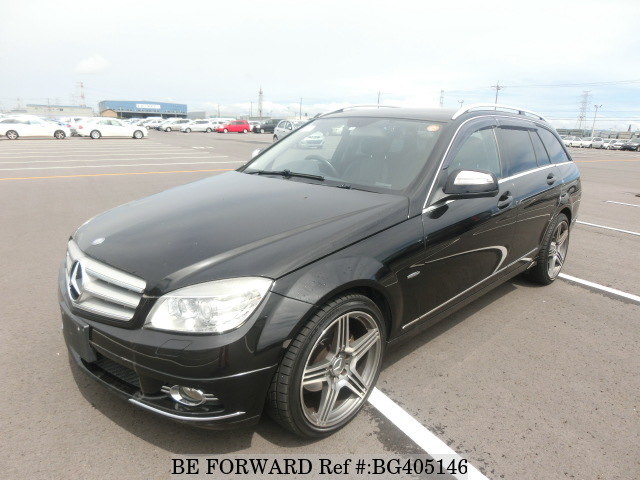 The 2008 Mercedes Benz C-Class is reflective of the model’s ability to only get better with age. In addition to its 1.8L, 2.5L, and 3L engine displacement options, the ’08 C-Class model features a beastly option in the C63 AMG, which boasts a 6.3L V8 engine putting out a highly impressive 450 horsepower. The 2008 model also features dynamic handling to assist in maximum control on the road. A rear camera parking assist function comes standard on all sedan versions of this model year.

Some great features found in the ’08 Mercedes C-Class may include steering wheel-mounted controls, hands-free mobile operation, along with dual climate control. Other amazing equipment can include a high-quality sound system with radio and CD player, leather seating, and stylish alloy wheels. Safety features include an ABS system and airbags for the driver and front passenger. 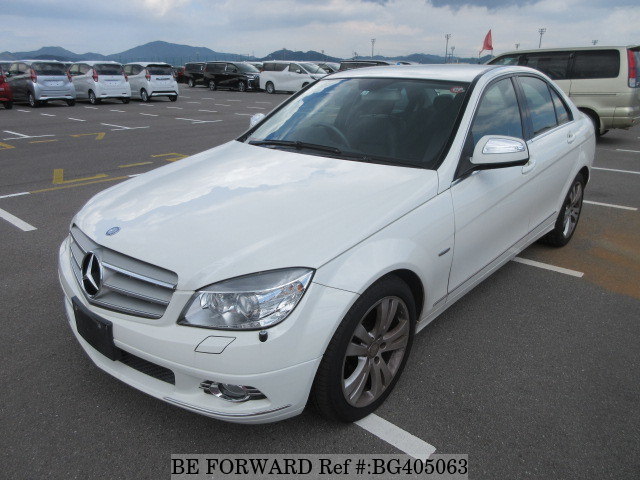 The 2009 Mercedes-Benz C-Class comes in a wide variety of engine specifications to match your desired performance and fuel-efficiency demands. Engine types range from the 1.8L C200 Compressor, to the 3L C300 Avantgarde V6 engine, up to the 6.3L C63 AMG V8 engine. The latter two types offer a 7-speed automatic transmission, and can deliver up to 231 and 457 horsepower respectively.

Some features that can be found in the 2009 Mercedes C-Class may include a CD player with DVD-ready capability, power windows and locks, steering wheel-mounted controls, anti-lock brakes and airbags. Some models offered by BE FORWARD include a spare tire and jack. 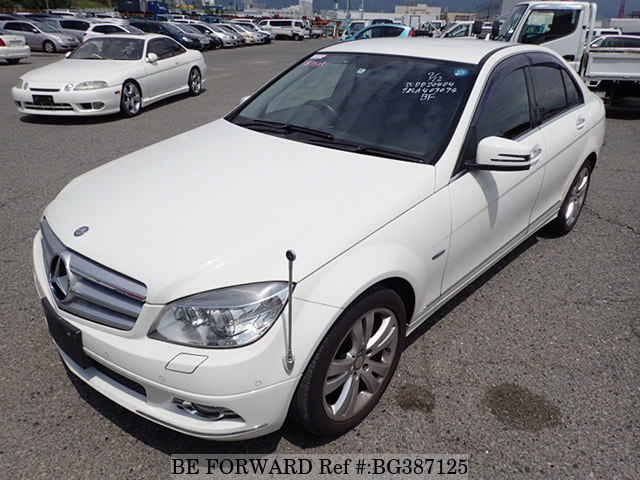 The 2010 Mercedes-Benz C-Class is yet another impressive entry for the legendary luxury sedan series. Featuring some souped-up variations that include a 7-speed automatic C63 AMG model capable of 457 horsepower, the 2010 C-Class can really go when it’s time to dominate the road. Other engine offerings include the 1.8L C200 variation that can deliver 184 horsepower (204hp with direct-injection turbo). The drivetrain system for the 2010 C-Class is rear-wheel, with a five-passenger capacity.

Some great features to be found with the 2010 Mercedes Benz C-Class may include leather seating to further enhance that feeling of luxury. Other impressive features include a sunroof, alloy wheels, fully-powered equipment such as windows and locks, as well as a sound stem with CD player. Standard safety features include airbags and anti-lock brakes. The 2010 C-Class is an amazing vehicle. 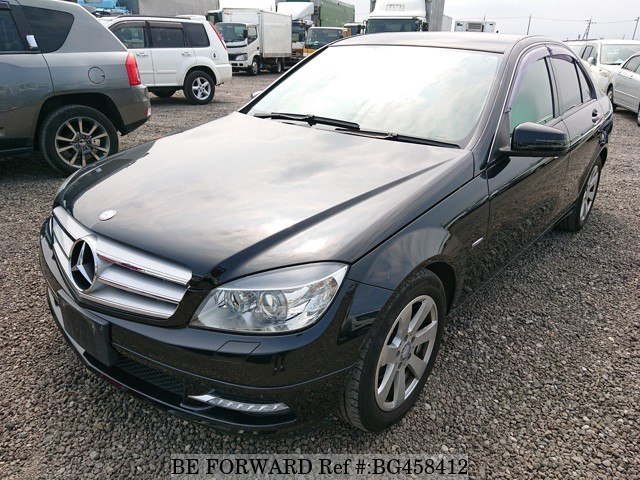 The 2011 variation of Mercedes-Benz’s popular luxury sedan truly puts the “class” in C-Class, all thanks to its exceptional-quality interior and dynamically designed exterior. The 2011 C-Class comes in a variety of engine options; the C180, C200, C250 and C350 Blue Efficiency. All engines offer incredible fuel economy for a vehicle of this type. Depending on the variation you choose, the 2011 Mercedes-Benz C-Class can seat between 4 and 5 passengers.

Different versions of the 2011 model year C-Class offer some unique features that make it truly feel like a one-of-a-kind experience. These features may include multi-function sport steering with paddle shifting, as well as an aluminum shift knob with genuine leather wrapping. Other typical features may include leather interior seats, an entertainment system with CD and DVD playback, along with power windows and air conditioning. Safety equipment includes dual front airbags and anti-lock brakes. 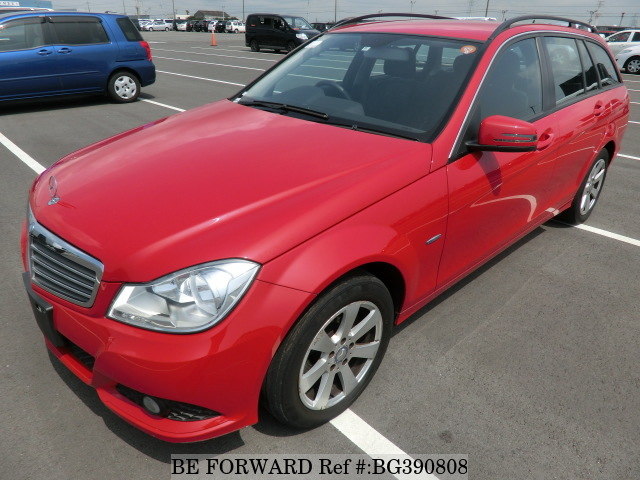 The 2012 Mercedes-Benz C-Class offers a plethora of engine types, from the fuel-efficient base C180 Blue Efficiency 1.8L engine, all the way to the performance-enhanced C63 AMG sport specialty coupe model. In addition to the coupe variations, the 2012 C-Class also comes in a standard 4-door sedan body, but the dynamic exterior gives this sedan a unique look all its own. With a rear-wheel drivetrain and 7-speed automatic transmission, the 2012 Mercedes C-Class can get up and go in almost no time at all.

Many variations of the 2012 Mercedes-Benz C-Class may include features such as steering wheel-mounted controls, sleek leather interior seating, power-adjustable side mirrors, along with power steering and power windows. Other features may include a CD player, air conditioning, and TV with DVD-playback functionality. 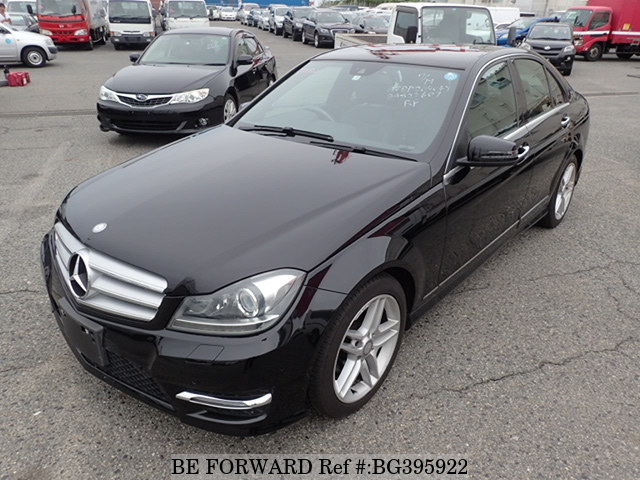 The 2013 Mercedes-Benz C-Class delivers yet another successful edition to the wildly popular luxury sedan’s long line of impressive offerings. With the 2013 version comes a large selection of variations and engine specifications. The 2013 C-Class is available in two body styles; coupe sport specialty and sedan. The coupe version can seat four passengers, while the sedan body style seats five.

The 2013 Mercedes C-Class offers no shortage of features. Some great features offered by this model may include power steering, power windows, keyless entry, as well as a CD player, air conditioning, central locking and alloy wheels. Safety features may include anti-lock brakes, as well as airbags. Choose the 2013 C-Class if you’re looking for the right luxury sedan to combine style and performance.

Is a Mercedes-Benz C-Class Worth the Luxury?

If you want to know if the Mercedes-Benz C-Class is your best option, see how it compares to its luxury counterparts.