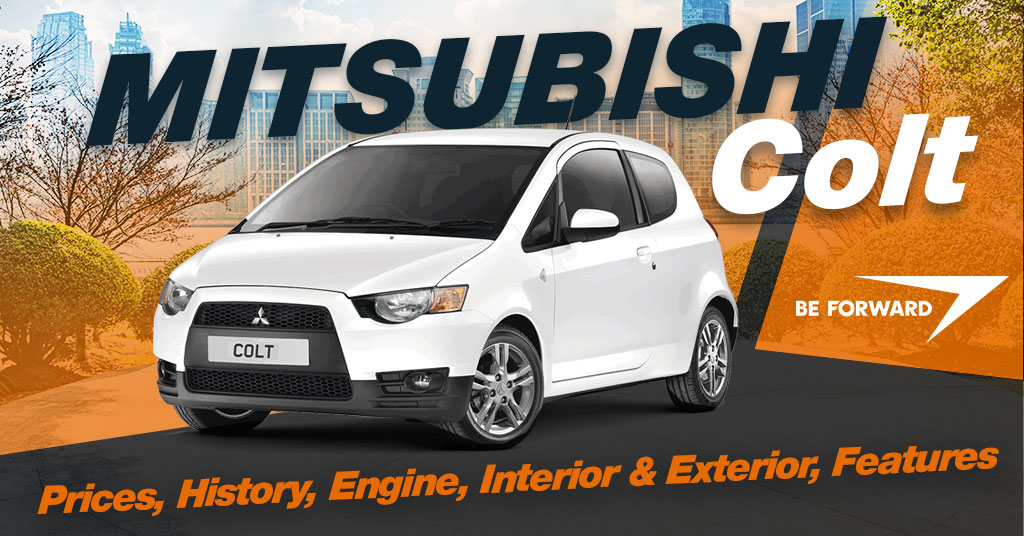 Like other Mitsubishi lines up, Mitsubishi Colt has been extremely reliable and the build quality is excellent. The Colt is good on fuel and it handles well. Comes with 3 engine options, the Colt still stands for the good fuel consumption with a roomy interior and stylish appearance of its class with the Evo-style nose that helps Mitsubishi Cold to stand out on the road. The numerous advancement allows the back seats to be a very versatile car.

In this article we are going to understand the performance, interior, exterior and engine capacity.

Colt Z30’ interior is where Mitsubishi won the race over its rivals. The cabin has enough space for 5 passengers, plenty of headroom and legroom, but the boot space was a bit limited although there was an option for split-folding seats in case you needed extra boot space.

The exterior featured cat-eyed headlights and rectangular beam encasements. Mitsubishi Colt Z30 layout is not shaped randomly but with a sense of uniqueness. The overall design is sleek, complementing quite modern and dandy angular lines. Giving a sense of more space inside the cabin not only has the inclined bonnet along with a slanted windscreen but also assists in increasing the driving visibility.

In 2006, Mitsubishi released a facelift version of the seventh generation Colt which is the Colt Ralliart Version-R in Japan. The Ralliart was later released in Europe in 2008. It is a sporty trim and for the first time, Mitsubishi offered a sporty trim for a 5-door.

The front seats were Recaro bucket seats while on the rear; the seats were for two passengers, unlike the normal three-passenger seat.

Space is one of the strengths of Mitsubishi Colt. Four tall passengers can sit in the car comfortably with enough legroom and headspace. The dashboard is attractive and with easy to use knobs, and the materials it’s made from are far more attractive than those of older Mitsubishi’s.

The front features are identical to those of the Mitsubishi Lancer especially the headlamps and the taillights were also redesigned. The redesigned Colt’s body has a stiffened body shell and it bears some sports-tuned suspensions and a thicker front stabilizer bar. The Ralliart was fitted with low-profile, high-grip 16-inch tires.

Depending on the chosen body type, the 2010 Mitsubishi Colt Plus dimensions do vary. The standard width and height are 1695mm x 1550mm.

The 2010 Mitsubishi Colt Plus interior design is very stylish and fancy with an elegant touch. Standard and optional features on the colt include a smart key with push-start system, a touch screen infotainment system that gives out a more technical look to this high-tech car. Bluetooth and HDMI are also available along with a GSP guide system.

Other features found in the 2010 Mitsubishi Colt are a radio and a rearview camera. The screen will show you to rearview every time you reverse which is another great feature for parking. A decent stereo system with a USB port is also present.

This vehicle has the ability to accommodate 5 people at once with ample leg- and shoulder room. The Colt has enough cargo space that can be extended by folding flat the rear seats.

The exterior of Mitsubishi Colt Plus is attractive and stylishly designed. The most noticeable features are the LED daytime running lights and bright LED taillights. This decorated wagon has 5 doors 2 on each side and a rear tailgate.