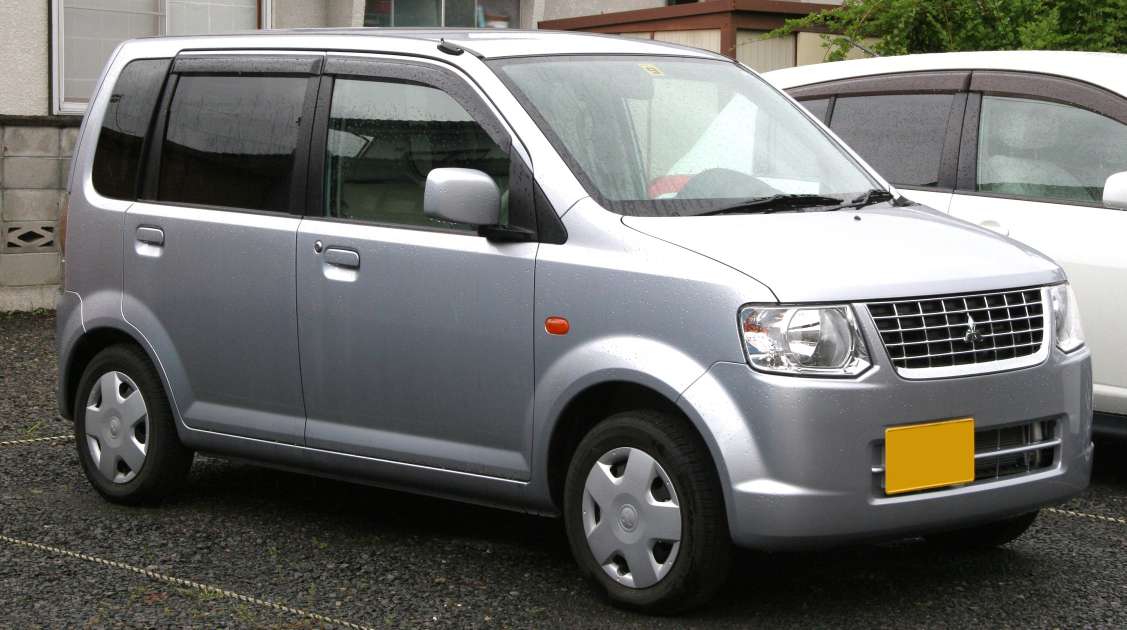 The EK wagon was introduced in the last quarter of 2001. It is equipped with the 0.7L inline three-cylinder 12-valve 3G83 SOHC engine that produces 29 KW (39 HP) at 6000 rpm. The engine was attached to a 5-speed manual, 3-speed automatic, or 4-speed automatic transmission. Underneath the MacPherson strut front suspension and the three-link trailing arm at the rear suspension gave the EK wagon brisk and nimble handling. The EK wagon is available in either 2WD or 4WD.

4WD models feature the Mitsubishi Motors “Easy Select all-wheel-drive system” whereby the driver can easily switch between 2WD and 4WD-High at the touch of a lever even at a speed of 80 km/h, meeting different road surface conditions.

The 5-speed manual transmission models are fitted with a Lo-Hi range transfer.

The interior was innovative in itself as it came with a large center-meter instrument display with a mini trash box. The cabin is lengthy with a long roof at a height of 1550 mm it afforded comfortable seating for four adults. At the front the EK wagon had a bench seat, this was possible due to the EK wagon having a column shifter and a pedal parking brake.

Safety of the EK wagon is outstanding as it came with the RISE impact-safety body, ABS brake assist, SRS airbags for both driver and front passenger, and anti-trapping power windows. 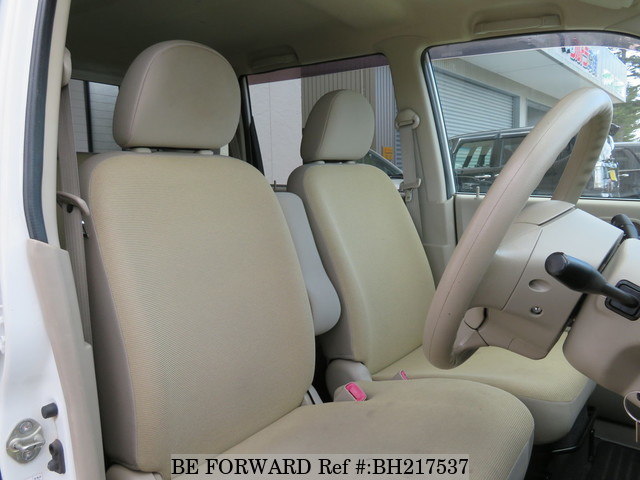 Safety of the EK wagon is outstanding as it came with the RISE impact-safety body, ABS brake assist, SRS airbags for both driver and front passenger, and anti-trapping power windows.

In September 2006, Mitsubishi released the second generation (produced from 2006 to 2013) of the EK wagon. Due to the popularity of the styling of the previous model Mitsubishi designers chose to change only some features, such as the transmission selector which was moved from the steering column and was placed at the dash making shifting easier and allowing ease of access via the walk-through outboard of the front passenger seat. At the rear, the 2006 EK was fitted with LED combination lights. 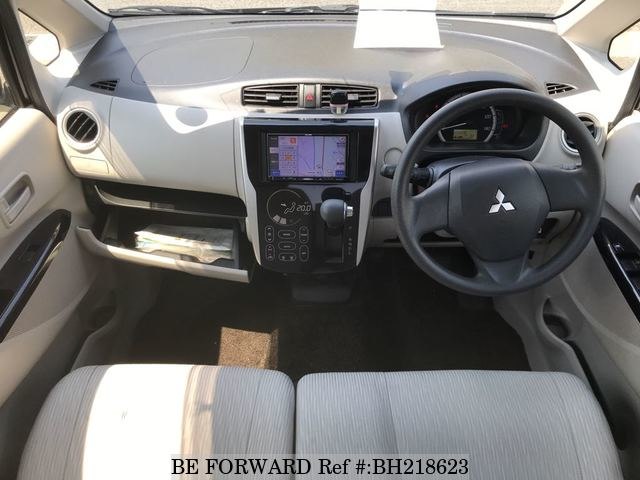 The interior environment was made more comfortable by introducing deodorizing clean air filter and deodorizing head lining. Another new is the solar control glass and the use of Oeko-Tex standard 100 certified seat upholstery.

The third generation EK wagon was released in June 2013. The new tall EK wagon brought unprecedented levels of quality, economic efficiency, and easy maneuverability conventional minicars. The look of the 2013 EK wagon has been refined, the interior is comfortable and driving is easy-to-drive.

With new technologies such as cutting-edge fuel economy, Auto Stop & Go idle-stop system and others, the new EK wagon has achieved the best in its class high fuel efficiency of 29.2 km/l. 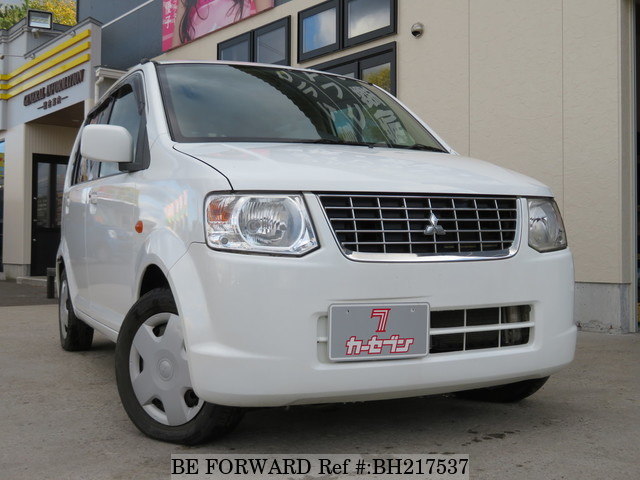 The exterior of the 2013 EK wagon has a lively and dynamic appearance. The headlamps are finely designed giving an impressive combination with the chrome grille. They also feature a reflector that sparkles like a pupil in the middle of the eye. At the rear, the EK wagon has a larger bumper, rear spoiler, and side air dams that give it a muscular and stable appearance.

The 2013 EK wagon features an interior that is airy and open with soft-shape trim. The dash has an easy to use center panel with piano black finishing with automatic climate control. The front seats provide optimum occupant location to reduce fatigue on long trips, while the rear sofa-like seats offer comfort and ample support for lower limbs. With an increased wheelbase and height, the 2013 EK wagon offers a more comfortable space than the previous models.

The windshield screen and the front door windows feature UV-reducing glass which cut out some percent of ultraviolet radiation.

The 2013 EK wagon has a good safety rating, thanks to the Mitsubishi RISE safety body that combines front end structure designed to absorb impact energy with high strength cabin structure. The engine bay and the front bumper employ impact-absorbing structures that mitigate head and leg injuries for pedestrians and passengers. The EK wagon is fitted with SRS airbags for front passenger and driver. ABS, EBD set of brake assists and Active Stability Control (ASC) are some other safety features that are on the 2013 EK wagon.

The 2013 EK wagon comes with an all-new MIVEC engine, the 12 valves 0.7L inline 3-cylinder 3B20 OHC MIVEC engine that produces 38 KW (51 HP) at 7000 rpm, with average fuel consumption of 3.8L/100 KM (2WD, 4WD, and Turbocharged version vary in consumption). This engine was attached to either an automatic or the INVECS-III CVT with sub-gear train transmission.