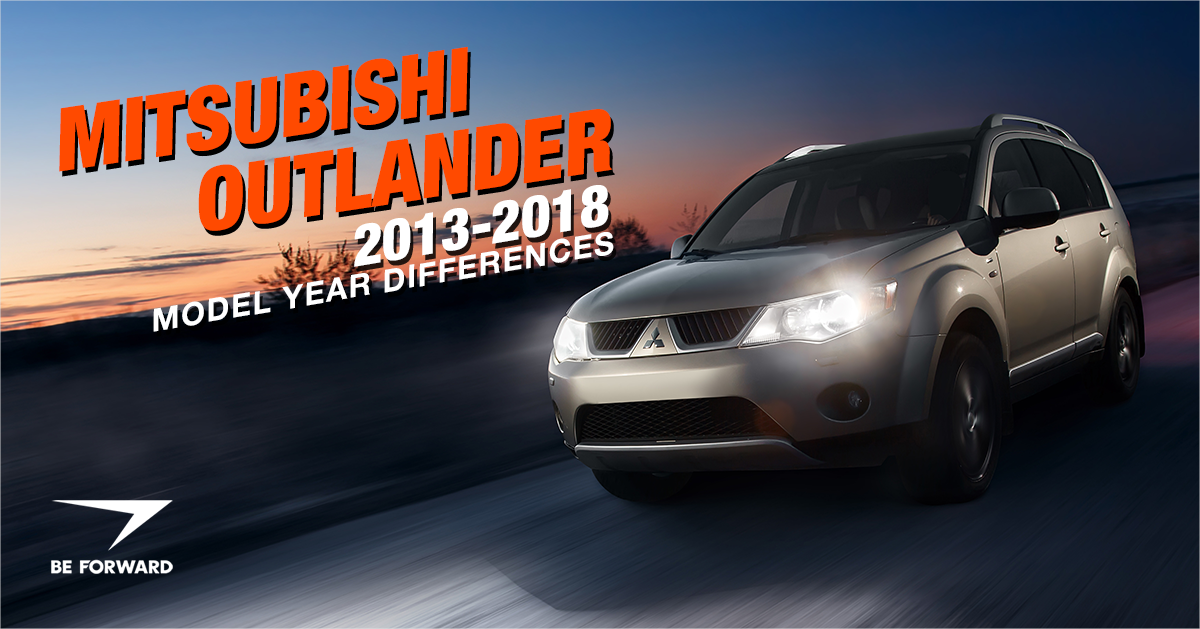 The Outlander is Mitsubishi’s premium on-road SUV, designed with drivability, comfort, and utility in mind. It became a fan favorite as soon as it was first introduced in 2005. Additionally, new models have become more fuel efficient thanks to a lighter body; combining environmental friendliness with impeccable driving performance. Over the years, Mitsubishi has kept the same seating options for the Outlander while continuing to improve everything else.

But just how has it changed over the years? Which model years work best for your needs? Find out by looking at key years 2013-2018 with the help of BE FORWARD. 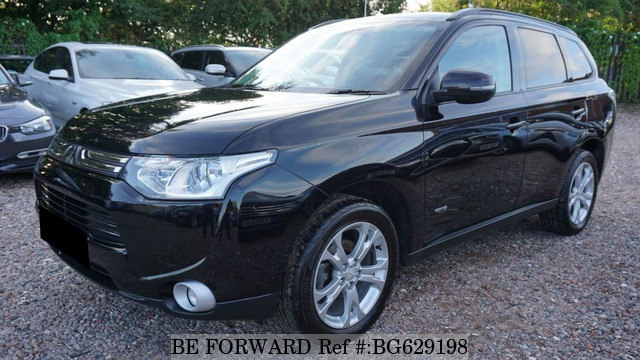 The 2013 Mitsubishi Outlander has three grades available: ES, SE, and the GT. The ES and SE are powered by a 2.4L inline four-cylinder engine, while the GT has a 3.0L V6. The ES and SEs also come with a Continuously Variable Transmission (CVT), whereas the GT’s V6 uses a more traditional six-speed automatic. All are available in manual options, and while the SE and GT have options for AWD, the 2013 Outlander ES only comes in an FF model. The 2013 Mitsubishi Outlander makes many safety options standard, such as stability and traction control systems, front-seat side and side-curtain airbags, anti-lock braking systems, and anti-roll bars in both the front and rear. It comes with several excellent modern entertainment options as well, including a rear-seat entertainment system, full in-stereo navigation, and internal server with over 40 gigabytes of memory. 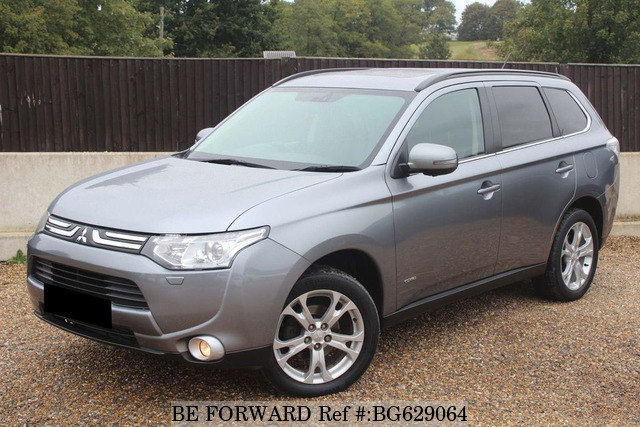 The 2014 Mitsubishi Outlander is a member of the model’s third generation (GF/GG/ZJ/ZK; 2013–present), with the model code CVT-AWD-SR and an average fuel economy of 10.6 km/l.

The Mitsubishi Outlander has seen some excellent improvements in its 2014 models, upping fuel economy in both the 2.4L inline four-cylinder engine model as well as the 3L V6 model. The newly redesigned interior includes both a sleeker, more refined finish, as well as some much wanted features, like telescopic steering wheel and standard third-row seats. There are also optional additional high tech safety features, such as E-assist with lane departure warning systems that alert you when you’re drifting and auto correct you after the preceding vehicle, and Collision Damage Reduction braking, which uses dynamic sensors to add valuable reaction time and slow or stop a potential collision. The Active Stability Control (ASC) is also optional, helping stabilize the vehicle in wet weather to prevent side skidding, while a damper with a built-in rebound spring optimizes the suspension and improves handling. 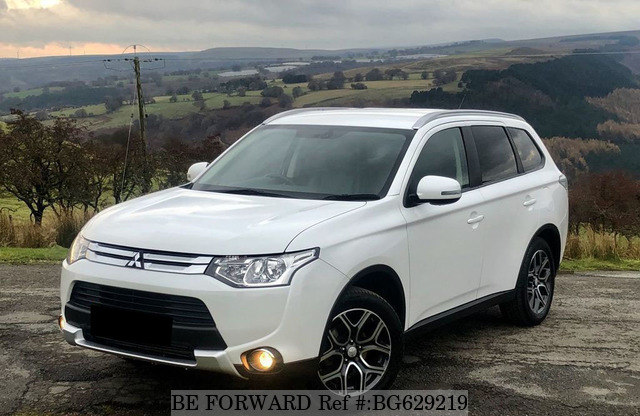 The 2015 Mitsubishi Outlander continues on its journey of self-improvement. This time, with the addition of the 20G Safety Package, the front design has been renewed, and powertrain, body, and chassis have been honed to improve quietness, acceleration, handling stability, comfort, and fuel efficiency. No interior detail has been forgotten, changing the design of the fabric seat and adding stitches to the sides of the driver’s and passenger’s seat, even optimizing the firmness of the seat cushion. Unchanged is the Outlander’s classic engine lineup, with the ES/SE utilizing a 2.4L inline four-cylinder engine while the premium GT Line uses a 3.0L V6. There are options for both AWD and FF, with a CVT for excellent fuel economy and performance. In addition, the 2015 sees Mitsubishi’s “Fuse” voice command system and Bluetooth as newly standard features. 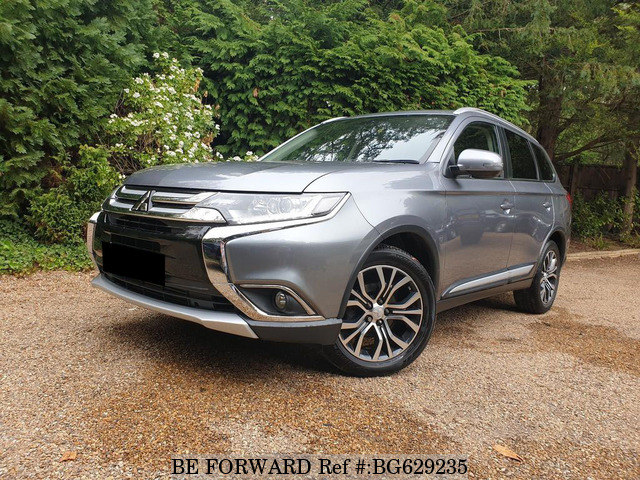 An additional upgrade level is added to the 2016 Mitsubishi Outlander, changing to four levels of this much-beloved SUV: The basic ES, SE, and SEL (all coming standard with a 2.4L inline four-cylinder engine with CVT), and the premium GT class with V6 engine. The exterior has been elevated to include new standard alloy wheels, updated front and rear fascias, LED running lights and taillights, and exclusive LED headlights for the GT. Mitsubishi has also updated the old navigation interface and made the second-row seat easier to fold back for more storage. The 2016 Outlander continues to excel in safety tests, earning a five-star rating in overall crash protection, with optional Lane-Departure Assist and E-Assist systems adding to the already standard traction control and Anti-Lock Braking systems to advance safety ratings even further. 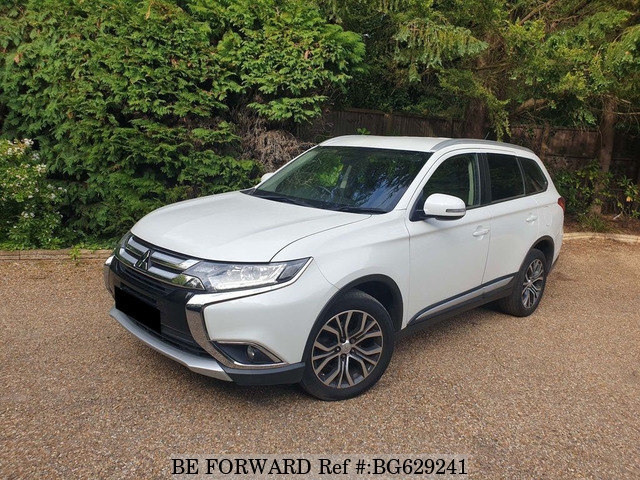 The 2017 Mitsubishi Outlander increases basic features dramatically, including and not limited to: cruise control, dual-zone automatic climate control, leather-wrapped tilt-and-telescoping steering wheel, 60/40 split folding second-row seat with sliding function, 50/50 split third-row seat, back-up camera, voice controls, Bluetooth connectivity, six-speaker sound system with 6.1-inch touchscreen display, CD player, and a USB port all coming standard on all models. Like previous years, only the top class GT comes with a 3L V6, while the other three grades employ a 2.4L inline four-cylinder engine with CVT. The interior is further improved by focusing on a Japanese lacquer box motif to elevate the look and feel of the center console. In addition, by changing the sensor for the Collision Damage Reduction System from a millimeter wave radar to a system that uses both a camera and a laser radar, Mitsubishi has been able to add a pedestrian detection function and improve collision avoidance. 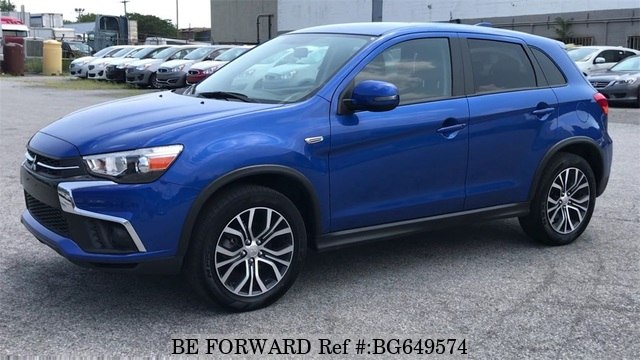 A Limited Edition adds itself to the lineup of the 2018 Mitsubishi Outlander series, creating a final five levels for this generation: The premium GT, the midlevel SE and SEL, and the basic ES, along with the new LE. The GT is the only model with the coveted 3L V6; all others come standard with a 2.4L inline four-cylinder engine with CVT. Both the interior and exterior have several redesigned areas including the instrument panel, radiator grille, and headlamps. The navigation console has also been updated to a 7-inch screen standard on all models, while additional compatibility with Apple CarPlay and Android Auto come standard on all but the ES. The interior fabric has also been beautifully enhanced, with the armrest, meter hood, steering wheel, and shift knob changed to a lovely silver stitch to enhance the sense of luxury.

Are You in Love with the Mitsubishi Outlander Yet?

This luxury SUV has all the bells and whistles that makes it both stylish and functional for any situation. Put it to the test by comparing it to BE FORWARD’s other leading SUV models in the articles below!