Nissan Bluebird is a mid-sized sedan built by the Japanese motoring giant Nissan Motors since 1959, and ceased production in 2001. The earliest Bluebird was known as the Datsun Bluebird (310). It was a 4-door, 5-seats sedan that came with an inline 4-cylinder 1.2-liter engine that produced 32kW (43 hp) at 4800 rpm. This engine transferred power to the gearbox via a 3-speed manual column shift transmission. This model was famous for its appealing style and comfortable ride offered by the independent front-wheel suspension.

The second-generation Datsun Bluebird (410) was released in 1963 and was available as a 2-door and 4-door sedan, or 5-door wagon. This model came with the same engine as the previous Bluebird 310, but a later upgrade, the Bluebird P411 came with a new inline 4-cylinder 1.3-liter J-series engine that produced 53kW (71 hp) at 6000 rpm and was mated with a 3-speed manual transmission. This Bluebird 410 featured Pininfarina styling which gave it a global appeal that boosted its sales. This model was much lighter than the previous 310 model, its monocoque construction, short rear, and front overhangs, and a longer wheelbase.

In 1967 at the Tokyo motor show, Nissan released the Bluebird 510 series famously known as the Datsun 1600. This model was available in either 2-door and 4-door sedan, or 5-door wagon, and in later models was also available as a 2-door coupe. Under the hood, the Bluebird 510 is fitted with an inline 4-cylinder 1.6-liter OHC (Overhead Cam) engine that produces 68 kW (91 hp) at 6000 rpm. Underneath the Datsun 1600 was fitted with four-wheel independent suspension. The Bluebird “Five-Ten” 510 sold handsomely globally and it ended up proving to be the most famous of all Bluebirds. In 1970 the Datsun 1600 won the 18th East African Safari Rally.

In 1969 the Bluebird 510 received some upgrades, with the clap-hand wipers being replaced with the parallel pattern wipers, and the taillights were made much larger and the front grille was revised as well. Another upgrade got in the way in early 1970 which saw the introduction of a new front grille, larger front signal lights, and an all-new plastic dashboard with a circular speedometer replacing the strip-style speedometer. 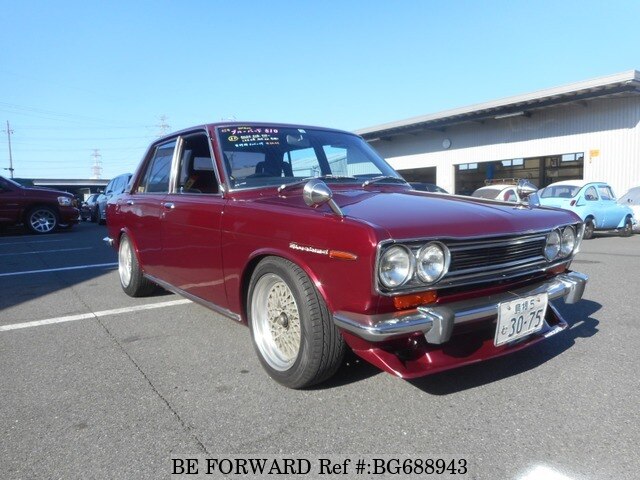 The Bluebird U had a longer front end, Nissan also concentrated on improving interior equipment with some mid-Atlantic styling. Underneath the Bluebird features McPherson strut front suspension and semi trailing-arm at the rear.

Nissan released the 200B (P810) Bluebird in 1976. This release had options of a 4-door sedan, 2-door SSS coupe, or 5-door wagon. Apart from the newly designed body and interior, this Bluebird came with three engine choices, the 160B, 180B, and 200B. The 180B was the standard engine, it’s a 4-cylinder 1.8-liter OHC engine that produced 85 kW (114 hp) at 6200 rpm. In this model, Nissan introduced some technologies such as Electronic Controlled Gas Injection, seatbelts with Emergency Locking Retractor (ELR), and Nissan’s Anti-Pollution System (NAPS) in trying to cater for the regulatory requirements.

Underneath the Bluebird 810 was equipped with McPherson strut suspension at the front and independent semi-trailing arms at the rear.

In late 1979 Nissan released Bluebird 910. A conventional, high-quality built car featuring some straight-line (boxy) styling that ended up achieving top spot sales in the compact vehicle class for 27 consecutive months (November 1979 – February 1982). This Bluebird was available as a 4-door sedan or a 5-door wagon; they all came with a 1.6-liter, 1.8-liter, or 2.0-liter inline 4-cylinder engines that transferred power to the rear wheels via a 4-speed or 5-speed manual and 3-speed automatic transmission.

Underneath the Bluebird 910 was fitted with zero-scrub suspension which improved its drive stability.

In 1983 Nissan released Nissan Bluebird U11 available as a 4-door sedan or 5-door wagon. This model came with either a 4-cylinder or 6-cylinder engine. It was then followed with the release of the Nissan Bluebird U12 in 1987 which came with a 1.8-liter or 2.0-liter 4-cylinder naturally aspirated or turbocharged engine. This model had 4WD as an option and was available as a 4-door hardtop sedan. 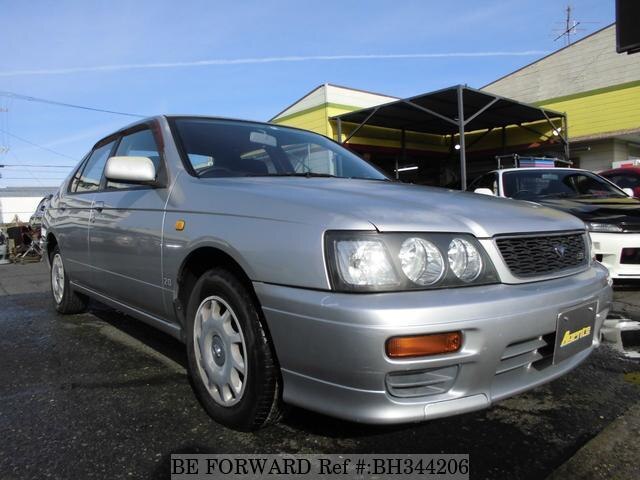