In 1965 the Japanese Motor company Prince Motors began manufacturing a light commercial van and named it the Prince Homy. In 1966, Prince Motors and Nissan merged, and later that year Nissan acquired the Homy as Nissan didn’t have a large passenger platform. After acquiring the Homy, Nissan badge-engineered the Prince Homy as the Caravan, and after completing the merge in 1970, the Prince Homy name changed to Nissan Caravan (also known as Nissan (Datsun before 1984) Urvan in other export markets outside Japan).

What began as the Prince Homy B640 later became Nissan Homy T20, and later in 1972 the car was classified as a commercial vehicle in compliance with the new Japanese road traffic law introduced in 1970. 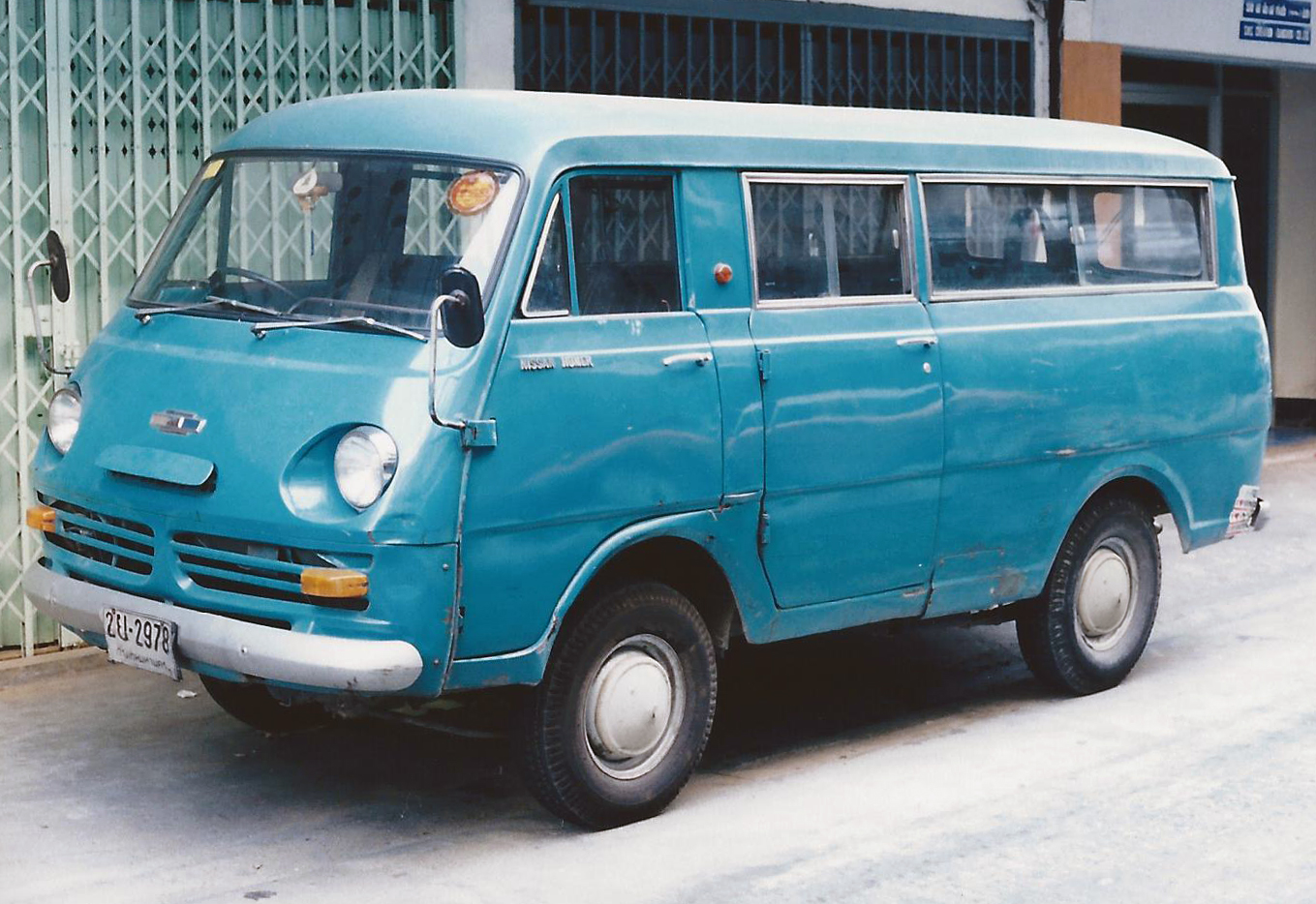 Nissan Caravan E23 is the third-generation Caravan that was unveiled in August 1980. The Caravan E23 was available in several body styles such as the 4-door 6/9-seater Caravan Van Hi-roof, the Caravan Coach 9-seater, or the luxurious 8Ride Silk Road sunroof. The early E23 came fitted with either an inline 4-cylinder 1.6-liter J16 or 2.0-liter Z20S petrol engine, 2.0-liter SD23 diesel engine, or the turbocharged 2.0-liter LD20T diesel engine. These engines were attached to 5-speed or 4-speed manual transmission.

In 1986 Nissan released the fourth-generation Caravan, the E24. The Caravan E24 was available in many body styles and settings such as the 4-door cargo van, a 4-door 8-seater coach, a 4-door 8-seater Silkroad Limousine, and a 4-door 15-passenger. The earlier Caravan E24 came fitted with the naturally aspirated 2.0-liter Z20S petrol or the 2.0-liter turbocharged LD20T that was also used in the previous E23. In 1987 a new turbocharged 2.7-liter TD27 diesel was introduced, followed by the introduction of the inline 4-cylinder 3.2-liter QD32 diesel engine that produced 74 kW (99 hp) at 3600 rpm. These engines transferred power to the rear wheel via a 4/5-speed manual or 4-speed automatic transmission.

In the following years, the E24 kept being upgraded annually, with improvements such as interior upgrades, Cruise Control, larger wheels, Digital Speedometer, and upholstery. 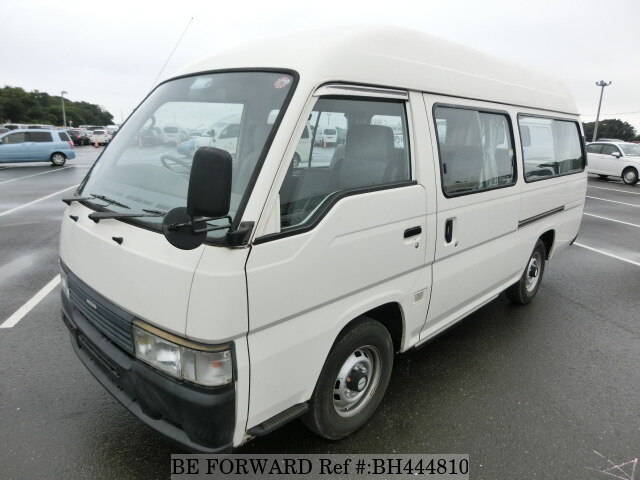 Nissan released the fifth-generation Caravan (E25) in 2001. The caravan E25 model production lasted 11 years, and over the years underwent several upgrades on the engine, body, chassis, and suspension. The earlier E25 were available as 4-doors and several trim styles such as DX, GX, DX Super Long, Van Long Body, and Silk Road GX. These models came fitted with either an inline 4-cylinder 2.0-liter KA20DE that produces 92 kW (125 hp) at 5200 rpm or 2.4-liter KA24DE that produces 114 kW (155 hp) at 5400 rpm gasoline engines and the 3.0-liter ZD30DD that produced 77 kW (103 hp) at 3800 rpm diesel engine. Underneath these earlier Caravan E25 were fitted with double-wishbone front suspension and rigid reef on the rear. Later models were 5-doors and were available in Super DX, Super GX, Van Long Body, Rider, Silkroad GX, Personal Chair Cab, and DX V-limited II. These were fitted with inline 4-cylinder 2.0-liter KA20DE, 2.4-liter KA24DE that used in the earlier models, but some were also fitted with new inline 4-cylinder 2.0-liter QR20DE petrol that produces 100 kW (134 hp) at 6000 rpm, 2.5-liter QR25 petrol that produces 149 kW (200 hp) at 6000 rpm and the turbocharged ZD30DDTi diesel that produces 96 kW (129 hp) at 3450 rpm. All these engines transmitted power to the rear wheels via a 4-speed automatic or 5-speed manual transmission. 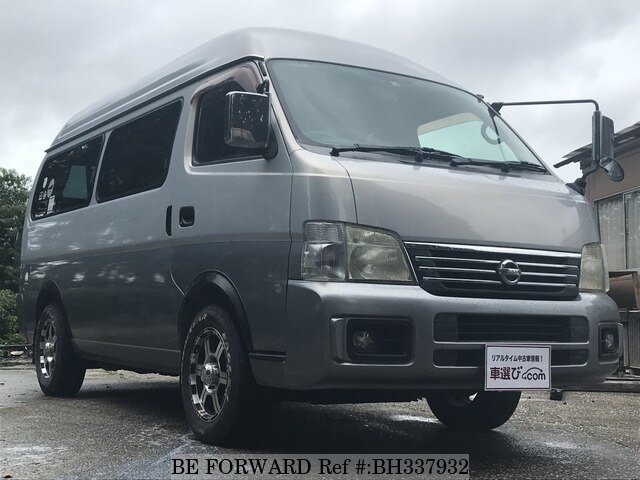 The sixth-generation Nissan Caravan (E26/NV350) was released in 2012 at the Tokyo Motor show. The E26/NV350 model is available as a short or long wheelbase and a low or high roof 4-door 10 passenger wagon or 5-door 3(6)-passenger cargo-carrying vans. This model came fitted with an inline 4-cylinder 2.0-liter QR20DE or 2.5-liter QR25DE petrol engines that were also fitted in the previous E25 model and an inline 4-cylinder turbocharged 2.5-liter YD25DDTi diesel engine that produces 140 kW (188 hp) at 4000 rpm. Power from the engines is transferred to the rear wheels via a 4(5)-speed automatic or 5-speed manual gearbox.

Nissan has made the Caravan E26/NV350 interior space as square as possible to maximize interior space, but the corners on the exterior were rounded to give this model a reasonably stylish appearance. The Van’s rear side pop-up windows are smoothed with tinted glass. At the front, the E26/NV350 features a large grille that is chrome plated on some models and has the same color as the car in other models.

The front row seats are narrow but comfortable, while the rear seats are arranged in two rows of two on the right and a single seat on the left, with one foldable to give way for rear passengers to access the three rear seats.

If you need a large luggage space then you are advised to go for the long-wheelbase as the short wheelbase has little space for luggage. 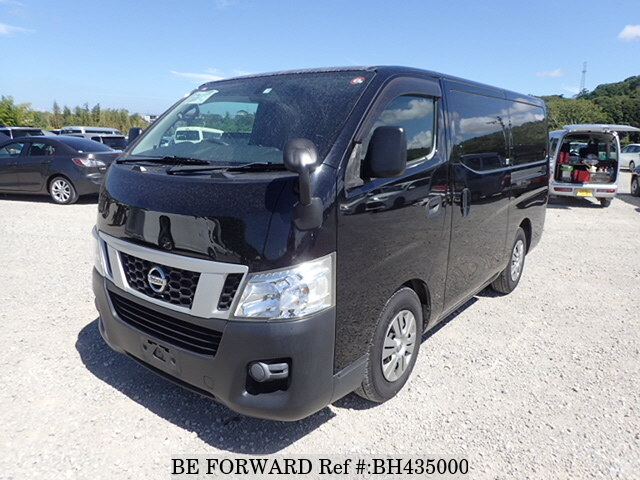 ALL NISSAN CARAVAN FOR SALE