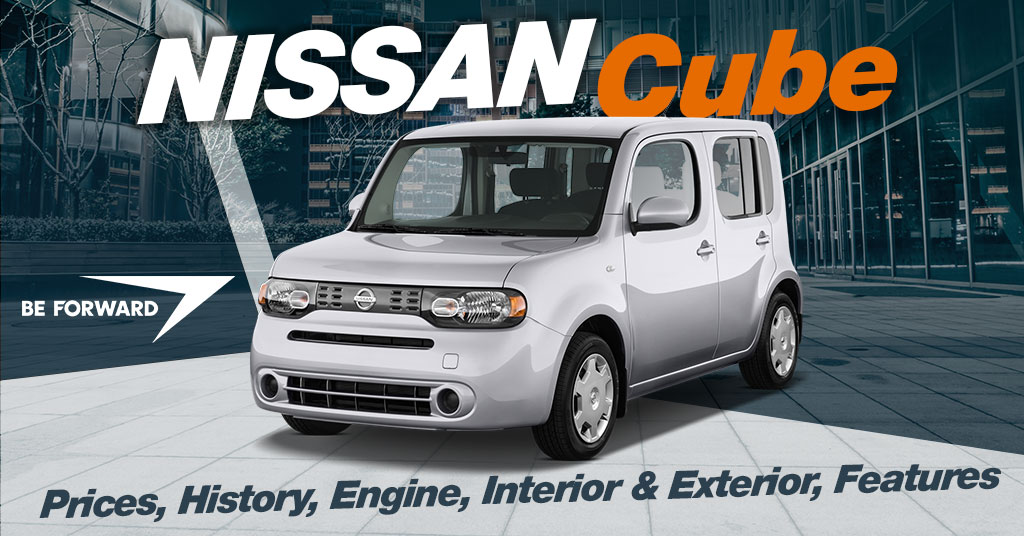 The Nissan Cube set the standards for compact automobiles and has won the hearts of buyers and users. Thanks to a shape that flawlessly matches its tag name and roomy interior, comfortable seating options, and high-end cabin features. The Cube has sufficient room for tall passengers and adults in its backseat. And if you fold the seats back down, it can carry a lot of stuff, too. Nonetheless, the Cube’s pricing is started from USD 720.

In this article, we will get to know more about the features such as interior, exterior, engine, etc.

The Cube has a cavernous interior with whimsical details that were put in place to target the young, but with the ease of access to the cabin, this makes it an attractive option for buyers of all ages who have problems climbing in and out of conventional cars. With a high roof and its wheels pushed to the edges this produced maximum interior space. The Z10 cube has a center-mounted reversing camera, a column shift for its gearbox, and a foot-operated parking brake that frees up space between passenger and driver’s seat giving room for storage bins that are so useful for storage, one compartment under the passenger seat, and another under the armrest. The rear seats can fold flat, extending the boot.

The interior of the Z11 is larger compared to that of the previous Z10, and that equates to more space. Some other optional interior features include an Ion filter (Air Ionizer) that cleanses the air, satellite navigation system, power mirrors, power windows, central locking, smart key access, and steering wheel button controls.

The exterior of the Cube Z11 is curvy and angular, at the front, the cube has 12 optional grille styles to cater to different tastes. The body kits and fender flares also come in different styles and the wheels can be either 14 or 15-inch.

The cube Z12’s interior is spacious with dual front seats and 3 seats at the rear that can slide and recline into a theatre style. The interior mirrors are unique and the gauges are asymmetrical, the accents are “waterdrop” and the detachable multi-hooks for storage are some of the extras.

The Nissan Cube third-generation (Z12) comes with an auxiliary input jack and 2-speaker stereo. Optional features include a USB port, push-button start, a touch-screen navigation system, and a rearview camera. Most of the Cube’s competitors come fitted with 4-speaker stereos, but the Cube is fitted with a set of 6 optional speakers.

Most drivers are satisfied with the Z12 Cube’s interior features. With all seats in use, the Cube Z12 has 11.4 cubic feet of cargo space. The cargo area expands to 58.1 cubic feet with the back seats down, which is exciting for the class. The Cube offers sufficient boot space and there are plenty of interior cubbies.

The third generation Z12 Cube’s cabin is very spacious and comfortable. The first row seats are spacious. In nearly every direction the visibility is good except the back left corner, where the back headrests can obstruct the driver’s view. Also, the back seats have a lot of adequate knee room and headroom.

The third generation Z12 rear styling is curvy and roundy in the lopsided back window which wraps around to the driver side, passenger side, and in and front-passenger windows.

The first-generation Nissan Cube known as the Z10 was produced from 1998 to 2002. The Cube Z10 came fitted with a naturally aspirated inline 1.3L CG13DE or CGA3DE engine that produced 81 hp at 6000 rpm and has an average fuel consumption of 14.7 Km/L. These engines transfer power to the wheels via a 4-speed automatic or CVT transmission with 4WD drivetrain as an option.

The third-generation Nissan Cube was unveiled in late 2008 at the Los Angeles Auto show as a 2009 model that was produced until 2019.

The Cube Z12 that were sold on the Japanese local market were equipped with the same naturally aspirated 1.5L HR15DE that was used in later models of the previous Cube Z11, but in some other markets, there were some other optional engines such as the inline 1.6L HR16DE, 1.8L MR18DE petrol, and the 1.5L K9K dCi diesel engines. These engines are attached to the previous 4-speed automatic, or the optional 5-speed manual, 6-speed manual, or CVT transmissions.

The same as all Nissan Cars, the Cube Z12 has several standard safety features such as the front airbags for driver and passenger, side-impact airbags that use the advanced airbag system (AABS), anti-lock brakes, tire pressure monitoring system, seat-belt pre-tensioners, stability control, and traction control.

The Nissan Cube is a great choice for urban driving and some long journeys due to its better fuel economy and engine performance. With good horsepower and torque, it is not a better option for off-road experiences but better for highway.The Nissan Cube is slightly cheaper and offers more passenger comfort with a big cabin and interior features. This is a good choice if you want a Cube mostly for city driving. Please visit BE FORWARD to check out our used Nissan Cube for sale.