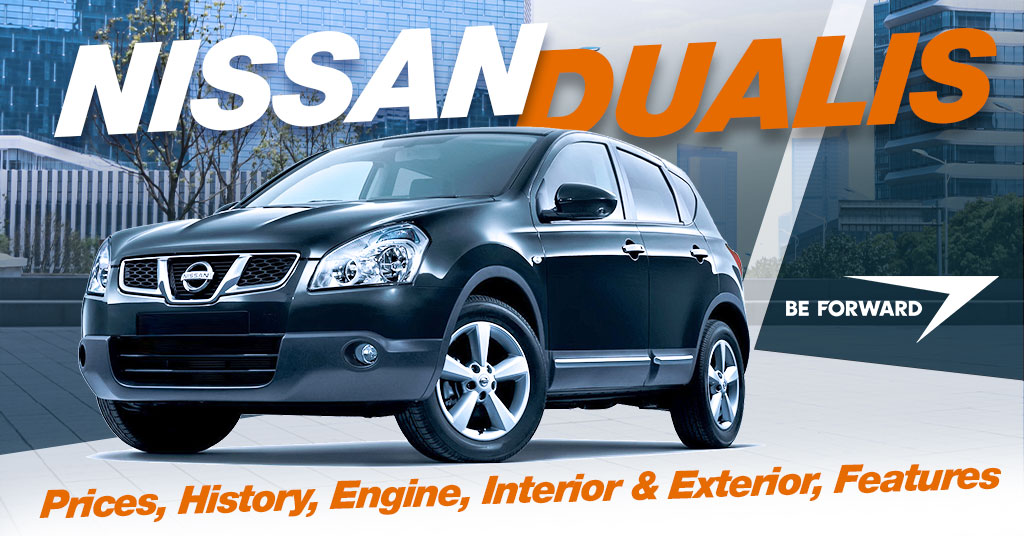 Nissan Dualis (also known as Nissan Qashqai in other markets excluding Japan and Australia) is a Compact Crossover SUV manufactured by the Japanese automobile company Nissan. The Dualis (Qashqai) was unveiled in 2006 and is currently in its third generation from 2021. The Dualis nameplate was only used on the first generation (2006 – 2013) models, with the name dropped on the second generation with the Qashqai name being used worldwide.
The Dualis is offered in four trim levels on the Japanese Domestic Market (JDM) namely the 2.0 G, 2.0 S, the 2.0 G Four, and the 2.0 S Four, while in other markets outside Japan the Qashqai is offered in four main trims that follow the Nissan standard pattern which kicks off with the entry-level Visia, followed by the Acenta, then by the Qashqai 360 and lastly the top-of-the-range Tekna.

It’s fifteen years since the Dualis was released in 2006, with plenty sold since then, and plenty available on the used market. The price range for a used Nissan Dualis varies depending on the year of manufacture, trim level, and general condition. At BE FORWARD the prices of a used Dualis range between US$ 2240 and US$ 4980.

The Dualis has a robust interior finished with soft-touch rubbery plastics on the top part of the dashboard, center console, and door trims. The Dualis’ cabin is solid and well put together with everything you touch and feel designed to last years.

The dashboard is ergonomically laid out, simple, functional with a clear and easy-to-read compact curved instrument panel with a five-inch touchscreen for audio (six speakers with the usual connectivity) to its left.

The Dualis has several usable storage compartments including door pockets with bottle holders, a glove box, a deep central bin, and two cup holders on the center console with one of them deep enough to swallow a 1.0-liter water bottle.

The high driving position combined with the neatly designed three-spoke steering wheel with a rake and reach adjustment is great, it offers all-round visibility. The front seats are comfortable with good support, legroom, and headroom. At the rear, the seats can accommodate three people, but two adults will be more comfortable. Rear legroom is marvelous for a car of this size.

The Dualis has a 410-liter load area which is by far bigger than those of other cars in this category. Its wide opening door and flat load area make loading straightforward. The load area can extend to 860 liters with the 60:40 splitting rear seats folded flat.

In 2014 Nissan released the Qashqai  J11 with an interior that features solutions for everyday challenges using some innovative technologies. The J11 Qashqai seats are designed using advanced medical scanning techniques inspired by NASA to analyze blood flow and pressure in the lower back of seated passengers. The outcome was some comfort which made the car sell even better.

The Dualis is a 5-door 5-seater that is suitable for city use as it comes with some good suspension, good ground clearance, and soundproofing for a quiet cabin.

The Dualis’ exterior dimensions are similar to those of the hatchback, but the Dualis features a compact design with sporty and rugged looks. Its contoured shape is smooth, uncluttered, and simple, which makes it one of the appealing crossovers SUVs. The Dualis comes fitted with 16-inch steel rims as standard, with 17-inch and 18-inch alloy wheels as options.

In 2014, the second-generation Qashqai J11 was introduced for other markets winning the “What Car” car of the year award in 2014. The Qashqai has proved to be a very good brand with good vehicle abilities that made it a top seller in Europe and became Nissan’s record seller. The J11 Qashqai has good trim levels, with serene exterior looks and LED headlights (an option that is only available in premium segment cars).

The Nissan Dualis is a car with a good reputation, trusted reliability and comfort, and a very good driving experience. Both used and new models fair well and receive great reviews from experts and owners. From feedbacks, and from this review we can recommend the Dualis to anyone who is in the market for a compact crossover SUV, and if you are one of them, please visit BE FORWARD and checkout from our vast list your Dualis.