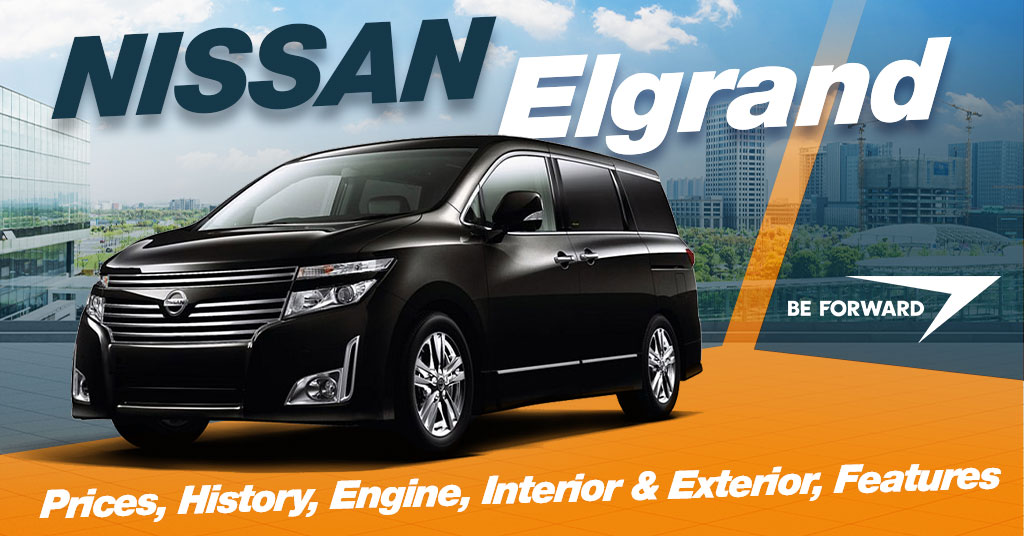 The Nissan Elgrand is a minivan manufactured by Nissan since 1997 available in 3 model developments, the E50, the E51 and as of 2010, the E52. Elgrand is commonly used by celebrities in Hong Kong, Japan, and some other countries around the world.

Elgrand’s main competitors are the Honda Odyssey and Alphard. It is being sold as a luxurious larger alternative to the Nissan Lafesta.

The price of used Nissan Elgrand in the market varies from model, trim, and dealers while prices are reflective of average BE FORWARD prices as of July 2021 starting from USD 2,170.

Nissan Elgrand is a 4/5-door 7-seater (or 8-seater) MPV produced by Nissan. Currently, it is on the 3rd generation (E52) and the previous generations are the E50 and E51. 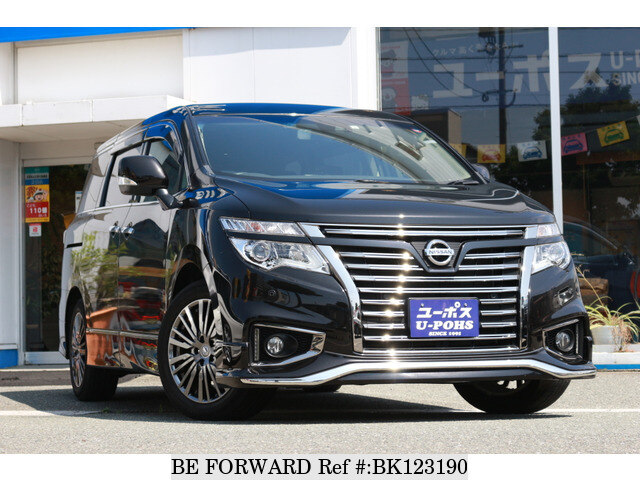 The Interior of the E51 is fitted with a 9-inch TV/DVD player with an 8-speaker system, captain-style seats. The Carwings VIS (Vehicle Information System) is installed in Elgrand E51 which comes with an 8-inch LCD screen on the dashboard. Some other features include heated front seats, electronic curtains, finely finished interior trim with wooden looks on the steering wheel, and fascia panels. 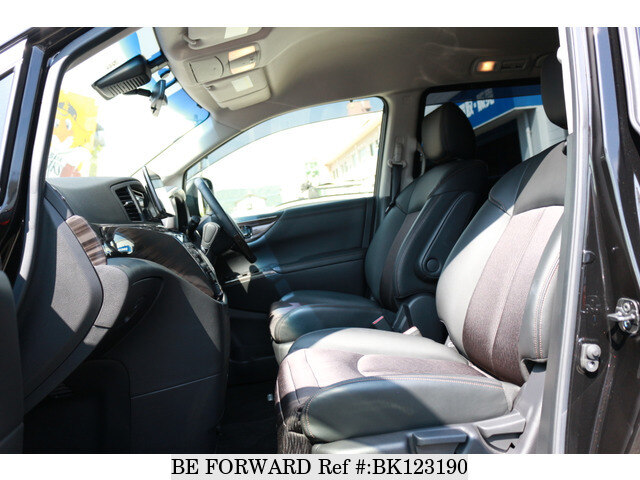 The Elgrand is a roomy vehicle that accommodates up to eight people with seats in 3 rows. It offers luxury that is so unusual, so it has been the car of choice for some Asian celebrities in Thailand, Japan, and Hong Kong.

The interior was built with comfort in mind with the 3-row seating layout that accommodates eight people with enough legroom ensuring comfort for all. Some other features include one-touch power-folding rear seats, a touchscreen in-dash info screen, a flip-down TV/DVD screen for entertaining the rear passengers, and cup holders for all passengers. The back seats can be folded flat to accommodate luggage. 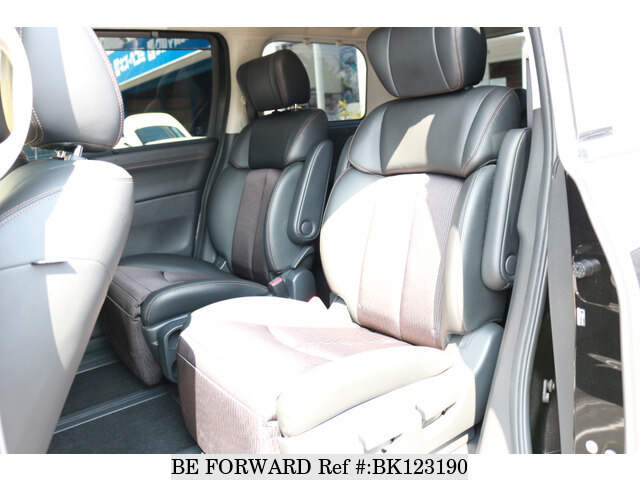 Some of the included safety features are dual front airbags, ABS braking, and electronic stability control.

The Exterior of the E51 looks just like the E50, but some options have been added to the E51 such as the side mirrors with indicators, rear roof spoiler, and remote-controlled rear sliding doors.
The exterior appearance of the Elgrand has a sense of the Nissan Z sports car. Its rounded rear and unique front have a dynamic finish that stands out. The unique design of the Nissan Elgrand accompaniment is looked at. The dynamic body offers a comfortable and smooth riding time. 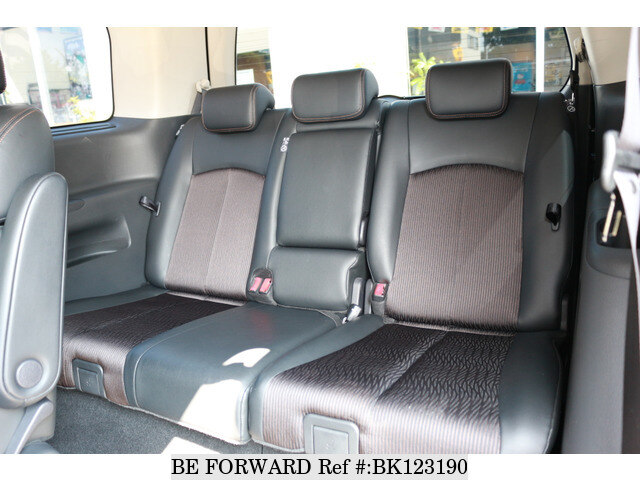 Additionally, it has 2 sunroofs at the top. The open roofs enable the fresh air in and out of the Nissan Elgrand and allow the sunlight to penetrate the cabin while driving. The Nissan Elgrand has top-class features with a roomy cabin that gives versatility and space. The large cabin gives comfort to passengers ensuring they enjoy the ride and have a pleasing time. 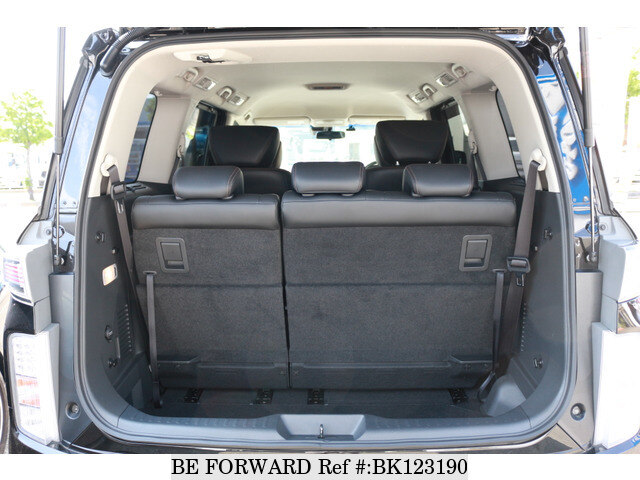 Interiorly, it is tailored with infrared headphones partnered with a music box. The music box is USB and CD/DVD enabled. Cruising in a Nissan Elgrand and enjoying the entertainment like no other. This adds to the driving enjoyment. Underneath the luggage board, you can find a large storage cabin. 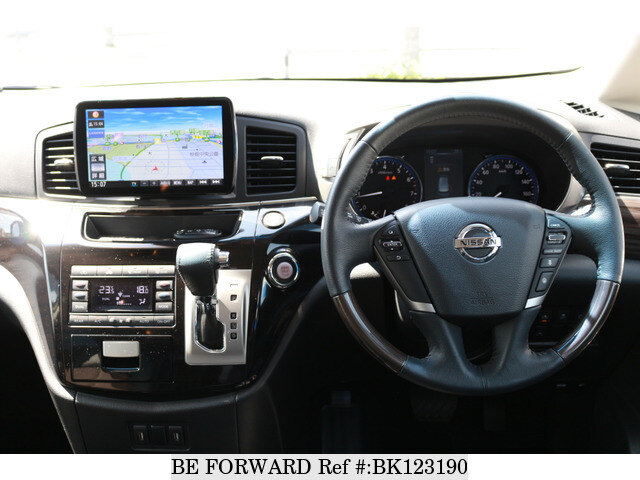 The people behind Nissan Elgrand put a sporty concept into play with Elgrand’s front grille. The bold-appearance front facet of the Elgrand is also accompanied by heavy use of chrome for a sophisticated and the new LED headlamps and a futuristic look, too. 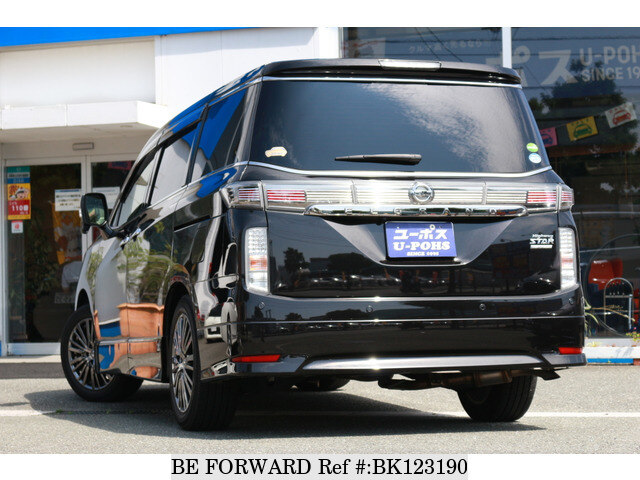 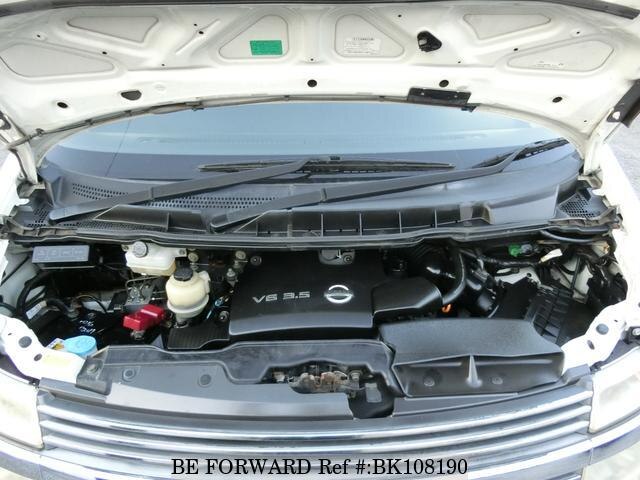 In late 2002, the E51 Elgrand was launched, replacing the E50. The E51’s wheelbase increased, giving an area for a longer and wider body compared to the E50. The E51 Elgrand came with either a 2.5L VQ25DE 6-cylinder that produces 140 KW (188 HP) at 6400 rpm or the award-winning 3.5L VQ35DE 6-cylinder (also used in the E50 Elgrand) which were equipped with a 5-speed automatic Tiptronic transmission. The E51 is powered by ventilated disc brakes and multi-link back suspension. 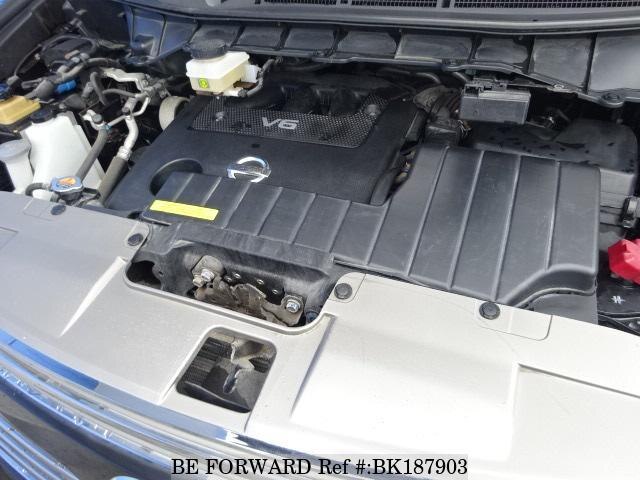 In 2010, the E52 Nissan Elgrand was released. The E52 came in either front-wheel drive or All-Wheel drive and the engine choices were the inline 4 2.5-liter QR25DE that produces 120 KW (161 HP) at 5200 rpm and the 6-cylinder 3.5-liter VQ35DE. These engines were linked with either a 7-speed Xtronic CVT or automatic transmission. 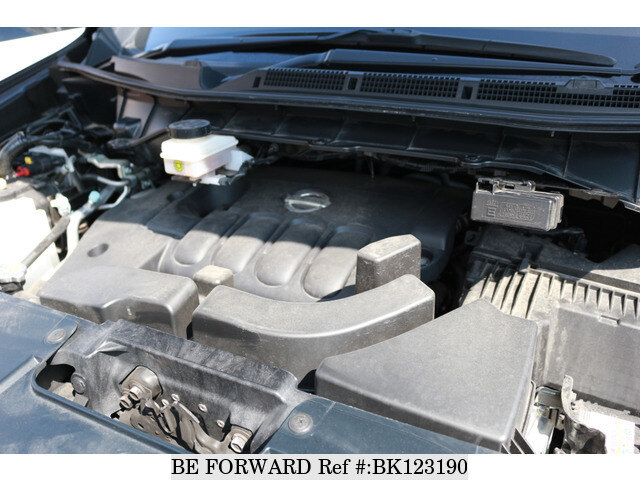 The E52 nothing like its predecessors is filled with some technological features such as the ‘Collision Avoidance Assist’ that applies the brakes at low speeds to avoid a crash, ‘Around View Monitor’ park assist, rear parking sensors, radar cruise control, tire pressure monitor, active front lighting and ‘Dynamic Vehicle Control’. Dynamic control triggers the brakes and engine for stabilization at certain times when the vehicle may experience slippery roads. The Nissan Elgrand has a 360 view monitor that gives the driver a complete bird’s eye view. It also has parking aids installed in all its 4 corners. The sensors sense obstacles and are therefore useful when parking to avoid hitting them.

Fuel economy should be a factor in your list of considerations when purchasing a car. If you’re looking for a fuel-efficient car, you’ll certainly love the Nissan Elgrand. The Elgrand registers an average of about 9.8 km/L – 10 km/L, in terms of fuel economy.

You can always count on Nissan Elgrand to offer grace, quality, safety, and fuel efficiency when out on the road. To explore different terrains like royalty, not only do you get to have more funds to spend in your wallet.

Therefore, if you’re looking to experience some considerable savings, look no further than the Nissan Elgrand because of the excellent fuel efficiency.