Nissan has produced many iconic cars over the years, but nothing stands out like the Nissan Z Cars. The Nissan Z is a legendary sports car that has thrilled car enthusiasts for more than 50 years since it was unveiled in 1969 as the Datsun 240Z in America and the Nissan Fairlady Z in Japan. Over the years, each generational release of the Nissan Z came with some vast amounts of refreshments, thrill, and euphoria. 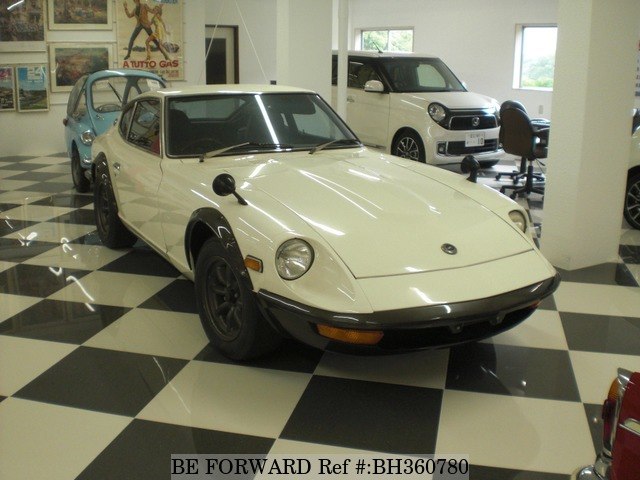 The second-generation Nissan Fairlady was released in 1978. This new Datsun/Nissan 280ZX resembled its predecessor’s exterior but the chassis was new and the interior luxurious. Some of the new features were leather seats, climate control, gold alloy wheels, and two-toned paint.

The Fairlady 280ZX (S130) came with an inline 6-cylinder 2.8-liter L28E engine (this engine was also used on the 1975 280Z) which uses Bosch fuel injection enabling the engine to produce 99 kW (133 hp) at 5200 rpm, unlike the previous L20 engine that used SU carburetors. The L28E transferred power to the wheels via a 5-speed manual and 3-speed automatic transmission.

Another major change in this Nissan 280ZX is the introduction of T-tops in 1980, and the introduction of the turbocharged L28ET engine in 1981. The inline 6-cylinder L28ET turbocharged engine produced 134 kW (180 hp) at 5600 rpm and this was attached to a 3-speed automatic transmission only due to Nissan having doubts on the reliability of their 5-speed transmission when combined with the additional torque of the L28ET.

In 1983 Nissan unveiled the third-generation Nissan Z, commonly referred to as Nissan Fairlady 300ZX (Z31). This was a completely revamped Z car and came with a 3.0-liter V6 engine. Nissan dropped the Datsun name, and from there on all Z cars were sold under the Nissan badge. The Fairlady Z31 came with either a naturally aspirated VG30E engine or turbocharged VG30ET that produced 120 kW (161 hp) and 150 kW (201 hp) respectively with some of the Z cars that were sold in markets that had less emission restrictions producing 170 kW (228 hp). The Fairlady 300ZX received a warm welcome and this was reflected by record sales that made it the second most sold Z car in history. Its selling attributes were the added luxury features and high performance.

The Z32 just like the previous models offered 2+2 (2BY2) seating. Due to an increase in aftermarket conversions, in 1993 Nissan released for the first time a convertible Z car.

The Z car was bold and beautiful and in addition had wide and low-proportioned styling, a short overhang that highlighted its great maneuverability, and a distinct front mask with headlights slanted at about 60 degrees. 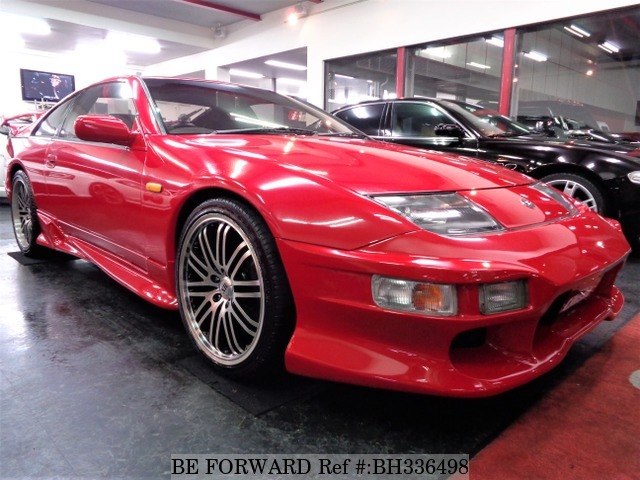 In 2002 Nissan released the fifth-generation Nissan Z as the Fairlady 350Z. This 2-seater roadster made a shining return with a naturally aspirated 3.5-liter 6-cylinder engine, larger wheels, and a narrow tail end. This Fairlady 350Z perfectly combined luxury and power but also succeeded in regaining its popularity. The 350Z was revamped and sleekly redesigned helping to rejuvenate Nissan’s market presence in the auto industry. The slightly improved inline 3.5-liter VQ35DE DOHC 6-cylinder engine produced 214 kW (287 hp) with this power improved to 220 kW (300 hp) in 2005. The power from these engines was transferred to the rear wheels via a 6-speed manual or 5-speed automatic transmission.

The Fairlady 350Z was available as a 2-seater hardtop, with the introduction of a convertible model in 2004. In 2005 Nissan released the 35th Anniversary Edition 350Z which came with a revised engine that produced 220 kW (300 hp) at 7000 rpm and a 5-speed manual transmission. 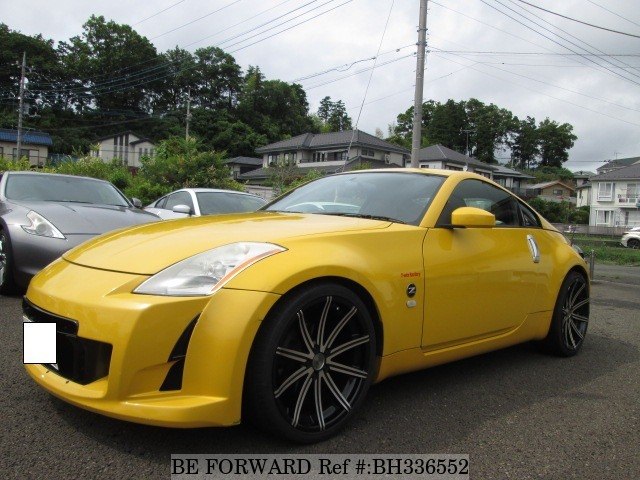 The Fairlady 350Z was available in seven trim packages from the standard “Base” to the in-house tuned “Nismo”. The mid-range trims came with Bose entertainment systems, leather seats, satellite navigation as an option, and VDC (Nissan’s Electronic Stability Control). Some of the Grand Touring trims featured Brembo brakes and Volks Racing wheels which are found on the Nismo models. The Nismo Edition had a simple interior but featured a sports tuned exhaust, customized 18-inch Volks wheels, rear and front spoilers, rear diffuser, and a Brembo braking system.

A 2009 model sixth-edition Nissan Fairlady 370Z (Z34) was unveiled in December 2008, available as a 2 seater Coupe or Roadster. This Fairlady Z34 was contemporarily designed to give it a distinct appearance with refined aesthetics compared to the previous model.

The Fairlady Z34 came with an inline 3.7-liter VQ37VHR V6 engine that produced 245 kW (328 hp), but depending on markets, some models produced up to 261 kW (350 hp). This power was transferred to the wheels via a 6-speed manual or 5-speed automatic transmission, with the manual transmission coming with Nissan’s SynchroRev Match technology that automatically matches engine and transmission speed while downshifting resulting in the same effect as the heel-and-toe downshift technique. 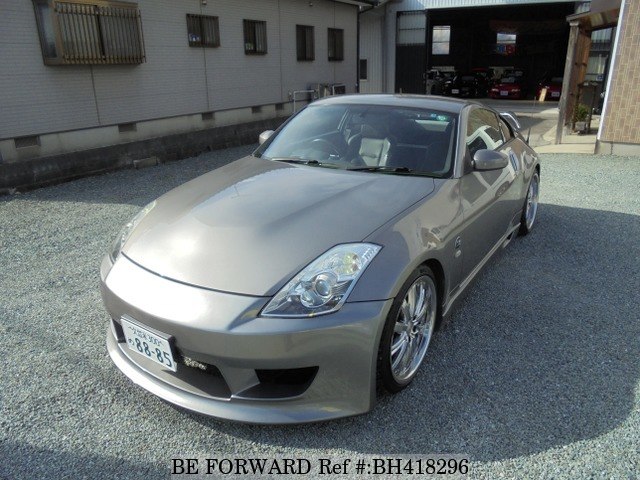