Datsun Sunny is a car manufactured by the Japanese automobile giant Nissan since 1966. The Datsun Sunny (aka Datsun 1000 in other markets) is a subcompact car that was built on Nissan’s b-series platform and was available as a 2/4-door 4/5-seater sedan (B10), 3-door van (VB10), and a 2-door pickup truck (B20).

The original 1966 Datsun Sunny was a 2-door Sedan and Van. The 4-door Sunny and the Sunny pickup truck (B20) were added to the Datsun Sunny lineup in 1967.

The VB/B10/B20 Sunny came with a naturally aspirated 1-liter overhead valve (OHV) 4-cylinder A10 engine that produces 45 kW (62 hp) at 6000 rpm. This engine transferred power to the rear wheels via a 4-speed manual transmission.

Underneath the Datsun 1000 was fitted with wishbone suspension at the front and leaf springs at the rear.

Underneath the B110 was fitted with McPherson strut suspension at the front with disc brakes as well. The B110 featured a simple style and attractive body with options of a 2 and 4-door sedan, a wagon, and a coupe.

In 1973 the Sunny B110 was replaced by the third-generation Datsun Sunny B120 (120Y). The Sunny 120Y featured some new styling and distinct Japanese looks. The 120Y emerged as a much safer, stronger, and more comfortable car than the previous models. With a new body, a new interior the 120Y was available in 2 or 4-door sedan, a wagon, and a coupe. The first released models of the Sunny 120Y came with the previous A12 engine, but later models had the inline 4-cylinder L14 engine that produced 62 kW (84 hp) at 6000 rpm.

The Sunny B310 came with the previous A-series engine but utilized a new much lighter gearbox, with the option of a 4 or 5-speed manual and 3-speed automatic. Underneath, the B310 came fitted with struts with Coilover suspension spring at the front, and at the rear, the rear leaf spring suspensions were replaced with an advanced coil spring four-link configuration.

The Sunny B11 was introduced at the 1981 Tokyo Motor Show. For the first time, Nissan introduced a Sunny that was front-wheel drive (FWD).  The B11 was available as a 2 or 4-door sedan, 3-door hatchback, 3-door coupe, and 3 or 5-door wagon.

The B11 ditched the A-series engines and was fitted with the E-series engines instead. The standard engines were the naturally aspirated inline 4-cylinder 1.3-liter E13 petrol engine that produced 44 kW (60 hp) at 5600 rpm and the 1.5-liter E15 that produced 55 kW (75 hp) at 5600 rpm. A turbocharged version of the E15 was made available in 1982 fitted in the 3-door hatchback only.

In 1989 Nissan released the Nissan Sunny B122 pickup truck and the GB122 longbed replacing the B121. Some of the features on these releases were front disc brakes and catalytic converters. The B122 came with an inline 4-cylinder 1.2-liter engine which was attached to a 5-speed manual transmission or 3-speed automatic. 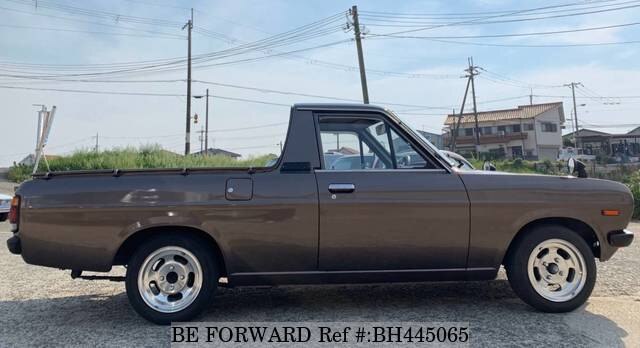 In 1990 the Sunny B13 was introduced. The B13 retained most of the B12 characters, except the B13 was a bit curvy. Fast forward in 1993, the Sunny B14 was released and was sold in different markets under different names.

In 1998 Nissan released the Sunny B15 which lasted until the end of 2004. This will eventually be the last in the Sunny series release and Nissan offered some other models in the name of Nissan Tiida (C11) and Nissan Bluebird Sylphy as alternatives in the market. The Sunny B15 is a 4-door 5-seater sedan that came with two engine choices as standard, the 1.3-liter and 1.5-liter attached to a 4-speed automatic or 5-speed manual transmission.

Like the previous Sunny the B15 is affordable and has the traits of the typical family car. 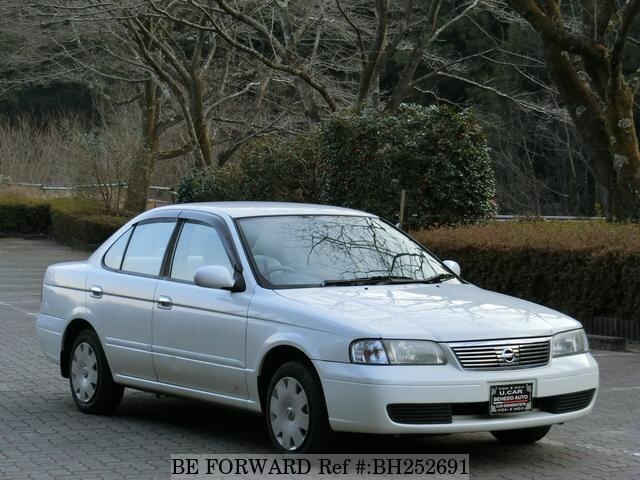