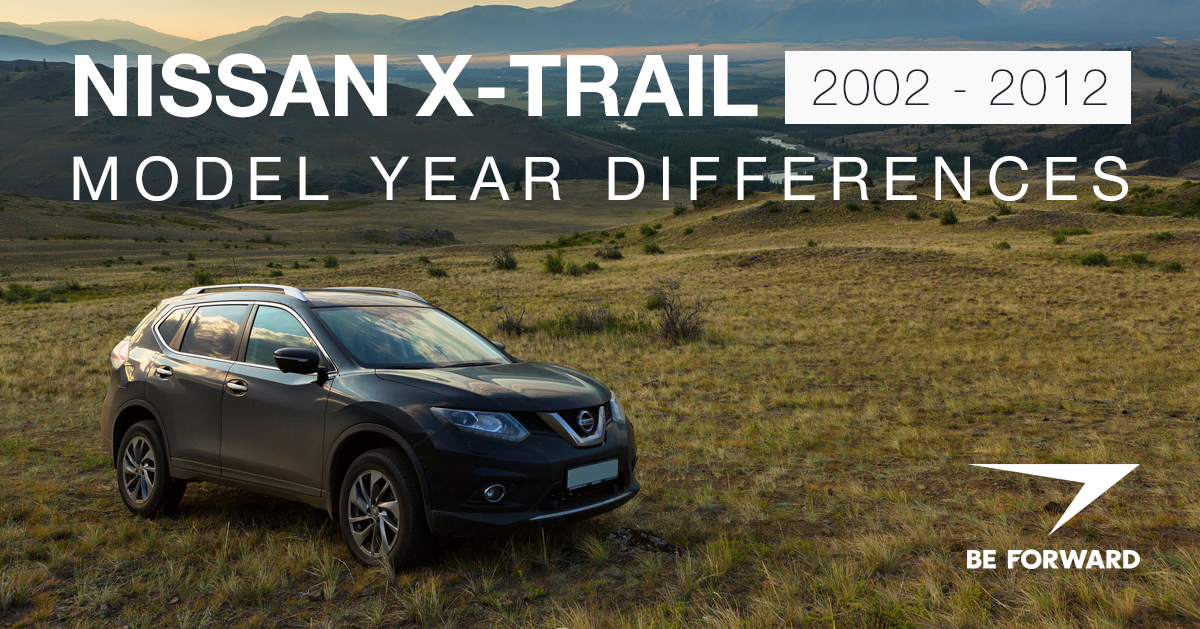 The Nissan X-Trail has been in production since 2001 and it is a SUV model representing Nissan’s outstanding performance and versatile interior design. It is available with a range of small, fuel-efficient engines and users can choose between 4WD and 2WD. The rugged good looks and dependability of the X-Trail are a winning combination!

As the X-Trail has grown, it has also gained some very attractive features to make it a standout SUV. How has the X-Trail evolved over the years?

Typical exterior features of the 2002 Nissan X-Trail include auto lock, alloy wheels and a washable luggage board for extra storage. Interior features include waterproofed ceiling and front seat heater, high-end audio, and safety equipment such as dual airbags, brake assist, EBD, and ABS. 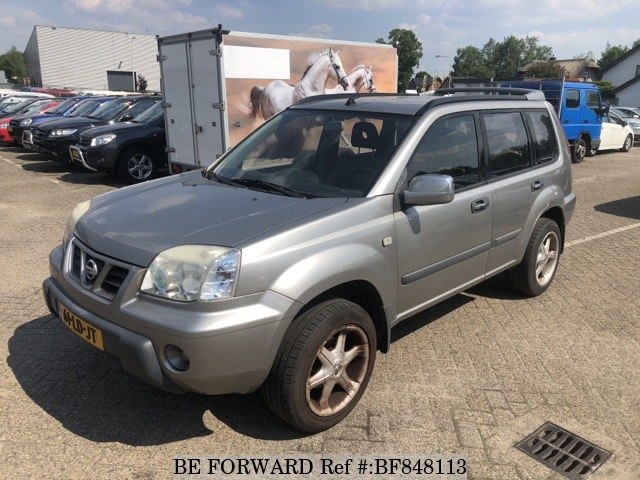 Other standard and added features included with the 2002 model year of this well-known compact SUV include high-quality fabric or optional leather upholstery, bright and clear halogen main and low beam headlights, auxiliary fog lamps, and an optional automatic climate control system. The exterior of the 2002 Nissan X-Trail is sturdy and functional, and built with off-roading in mind in addition to smooth urban driving.

Typical exterior features of the 2003 Nissan X-Trail include an all mode 4 × 4 drive system with which you can select 2WD, Auto and Lock modes, and a washable luggage board that you can attach and remove at your convenience. Interior features include a high-end audio system, front seat heater and a DVD navigation system for all grades except GT. 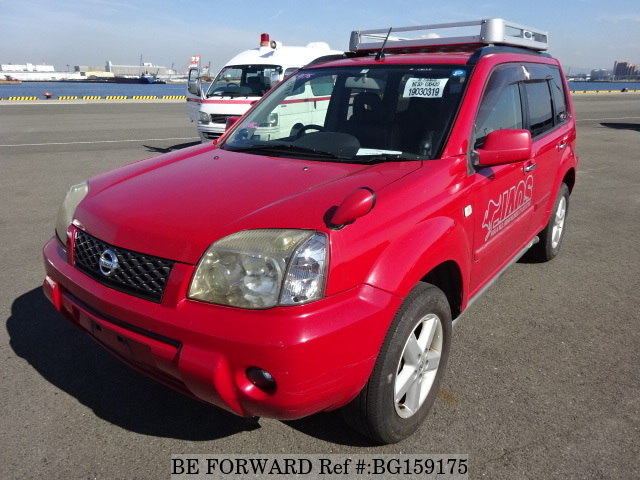 Additionally, this off-road ready SUV offers a variety of standard or optional features that include an analogue tachometer, central locking, anti-theft alarm, optional electronic stability control, and rear isofix attachment points for protecting the safety of child passengers. Built to run smoothly both on-road and off, the 2003 Nissan X-Trail guarantees a safe and sturdy drive across any number of terrain.

Some typical features for the exterior of the 2004 Nissan X-Trail include xenon main headlights, with auxiliary fog lamps for a clear view. Other great features include powered side mirrors and power windows, allowing you to adjust the vehicle to your comfort level. Looking for a fun and expressive paint job? The 2004 X-Trail comes in a range of colors that includes beige, black, blue, grey, red and silver. 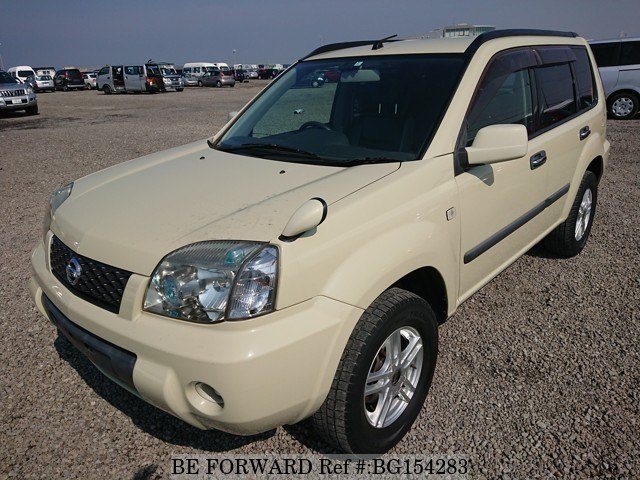 The 2004 X-Trail’s interior features include a sound system with radio and CD-playback capability, as well as DVD playback on some variations of the model. Seating 5 passengers, the 2004 X-Trail features air conditioning to keep everyone in the car nice and comfortable.

As for the exterior of the 2005 Nissan X-Trail, features you can expect include side mirrors that can be electronically adjusted for both the driver and passenger sides. Other equipment may include a sunroof, as well as a roof railing for certain trims of the ’05 X-Trail. This model is offered in your choice of six colors. 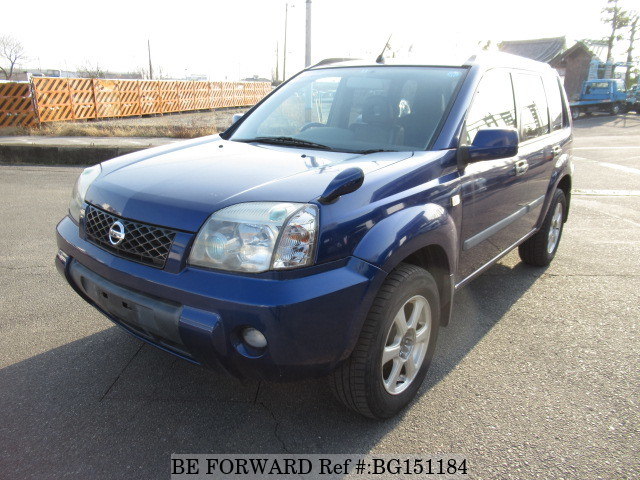 When it comes to the 2005 Nissan X-Trail’s interior, there are some great features offered as well. Some versions of the 2005 X-Trail include a radio sound system with multi-disc CD player, along with a center display offered as an option. Other features include air conditioning with an outside temperature gauge.

The 2006 X-Trail is available in both petrol and diesel engines, available in two-wheel as well as full-time four-wheel drive. Exterior features offered include power side mirrors, along with power windows for all passengers. Just as with previous years, a sunroof and roof railing are available with the 2006 Nissan X-Trail. 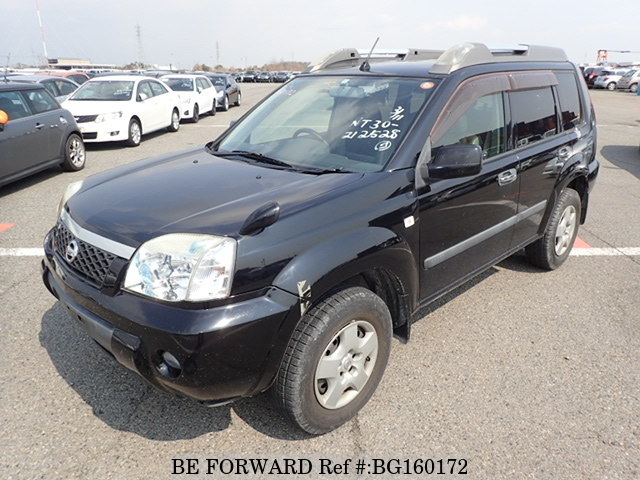 The interior of the 2006 Nissan X-Trail is equally impressive, offering leather upholstery in some versions, as well as a full sound system with center display, radio and CD player. Safety features include parking sensors, electronic stability control and central locking.

The 2007 Nissan X-Trail is offered in two-wheel and four-wheel drivetrains, available in petrol and diesel engine options. Exterior features offered for this 4-door SUV include power windows, power locks, as well as electronic mirror adjustment for the driver and passenger sides. 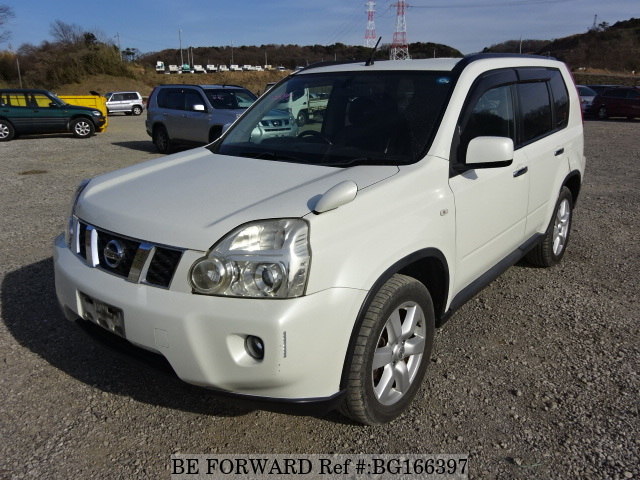 The 2007 Nissan X-Trail also features some impressive interior equipment made for comfort and convenience. These features include leather upholstery, air conditioning, as well as a clear crisp TV screen in the center console, along with stylish floor mats.

The 2008 Nissan X-Trail is packed with features, inside and out. For the exterior, some versions of the 2008 X-Trail feature power windows and alloy wheels, along with a rear spoiler. The ’08 X-Trail goes a step further with safety and security features, including airbags and anti-lock brakes. 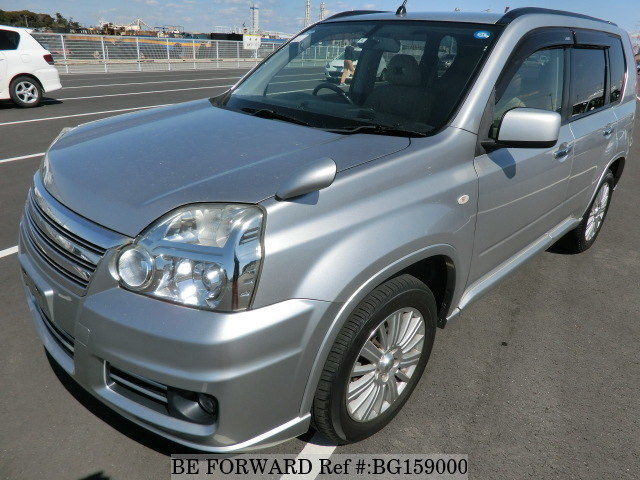 The interior of select versions of the 2008 Nissan X-Trail is just as impressive, offering a slew of features that includes a CD player, leather seating, air conditioning, as well as future-forward technology like keyless entry.

As if Nissan’s premiere vehicle couldn’t get any better, the 2009 X-Trail takes an established powerhouse SUV and takes it to the next level in terms of features. For the exterior, the 2009 Nissan X-Trail features side mirrors that can be adjusted electronically or manually. Other exterior features offered include power front and rear windows, as well as a panoramic sunroof and roof railing. 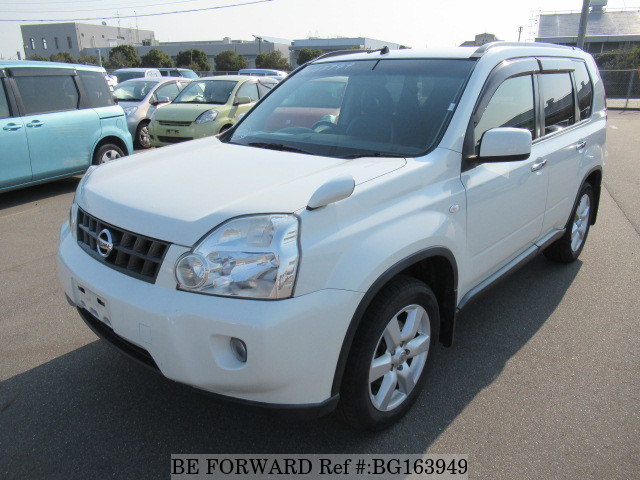 For the interior, the ’09 X-Trail offers a sound system that allows more control over the music you want to hear, with CD playback capable of playing MP3 format audio files, as well as USB and Bluetooth connectivity so you can make phone calls more safely. 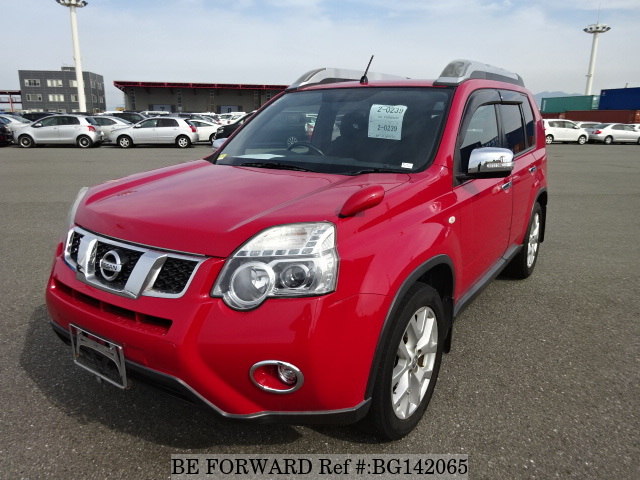 On the inside of the 2010 X-Trail, you can expect a wealth of connectivity options that includes USB and Bluetooth to go along with the standard radio and CD player that’s capable of MP3 file playback. Other interior equipment features include air conditioning with outside temperature gauge, a multifunctional steering wheel, with optional powered and heated seats also offered.

The 2011 Nissan X-Trail builds on the model’s past success and accentuates the positive with great features that aid in comfort, convenience and style. For instance, the 2011 X-Trail is offered in more colors than before, available in eight paint options including black, blue, brown, green, grey, red, silver and white. Other equipment includes a roof-integrated antenna and optional spoiler-type sunroof. 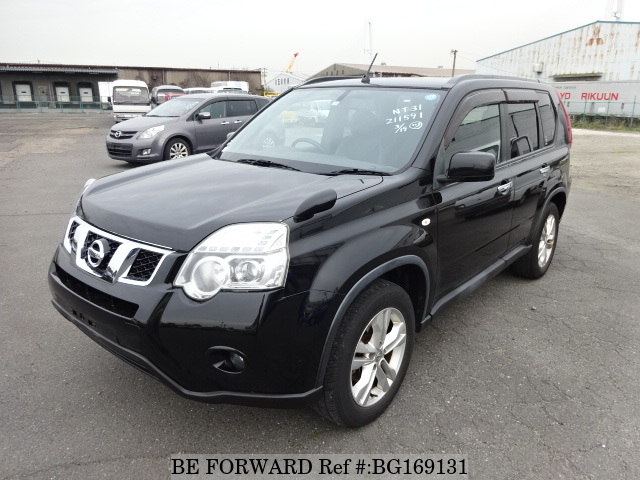 The 2012 Nissan X-Trail sees great improvements to comfort and convenience. Some optional convenience features include keyless entry, keyless start, cruise control, and rear camera for safe reverse driving and parking. In terms of safety, the 2012 X-Trail provides frontal airbags for the driver and passenger, as well as side airbags. 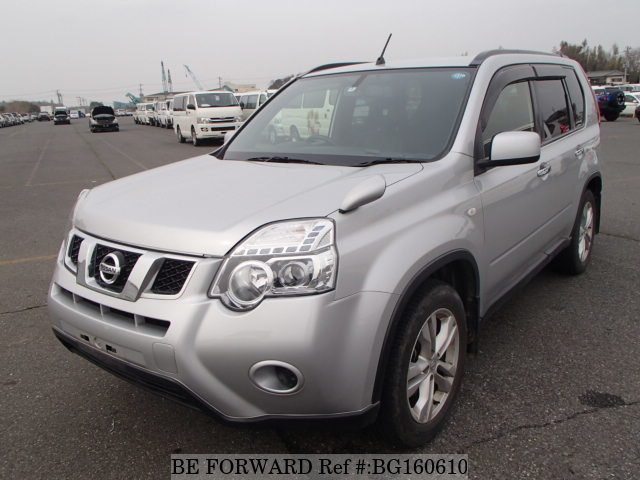 Other features include electronic stability control, hill start assist, and other optional offerings such as rear parking sensors. With collapsible second row seating, the 2012 Nissan X-Trail offers a ton of space so you can get out and do much more with your crew than ever before.

Is Nissan X-Trail the Best Japanese SUV on the Market?

No matter which model year of the Nissan X-Trail you choose, you can be sure you are getting a winner. How does it stack up against the top SUV offerings from Japan’s other leading automakers? Click below to find out!