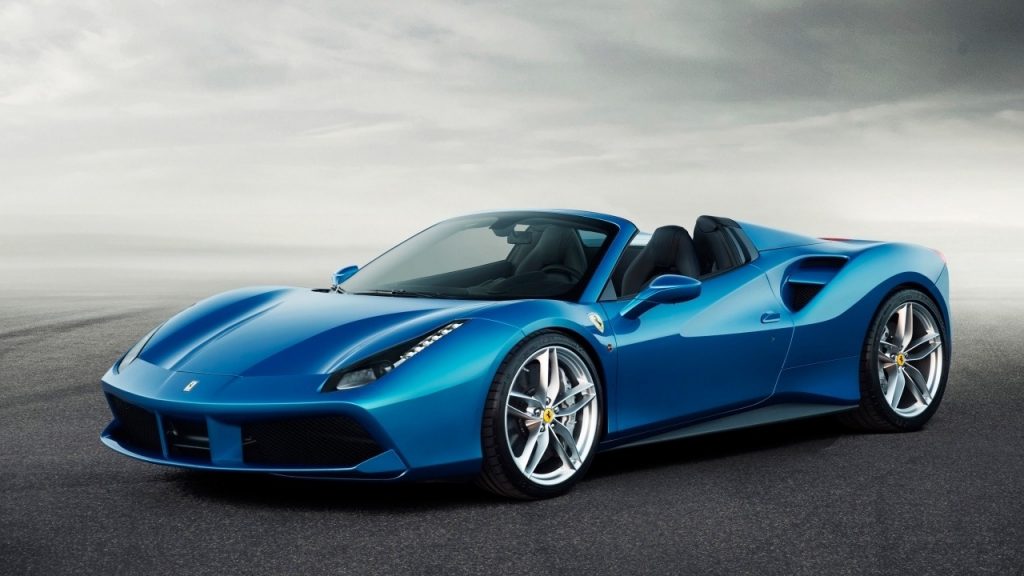 The architectural guru Ludwig Mies van der Rohe once said, ” God is in the details.” Looking at the 2016 Ferrari 488 Spider, you would think he was gushing about it; but alas, he was talking about architecture. The 488 Spider shares many details with its traditional cousin the 488 GTB, sans the top. Perhaps it looks like many other Italian supercars; however, driving one is like roping the wind and not wanting to let go. Not long ago, buying a Ferrari with an open top meant making significant sacrifices: not just the increased risk of skin cancer and catching a much younger wife, then losing the Ferrari to said younger wife in a divorce. The 2016 Spider has changed all of that, well just the sacrifices in performance…the younger wife scenario is still a very real possibility! While many of us will never see a 488 Spider, let alone drive one, we have reviews to live through. To that end, tallyho!

It is often hard to decide where to start when describing a Ferrari. Do you dive right into the engine, any new interior features, or go over all of the new body aspects? In this case, why not start with the first thing you would need to touch in order to drive it…the door handle. Yes, this is an odd spot to start, but the handle itself is a tad odd. Somewhat reminiscent of a fin, you slip your fingers into the top of the handle to operate it. The form is not without purpose, though. The shape of the handle is designed to direct air into the inlets on the 488’s sides, according to Ferrari aerodynamics specialist Enrico Cardile.

Near Equal To The GTB

In years past, Spiders were dynamically inferior to their hardtop cousins. The changes were often considered necessary for safety. The most noticeable losses were in lower performance and decreased structural rigidity. The 2016 488 Spider is an exception to the rule in many ways. Granted, the Spider is 50 kg heavier than the GTB, pictured above, due to the roof mechanism and the under-floor reinforcements for added stability. Despite the added weight, Ferrari claims both cars have the same 0-100 km/h of just 3.0 seconds. The Spider is able to hit 200 km/h in just 8.7 seconds, a mere 0.3 seconds behind its enclosed cousin. Ferrari claims that, with the roof in place, the Spider has 95 percent of the torsional rigidity of the coupe. The Spider features the same spring and damper settings as the GTB; testing has shown that the adaptable systems are capable enough to handle the difference in mass and structural strength. Additionally, the Spider has the same vehicle response time as the coupe: just six-hundredths of a second after you begin to make a steering change, the car begins to react. 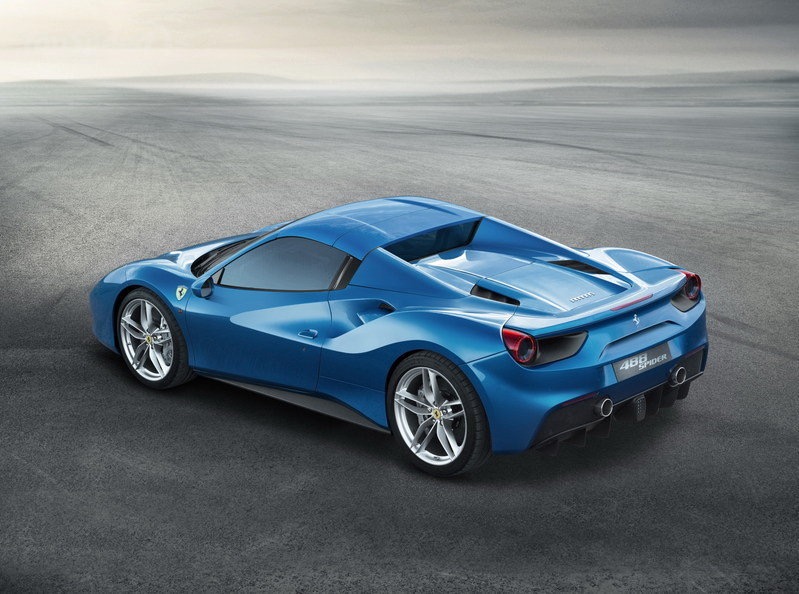 Why would Ferrari build a cabrio if it did not intend to offer the best top in the industry? To wit, the roof is a two-part metal unit that automatically folds or deploys itself in just 14 seconds. It is so well built that you can activate the roof while at speeds of up to 40 km/h. The stowed top fits unseen behind the seats along with the roll-over protection systems. There is an electric glass windscreen in the rear. As you would expect, conversation becomes impossible at top speed with the top down, but at lower speeds wind buffeting is minimal, allowing for near normal interaction with your passenger. With the top up, wind noise is on par with the coupe. Ah, the miracles of carefully designed noise insulation!

The 488 Spider and GTB share a common engine; a 661 bhp turbocharged V-8. The turbo is designed to met strict emissions standards recently set in place.  Engine development chief Corrado Iotti, said   ”What started out as a constraint became an opportunity.” Iotti built an engine with an 86.5 mm bore, 83 mm stroke, giving each cylinder the cubic capacity of 488 cc; hence the name revives an old Ferrari tradition. The powerplant is completed with a pair of low-inertia, low-friction turbochargers. The result is 661 hp at 8,000 rpm and the potential for up to 759 N-m of torque beginning at 3,000 rpm.

The problem with turbocharged engines is that they often sound shrill at the exhaust. Ferrari’s are noted for their deeper, throaty pipe sound, so does the new engine destroy that tradition? Ferrari went to a lot of trouble to prove otherwise. The company paid a testing firm to check the soundtrack coming from the exhaust. The resulting graphs and charts show that in defiance of normal logic, the 488’s pipes produce a sound that gets louder as the rpms increase, all the way through its redline of 8,000 revs. 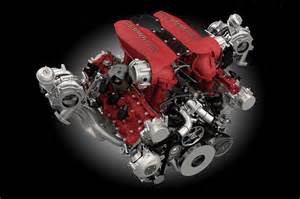 The quick torque greatly increases the real-word driving excitement of the 488 Spider. The 488 pulls strongly at speeds that would have left its preprocessed(the 458) gasping for breath and asking its mates for a break. To make the engine’s stiletto-sharp response even more invigorating, Ferrari created a dual-clutch automatic transmission that is 30 percent quicker progressing through the upshifts and 40 percent faster headed back down. Switch the dynamic system to Race mode and you will feel as if you are on a track unfettered. Given that the average driver does not have the experience to handle the open refinements of a race car, the 488 features massive amounts of grip and deadly accurate steering, but retains the rear-end slip that allows you to feel as if you are an asphalt god.

Most experts agree that the Ferrari 488 GTB is a masterfully built piece of rolling art, but the same experts say that the 2016 Ferrari 488 Spider is a remarkable engineering feat that far outshines its coupe cousin. If you happen across a spare L148,000 and you can find out for yourself.