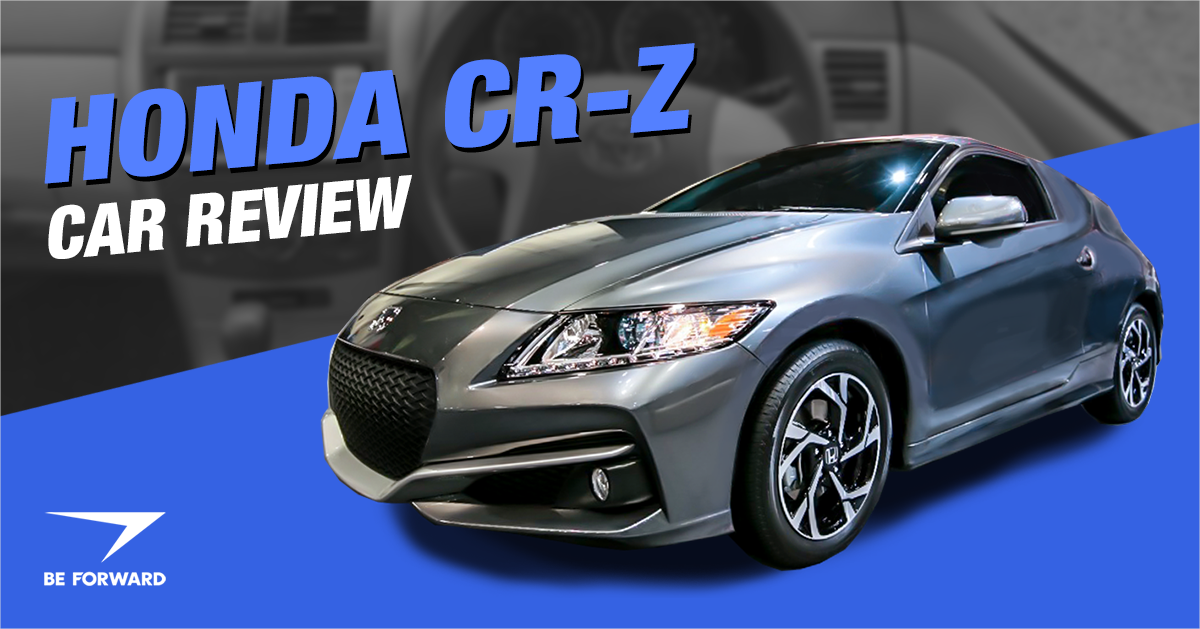 Debuting as a concept at the 2007 Tokyo Motor Show, the ”Compact Renaissance Zero”, or CR-Z was intended to represent ”a renaissance in the design of compact cars that begins anew from fundamentals.”  The concept car was designed to be ”sporty, incredibly efficient, and inexpensive.” Replacing the outdated Honda CR-X, the CR-Z was introduced to the Japanese market in early 2010, with sales following in most other markets by December of the same year.

The Honda CR-Z in a Nutshell

*Prices are based on average February 2020 BE FORWARD pricing 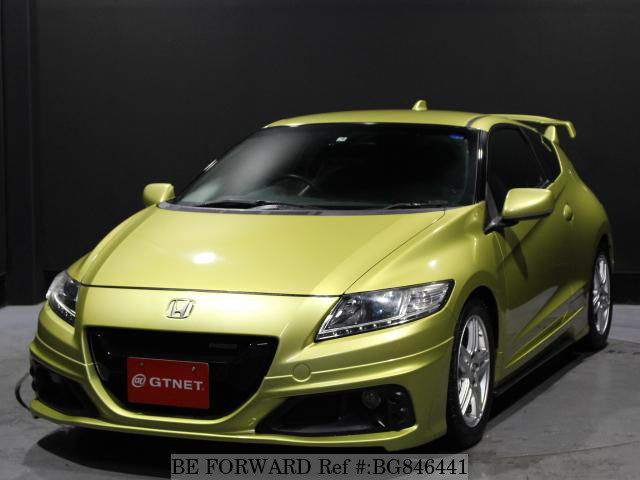 The CR-Z has three intended selling points: inexpensive, sporty, and fuel efficient. It is inexpensive for a hybrid, with a price tag that falls below that of the Toyota Prius. It delivers a very sporty stance that can only be found in far more expensive hybrids such as the BMW i8. The sporty feel is further enhanced by mating the 1496cc engine to a standard six-speed manual transmission. The sporty feeling disappears when the engine is paired to the optional CVT, though. The CR-Z’s fuel efficiency is quite solid; its numbers placing it amongst the top ten most efficient cars in many markets. Let’s have a more in-depth look, shall we? 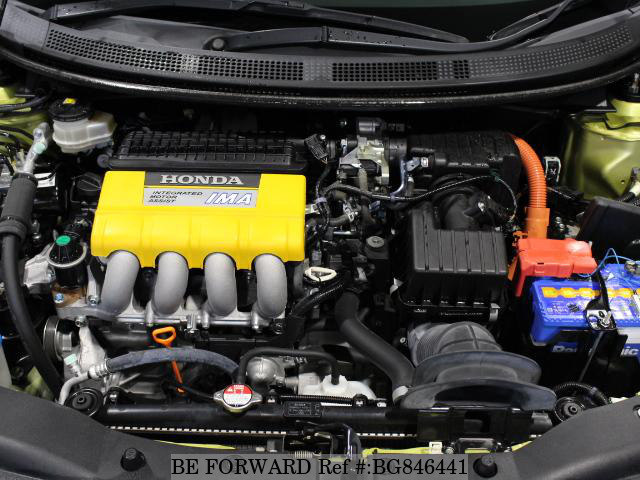 Luckily, most buyers who purchase a CR-Z are more concerned with fuel economy than high performance. The 2016 model is rated for 13.17 km/l in the city and 16.15 km/l on the highway when it is equipped with the six-speed. The CVT units are rated at 15 km/l and 16.5 km/l, respectively. These numbers are not phenomenal, but are quite competitive for its class and the overall market. 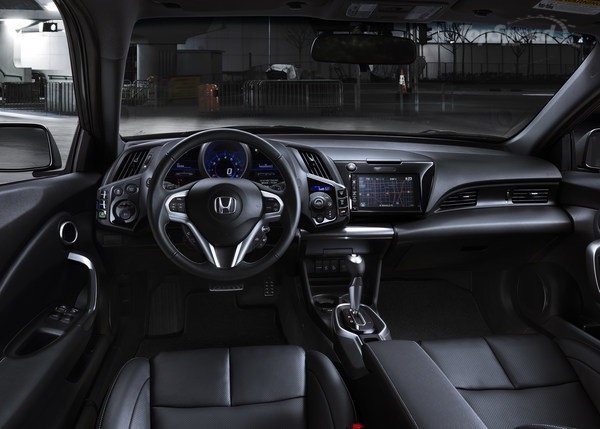 The 2016 Honda CR-Z is a mild refresh of the 2015 model, with the major exception being the introduction of the EX-L trim level. The exterior of the CR-Z features new bumpers front and rear. Where the 2015 sported body-matching paint at the end of the glass hatch, the 2016 features a patch of gloss black.

Moving inside, you will immediately notice that the center console proudly sports a closed storage bin and an armrest where the handbrake used to reside. The change was precipitated because the 2016 unit now features an electronic parking brake instead of the old-school handbrake lever. There is plenty of shiny new plastic adorning the dash and doors. Honda did toss buyers a few bones by making keyless entry and a 178mm(7 inch) touch-screen audio system standard across the line.

Handling has been improved through chassis updates that include a 20mm front stabilizer bar, a 10mm larger rear wheel track, and larger front and rear brake discs. The MacPherson strut up front, the H-shaped torsion beam suspension out back, and the electric power-assisted rack-and-pinion steering have been retained from the 2015 unit.

Upgrading from the base unit, you will find a few more bells and whistles to play with. The EX and higher trim levels offer LaneWatch. This Honda tech uses a side-mirror camera to display an image onto the center screen, eliminating the passenger-side blind spot. Spring for the new EX-L package and you get heated leather seats with contrast stitching to boot.

All of the upgrades are accompanied by a slightly higher price tag. The base model begins at around $2,500 and ranges up to $27,000 on BE FORWARD (as of February 2020 average BF prices). The price reflects a meager increase of less than 2 percent compared to the 2015 model. If you compare the base price to other popular hybrid cars, the CR-Z falls nicely below the Toyota Prius, but slightly above the Honda Fit.

Other Considerations for the 2016 Honda CR-Z

The main drawbacks for this CR-Z is typical of any sports car on the market, the fuel economy—in this case due to the older IMA system. Honda’s own Earth Dreams hybrid system offers better fuel efficiency and much more impressive horsepower. The IMA systems seem destined for history since the CR-Z is the last Honda model to use them; Honda having already phased out the Civic hybrid and Insight that were based on IMA technology. Despite this, the CR-Z’s fuel efficiency is more than decent for a coupe.

Get Your Honda CR-Z from BE FORWARD!

The 2016 Honda CR-Z remains a very viable option for buyers who want a sporty car that still delivers good fuel economy. Then again, Honda has a reputation for legendary dependability. Go to BE FORWARD for the best deals on used CR-Z models today!