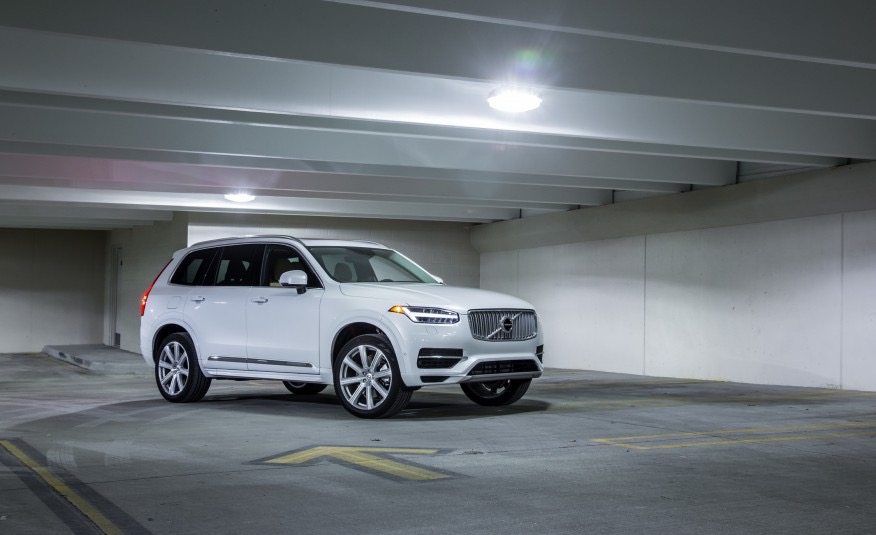 Volvo has a stellar reputation for the safety and long-term reliability of its vehicles. The automaker’s history is full of success after success. One such success is the XC90 crossover; but, as we all know, success in one area does not guarantee success in another. One potential case in point may be Volvo’s attempt to convert a three-row crossover into a plug-in hybrid. It should be simple, right? All Volvo has to do is remove the driveshaft and differential from a XC90 T6, opting for an electric motor and batteries in their place. What could be easier? 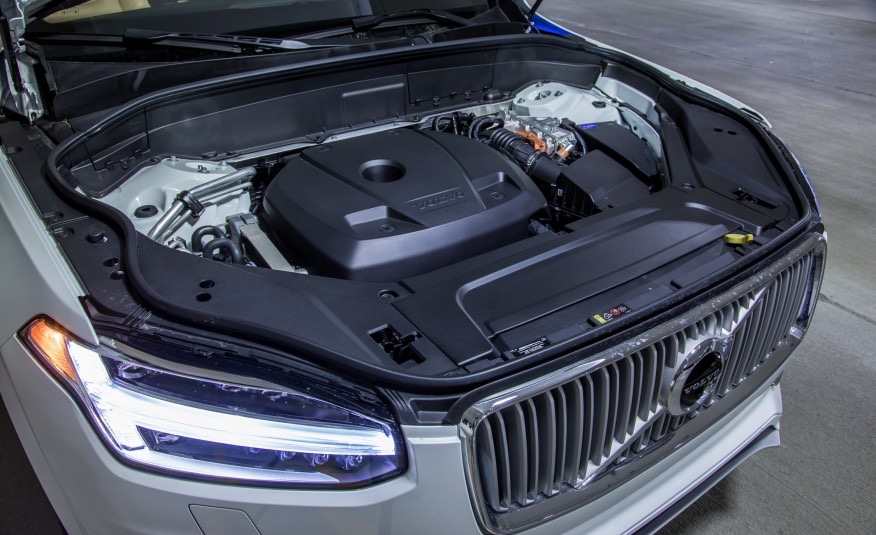 In the interest of full disclosure, there are no crazed assembly robots zealously ripping out driveshafts and differentials. The T8 is built on Volvo’s Scalable Product Architecture, which was designed to accommodate the 9.2 kWh battery and 87 bhp rear-mounted AC motor. The Twin Engine moniker is derived from the 316 bhp turbo and supercharged four that was retained from the T6. In fact, there is a third power source; a 46 bhp electric. The third engine is located between the petrol powerplant and the eight-speed automatic, boosting total power output to 400 bhp and 640 N-m of torque.

The powertrain is very flexible and can be customized with ease. There are seven drive modes that can be used to make the T8 more fuel efficient, sportier, respond to inclement weather, or to head off road. Think that is confusing? There are a total of 432 potential combinations in the self-programmable mode Those can all be explored by tinkering with the settings for the optional air suspension, the steering settings, the instrument display, the brake settings, and the climate control settings.

Once you manage to put theT8 into drive, it is a rear-wheel drive vehicle while in all electric mode. The very limited range of 21 km is only fully accessible if you go easy on the petrol pedal. Depending on the mode selected, the T8 may operate in FWD, while in other modes it may operate in AWD. As if that isn’t complicated enough, when you lock in the AWD mode, the rear electric motor is engaged and the petrol engine increases its throttle response. Then there is the cabin heat. It comes from the petrol engine when burning petrol, but from the battery’s coolant circuit when using the electric engine. Volvo has managed to stuff all of this technology into the same space as a typical XC90 without infringing on the cabin or cargo area. What it did do is add 205 kg to the curb weight of the T6 that it is based upon.

How Does It Drive? 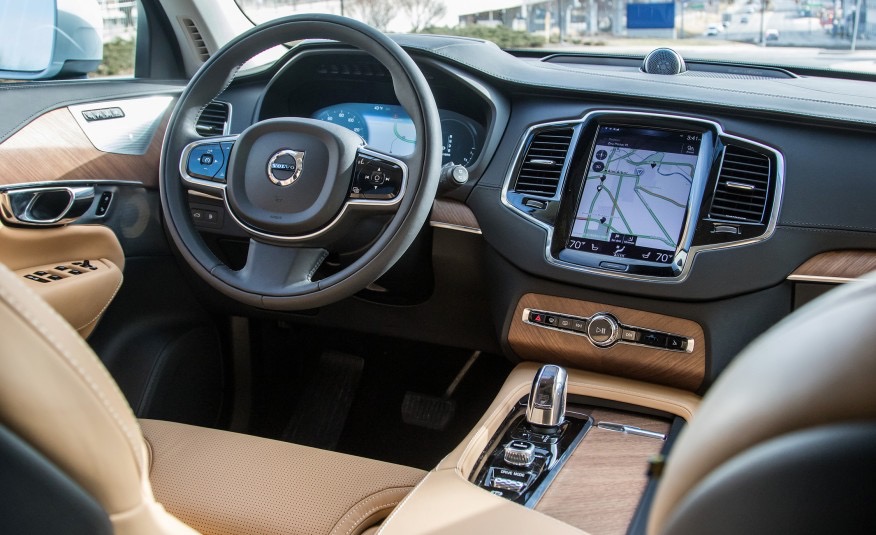 The biggest complaint that reviewers and owners have had with the T6 is a lack of power. On paper, the 400 total horsepower of the T8 seems to overcome that shortcoming. In reality, those extra ponies do great in a straight line; getting to 100 km/h in just 5.3 seconds where the T6 took six seconds to get there.

In nearly every other aspect the T8 suffers from its added curb weight. Skidpad performance dropped from 0.84 to 0.81 between the T6 and the T8. For our readers who do not know what skidpad performance is: it is how much force a vehicle can handle before it slides sideways. This is tested on a 91 m radius circle. The driver keeps the vehicle on the circle while speeding up until it slides off. The results are measured in g-forces.

In addition to skidpad issues, the braking distance increased by 3 meters and the steering is lacking. The ride is nearly torturous over broken pavement. Additionally, there seems to be a disconnect between the drive systems. The rear-drive system can get loose in wet or snowy conditions, but the front system delays kicking in just enough to cause an oversteer issue. That can be fun for adventurous drivers, but it tends to cause spilled drinks and eventually becomes annoying for driver and passengers alike.

The T8 may not be the most agile crossover on the market, but it is attractive and well appointed. Upgrading to the Inscription trim adds wood and sumptuous leather. Adding the Bowers & Wilkins audio system will give you outstanding clarity and separation. The tech is made easy to use by the XC90’s tablet-style interface.

Volvo has placed quite a premium on the T8’s hybrid drive. The T8 has a starting price that is L14,000 more than that of the T6, but what do you get for that added price? It isn’t fuel economy. The hybrid drive only offers 1.2 km/l more than the petrol engine in the T6. Granted, you can get 21 km in all electric..if you can keep your speed and acceleration low enough for 21 consecutive kilometers. Once depleted, the battery takes nearly three hours to recharge. With fuel economy numbers like that, it would take nearly 15 years of ownership to break even on the added price of the hybrid system. 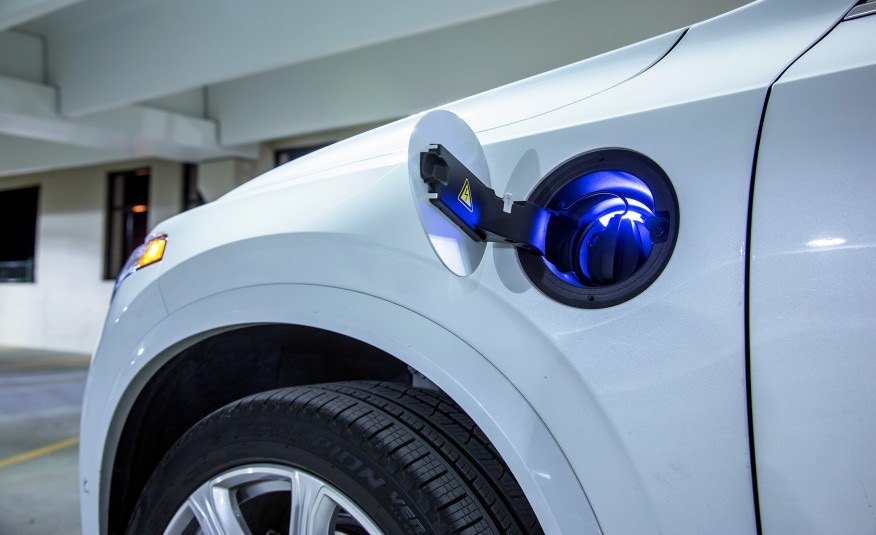 Where the XC90 is great crossover, the T8 hybrid is a sad disappointment; proof that success in one area does not guarantee success in another.