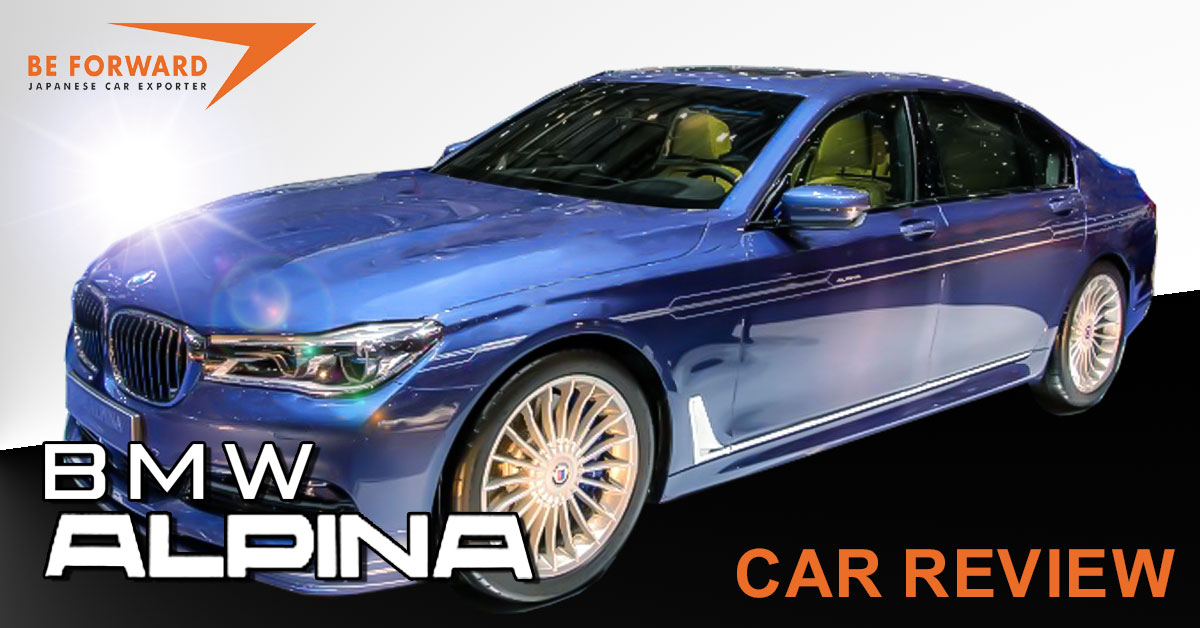 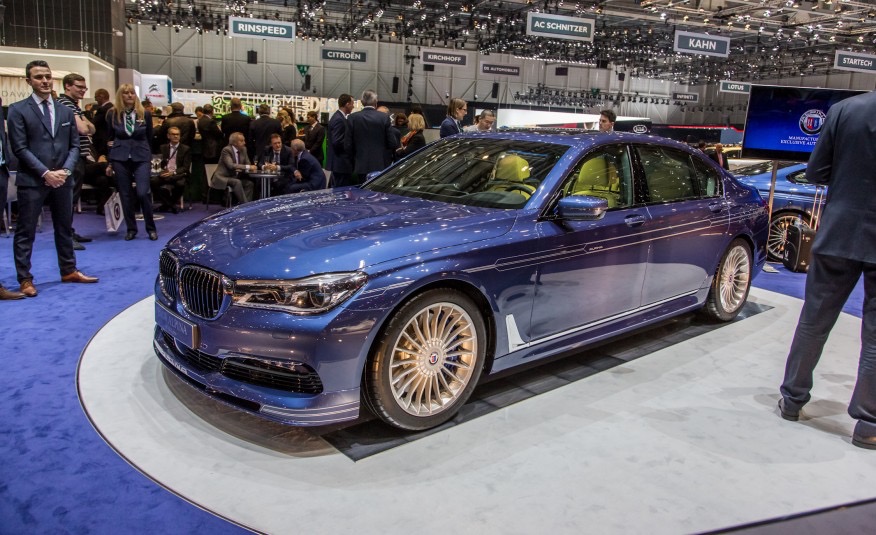 The names in the upper echelons of luxury sedans are staid and mostly well known. The same nomenclature, the same offerings, year after year. The stalwarts of the class include the Mercedes-Benz S-class, BMW 7-series, and Bentley. On the fringes are emerging offerings from well established names like the Jaguar XJ, Porsche Panamera, and the Maerati Quattroporte. Then there are the fun-to-drive variants of the mainstream units like the AMG S65, Audi S8 and the BMW Alpina B7. The offerings from Alpina often fly under the radar, so we are going to concern ourselves with the latter today.

The Alpina B7 has sat atop BMW’s 7-series offerings for many years; but, few people have ever heard of company. That should be taken as something of a statement on the exclusivity of the builder. Alpina Burkard Bovensiepen GmbH & Co. KG is based in Buchloe, Bavaria, Germany. Alpina is a stand-alone manufacturer in every way, but has an especially symbiotic relationship with BMW. The relationship is so close that Alpina’s tuning processes are performed on BMW’s assembly lines. With the B7, the build process works like this: the engine is hand assembled at the Alpina’s facility; shipped to BMW for installation; then the entire vehicle is shipped back to Alpina for the finishing touches that clearly show the dash and subtle flash of an Alpina B7. 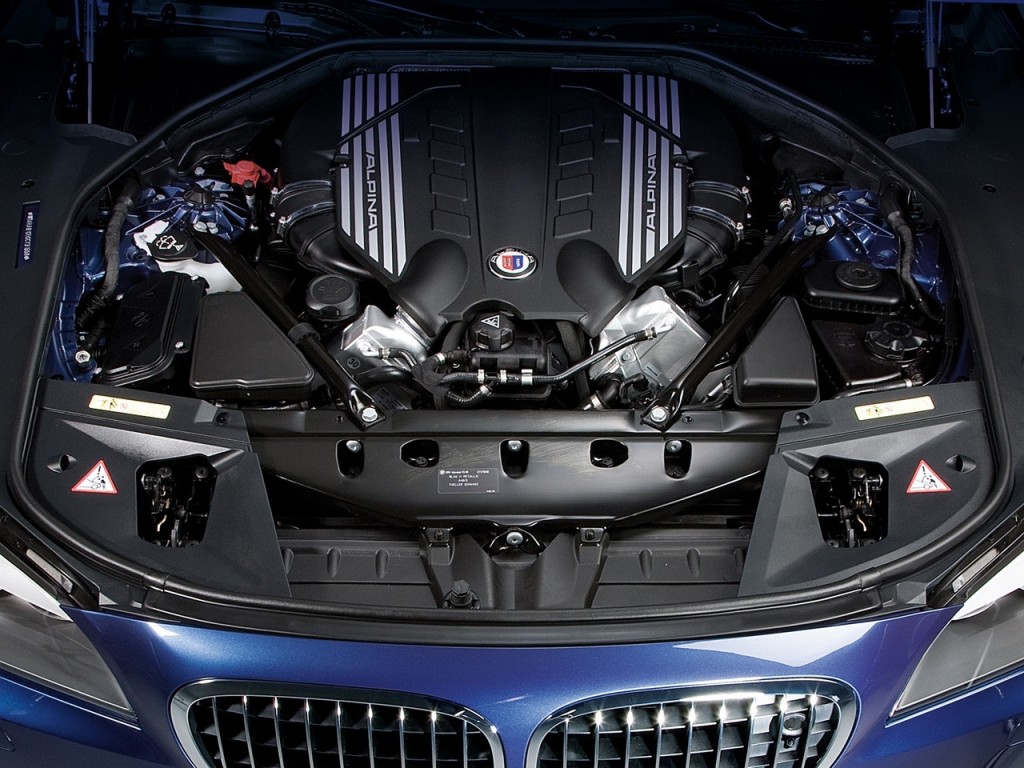 In the past, the Alpina B7 enjoyed an upgraded, yet restrained powerplant under the bonnet. Previous iterations offered mild power upgrades when compared to the 7-series they are were based upon. That restraint has been tossed into the wind. The 2017 B7 takes the base 4.4L turbocharged V8 from the 750i that is capable of 445 bhp and boosts that to a phenomenal 600 bhp. Alpina also found a way to add 150 N-m of torque, giving the Alpina B7 a total of 800 N-m.

That extra power is produced in part by brand new turbochargers, Alpina’s proprietary intake and intercooler setup, Mahle pistons designed specifically for Alpina, a dual-mode exhaust, and 20 psi of peak boost. The claims coming out of Bavaria are that the new B7 is capable of hitting 100 km/h in just 3.6 seconds and has a top speed of 310 km/h! With a top speed like that, there are only a few roads where you will ever be able to open one up. How do you holds yourself back? Sounds like a lot of money will be spent on fines. 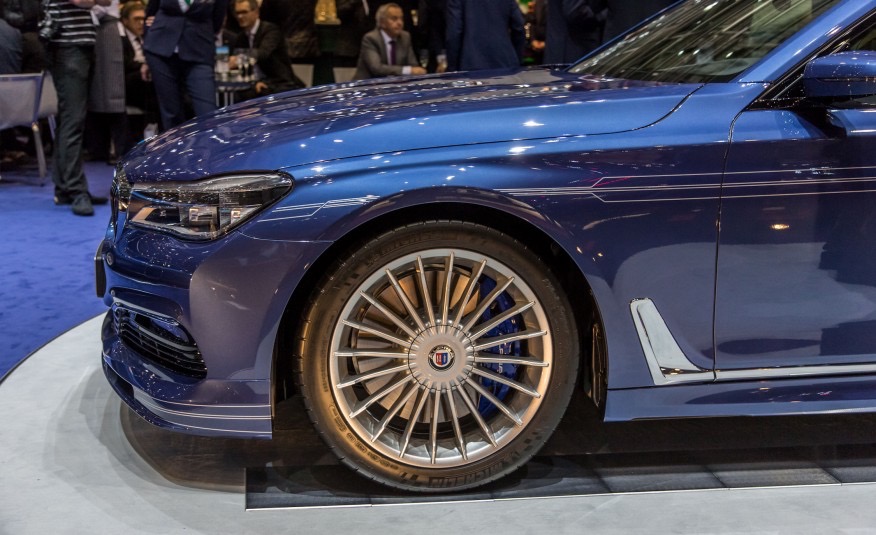 As always, the B7’s suspension is tuned for a sportier ride than the stock 750i. After all, this is a performance version, why offer the traditionally stolid ride? For the major parts of this tuned suspension, Alpina uses air springs, electronic dampeners, and BMW’s variable-rate anti-roll bars. The added horsepower means a desperate need for added grip. That grip is provided in part through a set of staggered width 20s wrapped around Alpina’s signature thin-spoke wheels. The 20s feature Alpina’s unique center valve stem system, with the valve stems residing with the wheel nuts. Buyers can opt for larger 21s, but will lose out on the center valve stem design. The center stems are so entwined in the Alpina mystique, why would you want to choose the 21s?

Once you stop staring at the wheels, there are very few exterior differences between a base 750i and a B7. Of course, there are Alpina and B7 badges on the boot. The nose and rear fascia have been subtly changed, but you have to really know your 7-series to see it. In addition to the standard colors offered in the BMW Individual bespoke program, the B7 Alpina will be offered in two exclusive colors: Alpina Blue and Alpina Green. The naming doesn’t show much ingenuity, but it doesn’t need to.

Once you move to the interior, you can see Alpina’s brush strokes more clearly. The exclusive steering wheel features green and blue stitching and the brand’s manual-shift buttons instead of paddles. The jury is still out on the whole buttons vs. paddle-shifters issue, but with 600 ponies to play with, why quibble?  The gauge cluster displays bright-blue analog faces in normal drive modes and an aggressive analog/digital combination in sport settings. Other standard equipment includes: a key with a built-in digital readout; aero-aiding shutters; and a widescreen fascia display. 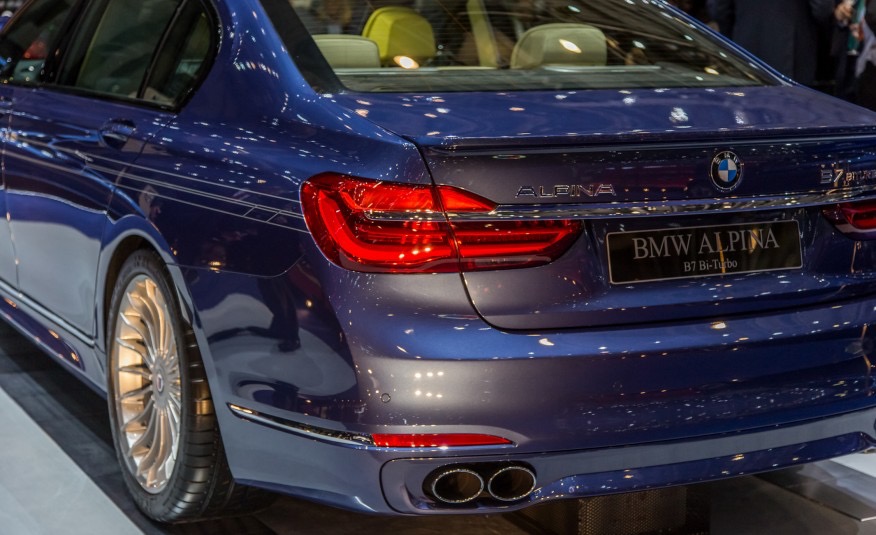 The Alpina B7 is an aggressive beauty; yet, somehow it has remained incognito to most of the world. The price of L98,000 may have something to do with it. That isn’t much more than the Mercedes-AMG S63 that is almost as fast. For driving aficionados, being able to jump to 100 km/h at such a blistering pace is well worth the extra few quid.