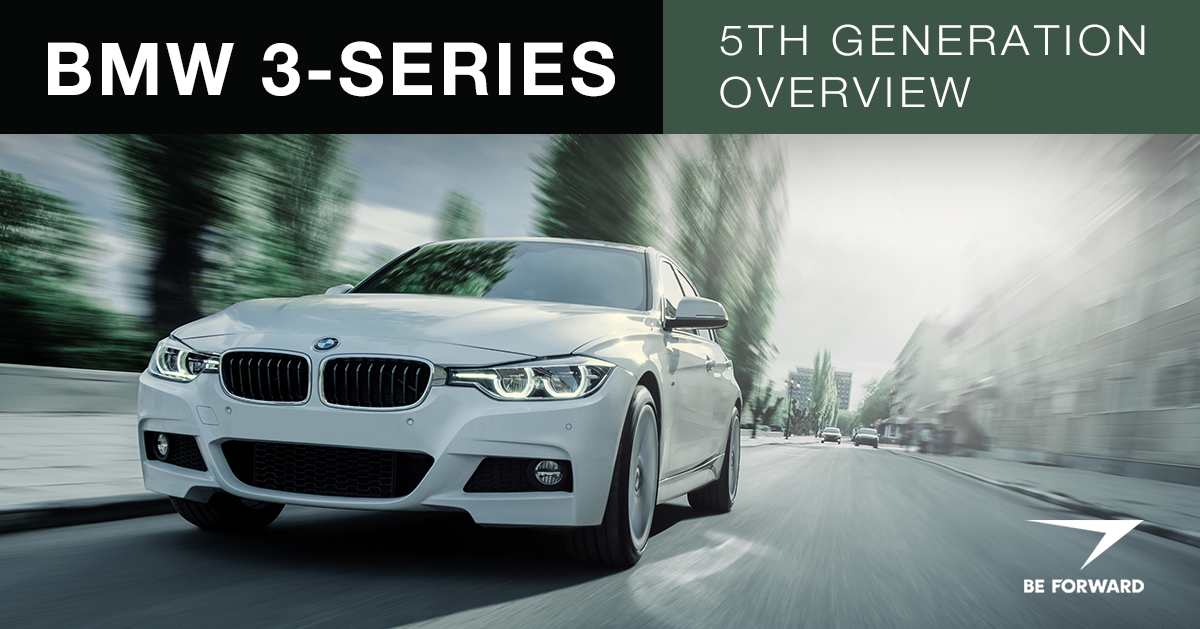 BMW began building the 3-series for the 1975 model year. Billed as the company’s entry-level luxury car, it has gone through several face-lifts, upgrades, and generations. Currently in the F30 sixth generation, the BMW 3-series is still selling strong and helping to define the luxury segment. BMW may have moved into the sixth generation of the 3-series, but that does not mean the previous generation has become obsolete or dated.

The E90 fifth generation is still a highly sought after luxury car. It was built in four layouts: the E90 model code is the four-door sedan; the E91 is a station wagon, the E92 is a coupe; and the E93 is a convertible. Come along and find out what makes the 5th generation BMW 3-Series and its variations so desirable.

A breakdown of the 5th generation 3-Series’ gems. See which model would best fit your needs!

* Prices based on average October 2019 BE FORWARD pricing.

BMW had begun the design process for the fifth generation of the BMW 3-series in early 2000. The final designs were frozen in place around mid-2002, giving BMW nearly 30 months to retool its production facilities and begin shipping the new models for their showroom debut in early 2005 as 2006 models. The designs for the four variants of the generation were assigned to three premier designers. Joji Nagashima was assigned the task of creating the sedan and estate wagon, the coupe and cabriolet were given to Marc Michael Markefka, and Christoph Nordmann was assigned to assist both designers. 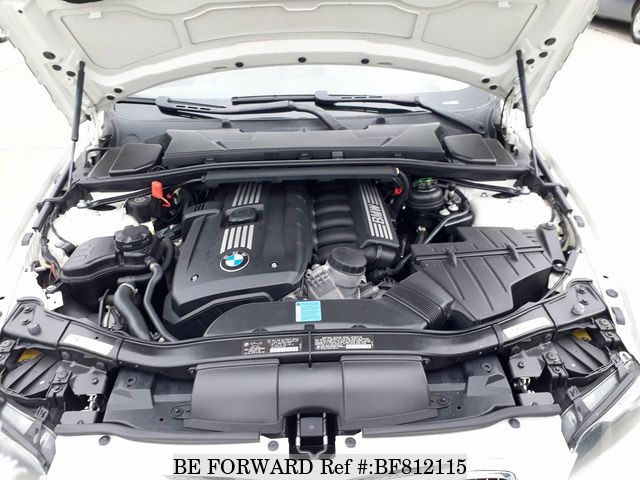 Above: Engine of a used 2007 BMW 3-Series convertible 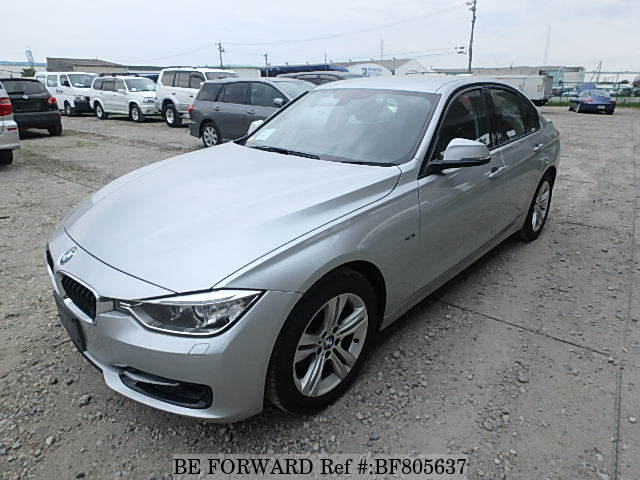 Its wheelbase is 2,760 mm, length is 4,520 mm, width is 1,820 mm, and the E90’s height is 1,420 mm. Depending on the trim level purchased, the fifth generation of the BMW 3-series could be equipped with xenon headlamps, fog lamps, automatic climate control, power-adjustable seats, satellite navigation, premium audio, Dakota leather upholstery, glass sunroof, heated front seats, and Bluetooth and USB audio input.

The E91 BMW 3-series station wagon arrived in showrooms shortly after the sedan The E91 maintained the exact same dimensions as the sedan. The engine and gearbox options were carried over as well. All of the models found in the sedan are available as a station wagon with the exception of an M3 variant. 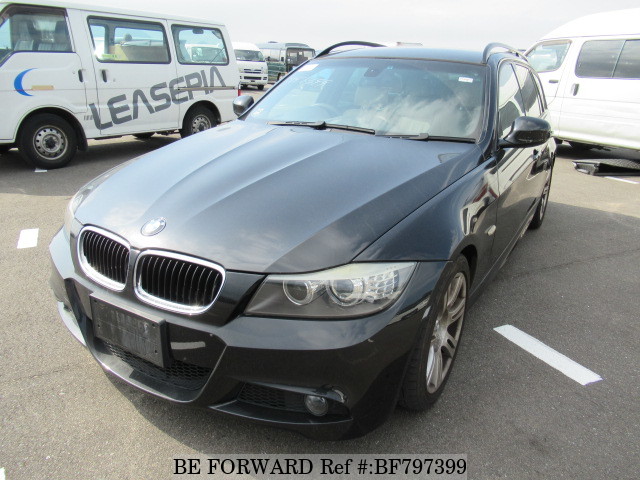 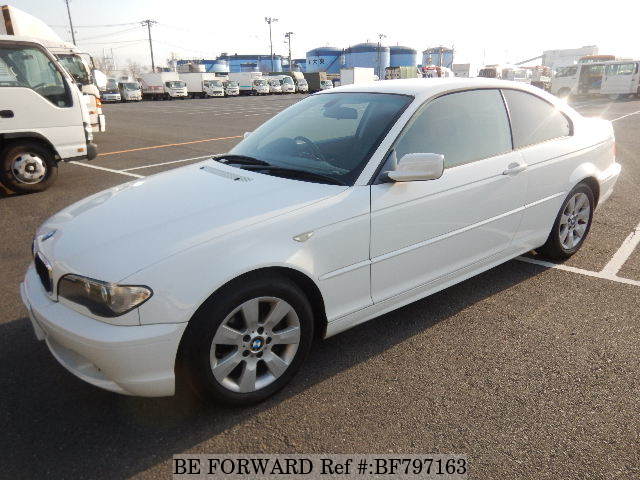 Additional changes include: a switch to an L-shaped taillight design, steeply angled headlamps, and smaller side windows. The coupe features longer door panels and only seats two in the rear. The luxury options that are available in the saloon and estate wagon are also available in the coupe. The fifth generation of the 3-series is the last to include a coupe and cabriolet variant. For the current generation, and all generations moving forward, the coupe and cabriolets will be marketed under the BMW 4-series designation. 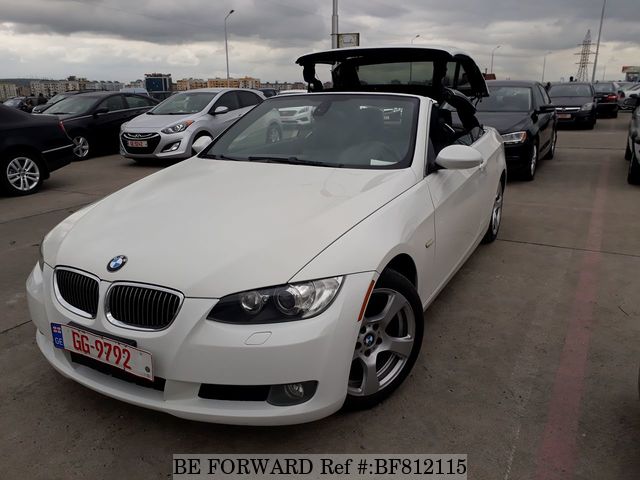 The top has been changed from the cloth used in the previous generations. The fifth generation introduced a three-piece folding aluminum hard-top roof. Not only was this feature new to the BMW 3-series cabriolet, but it was one of the first offered within the 3-series’ price range. The E93 convertible could be ordered with the ”Comfort Access” option that lowered or raised the roof at a touch of a button on the key fob.

Safety is a very important aspect of every car. The BMW 3-series was given top marks across its entire fifth generation line-up. The EURO NCAP gave it five-stars in every category except pedestrian safety features. In the United States, the IIHS gave the 3-series its top rating of Good, while the NHTSA gave it five stars across the board.

Interested in owning a BMW 3-Series of your very own? Browse through hundreds of quality used models available at BE FORWARD by clicking the button below.