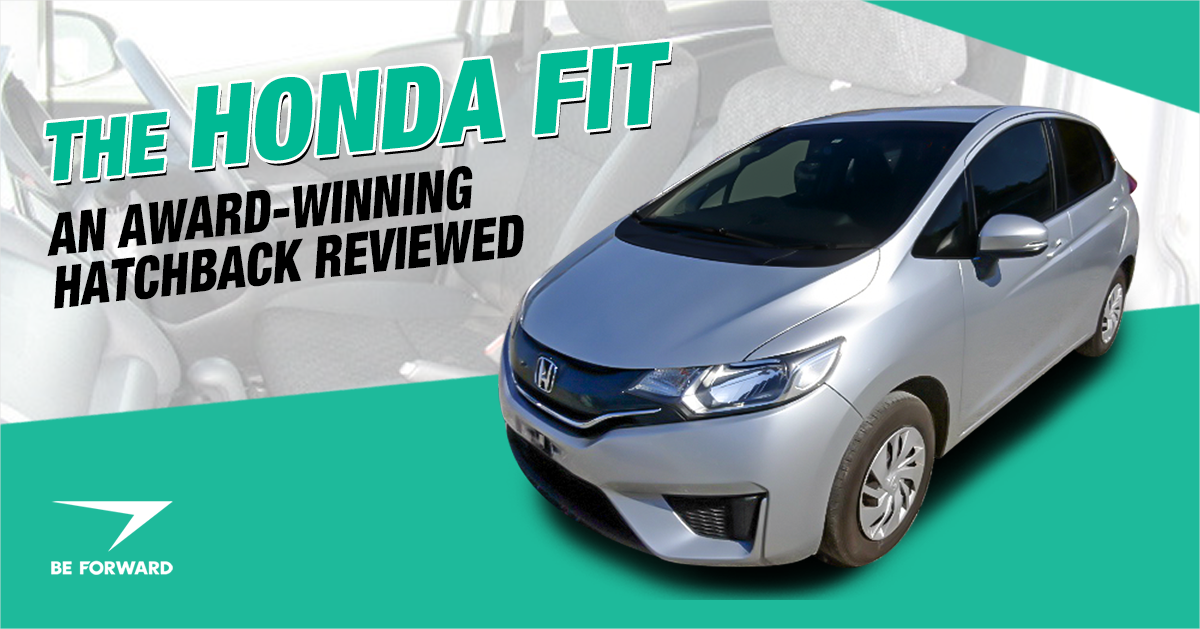 The latest models of the fit hatchback deliver great styling and extra cargo space. Those qualities combined with the well-known durability of all Honda models, makes the Honda Fit hatchback one of the best subcompact buys around. That is why we thought you might enjoy reading a relatively in-depth look at this amazing car.

Is the Honda Fit the hatchback you’ve been looking for? Let’s take a quick look at the important points we will be touching on later in this article in the table below. 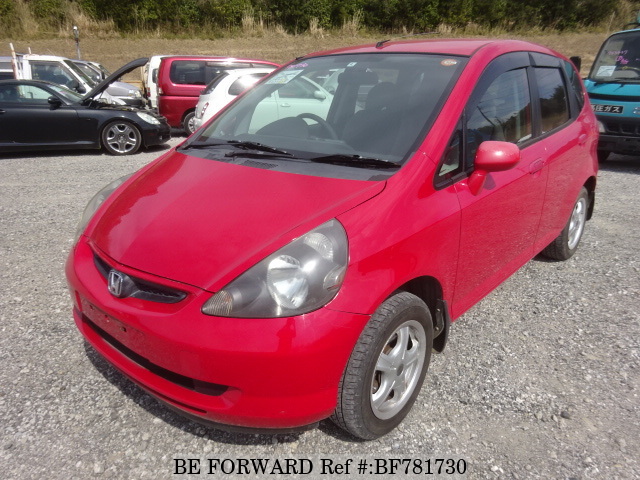 The first generation of the Honda Fit hatchback debuted in Japan in June of 2001. It was well received by buyers and critics. It received the Japan Car of the Year award for 2001 and was the top-selling car in the Japanese home market for the majority of 2002. The success of the Honda Fit hatchback lead Honda to introduce it to the European and Australian markets during the 2002 model year, slowly expanding until it was being sold globally by 2006.

The earliest models of the Honda Fit were given the Japanese model code LA-GD 1 for 2WD models and LA-GD 2 for AWD units. The first generation Honda Fit hatchback can be powered by any of three petrol I4 engines. The smallest is a 1,198 cc L12A, next is a 1,339 cc L13A, with a 1,496 cc L15A i-DSI sitting in the top trim levels. 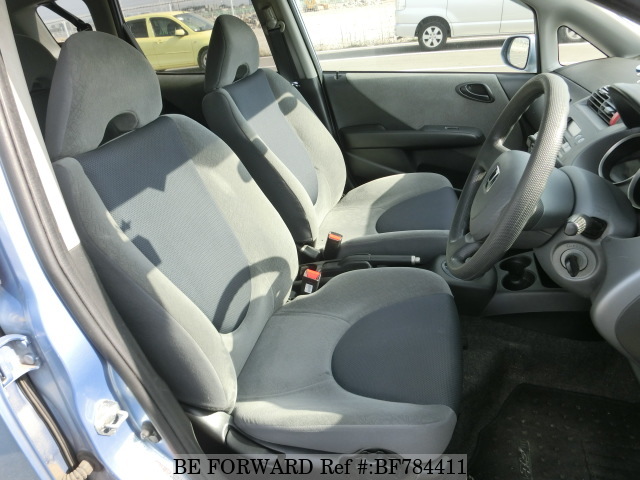 Above: Interior of a used 2004 Honda Fit

The gearbox selections are a five-speed manual, a five-speed automatic, and a CVT. The 2WD layout has been proven to offer 23.0 km/l fuel economy, while the AWD versions can provide 20.0 km/l. In addition to very solid fuel economy numbers, the Honda Fit features a forward fuel tank, allowing the rear seats to be stowed in the rear footbox for added cargo space.

The first generation of the Honda Fit hatchback is offered in nearly two dozen trim levels during its eight-year production run. The Japanese model codes have changed quite frequently as well. Buyers can find a huge range of options within a first generation Honda Fit; including Honda’s Internavi system, xenon headlamps, a heated driver’s side mirror, and a leather-wrapped steering wheel. 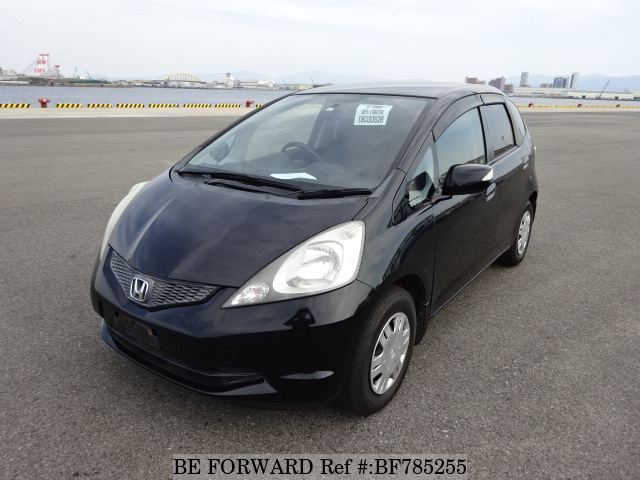 By 2006, the Honda Fit was in serious need of an update. Honda Motors introduced a restyled version of the Fit for the 2007 model year, selling it side-by-side with the previous generation until 2008. The second generation of the Honda Fit hatchback won the Japan Car of the Year Award for the second time shortly after it was introduced at the Tokyo Motor Show. In addition to exterior cosmetic updates, the second generation is 140 mm longer, the wheelbase is 50 mm longer, and it is 20 mm wider. The rear seat headrests have been redesigned to allow for more compact stowage allowing the new Fit to offer up to 53 cubic feet of storage in the boot. With the rear seats upright, the Honda Fit offers 26.1 cubic feet for cargo.

The three engine options are held over. The 1,198 cc powerplant is available in Japan only, while the 1,339 cc and 1,496 cc engines are sold in every market around the globe. The manual gearbox options are a five-speed and a six-speed. Buyers can choose from two automatic gearbox options. The first is a crisp-shifting five-speed. The other is Honda’s durable CVT. 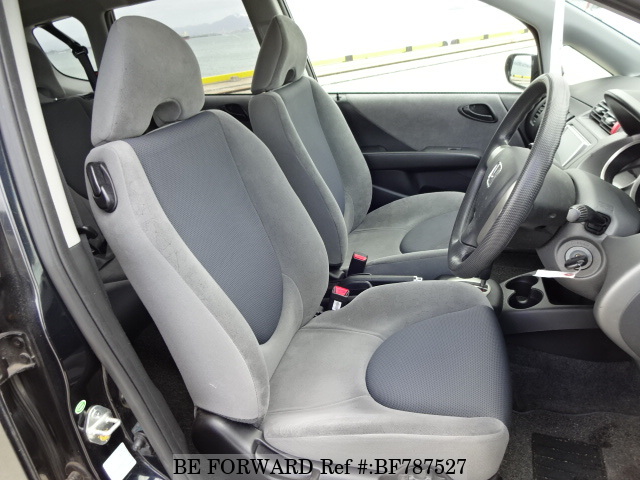 The Honda Fit Hybrid was introduced in Japan as part of the 2010 model year line-up. At its introduction, it had the lowest price of any petrol-electric hybrid within the Japanese market. The Honda Fit Hybrid combines the 1,339 cc petrol I4 with an electric motor. The setup is rated to use just 3.3 litres per 100 kilometres in accordance with Japanese 10–15 cycle testing. CO2 emissions are 104 g/km. The Fit Hybrid uses a simple parallel system (works in tandem with the petrol engine) that is lightweight and enhances driving performance with instant torque and fuel economy. This is the same drivetrain found in the Honda Insight.

Japanese model codes have remained the same throughout the second generation. The front-wheel drive units have model codes DBA-GE 6 and DBA-GE 8, while the AWD versions have model codes DBA-GE 7 and DBA-GE 9. There have been nearly two-dozen trim levels throughout the second generation of the Honda Fit. Some interior options include: xenon headlamps, navi system, leather-wrapped steering wheel, and a side-watch camera system for added safety. 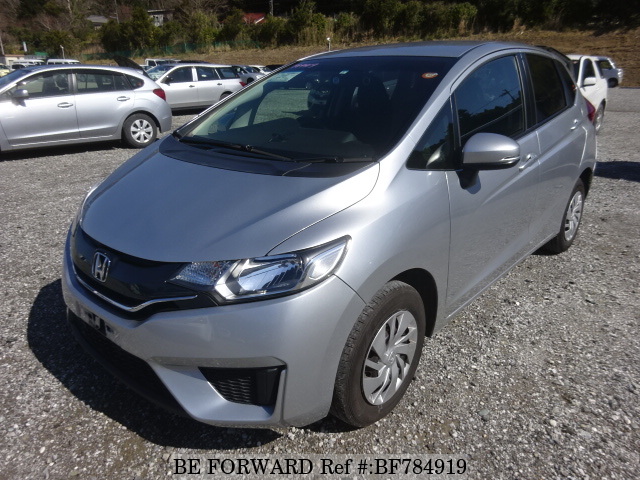 The third generation of the Honda Fit hatchback is more of a refresh than it is a total redesign. It retains nearly all of the styling effects of the previous generation with the noted addition of a deep side crease running the length of the car. The Honda Fit is now underpinned by Honda’s Global Small Car Platform that uses ultra-high strength steel. The overall length of the Fit hatchback has been reduced, a better fit for urban settings. Despite the drop in length, the wheelbase has been increased by 30 mm, giving the Fit hatchback a stronger footing.

The power plants have been carried over from the second generation with some small improvements made in power output. The Honda Fit Hybrid is still available in most markets. The gearbox selections have been totally reworked, though. Buyers can choose between an updated six-speed manual, a seven-speed semi-automatic dual-clutch, or a smooth CVT. 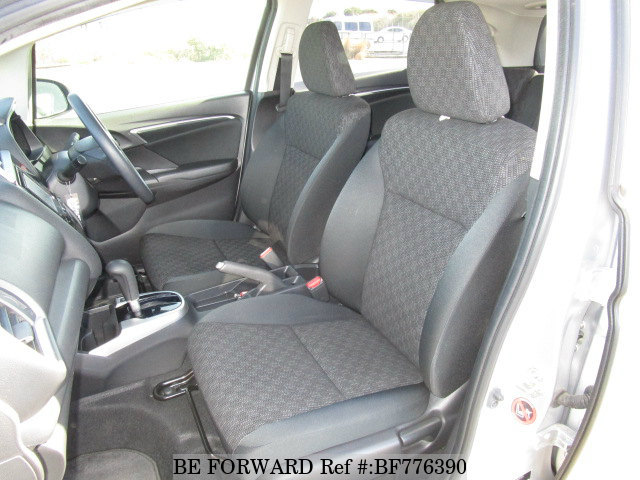 Above: Interior of a used 2016 Honda Fit

The new Honda Fit hatchback has a maximum fuel economy of 26.0 km/l in its front-wheel drive configuration and 20.6 km/l with AWD. There’s a continuous wide variety of trim levels and optional equipment to meet the needs of every buyer.

We currently have more than 150 Honda Fit hatchback models to offer. If you’re still undecided on the Fit, you can send an inquiry with questions about a specific car. If you would prefer a saloon, you can browse our selection of the Honda Fit Aria here.

3 thoughts on “The Honda Fit: An Award-Winning Hatchback Reviewed”