Nissan introduced the Nissan Sentra to the world for the 1982 model year. At the time it was an uninspiring re-badged version of the Nissan Sunny sold in the Japanese market. It began life as a subcompact and fit nicely into that crowded niche. The Sentra languished in a saturated market until the B13 third generation when Nissan decided to introduce the SE-R trim level.

The SE-R trim offered buyers Nissan’s attempt at a subcompact factory hotrod. Initially powered by Nissan’s SR20DE powerplant that was capable of 140 bhp at 6400 rpm and179 N-m of torque at 4800 rpm(in 1990). At the time, the Sentra SE-R set speed records for the subcompact class by sprinting from 0-100 km/h in just 7.6 seconds. Sales were strong, so Nissan continued the SE-R badge until recently, when the company decided to push its NISMO (taken from the Japanese for Nissan Motorsport International Limited) performance arm. Instead of SE-R, you now see the Sentra NISMO to tie in with the Juke NISMO, the 370Z NISMO, then there is the GT-R NISMO…we shudder just thinking about that wee beastie. St. Nick, please put one in our stocking! Well, back to reality. Let’s have a quick look at the 2017 Nissan Sentra NISMO. 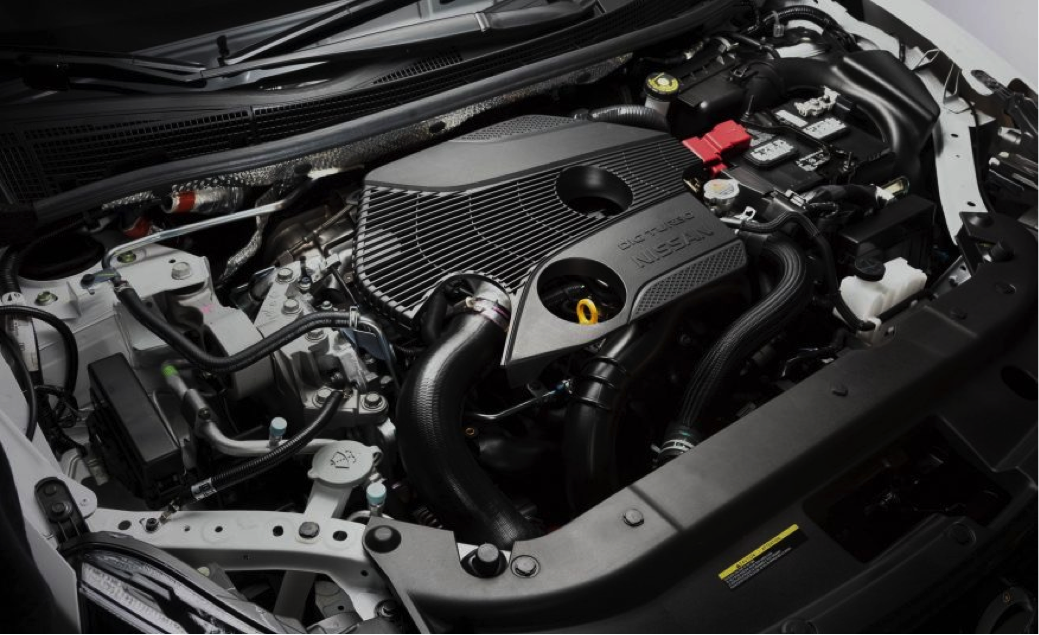 Where the Nissan 370Z is a road destroyer and the GT-R NISMO is a track-smashing sexy monster from your dreams, the 2017 Nissan Sentra NISMO is an entry-level attempt at fun.

The first thing Nissan did wrong was decrease the horsepower coming from the engine. The 2017 NISMO pushes 188 bhp and 240 N-m of torque. The 2012 Sentra SE-R was capable of 200 bhp and 245 N-m of torque. Those numbers aren’t huge drops in performance, but the Sentra NISMO’s competitors offer more ponies. Take the VW Golf GTI at 220 bhp and the Subaru WRX at 268 bhp. For a car competing in a group where ponies are very important, you cannot lag for an instant if you want to sell units.

One way to distract owners from lower engine output is to make a car fun to drive. So, what did Nissan do to make the Sentra NISMO fun to drive? The obvious thing to do is to work on the chassis. To see what was done, let’s compare the NISMO to the next lower trim, the Sentra SR Turbo. With that in mind, the NISMO has been lowered just a few millimetres. The biggest improvements came by adding stiffer springs and retuned dampers. Then Nissan added structural bracing and larger wheels with high-performance rubber shodding.

According to driver’s lucky enough to offered a test turn in the 2017 Nissan Sentra NISMO, the powerplant is quick to the pedal. Unfortunately, there is a noticeable turbo lag at low rpm. On the uptick, the six-speed gearbox has short gears, so it is easy for experienced drivers to keep the car in the fat part of the engine’s torque curve. There is an optional CVT gearbox, but it doesn’t make much sense to buy a ”performance” version of the Sentra with a CVT. Still shaking our collective head that the option is even listed at dealerships.

The CVT side note aside, the chassis needs some improvement according to the test driver’s from Car and Driver. Turn-in is a touch sloppy and the steering is dull at best. They also say the suspension seems to ”negatively impact ride quality more than it improves handling prowess.”

What’s in the Cabin 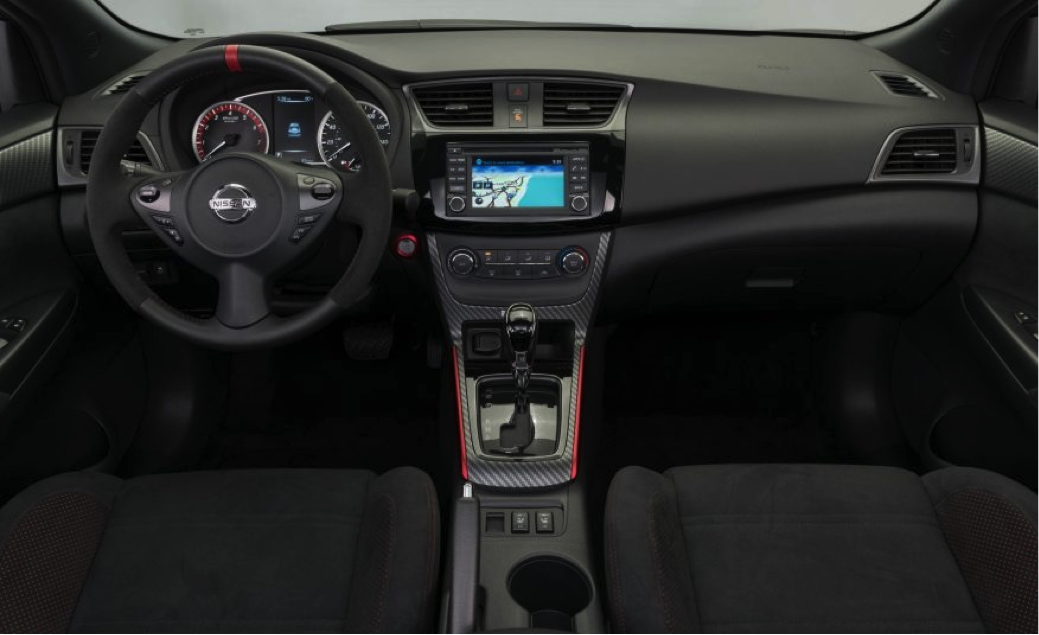 Again, the 2017 Nissan Sentra NISMO falls short of its competitors. The Sentra in general falls short in the interior appointments that Nissan tosses in, almost without care. The main concern Nissan seems to have is finding the least expensive parts possible and trying to make sure each part looks cheap. The Sentra NISMO does improve on the base Sentra by adding sport seats and a mean-looking body kit(pictured below). Those additions minimize the poor interior… to a degree. 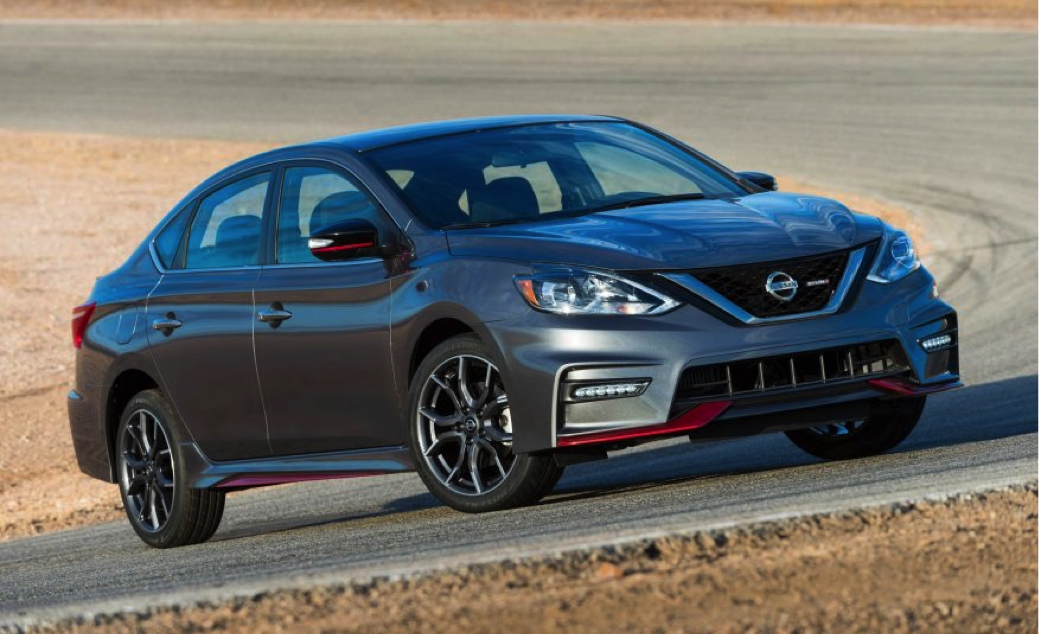 Compared to the more basic Sentra, the 2017 Nissan Sentra NISMO offers a zestier engine and more responsive driving dynamics, but it falls short of its competition. There is a lot of room for improvement before the Sentra NISMO approaches the ”motorsports-inspired” billing that Nissan has hung around its neck. On the plus side, it does have a price tag that starts right around L20,350, making it more affordable than the competition. More affordable is always good, right?