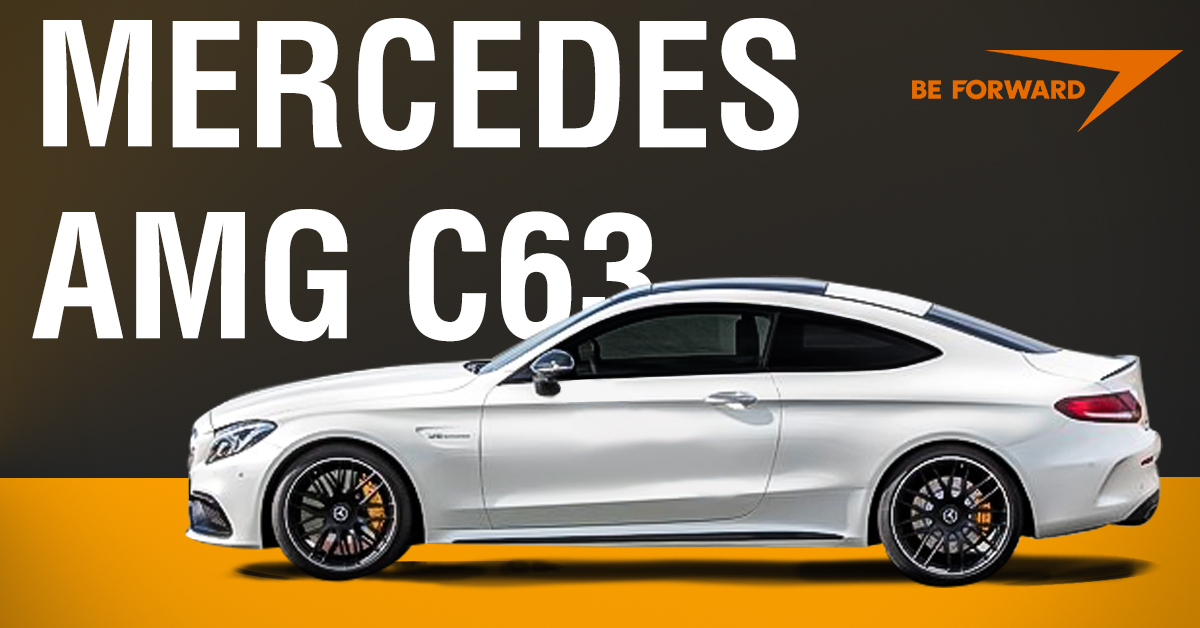 When Karl Benz patented his first ”Motorwagen” on January 29, 1886 it couldn’t even climb a small incline without someone pushing. The test model was so hard to control that Benz crashed it into a wall while demonstrating it to the public. With so many limitations, he had to worry about the practicality of the first car. Little could he imagine his underpowered three-wheel cart morphing into a 469 bhp monster capable of demanding the attention of the most jaded automotive aficionado.

Background of the C63 Coupe

Mercedes-AMG GmbH, commonly known as AMG, is the high performance division of Mercedes-Benz. The company works independently to engineer, manufacture, and customize Mercedes-Benz automobiles. AMG units can be easily distinguished from other Mercedes-Benz products by their more aggressive styling, improved performance, better handling and stability, as well as a more extensive use of carbon fiber than any other Mercedes vehicles. 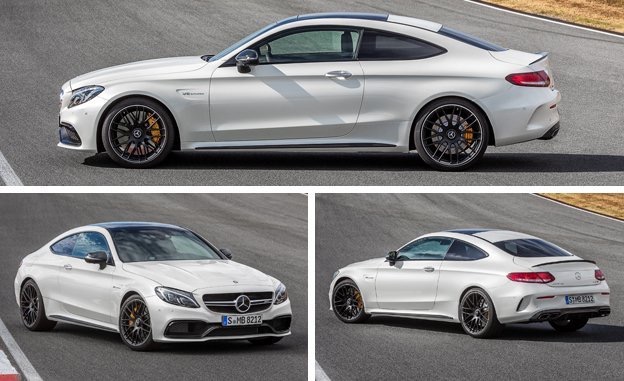 The new 2017 Mercedes-AMG C63 coupe is a stunning example of ultra-modern styling and aggressiveness. Quotes from around the internet include: ”looks angry”, ”truly fantastic”, and ”burly.”

No matter how hard you try, you can not sum the new C63 in a single word. Much more sleek than its predecessor, the 2017 has copious air intakes, extra wide fenders, and a hood that shapes a frown that barely conceals a desire to mangle every mile of road it travels. What would you expect from a car that is forced to live within the constraints of worldwide speed limits? After all, there are a minimum of 469 ponies waiting to be unleashed, yet knowing they will never be given the opportunity to gallop at full speed.

All AMG products are designed to stand apart from their tamer siblings. The C63 rises above other C-class coupes through the aggressive front bumper mentioned earlier. The bumper of the C63 boasts larger scoops that force feed air to the engine and high performance brakes. The grille is unique; offering a diamond pattern not found in the more mundane C-class lineup. The bonnet has been given several muscular lines that can not be found on other Mercedes-Benz products. In the rear, the boot adds a lip spoiler. The total effect is a car that is 63.5 mm wider in the front and  66 mm in the rear.

Under the hood, patiently waiting for a romp is the 3,982cc V8 engine. Granted, it is a bit of a size downgrade from the 6.2L featured in the original European C63; the change prompted by a need to meet tightening fuel economy requirements and shed some weight. Despite the smaller size, the new engine may be an even more capable powerplant than the one it replaced. How can that be, you may ask? Easy, the 2017 features twin turbochargers to boost the engine’s power. The weight loss and twin turbos work well together, allowing the smaller engine to continue to generate 503 bhp in the S coupe. AMG rated the engine for a 0-100 km/h time of 4.0 seconds, but test drivers at Car and Driver managed a consistent 3.9 seconds. Top speed is electronically controlled at 290 km/h, but the S coupe has plenty more to offer.

There are only two times a driver might get to unleash the S coupe’s full potential: on the track or on the Autobahn. The rest of the time, its straight-line performance is less important that its handling and cornering. To that end, AMG has completely redesigned the front and rear suspension. In fact, the rear doesn’t share a single part with the rest of the C-class lineup!

To start with, there is a specific rear-axle carrier. If you opt for the available carbon-ceramic front rotors and forged wheels, you can greatly reduce the monster’s unsprung weight. Additionally, the S coupe has an electronically controlled diff compared to the base C63 mechanical limited slip diff. The S also features active engine mounts that will relax or stiffen while driving, a feature found in the AMG GT and Porsche 911 Turbo. Stability is further enhanced by the optional 19 inch wheels. Well, if they do not improve the stability, the car is at least sharper for having them.

The interior of the S coupe shares an interior with the C-class lineup with very few tweaks. That may actually be a slight detractor. This is a purely masculine car, yet front-and-center is a rather dainty, even petite, column-mounted gear selector. Other than that, the interior embodies the extreme comfort and luxury that buyers expect from Mercedes-Benz. The interior comfort is perfectly accented by a Burmester sound system that will blow your mind.

The 2017 Mercedes-Benz AMG C63 S-model coupe is an amazing luxury performance car for the discerning buyer; but, if it does not suit your tastes or maker preference, there are comparable cars to be found. The S coupe’s closest competition comes from the likes of the Audi RS5, the BMW M4, the Cadillac ATS-V, or the Lexus RC F. Whichever car you buy, do yourself a favor…take it to the track from time to time!