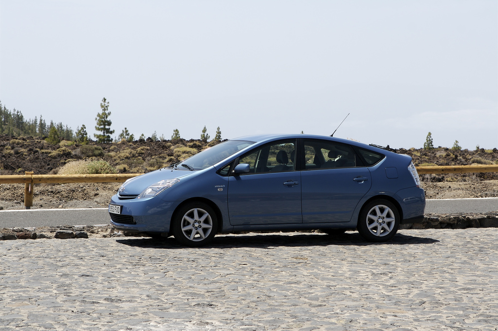 When the Toyota Prius hybrid was introduced to the Japanese domestic market for the 1997 model year, it was revolutionary. It wasn’t revolutionary within the industry for being the first hybrid drivetrain to be built; revolutionary because it was the first mass produced hybrid to be a commercial success. As the Prius hybrid has become more successful, other automakers have scrambled to add hybrid drivetrains to their range of cars. Today, you can find hybrids systems being used in the lineups of even the most premium automakers and by elite boutique manufacturers. All of which can trace their design impetus to the success of the Toyota Prius hybrid. Because of its iconic status, we thought it would be a good idea to take a somewhat indepth look at the grand patriarch of the modern hybrid. 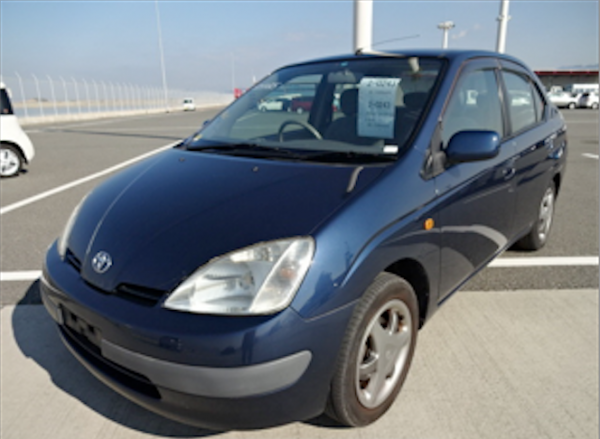 The first generation of the Toyota Prius hybrid was introduced at the end of the 1997 model year. The first cars were only sold in the Japanese home market as Toyota explored the reception the car might receive. The test went well, with 18,000 units being sold during the first year. The first cars, Japanese model code HK-NHW 10, were very basic, with an emphasis on the hybrid drive system over interior comforts. The only engine available was a 1,496 cc petrol I4 that was capable of just 56 bhp. The engine was coupled to a CVT for added fuel economy.

Although Toyota added a few trim lines to the Prius, the car was not given a mid-cycle refresh until 2000 when the units with Japanese model code ZA-NHW 11 debuted and international sales began. The refresh was limited to a few exterior aesthetics and an upgrade to the engine. The refreshed model was still powered by a 1,496 cc petrol I4, but output had been increased to 72 bhp and the Prius met all of the governmental standards to be certified as a super low emissions vehicle. By the end of the first generation, the Toyota Prius hybrid had seen several upgrades and a renaming of its trim levels. By 2003, the Prius was available in the S, G, S navi special, and G navi special trim levels. 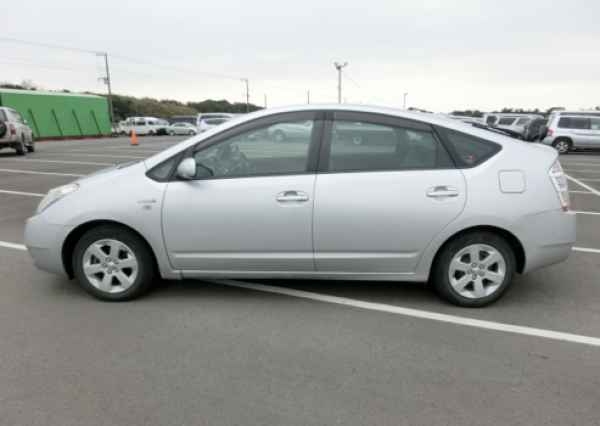 The second generation of the Toyota Prius hybrid was shown at all of the international auto shows in 2003. Sales began in most markets as a 2003 model, but as a 2004 model in North America. The second generation was a total redesign. The second generation grew in every dimension compared to the first generation car and the Prius had morphed into a small liftback within the mid-size car segment. The cabin had been redesigned to offer more interior space, most significantly rear legroom had been dramatically increased. Toyota was able to lower the Prius’ drag coefficient to 0.26 for improved fuel economy.

The second generation of the Toyota Prius hybrid was given the Japanese model code DAA-NHW 20. The 1,496 cc petrol I4 was retained, but output was improved and emissions lowered. The second generation of the Prius received the highest possible accolades from the Japanese government and met the Ministry of Land, Infrastructure and Transport’s standards for 75 percent exhaust emissions prior to the 2005 domestic deadline. 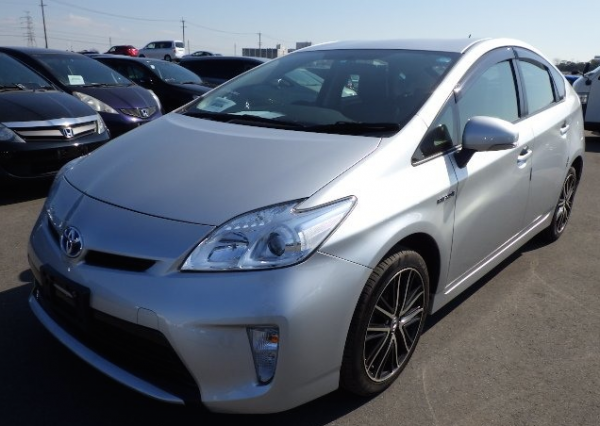 The third generation of the Toyota Prius was unveiled during the 2009 international auto show season. It went to showrooms that same year in some markets and as a 2010 model in others. The third generation is more aerodynamic, with a drag coefficient that has been lowered slightly to 0.25. In addition to the lower drag coefficient, the updated Prius offers a lower price tag, a larger engine, and improved fuel economy

The third generation of the Prius hybrid, Japanese model code DAA-ZVW 30 is powered by a 1,798 cc 2ZR-FXE petrol I4. The petrol engine has an output of 110 bhp. Output was not the primary goal of increasing the engine size. Toyota wanted to increase the torque available at lower rpm; thus, increasing fuel efficiency at highway speeds. Toyota also eliminated the need for an accessory belt by installing an electric water pump, again improving fuel economy. The electric motors, and other hybrid components, are smaller in the third gen Prius; shedding more weight for added petrol savings. The total result is a Prius hybrid with a fuel economy rating of 3.90L/100 km combined.

The fourth generation of the Toyota Prius was introduced to the Japanese home market in December of 2015 as a 2016 model. There have been several major changes made to the new Prius. Those changes include being the first car to be built on the Toyota New Global Architecture (TNGA) modular platform. TNGA was designed to create a lower center of gravity and increased structural rigidity. The fourth-gen Prius hybrid also offers increased interior space; improved handling, agility and aerodynamics; and a completely redesigned exterior.

The design of the fourth-generation Prius is focused on improved fuel economy, being lighter, and to offer a lower selling price. These objectives are met through improvements in battery, electric motor, and petrol engine technology. The result is that the new Prius hybrid with standard equipment has a rated fuel economy of 40.8 km/l according to the Japanese JC08 cycle test. If you opt for the new Eco version, fuel economy improves to 4.2L/100 km. The extra fuel efficiency can be attributed to the use of a lighter battery in the Eco and its lack of a spare tyre, jack, and spanner.

Unfortunately, we do not have any fourth generation Toyota Prius’ available at this time. We can attribute this lack to the reliability and relative new appearance of the model. However, you can view our selection of past-gen Prius hybrid models at this link. If you cannot find what you are looking for on our website, feel free to send us an inquiry.