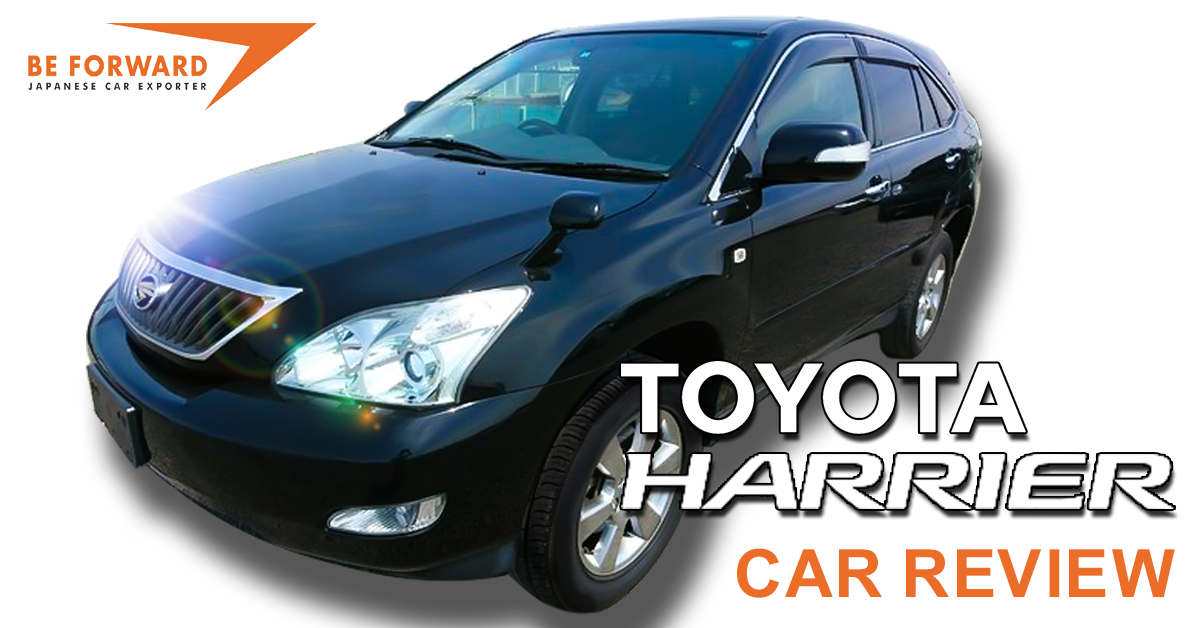 Before crossover SUVs (Sport Utility Vehicle) such as the Toyota Harrier came into production, there was really nothing in between the full-size SUV and the sedan. People liked the flexibility of the SUV, but not necessarily the hugeness and the clunkiness associated with full-size SUVs that were on the market at the time. The Harrier came as a perfect option, which we take a closer look at in this Toyota Harrier review.

What is a Toyota Harrier?

Unlike many other vehicles, which are designed from the ground up, the Toyota Harrier made use of a lot of technologies that were already tried and true. At least in the beginning, the i4 and V6 engine and transmission options were the same as found in the Toyota Camry and RAV4, meaning Toyota engineers could focus on the other facets of Toyota Harrier’s winning design. 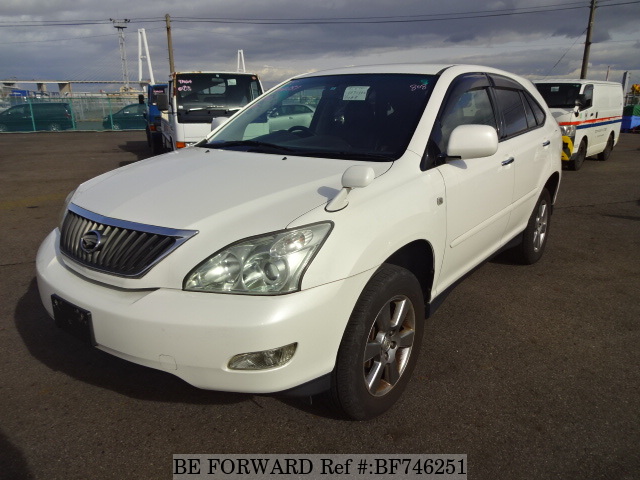 One big thing that sets the Toyota Harrier apart from other luxury crossover SUVs in its class is the attention to NVH, that is, Noise, Vibration, and Harshness. On driving the Toyota Harrier, most come to the conclusion that NVH means “No Vibration or Harshness,” Toyota engineers must have done a pretty good job. The design of the Toyota Harrier makes more use of insulation and vibration dampers than the typical SUV, or even the typical crossover SUV, which makes them some of the quietest vehicles on the road, particularly when compared to similar sized cars.

How Much is a Toyota Harrier?

Depending on the model year and generation, a used Toyota Harrier on BE FORWARD can cost on average as follows: 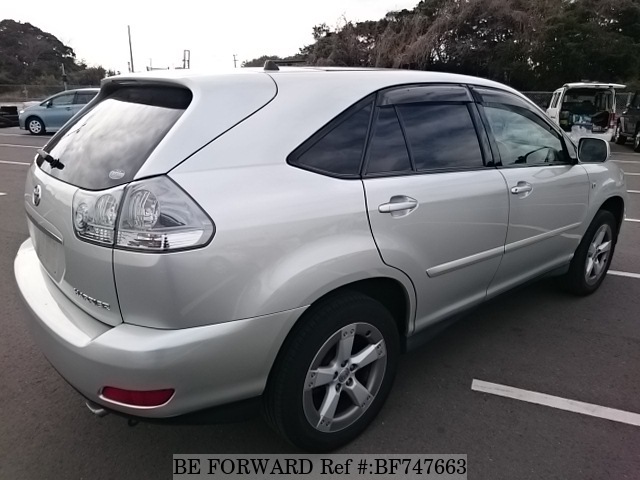 Above: Rear of a used 2003 Toyota Harrier 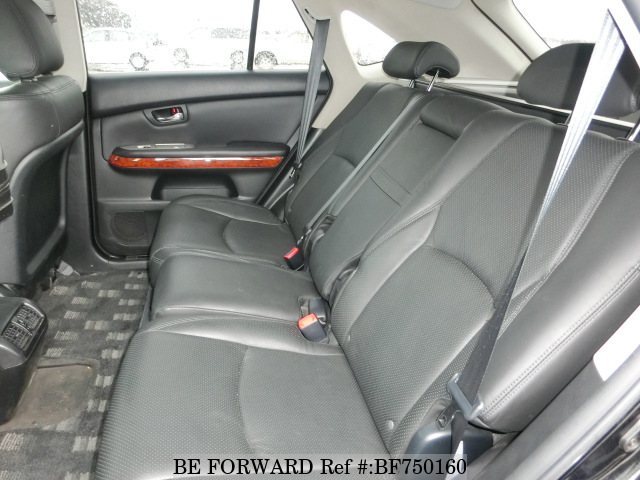 Above: Interior of a used 2004 Toyota Harrier

Today’s Toyota Harrier comes with a choice of four- and six-cylinder engines, paired with, depending on model year, a five- or six-speed automatic transmission. The hybrid Harrier comes with a V6 engine paired with a CVT (constant velocity transmission). The drivetrain comes in both front-wheel and all-wheel drive (AWD) configurations. The four-cylinder engine options, of course, don’t provide the power of the six-cylinder options, but are also more economical. 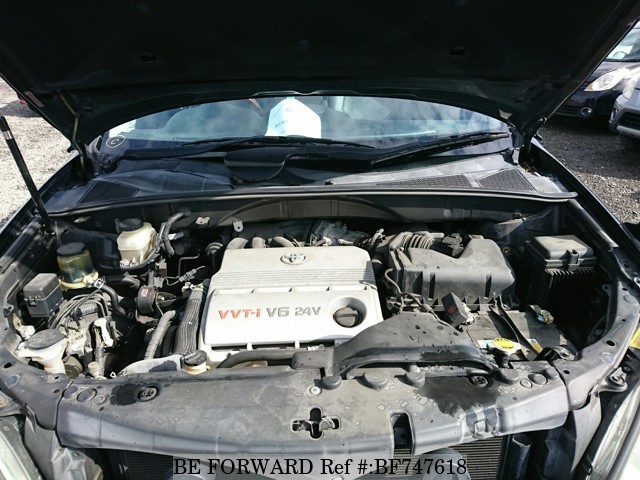 Above: Engine of a used 2005 Toyota Harrier

Interestingly, the AWD versions of the Toyota Harrier, later renamed Lexus RX, even in Japan, was never touted as an off-road performer. Instead, Toyota marketed the Harrier’s AWD system as a safety feature. Drivers of the Toyota Harrier AWD could expect to lose a little on fuel economy, but the sure-footed AWD system would keep them safe on rough roads and loose road surfaces, such as mud or gravel.

For a medium-sized crossover SUV, the fuel economy of the Toyota Harrier is surprisingly efficient and can easily take you the extra mile. Depending on the generation and model year, the Harrier can range anywhere from between 8.8km/L and 11km/L for the 1st generation and 9.1km/L to 11km/L for the later 2nd generation models. 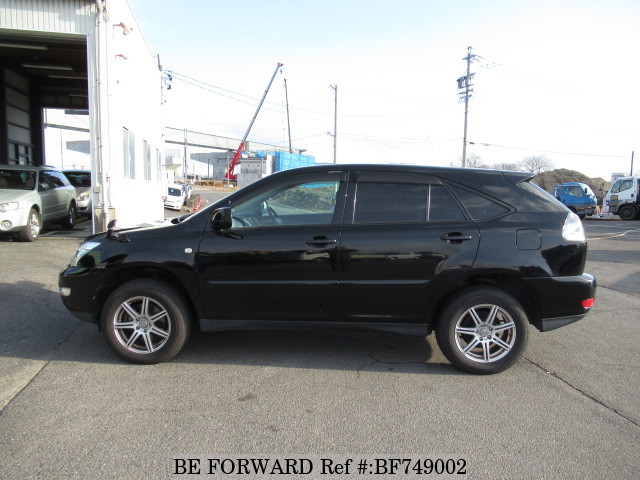 Above: Side of a used 2006 Toyota Harrier

Be sure to check for a complete maintenance history and low mileage before you buy a used Toyota Harrier, if possible. When considering AWD versions, be sure the AWD system has been maintained, including centre and rear differentials. Oil changes in the 3.0ℓ V6 and some of the later 3.3ℓ were especially critical. Burning oil is a sure sign of abuse, and an oil burner should be avoided at all costs. Still, even if you have to replace an abused engine, the rest of the powertrain and drivetrain is top-notch, so a new engine is a good investment.