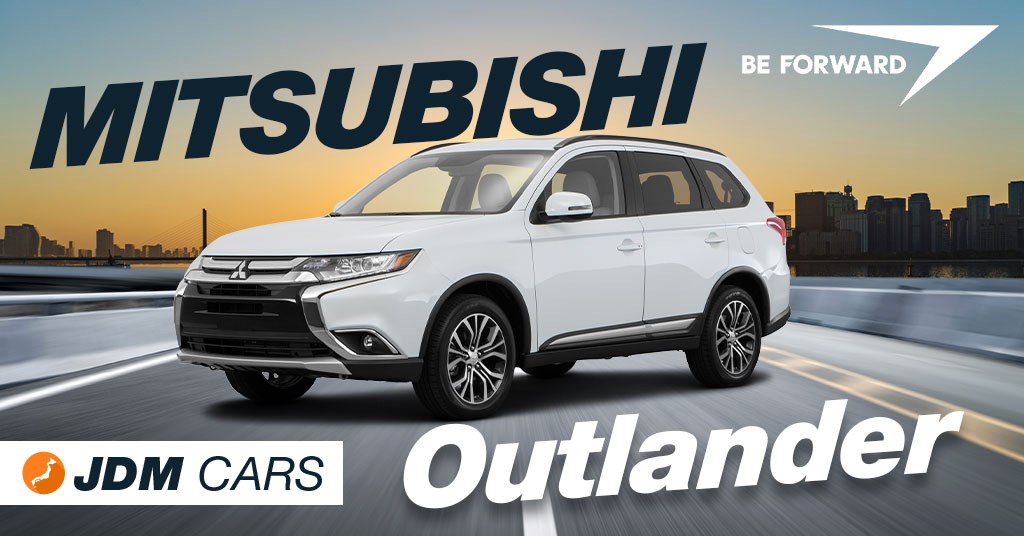 In 2001 Mitsubishi Motor Japan introduced a new car model known as Mitsubishi Airtrek, which later became the Mitsubishi Outlander, first on the American market from 2003 while still retaining the Airtrek name in Japan. From 2006 the Airtrek name was completely dropped and the Outlander name was official in all markets. Ever since its release, Outlander has proved to be one of Mitsubishi’s true success stories with regards to sales and reputation.

Mitsubishi Outlander is a Crossover Utility Vehicle (CUV) produced by the Japanese motoring giant Mitsubishi. It is an all-season car with good on-road and off-road abilities, offering good ground clearance while still maintaining car-like emissions, good fuel economy (outscoring other brands in its category), and size. The Outlander was specifically built to comfortably take people to unexplored places for adventure while living up to the Mitsubishi company slogan for being Robust, Reliable & Ingenious. The Mitsubishi Outlander is spacious; people love its roominess with the ability to accommodate 7 passengers and a big boot to accommodate your luggage.

The Outlander has a good resale value and attracts a good price for its rating. Current BE FORWARD prices of the Outlander range from US$ 2000 to US$ 23,000.

The Outlander is a true family class SUV with a seven-seat layout for the petrol models and a five-seat layout for the PHEV models. The interior is spacious and well put together with nice, comfortable, and supportive seats that are covered with fabric as standard or leather upholstery for the top models. Other features include dual-zone climate control, Bluetooth connectivity, Apple CarPlay, Android Auto, DAB six-speaker audio, heated front seats, leather-covered steering wheel, and gear shifter. The Outlander offers a 477-liter boot with all the 7 seats occupied, and when you split-fold 50/50 rear seats the cargo space expands to 913-liters and if that space is not enough, you again split-fold the 60/40 the mid-row seats and you eventually get a 1608-liter boot. The petrol version Outlander boot also offers additional stowage beneath the boot floor, while the PHEV has a maximum 463-liters boot as the big battery pack is stored in the boot.

The Outlander is a good-looking car, a true head-turner. The front features a nice grille with chrome detailing and a large staging of Mitsubishi’s three-diamond logo. The chrome detailing is extended to the window line and across the rear. Mitsubishi’s ‘Dynamic Shield’ design has made the Outlander more curvaceous with LED headlights, taillights, and daytime running lights. The top models come with a powered rear tailgate and 18-inch alloy wheels.

The Mitsubishi Outlander comes with a wide range of engine choices such as a 4-cylinder engine (which comes with either a 4-speed automatic continuously variable transmission (CVT) or 5-speed manual transmission), a 6-cylinder with a 6-speed auto or a sequential manual shift, and a Plug-in Hybrid Electric Vehicle (PHEV) commonly referred to as hybrids, whereby the car is powered by an engine and motor. Below we have listed some of these engines with their specifications.

The 133 hp 2.4-liter 4-cylinder petrol engine helps generate a charge for the 13.8 kWh battery. This battery powers the 82 hp front motor and the 95 hp rear motor. You can travel 45 kilometers in electric mode. This hybrid combination yields one of the best fuel consumption of 59 km/l, while on petrol power you’ll yield about 12 km/l. Other SUVs can only dream of this.

The Outlander’s safety rating is excellent, Mitsubishi worked hard to make sure that all occupants are well protected in case of a crash. The Outlander was awarded five out of five stars by the Euro NCAP, but if that is not enough it also received a 94% score for adult occupant protection and in the safety assistance category where cars are judged on their safety technology it received a rare 100% rating.
The Outlander is a reliable car with good scores for practicality and running costs. Standard safety features of the outlander include ABS, seven airbags, traction control, ISOFIX child-seat mounts on the second-row seats, emergency stop signal (ESS), blind-spot monitoring, rear cross-traffic alert, stability control, and hill start assist.

The Outlander is a car that has won hearts, but the PHEV won more than the petrol model. When Mitsubishi released the Outlander PHEV, the model was ahead of its time, and its competitors had to play catchup. Now more than any other time, the PHEV is even more relevant as the push for plug-in hybrid intensifies. The petrol model also has a fair share of enthusiasts due to the amount of space it offers and the seven seats. The engines are also economical making them ideal for families that like to travel together. The good ground clearance and 4×4 drive train make it even better. Apart from the powertrains, the Outlander is indeed a decent and exciting all-round package. Please visit BE FORWARD and find yourself an exciting Mitsubishi Outlander and thank us later.

ALL MITSUBISHI OUTLANDER FOR SALE