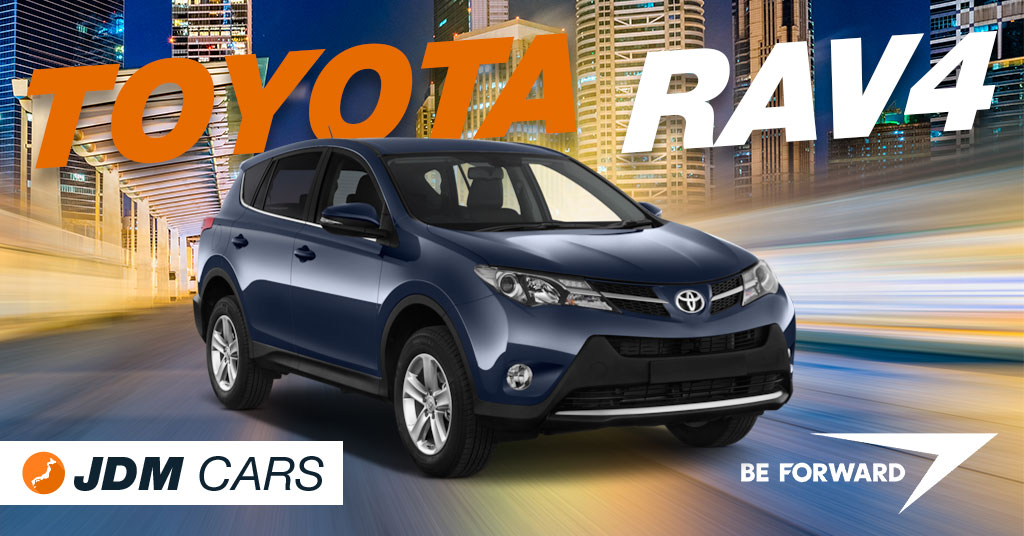 The price of used Toyota RAV 4 in the market varies from version, trim, and dealers while average BE FORWARD prices as of June 2021 starts at USD 6,550. 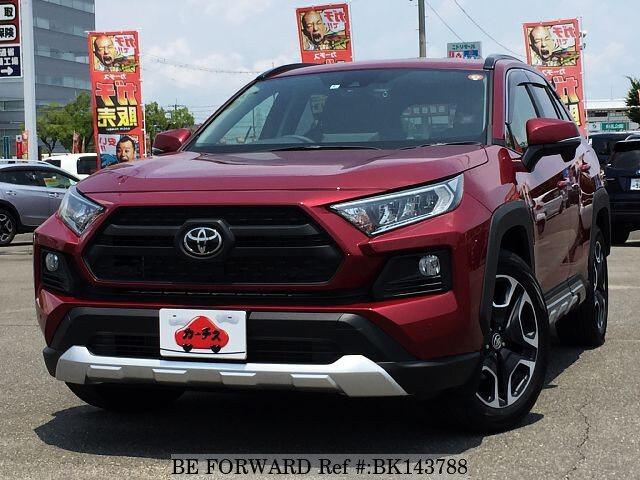 Now that we are familiar with the crossover SUV release trend, this article concentrates on the fourth-generation: XA40 2012 and 2018 productions. This generation came with complete redesigns and it is only fair that we review the evolution of the vehicle between the two years. With five models in between, the 2012 Toyota RAV4 completely upgraded into the first consumers’ choice in 2018. 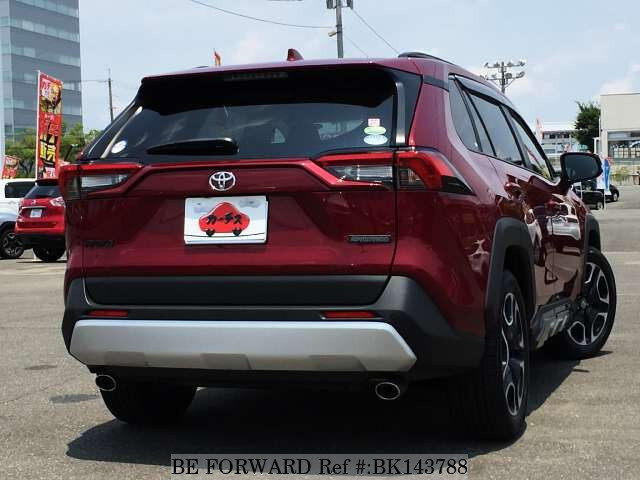 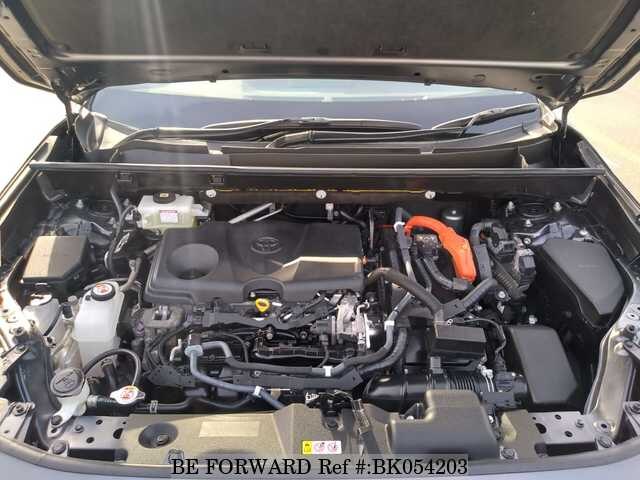 Whether you are looking for space, economy friendly, or a road trip partner, you have landed on the right page. The interior of the 2012 Toyota RAV4 features an electronic instrument cluster that allows you to monitor distance with an easy read-out and speed. 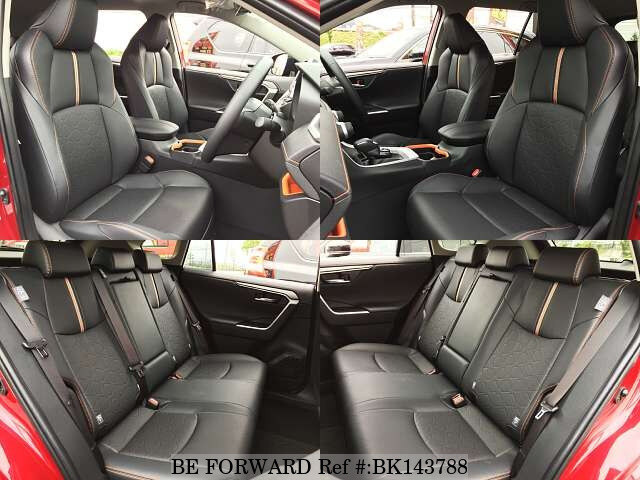 Like the Vanguard, the 2012 Toyota RAV4 is also a roomy car. The space on the first row is good, even a tall driver will have enough space to play with. On the second row, the space is also good including the middle seat which is usually enfolded on most cars. The 2012 Toyota RAV4 has sufficient storage spaces that are essential for storing items such as water bottles, smartphones, and other hand luggage. For the first row, there are side pockets, a center box, 4 cup holders, & a glove box. For second-row seats, there is pocket storage on the front seats and 2 cup holders with the middle seat folded. The 2012 Toyota RAV4 is a well-designed car that appeals to both masculine and feminine customers. The center console has a 6-speaker AM/FM/CD/MP3/WMA radio player, with a 7-inch display that also serves as a navigation system and a back-view camera display. Below the radio, there is a small digital display that displays the fan speed; it is followed by large and easy-to-use climatic control buttons. Other features include a tilt-and-telescoping steering wheel, rear privacy glass, electric windows, air-conditioning, an auxiliary audio jack, and cruise control.

The 2012 Toyota RAV4 has enough cargo space that can carry luggage for a family of 5. When extra space is needed, the second-row seats can be folded flat into the floor and this way, they can carry large luggage. The only issue with the 2012 RAV4 cargo space is the side-hinged tailgate that is not ideal for loading luggage in tight spaces. 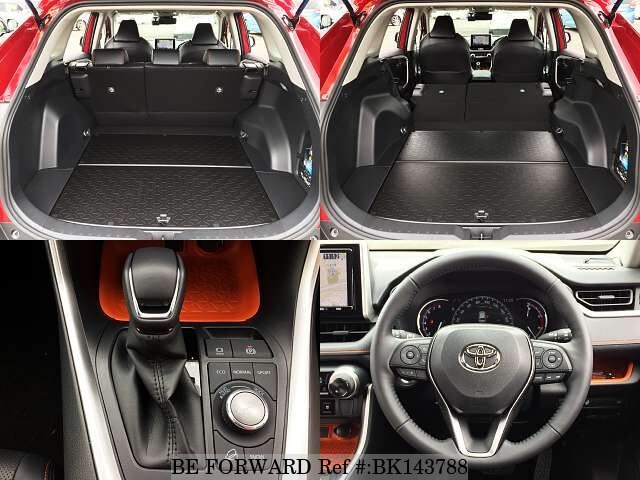 The 2018 Toyota RAV4 has an elegant exterior that is inviting and appealing. The RAV4 is adaptable with smooth curves and edges that underline its elegance. The 2018 Toyota RAV4’s features include a rearview camera, Toyota’s Entune infotainment system with a 6.1- or 7.0-inch touchscreen, Bluetooth connectivity, a sunroof, a programmable power tailgate, a 120V power outlet in the cargo area, and 60/40 split-folding rear seats with a folded seat option. The crossover SUV offers 73 cubic feet of cargo space, all-weather floor mats, a 4.2-inch multi-information display in between the gauges, leatherette upholstery, a 360-degree view camera system, a special interior trim panels, and a leather-wrapped shift knob. 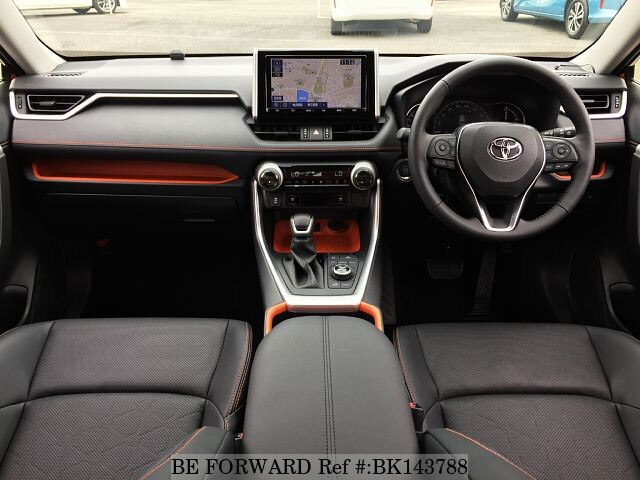 At the front, the RAV4 features large contoured headlights that blend well with its grille, with a body-colored bumper below them fitted with fog lights that are placed on its edges and quite further back for their look and safety. At the back, the taillights have blended well with the back end. The side mirrors have the same color as the body which offers them a nice flow with the body lines. 17” alloy wheels are standard on the RAV4. 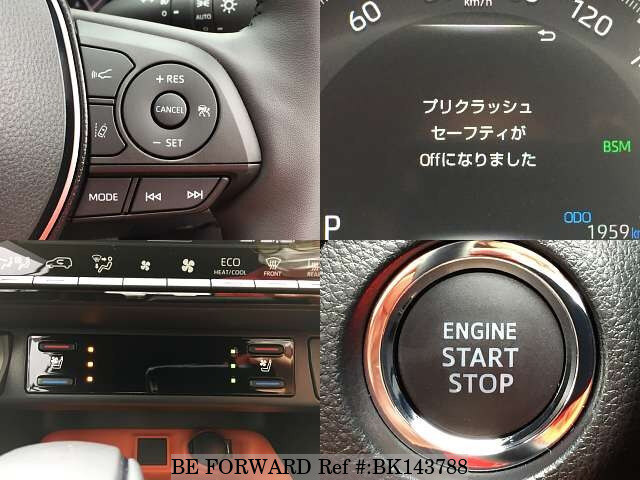 The Toyota RAV4 starting from the 2017 model year comes standard with Toyota Safety Sense-P, a suite of driver assistance and active safety features that include automatic emergency braking (AEB); pedestrian detection which helps to detect pedestrians in front of the vehicle and warns the driver of their presence. Forward collision warning systems ((FCW) provide audible and visual alerts to warn a driver of an impending collision with a car directly in its forward path. 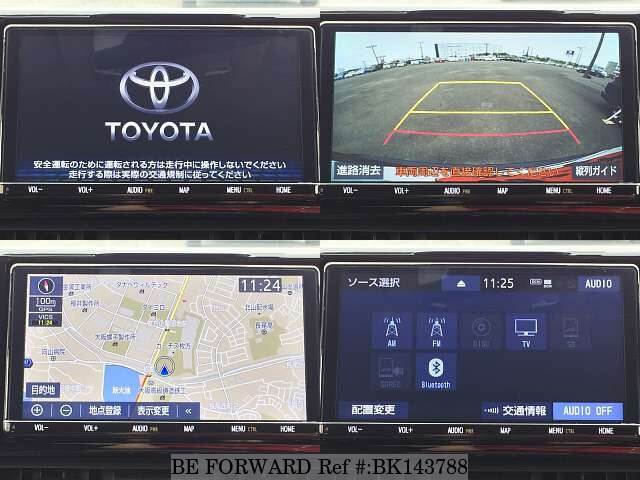 If you are looking for a vehicle that is economy and family-friendly then the Toyota RAV4 is the go-to vehicle. The all-wheel crossover SUV offers a comforting adventure experience while keeping you safe and entertained with all its new and advanced technology features. Don’t miss the chance to experience this outstanding vehicle by visiting BE FORWARD for an easy purchase. 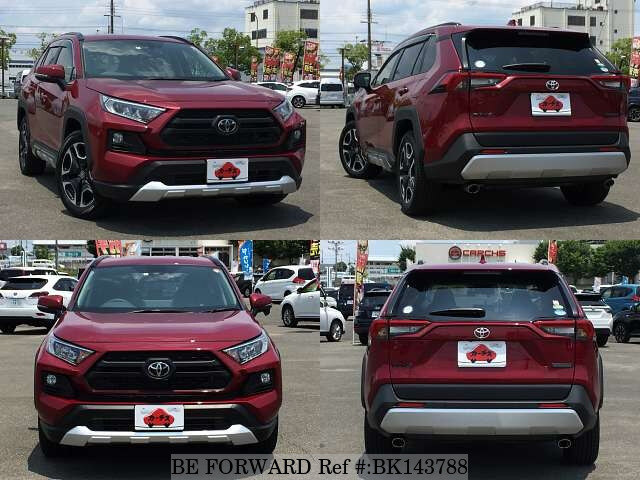