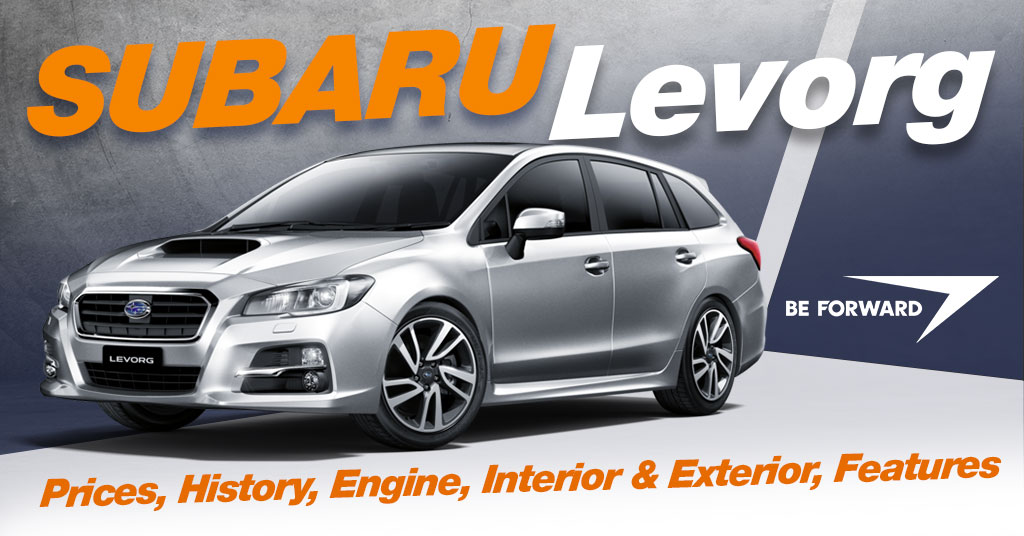 In mid-2014 Subaru introduced a new Subaru model known as Subaru Levorg (LEgacy, reVOlution, and touRinG) that was built on the same platform as the Legacy. The Subaru Levorg is a 5-door 5-passenger hatchback sports tourer. The Levorg has been produced for 2 generations now, first-generation from 2014 – 2020 and the second generation from 2020 to the present.

At the 43rd Tokyo Motor Show in November 2013 the Levorg was first shown as a pre-production concept car. In May the car went on sale after Subaru began collecting orders on the Japanese market On 4 January 2014. Subaru announced the introduction of the Levorg on the European market in February 2015 and in March of the same year the car made its launching on the continent at the Geneva Motor Show.

Subaru launched the Subaru Levorg V-Sport 2020 model on 20 November 2019. It features a leather-wrapped steering wheel with silver stitching, front sports seats with fabric upholstery, as well as chrome trim, and piano black. As with the model it is based on, it comes fitted with ventilated disc brakes, 225/45 R18 tires, and sports Bilstein dampers. With the addition of extra space, ground-breaking performance, and style, the Levorg transforms into a truly advanced wagon.

The Levorg has a well-designed dash that comes fitted with a standard 5.9-inch touchscreen infotainment system with Android Auto and Apple CarPlay at the center. The system has a user-friendly interface with control buttons on each side that are easy to use and responsive.

The Levorg is so spacious, it has a 522-liter boot with a wide opening door that makes it easy to load and offload luggage, and luggage hooks useful for tying down luggage when necessary.

The dash features a control panel with a 5.9-inch LCD multifunction display, an instrument cluster with electro-luminescent gauges and a 3.5-inch color LCD display, and a telescopic steering wheel with control buttons. Other features include a heated rear window with a timer, rear reclining and split-folding seats, an 8-way power-adjustable driver seat, dual-zone automatic air conditioning system with an anti-dust filter, front center console cup holder, and door pockets with bottle holders.

To our eyes, Levorg’s classic estate-car lines work well due to their exterior design being subjective. The latest Levorg comes fitted with LED lights, signal lights, and fog lights on the front bumper, it also features updated rear and front LED lights, and a revised grille.

On October 23, 2019, at the Tokyo Motor Show, a new Levorg was unveiled as a prototype. The 2nd generation model switched to the Subaru Global Platform, with a new advanced engine of a 1.8L CB18. In Japan, the second generation Levorg was released on August 21, 2020

The Levorg is 1.78m wide, 1.49m tall and 4.69m long. The Levorg is 20cm nearly shorter than a Ford Mondeo Estate, making it narrower and slightly longer than a BMW 3 Series.

The Levorg features some latest active and passive safety technologies such as ABS with Electronic Brake Force Distribution (EBFD), blind-spot detection, rear vehicle alert, Eyesight driver assist that features Adaptive Cruise Control and Pre-Collision Braking, and by design, in case of a head-on collision, the boxer engine will slide beneath the car stopping the engine from entering the passenger compartment eventually protecting occupants legs.

The displacement of the CB18 was chosen to balance an increase in maximum torque to 300 Nm with improved fuel efficiency from adopting lean-burn technology according to Subaru Levorg engine designer Tsuneaki Numamiyauchi. Fuel efficiency improved from 16.0 to 16.6 Km/L compared to the previous generation’s FB16 engine. Allowing for a larger crash zone for safety the overall length of the engine was shortened by 44 mm.

The Subaru Levorg is an excellent wagon and sports car that is best suited for all generations and people who are passionate about sports and Rally. But Levorg Sports has been advanced to be a true sports car and it’s also reliable with very minimal issues if maintained well. Compared to its competitors, it’s a better-looking car to buy particularly because of the roomy interior, symmetrical AWD, and technology used. The Levorg prices are reflective of average BE FORWARD prices as of October 2021 starting from USD 5,770.