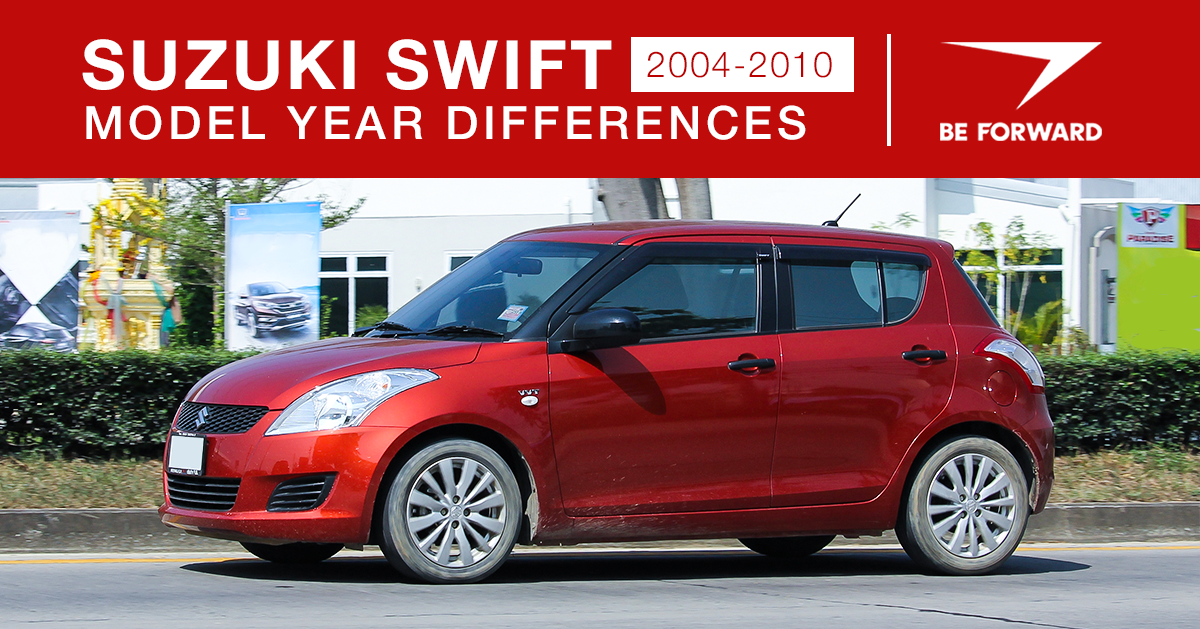 The Suzuki Swift has won numerous awards including the 2006 Annual RJC Car of the Year and, perhaps more interestingly, The Most Fun Car to Drive in Japan. This comes as no surprise since the Swift features exceptional handling and performance. Of course, it also achieves excellent fuel economy and has a low cost of ownership. The Swift is a super-mini for those who love to drive.

The Swift comes equipped with some attractive features both inside and out, and can offer great fuel economy for drivers looking to save as much money as possible.

So, just how much has the Suzuki Swift changed over the years? Let’s take a look between 2004 and 2010 to see how this dependable vehicle has improved. 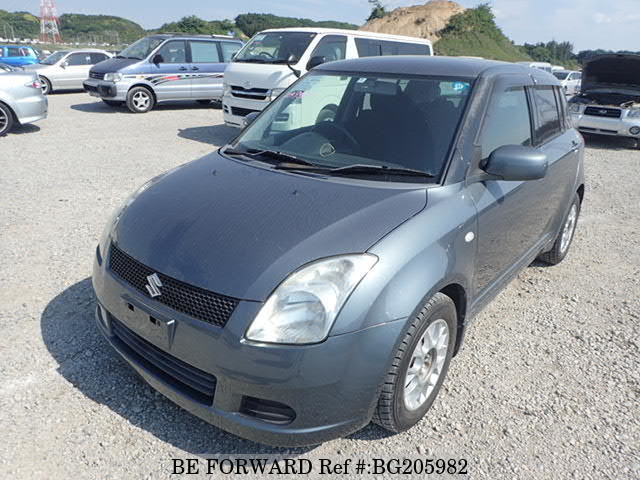 The 2004 Suzuki Swift comes in a compact, sporty and elegant design. It sports an inline-four engine in either a 1.3L displacement that delivers 91 horsepower, or a 1.5L displacement that offers 110 horsepower. You can choose between 5-speed manual or 4-speed automatic transmission, as well as front-wheel drive or a 4WD drivetrain. The 2004 Suzuki Swift can deliver fuel economy ranging between an impressive 15km/L and 18.8km/L.

The ’04 Swift is great when it comes to safety and security, as it comes with dual airbags, 4-wheel anti-lock brakes with an electronically-controlled braking force distribution system.

In terms of features, the 2004 Swift comes with front bucket seats, cloth interior, along with standard features like air conditioning, AM/FM stereo with CD player and 4 speakers. This is definitely a solid option, but it only gets better. 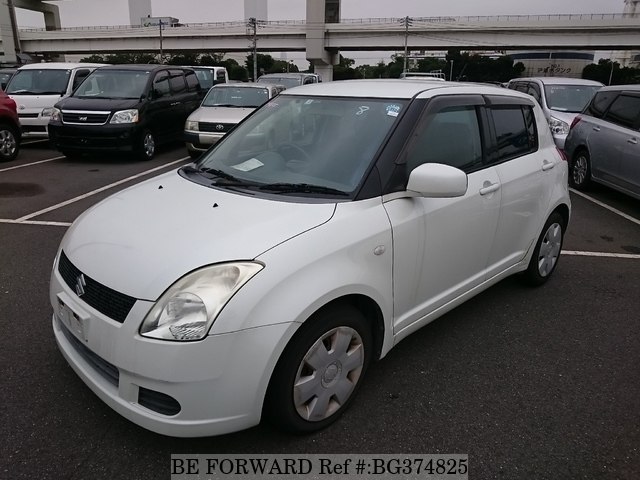 When it comes to the 2005 Suzuki Swift’s features, you can expect a great equipment package that includes a radio system with CD and DVD playback, along with power steering, windows and central locking. Safety features include anti-lock brakes and airbags. Some models on sale at BE FORWARD may include a spare tire and jack. 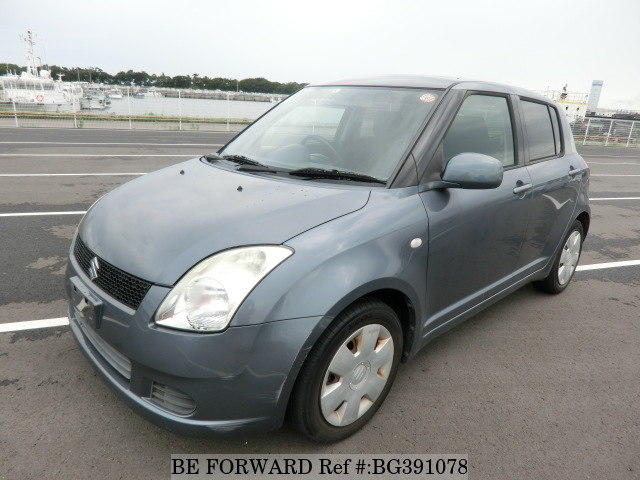 The 2006 Suzuki Swift really established the model’s presence as a car to take notice of, thanks to winning the 2006 Annual RJC Car of the Year Award, as well as the 2005-2006 Japan Car of the Year Special Award for Most Fun. It also offers the three engine displacements previously available, with some special grades including leather-wrapped steering wheel and 15-inch aluminum wheels. The 2006 Suzuki Swift can deliver fuel economy ranging between an impressive 15km/L and 18.8km/L.

Key features of the ’06 Suzuki Swift may include keyless entry, fog lights, alloy wheels, and a rear spoiler. For the inside, you can expect power windows, central locking, as well as power mirrors to go with the air conditioning and radio/CD system. Some of our available stock comes with wheel spanner and jack. 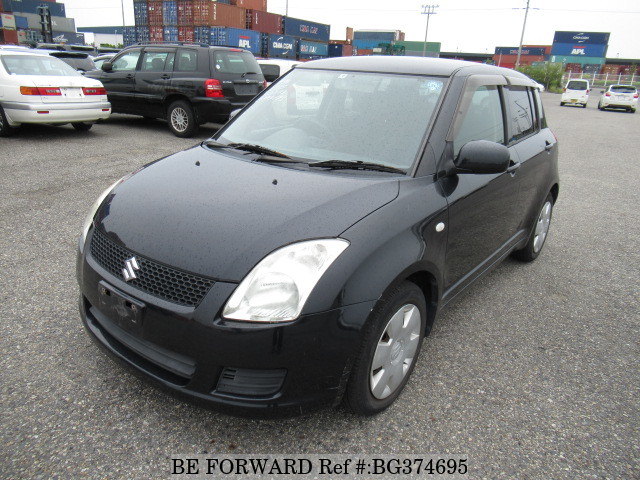 The 2007 Suzuki Swift comes in with an improvement to its already impressive fuel economy, along with new engine displacements and enhanced transmission. Engine choices range between 1.2L (90 horsepower) 1.3L (91 horsepower) and 1.5L (110 horsepower). Able to seat up to 5 passengers, the ’07 Swift is offered in a 4-speed automatic or 5-speed manual transmission with a front-wheel or 4-wheel drivetrain.

Some 2007 Suzuki Swift models come with great comfort and convenience features that may include steering wheel-mounted controls, CD player and radio system, along with power windows and power mirrors. Safety features include ABS and airbags, with a spare tire and jack also being available with some stock models. 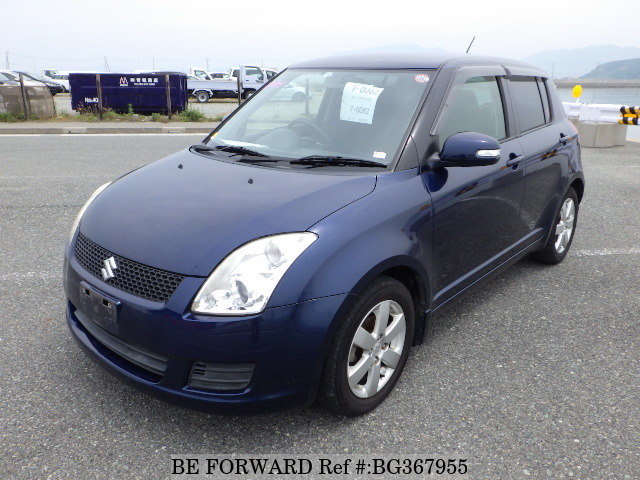 The 2008 Suzuki Swift goes full speed ahead, continuing the compact vehicle’s legacy of power, performance, comfort and convenience. The ’08 Suzuki Swift has 3 engine displacement options, all of which are inline-four DOHC engines. Choose between 1.2L, 1.3L and 1.5L, with an output of 90, 91 and 110 horsepower, respectively. Fuel consumption rates of the 2008 Swift range from 16km/L to 20.5km/L. Available drivetrain options are full-time 4WD.

If you need a compact hatchback full of features, the 2008 Suzuki Swift is that car. Some key features may include a radio system with CD-playback, power windows, central locking, air conditioning and power steering. Safety features can include anti-lock brakes and dual front airbags. These features depend on the variation or grade of the Swift that you choose. 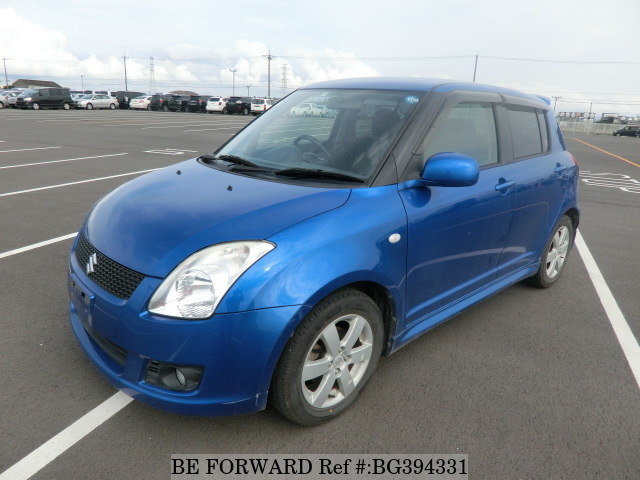 The 2009 Suzuki Swift somehow pushes even further forward, especially when it comes to fuel efficiency. Enhancements to the CVT transmission contribute to this efficiency, which ranges between 13.6km/L and 21km/L. Attractive grade packages include changes to the seat skins, as well as larger aluminum wheel sizes. Choose between a 4-speed or 5-speed transmission.

There are plenty of great features that you can expect from the 2009 Swift, which may include power windows, central locking and electronically adjustable mirrors. Other great features, depending on the trim you choose, can also include a central display, keyless entry and air conditioning. 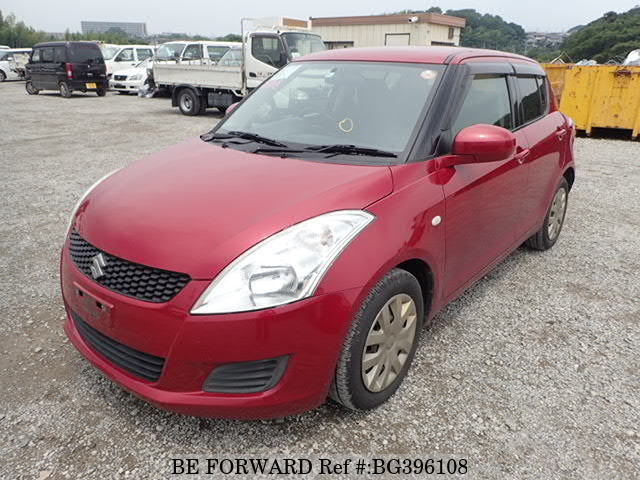 Finally, the 2010 Suzuki Swift increases the vehicle’s fuel efficiency even further, and employs a new platform that reduces the vehicle’s weight. It also incorporates a new 1.2L inline-four engine, leading to an astounding fuel consumption rate that reaches between 20km/L and 23km/L, so you can look forward to saving money with less trips to the fuel pump.

In terms of features, some 2010 Swift models come with a high-quality sound system with radio and CD playback, and even USB connectivity. Other great features include air conditioning, push-start ignition, keyless entry, along with powered equipment like windows, locks and steering.

Should You Get a Suzuki Swift?

If you want to know if the Suzuki Swift is your best option, see how it fares against the competition in our comparisons and lists below.