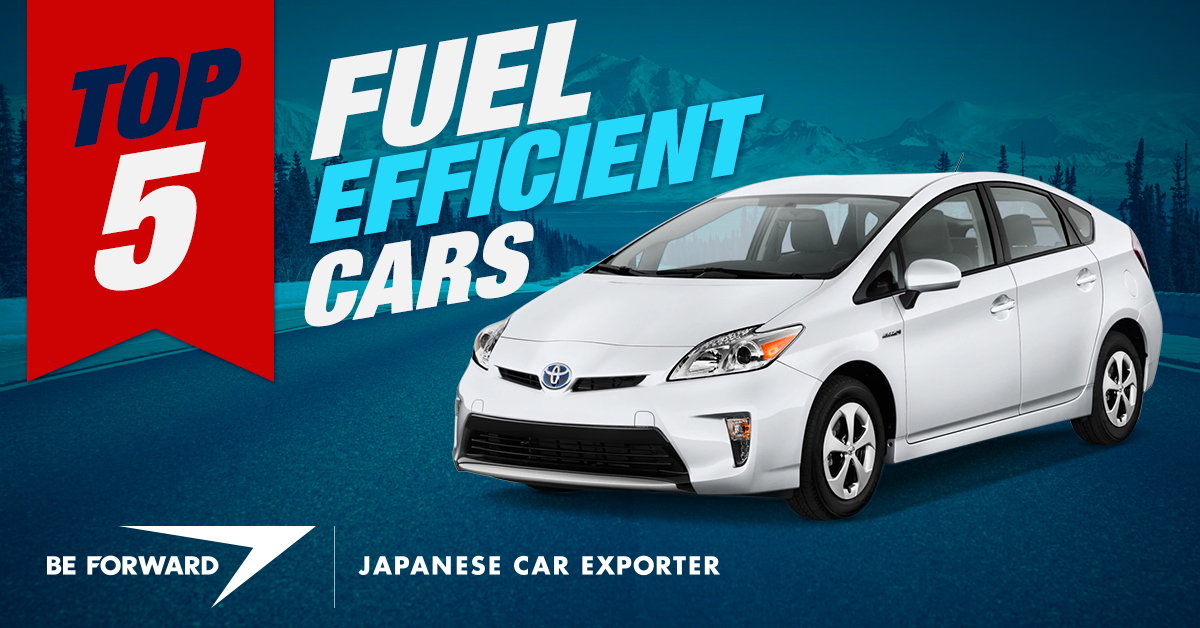 Fuel consumption, the availability of spare parts, and residual value are some of the main concerns for most people that buy used cars. Among all these, however, fuel economy takes the top position as it is a daily recurring expense that car owners have to live with.  Here, we take a look at 5 vehicles with incredible fuel economy that will lighten the load on your wallet. 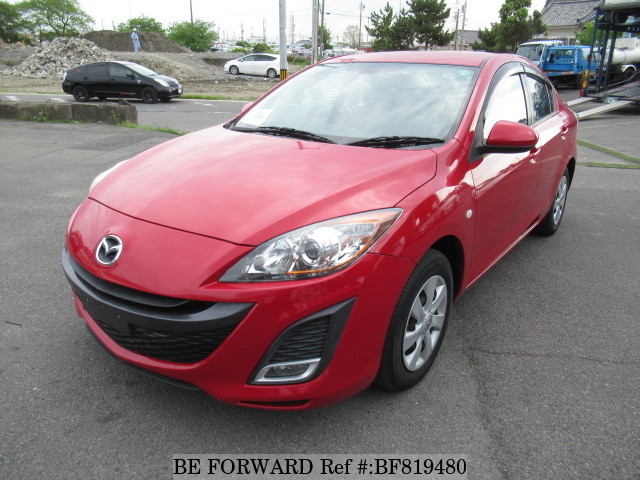 With a 1.6-liter, 4-cylinder petrol engine and multipoint fuel injection system, the Mazda Axela is able to give you a comfortable 14.08 km/l or even more if you drive with a light foot.

The Mazda Axela, also known as the Mazda3, is one of the most stylish compact 4-door, 4-seater sedans on the market today. This car does not look, feel or even drive like an economy car, but instead handles more like a premium vehicle. Many secondhand car buyers are always surprised at its price and fuel statistics because they are usually lower than their expectations.

Now in its third generation, the first-generation Mazda Axela went to market in 2004, the second in 2009, and the third generation has been in production since 2013 to present. The current Axela is naturally a much-improved version of the very first generation, but all Axela models offer a smooth drive and impressive specs. 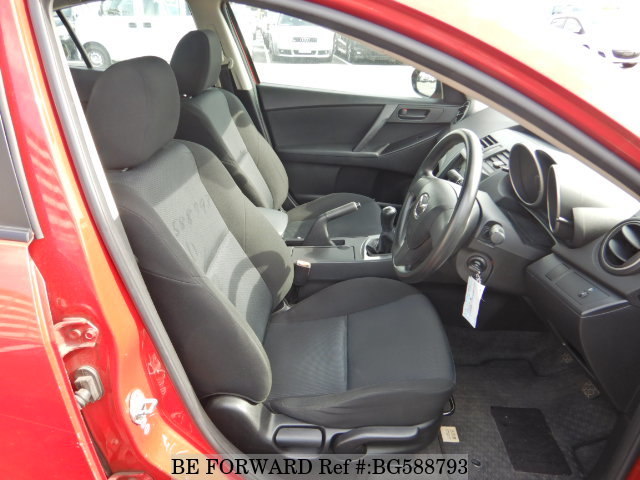 Above: The interior of a used 2010 Mazda Axela

In the interior, the Mazda Axela has been made to sit four adults. The front seats can be adjusted to suit people of different heights, and the driver seat is adjustable horizontally, recline and even height adjustable to give the driver the best position with the best view forward. These are performance seats, which have been designed to cradle you in total comfort.

The windows have demisters and are all power controlled, as are the mirrors. The dashboard is easily accessible, complemented by a power steering column, and the transmission comes in your choice of manual or automatic. 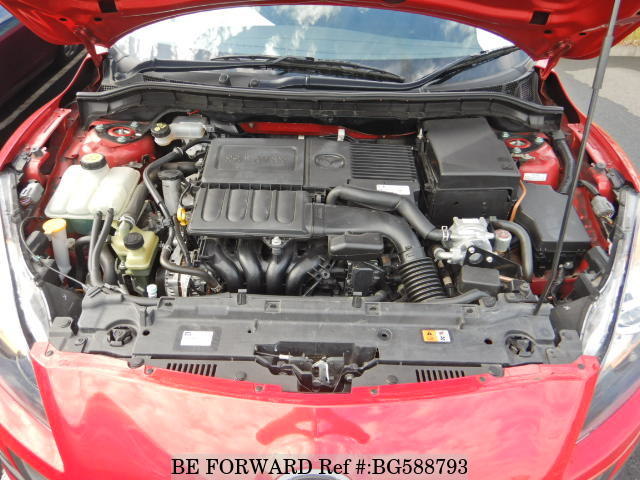 Above: Engine of a used 2010 Mazda Axela

The Axela can achieve 84-260 hp on a 1.3-2.5L displacement diesel engine. It offers both automatic and manual transmissions with FWD/AWD and a 50-60L tank capacity. 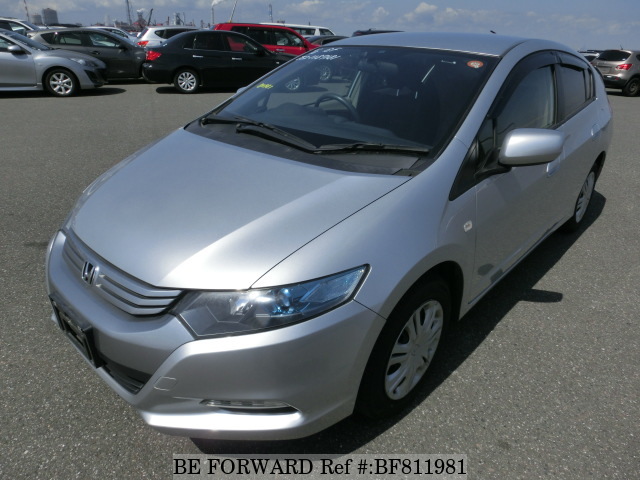 This car can deliver an incredible 17.5 km/l, in addition to the ability to drive close to 2km on electric power alone.

The Honda Insight was Honda’s answer to the Toyota Prius, and it has proved to be unbeatable thanks to the combination of excellent Honda workmanship and engineering with one of the best engines in the world. 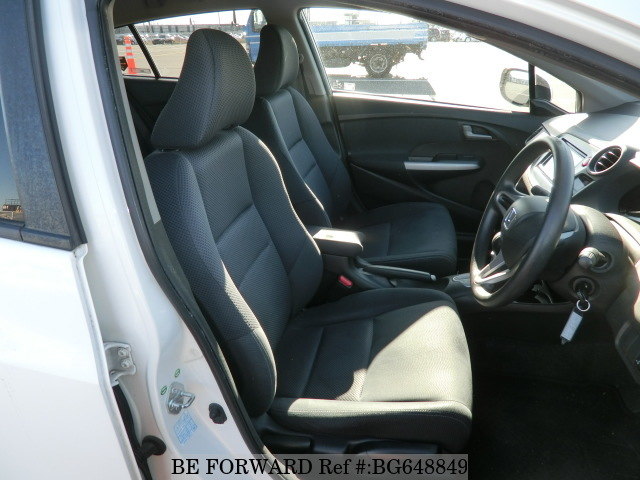 Above: Interior of a used 2011 Honda Insight

This 4-door sedan doesn’t lack in interior or exterior features. The Honda Insight has air bags, powerful air conditioning, a built-in GPS for some models, a surround-sound stereo system, and power steering wheel and windows. Its exterior is streamlined and modern, with a rear that looks slightly lifted. 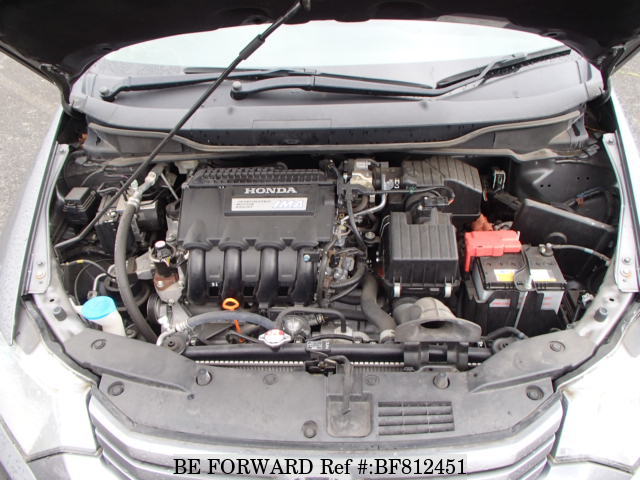 Above: Engine of a used 2010 Honda Insight

Under the bonnet, the Honda Insight packs a 1.3 Hybrid CVT engine that can give out up to 98 HP. The fuel system is multipoint injection, and the fuel is gasoline. Coming with an automatic transmission and front wheel drive this hybrid electric vehicle drives just as well, if not better than, any other regular petrol car. 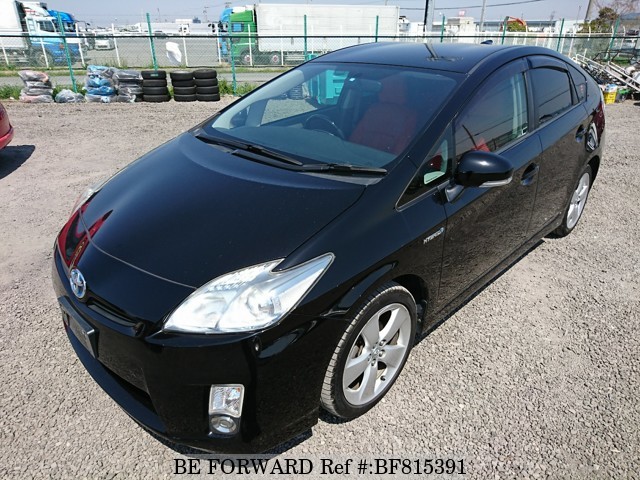 This pioneer of the hybrid electric vehicle market remains unbeaten among its competitors, giving roughly close to 21.28 km/l.

The Toyota Prius was the maker’s first foray into hybrid electric vehicles, and it has done incredibly well for itself. The first-generation Prius was in production from 1997 to 2003, the second generation 2003 to 2009, third generation 2009 to 2015, and fourth generation 2015 to present. 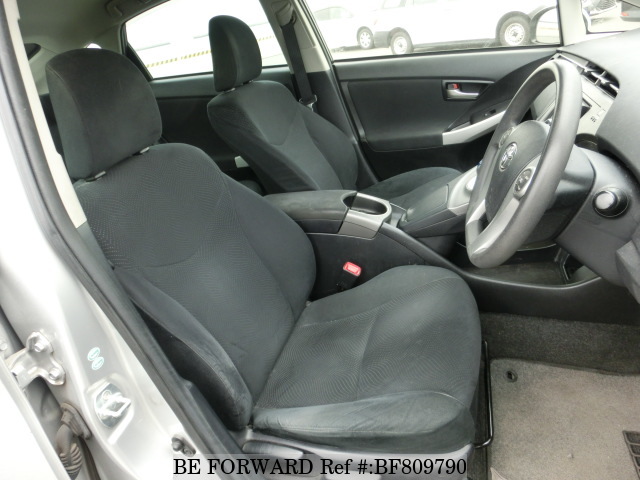 On the inside, the Prius feels and looks like most Toyota sedans. Good space for the front and rear passengers, adjustable front seats, a lot of interior storage, and a well-aligned dashboard for the driver can be found within its interior. The seats are cloth trim, there are airbags, an AM/FM stereo, and for models produced from 2010 you can also expect keyless entry and a built-in LCD monitor.

On the exterior, similar to the Honda Insight, you will find a unique stiff body shell that helps to reduce engine vibrations as well as sturdy 15-inch tires. 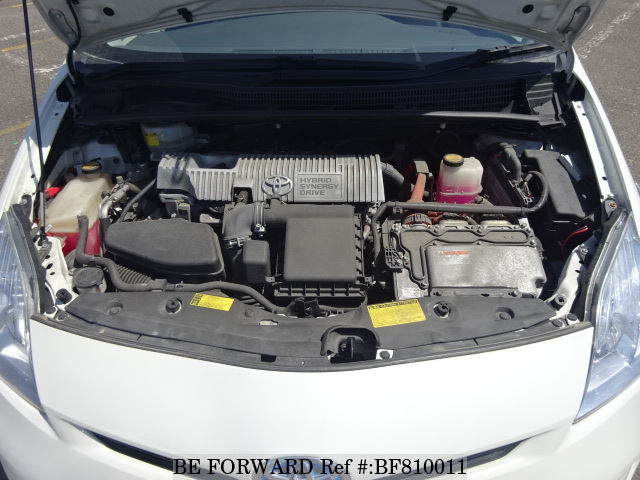 Above: Engine of a used 2011 Toyota Prius

Under the bonnet, you will find a 1.8-liter, 4-cylinder hybrid engine that can give you up to 98HP. This petrol engine is then combined with two more electric engines, with one of the electric motors for propulsion alone and one for the other electrical needs of the vehicle. 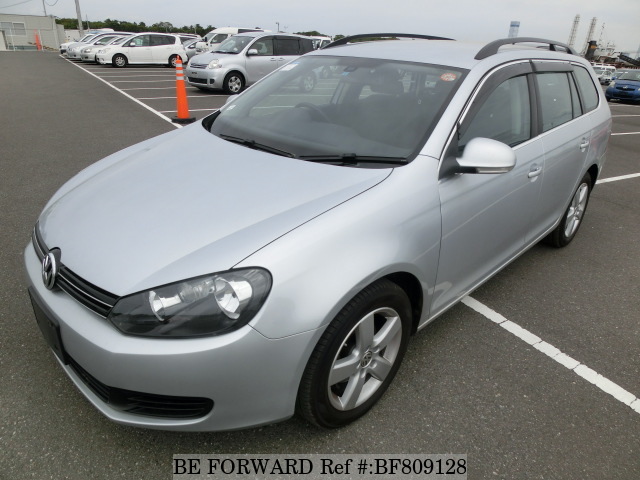 The fuel consumption of the global favorite Volkswagen Golf comes in at around 10km/l.

The first generation of the well-known Volkswagen Golf was produced in 1974. Now in its seventh generation (2012 to present), the car has undergone tremendous improvements. However, the exterior has more or less remained almost the same over the years. 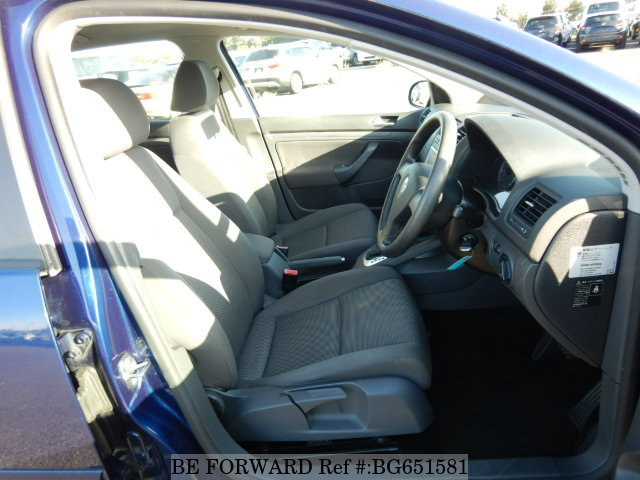 Above: Interior of a 2006 used Volkswagen Golf

This is a four-door (exclusive of the lift-back), five-seater hatchback. The car accelerates fast and offers a quiet ride, has more space for all five occupants in comparison to many other cars of its size, and above all it offers good fuel economy.

The interior of the Golf offers you a number of added safety features like side airbags, front airbags, side curtains, and rear airbags. It also comes with a single disc CD player as well as a tiltable and telescopic steering wheel and comfortable front bucket seats. Additionally, the driver seat offers good lumbar support.

The exterior is equally feature-rich and includes things such as electrically retractable and heated mirrors, as well as good ground clearance and a timeless design. 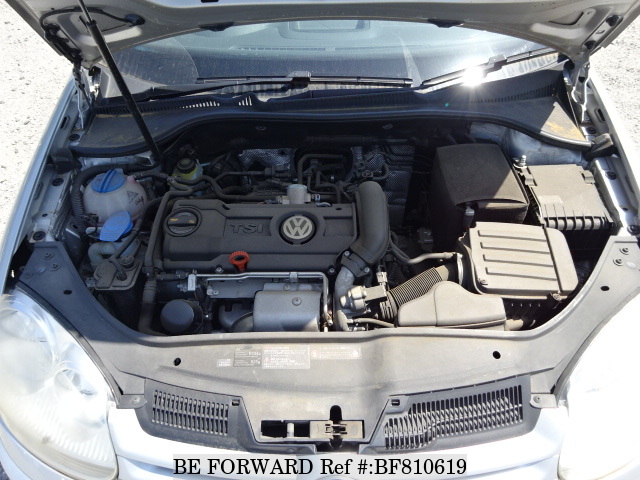 Above: Engine of a used 2011 Volkswagen Golf

Under the bonnet is a powerful 2.5 liter, 5-cylinder engine with an output of up to 170HP. With such an engine, many people wonder how this car can be so fuel-efficient. It is available in a 6-speed manual or automatic gearbox, and front wheel drive. 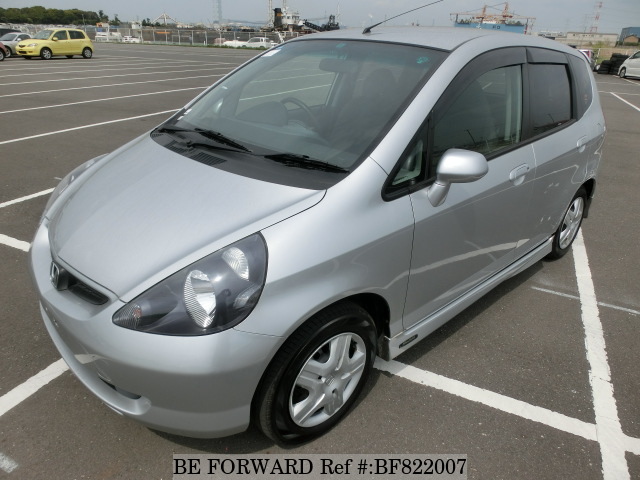 While its fuel consumption may be slightly higher than other vehicles on this list, the Honda Fit offers a competitive combined city and highway total of around 5.56 km/l.

The first Honda Fit was released in 2001 and was replaced by the second generation in 2008. Today, the current generation Fit has been in production since 2014. Most people love this car for its huge boot space and incredible mileage per liter of petrol, as well as for its good looks, stability, and driveability. 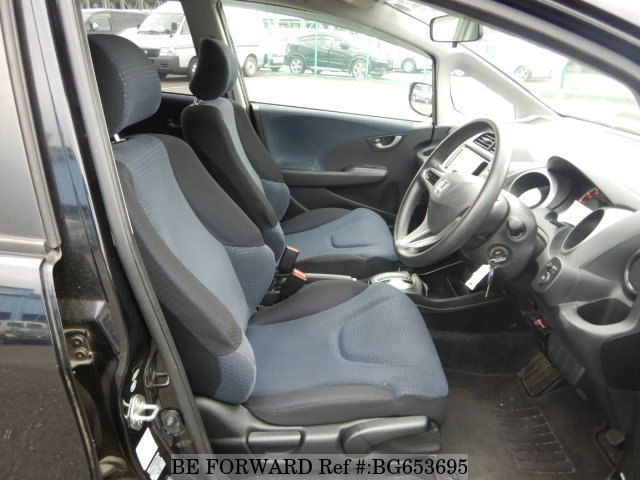 Above: Interior of a used 2007 used Honda Fit

The Fit is a 5-seater, four door hatchback. It is offered with 15-inch steel wheels, electrically retractable mirrors, and a slightly boxy look that makes it look more like a small mini-van than a hatchback, with more space than most of its peers.

In the interior, you will find features like easily adjustable driver and passenger seats and a gear shift lever that is located closer to the dashboard, leaving you with more leg space. It comes in 5-speed automatic, but it is also possible to find one with 5-speed manual transmission. 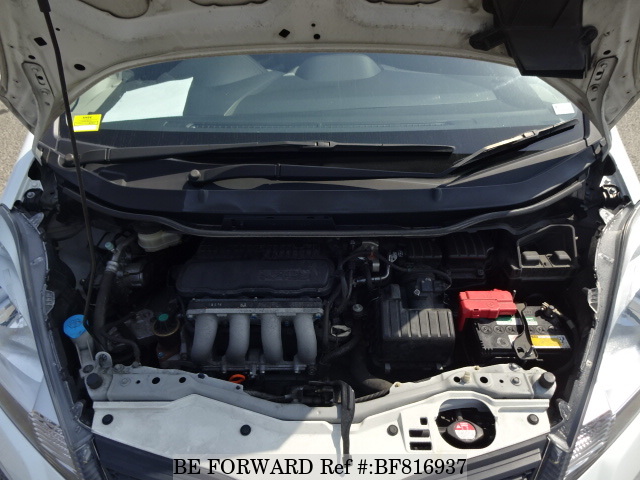 Under the bonnet, you have a 1.5 liter 4 cylinder engine that generates an impressive 117 horsepower. The car is front wheel drive and the fuel is petrol.

Find More Cars with Incredible Fuel Economy with BE FORWARD

Looking for even more quality used cars? Click the button below to  browse BE FORWARD’s constantly updated range of Japanese, European, and American used cars.