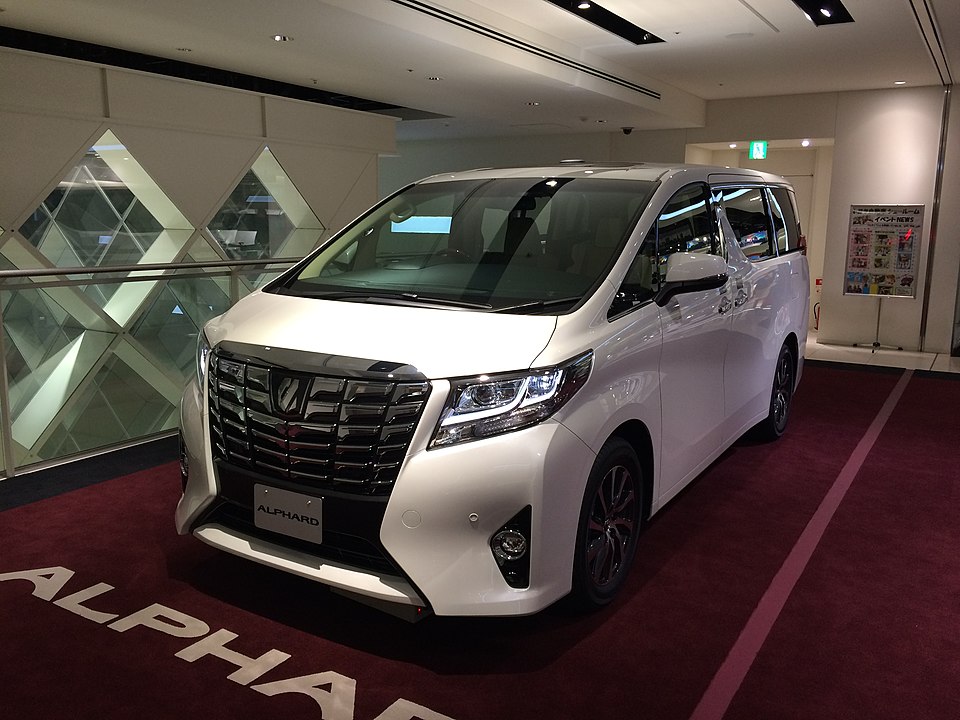 Toyota Alphard is marketed as a Family Car and luxury car and is primarily made for the Japanese market and later on started to sell in the Asian Market and other parts of the world.

In Tanzania, Alphard is one of the minivans which is doing better in the market until today due to its design, fuel consumption and comfortability, aligned with its price being affordable.

Toyota Alphard has so much flexibility with seating arrangements: 3 rows and a boot space big enough to put a chest freezer.  The middle row of seats has two points and can rotate to face the rear of the car.

Some variants have Steering Wheel buttons for several uses like to increase and decrease volume, Switch on/off HID lights and alike.

Toyota Alphard provides comfort due to its spacious interior that can seat 8 adults, with power sliding rear doors, dual-zone climate control, with separate controls for the rear-seat passengers. Electronic curtains are available in some models only, adjustable armrests, and front and rear AV screens with headphone sockets.

In spite of having a long body and high ground clearance, it is okay when it comes to cornering performance. Once you are behind the wheel, Toyota Alphard does not feel as big as it looks from outside. The 2.4L engine has plenty of power and is quiet, smooth, and feel effortless and can pick up speed quickly and without any fuss when required.

Looking For a Family Car?

Toyota Alphard is the best car for family use because it is an eight-seater and have a wider room for people to relax and feel comfortable throughout the journey. Having a wider space provides passengers an enjoyable journey without feeling tired.

ALL toyota alphard for sale