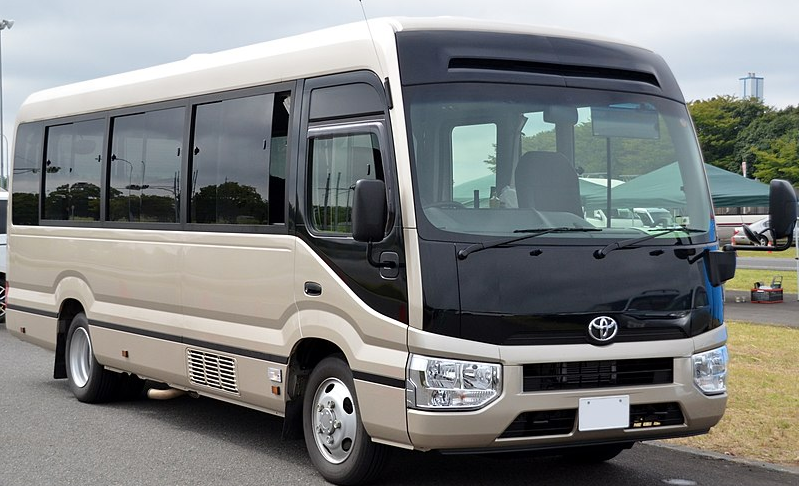 The Toyota Coaster is a minibus and commercial vehicle that is manufactured by Toyota Motor Corporation and sold in different markets around the world. It is a multi-use vehicle that is highly configurable for diverse applications such as executive transport and public transport. In Tanzania, it’s widely used as a public transport vehicle popularly known as the Daladala and other roles such as private driving like wedding and tour operations. 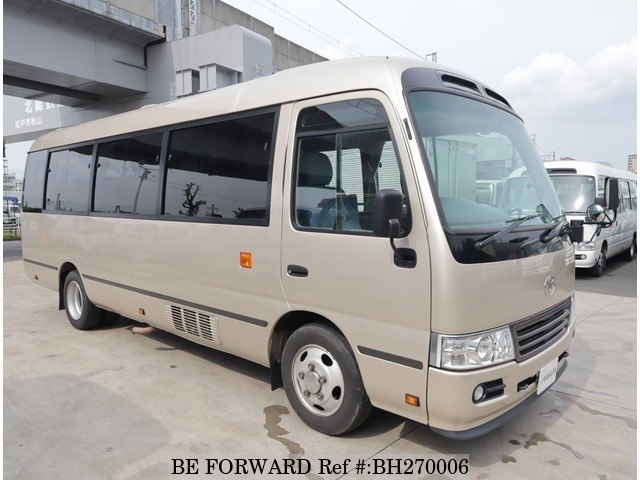 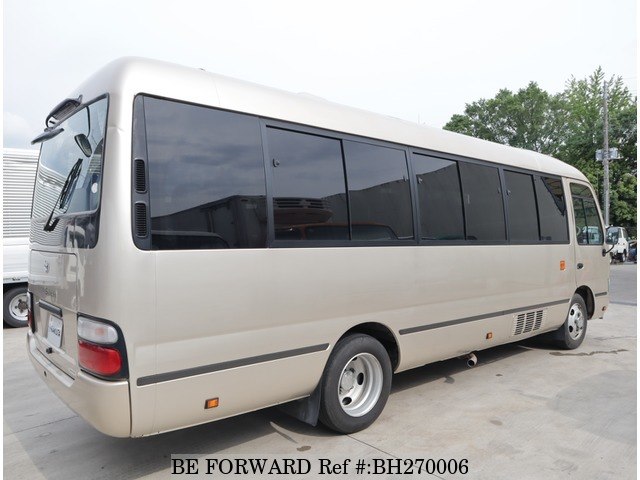 The Toyota Coaster interior is roomy and attractive. Features like airbags, AC, power steering, and automatic doors add to its expediency and make every ride a comfortable one. One of the most notable specifications of the Toyota Coaster is that it can carry up to 29 people seated. 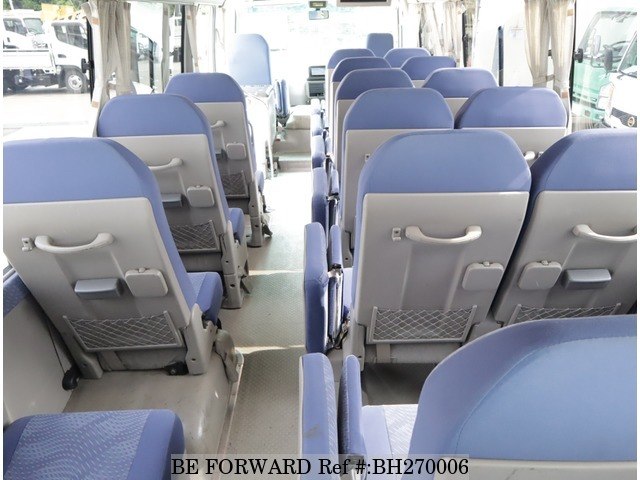 The interior of the Toyota Coaster is made for the comfort of both the driver and the passenger. Having pocket storage on the back of every seat, a lot of headspaces, a 3-point seat belt for every passenger, Vinyl seats, and even an AC making the ride very comfortable. It also comes with four speakers, an AM/FM radio, and in the recent models, there are CD and MP3 outlets. In the exterior, the windshield was widened for increased outward visibility, exemplary body trims, good ground clearance, a hydraulic door and a medium step for the passengers are some of the best features. Spacious windows guarantee your passengers will enjoy the outside views. 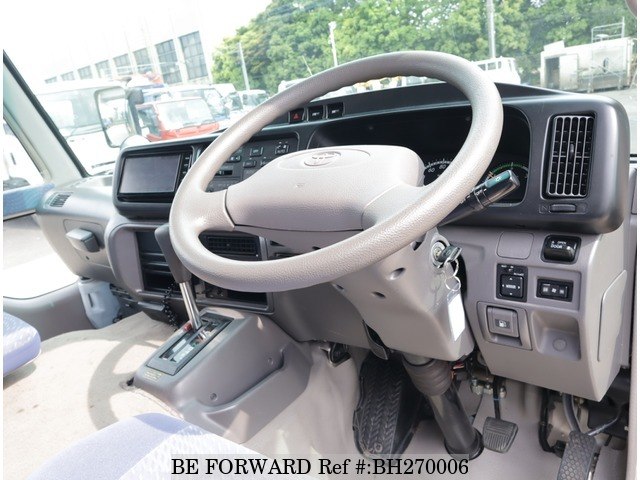 The Toyota Coaster features a 95-liter fuel tank, 4-cylinder diesel injection engine, and some variants have a 6- cylinder turbo diesel engine, a lot of power, and an average fuel economy of 7.7km/l that shows you the vehicle are primed and ready for all kinds of private and public transport businesses. Also available in both automatic and manual transmission with non-turbo and turbo-engine.

Toyota Coaster bus costs from $8,671 depending on several factors such as the engine, year of manufacture, trim level, and the condition of the car. Older models cost less than recent models, while recent models cost more. On average, the price can be anywhere between $8,000 and $62,994 depending on the generation and model year.

Spare Parts Availability & Where to buy

Toyota Coaster is so common and popular in the Tanzania car market but as it’s common with Toyota, service parts are very realistically priced and commonly available in Tanzania. Body parts are as reasonable as the car is so popular in this market. Parts for the Coaster such as the engines and transmission are very expensive but easily available in Tanzania. You can get the spare parts and other body parts through BE FORWARD by visiting the BE FORWARD Auto Parts store.