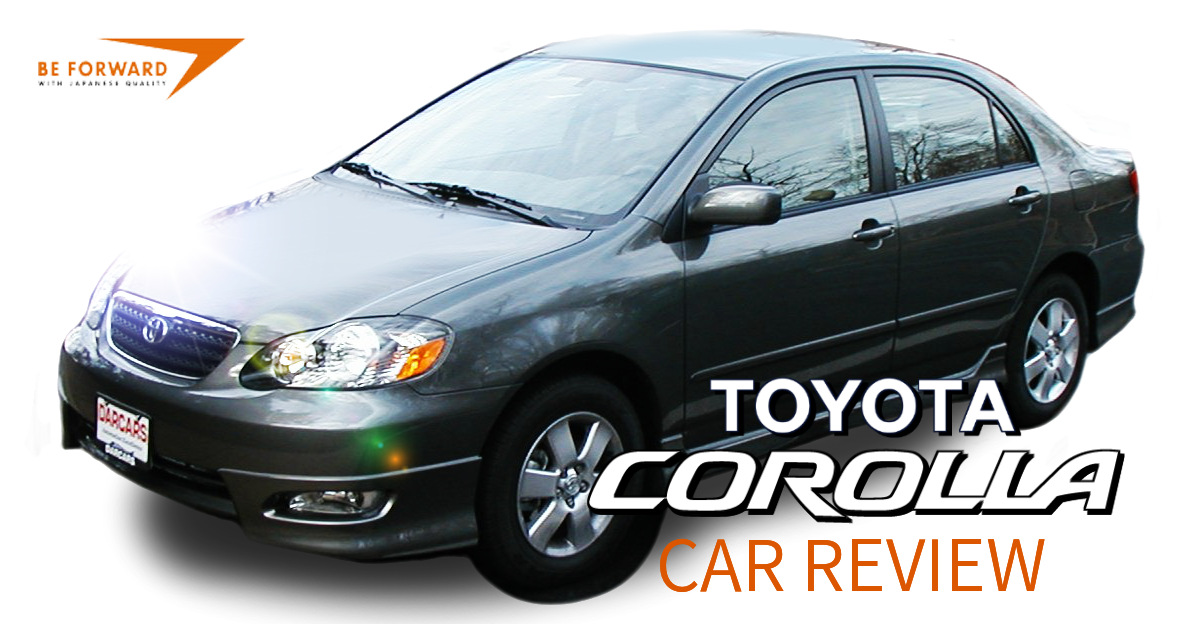 More than 40 million Toyota Corolla cars have been sold since its debut in 1966, selling just over one million in 2012 alone. The Toyota Corolla maintained its lead for about 15 years, surpassed in 2013 by the Ford Focus, by less than 100,000 vehicles (depending on who you ask, Toyota and Ford still don’t agree which car sold more in 2013). Here, we take a closer look at the history of the Corolla and its variants to uncover just what makes the Corolla great.

The History of the Toyota Corolla 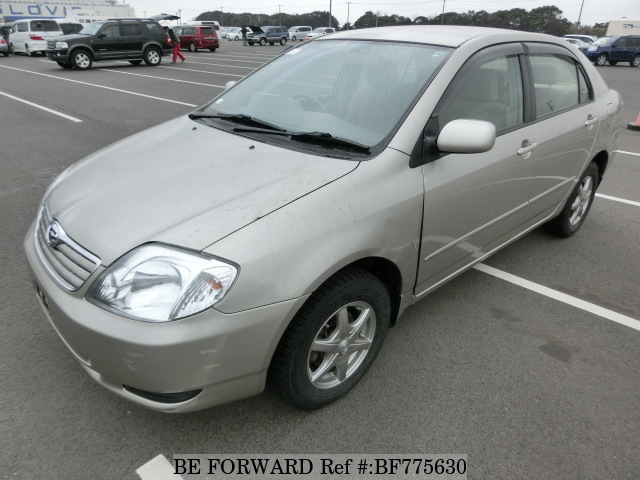 The last decade of Toyota Corolla has been good for increased engine power even at the same time as delivering better fuel economy. The ninth-generation Corolla, in 2000, saw the start of getting away from the bubble-profiled cars of the 1990s. The edgier design made for a more attractive vehicle, and lengthening the wheelbase helped to increase interior space.

The ninth-generation Toyota Corolla, produced in Japan, was available with a choice of 1.5ℓ or 1.8ℓ gasoline engines, as well as a 2.2ℓ diesel. The Corolla sedan, Fielder (station wagon), and Allex and RunX (hatchbacks), were available with both manual and automatic transmissions, some with AWD (all-wheel drive), as well. 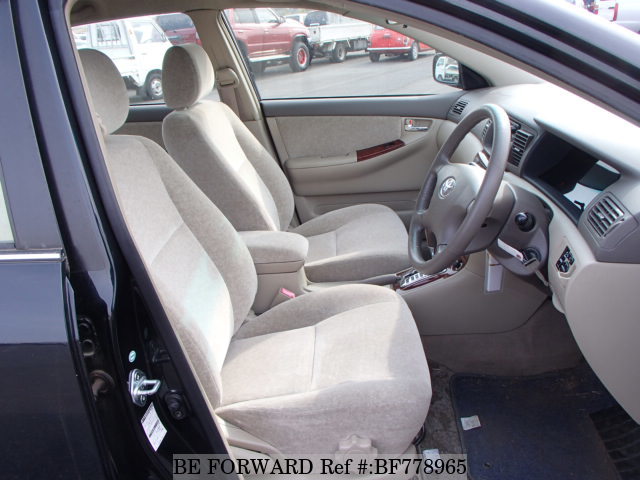 Above: Front interior of a used 2001 Toyota Corolla

The tenth-generation Toyota Corolla sedan, starting in 2006, also took on the name Axio, and the RunX hatchback as replaced by the Auris. The 1.5ℓ and 1.8ℓ gasoline-powered engines were paired with either five-speed manual or “seven-speed” CVT (constant-velocity transmission), depending on trim level. Perhaps the biggest difference in the newest Corolla is cosmetic.

The eleventh-generation Toyota Corolla, since 2012, added only one powertrain option to the previously available ones, a new 1.3ℓ engine, paired with a CVT, for better fuel economy.

Benefits of a Toyota Corolla 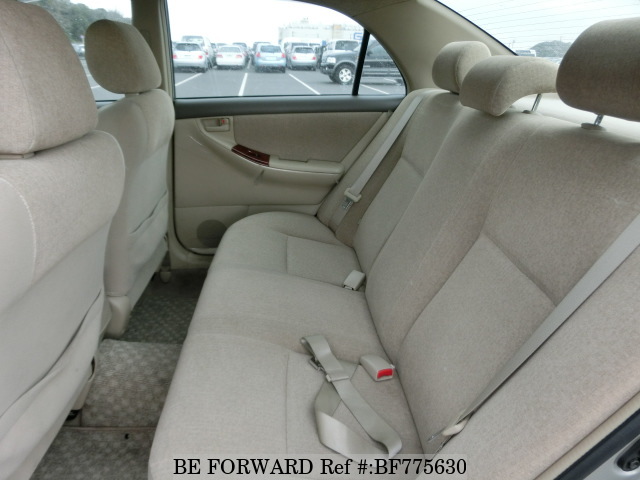 Above: Back interior of a used 2003 Toyota Corolla

It’s comfortable for four or five passengers, comes with a range of engine and transmission options, as well as the important safety options that people need. Toyota Corolla also comes with a few comfort and convenience features, but not all the bells and whistles of a luxury car. Why should you buy a Corolla, and what makes the Corolla so popular, even as a used car? 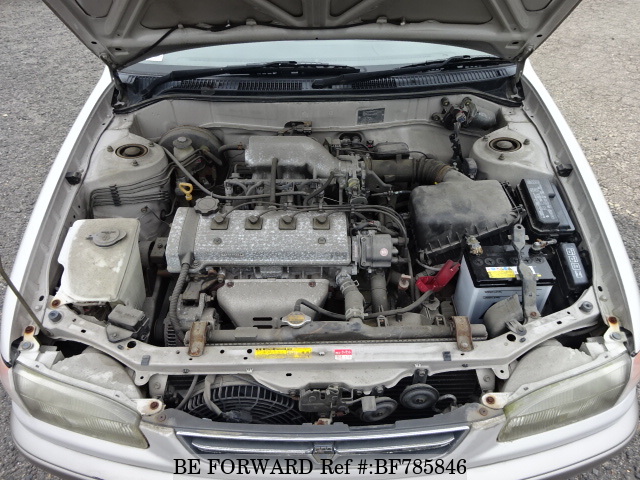 Above: Engine of a used 1996 Toyota Corolla

Arguably just as important as Toyota Corolla’s reliability is the fuel economy it delivers. The Toyota Corolla, in 1971, was rated at 8.3ℓ/100km, at the same time that the average fuel economy was a 10ℓ/100km. Fast-forward to today, or at least 2011, the average small sedan, which you would use to transport up to four or five passengers, consumes approximately 6.5ℓ/100km (liters per 100 kilometers). Today’s Toyota Corolla has kept up the pace, as low as 5.6ℓ/100km on the highway. 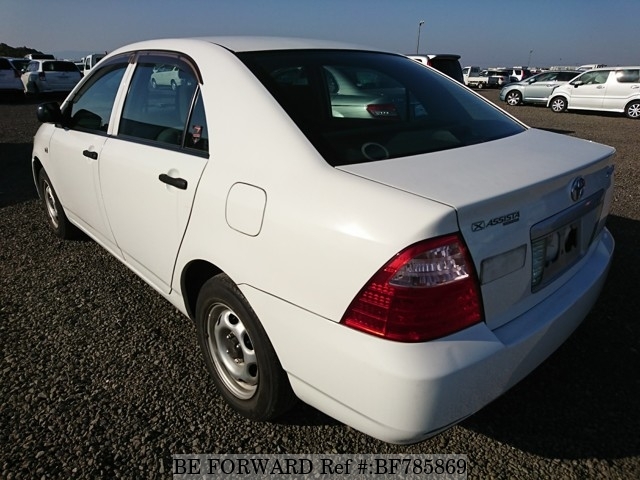 Above: Rear of a used 2005 Toyota Corolla

Perhaps most importantly, the Toyota Corolla is one of the world’s most-reliable vehicles on the road. With proper maintenance, there are plenty of Toyota Corolla models plying the roads of the world with upwards of 500,000 kilometers on their odometers. There aren’t many vehicles that can offer even half that without major repairs or a complete overhaul, which makes Toyota products, especially the Corolla, the go-to vehicle for millions of people.

When considering a used Toyota Corolla, perhaps the best thing you can do is to consider its overall condition and its maintenance records. A well-taken-care-of Toyota Corolla, even if it has 200,000 km on the odometer, is still just a teenager, by automotive standards.

Ready to take the plunge and purchase one of the world’s most popular cars for yourself? Click here to view our stock of the Toyota Corolla and find your next perfect used car.