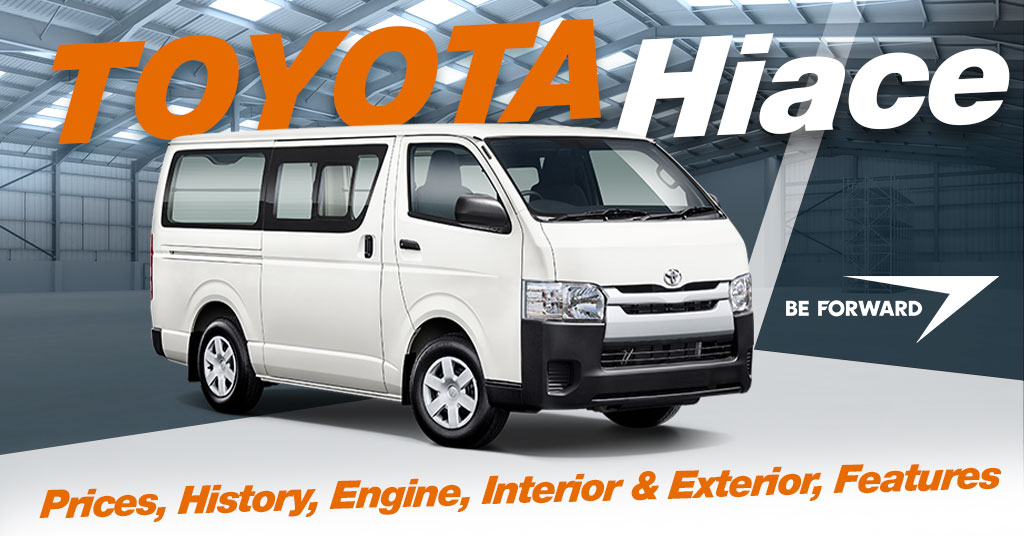 Apart from producing Hatchback, Sedan, SUV, and MPV, the Japanese Automobile Manufacturer Toyota also produces Minivan and Mini Buses like Coaster and Hiace. Today, we are going to take a look at the Toyota Hiace. When it comes to carrying passengers and cargo, the kind of cars we think about are buses, minivans, and minibusses. They just offer comfortability, space, great features, efficiency but also an excellent performance that we all want in a car. Before we consider buying Toyota Hiace, we should understand this car in terms of features, capabilities, style, qualities, affordability, and of course the engines of the car.

Understanding the capabilities, style, qualities, affordability, and engines will help you to know what kind of Hiace is for you and your purpose.

Toyota Hiace was produced for three main purposes like carrying passengers, carrying luggage, and for hospital use (ambulance). The advancement of technology brought big changes in commercial vehicles which arrived bit by bit across the early versions, but usually in a bold shift for individual versions. Toyota Hiace is available in automatic and manual transmissions. Toyota released Hiace with 3 variants – Super Long Wheelbase (SLWB), Commuter, and Long Wheelbase (LWB) – along with the option of two engines and two gearboxes.

Toyota Hiace is available in three body options – Hiace Wagon, Hiace Van, and Hiace Commuter with the option of Petrol or Diesel fuel.

The Hiace is tailored to suit your business needs, assuring your business efficiency and to be your most reliable choice. Toyota Hiace more than 10 people sitting comfortably.  The Hiace Van provides all the space you need to give your business a competitive edge. There’s voluminous cargo space, sliding doors, and side steps.

Several storage booths inside the Hiace at the front that are useful for storing items such as beverages, smartphones, goggles, and handbags. You will find door panel storage, a 2 compartment glove box, a center box, and 4 cup-holders. In other variants, you will get extra Navigation, AUX Power, DVD Player, and Cooler Box.

The Hiace came with different appearances depending on the generation but the 5th generation is a tall angular vehicle that can best be described as boxy. The Hiace GL trim comes fitted with fog lights, chrome trim, and 15-Inch alloy rims.

On 13 June 2005 the 5th generation was launched in the Philippines, with 2KD 2.5L engines; the 13-seater GL Grandia and 15-seater Commuter, both transfer power to the wheel with manual transmission.  In October 2015 all Hiace trims in the Philippines were updated with the new 1KD 3.0L turbodiesel engine.

Some Hiace models come fitted with several safety features like ABS, SRS Airbags, WIL (Whiplash Injury Lessening), Rearview Camera, and Retractable steering on impact. The latest models of Toyota Hiace advanced by having SRS airbags; anti-lock brake system and some of the versions have reverse sensors.

In Tanzania, most of the Hiace’s are bought from BE FORWARD and are being used as a commercial vehicle to carry passengers or cargo. Need to increase your revenue? You need to think about getting a Toyota Hiace with a 3L or 5L engine in four-wheel drive. This can suit all your transport needs at an affordable price. Get your free quote today only from BE FORWARD.