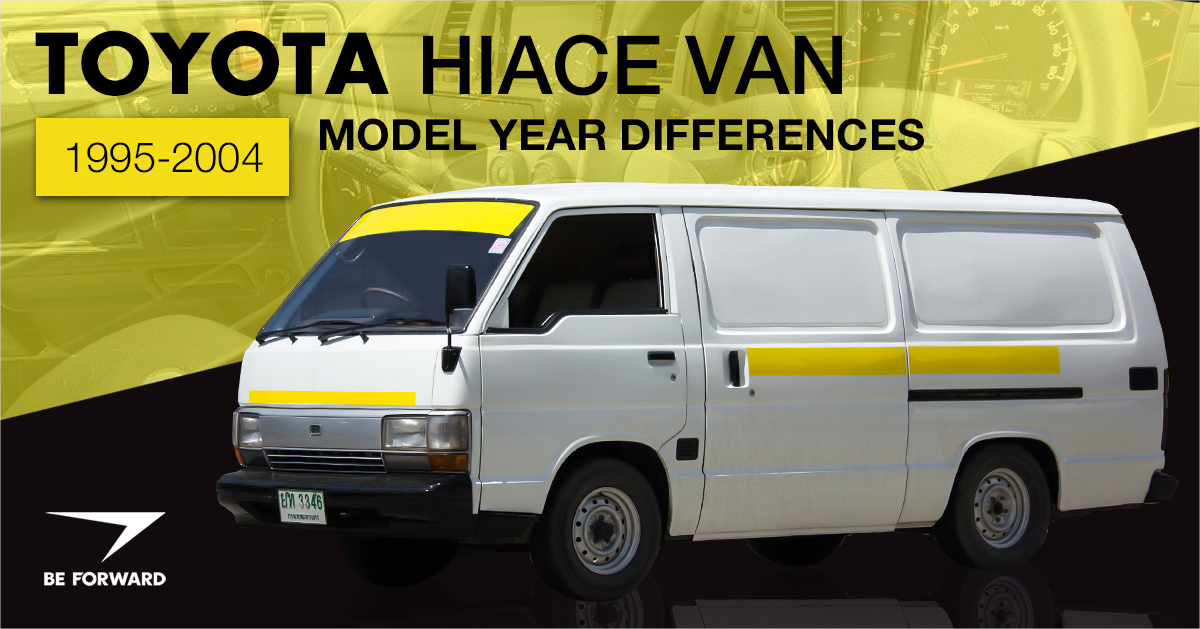 The Toyota HiAce is well known for having a tough, durable engine. The Toyota HiAce is versatile; it can be used as a family vehicle as well as for commercial business. The passenger seats can be folded away to provide a large amount of luggage space. It is used all over the world, so spare parts are easily found.

Africa’s favorite van, it could be said that the Toyota HiAce Van is so popular due to its reliability, availability of spare parts, and versatility—it offers a range of body sizes to suit different needs.

With such high acclaim across its lifespan, which version of the Toyota HiAce is right for you? Let’s take a look at the model’s key years between 1995 and 2004 to help you make the best decision. 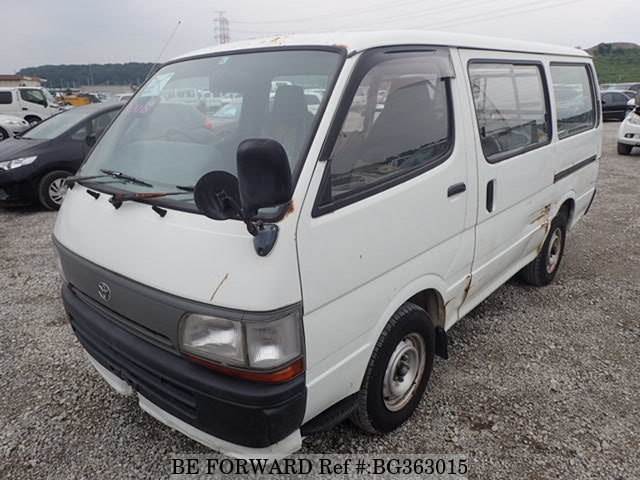 The 1995 version of the Toyota HiAce comes in either a 4-speed automatic or 5-speed manual transmission, and is offered in diesel or unleaded regular petrol engine configurations, all of which allow you to choose the right trim for your specific application.

Base features for the ’95 Toyota HiAce typically include air conditioning and radio to provide comfortable and enjoyable conditions during long drives, as well as power steering so you can maintain control despite this vehicle’s size. 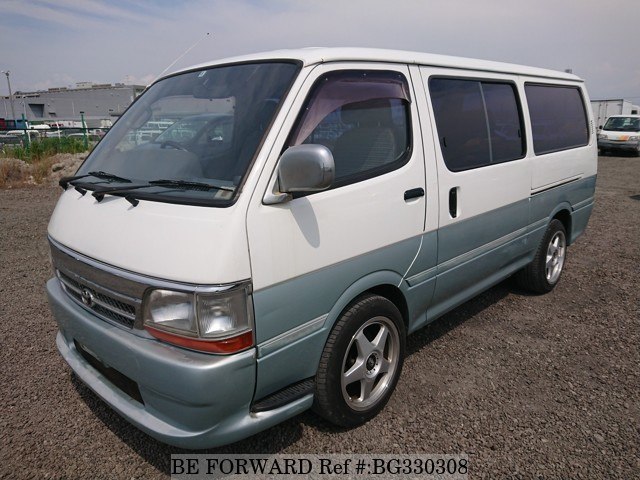 The 1996 Toyota HiAce continues the model’s legacy of reliability and superior performance. With engine options that include petrol and diesel, as well as automatic and manual transmission, the ’96 HiAce has the versatility and capability to handle just about any task required of it.

Typical standard exterior features for the 1996 Toyota HiAce include central locking on the driver’s side, along with power steering to keep you in full control of the vehicle. As for the inside, the ’96 Toyota HiAce offers a 2-speaker sound system with radio and cassette player. 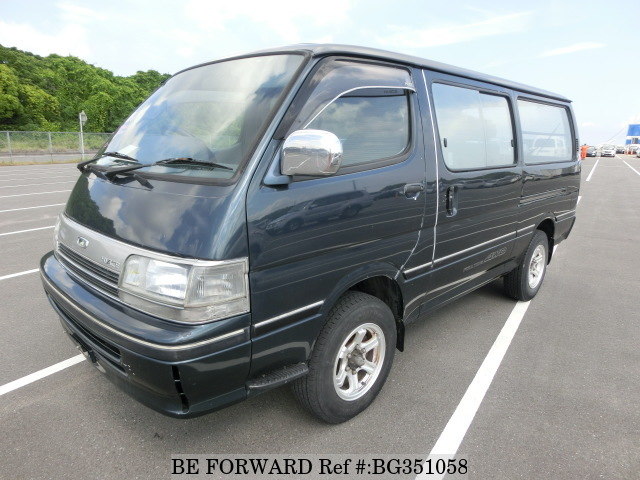 The 1997 Toyota HiAce makes subtle improvements to the model’s already well-established reputation of comfort, dependability and performance. With the ’97 HiAce, you can choose the engine configuration and transmission type that’s best suited to fit your needs.

When it comes to the 1997 HiAce’s exterior, you can expect basic features such as power steering, along with power central locking available from the driver’s side door, allowing you to keep passengers secure with ease. Interior features include radio with dual-speaker sound system, powered windows for easy adjustment, as well as air conditioning. 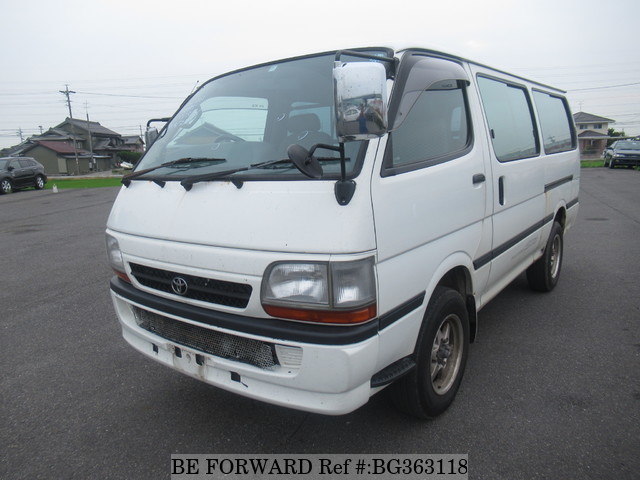 The 1998 Toyota HiAce takes the model’s tried-and-true formula, and pushes this very popular machine forward. Available in a manual or automatic transmission, as well as diesel or petrol engines, the ’98 HiAce can easily handle just about anything you need it to.

With the ability to seat up to 8 passengers, the 1998 HiAce features plenty more on the inside to satisfy all riders. Interior features include a climate control system, manual seat adjustment, central locks, as well as power steering. 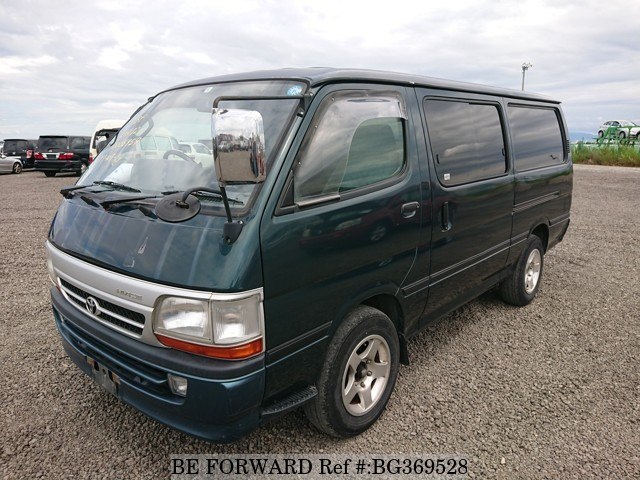 The 1999 Toyota HiAce is yet another testament to the model’s uncompromising reputation of strength, comfort, and high-quality performance. Available in petrol or diesel options, the ’99 HiAce comes in an automatic or manual transmission. Looking to move people or equipment? The 1999 HiAce can do it all.

In terms of features, the 1999 Toyota HiAce provides basic offerings that include central locking for faster securing of your vehicle, as well as power steering for better control. Other features include an entertainment system equipped with 2 speakers, and a radio with cassette player. Other equipment may include a spare tire and jack so you won’t be stranded on the side of the road. 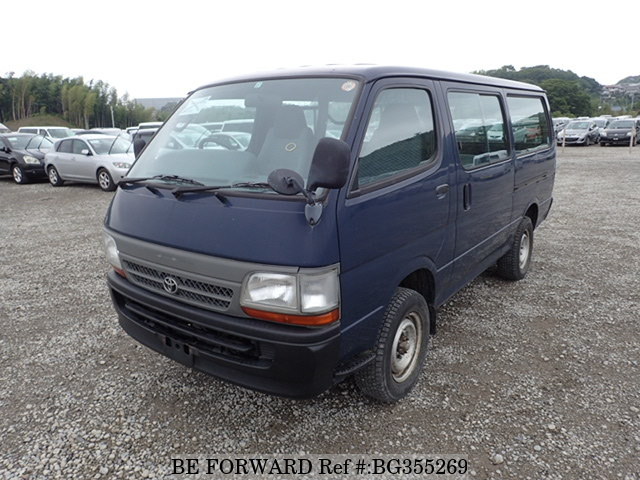 The 2000 Toyota HiAce enters the new millennium with some very welcome upgrades, while remaining true to its heritage of providing a solid work or transport vehicle for a plethora of applications. Like its predecessors, the 2000 Toyota HiAce is available in 2.4L petrol, as well as 2.8L or 3.0L diesel engine options. Automatic and manual transmission options are also available.

As with prior model years, the 2000 HiAce offers basics such as central locking and power steering. Interior features include cloth trim for a comfortable ride. Newer standard features that can be found in the 2000 HiAce may include power windows. This is a welcome upgrade for those who would prefer to adjust their windows without being too distracted with a crank handle.

The average fuel economy for the 2000 Toyota HiAce is 9km/L. 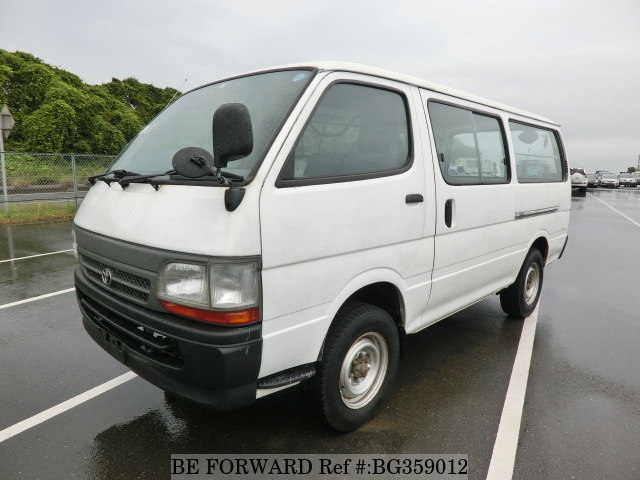 The 2001 Toyota HiAce picks up where the 2000 version pushed Toyota’s popular van forward, and goes a step further. Available in 2.4L petrol or 3.0L diesel engine options, the ’01 HiAce is also offered in automatic or manual transmission, and perfectly capable to handle a wide array of tasks.

The 2001 version of the HiAce comes with an engine immobilizer feature to add another level of protection over your vehicle to preven theft. In addition, the 2001 Toyota HiAce also features the same standard features we’ve seen in the past, including power steering, powered mirror adjustment, cloth interior, air conditioning and a 2-speaker sound system with radio and cassette player. 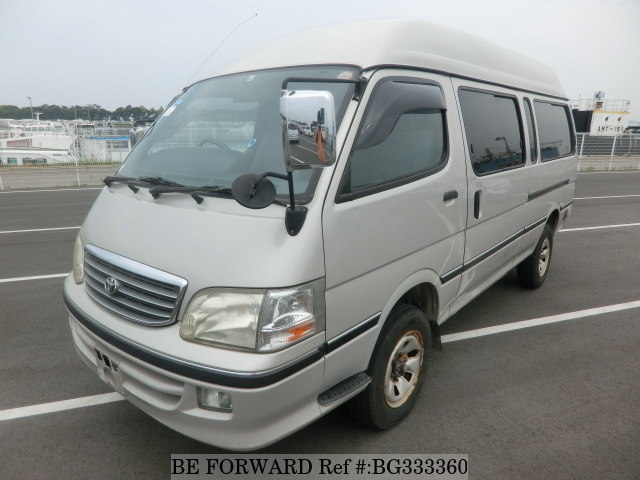 The 2002 Toyota HiAce is another unbeatable entry in the impressive span of models from Toyota’s flagship van. Available in 2.4L and 3.0L engines and your choice of automatic or manual transmission, the 2002 carries a long-standing legacy of performance, dependability and value.

The 2002 Toyota HiAce comes with all the necessary features and then some. Typical features of the ’02 HiAce include central locking, power steering and cloth interior. Additionally, more modern features are also available for the 2002 version of the HiAce, including an engine immobilizer for better theft protection. Convenience features include power mirrors, as well as a 2-speaker radio with cassette player. 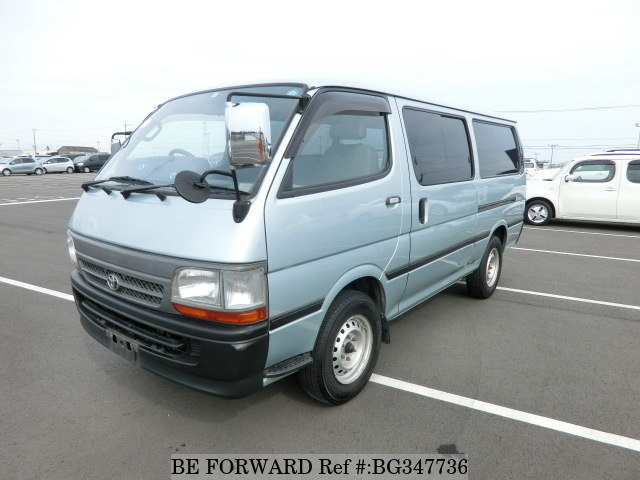 The 2003 Toyota HiAce is available in 2.4L or 3L engine options, delivering performance that ranges between 88 to 142 horsepower with a rear-wheel drivetrain, and is available in a 4-speed automatic or 5-speed manual transmission.

In addition to standard features such as halogen headlights, power steering anti-lock brakes and immobilizer, the 2003 Toyota HiAce also offers some impressive options such as fog lights, tow hitch and a sunroof. Color options include black, blue, green grey, red, silver and white. 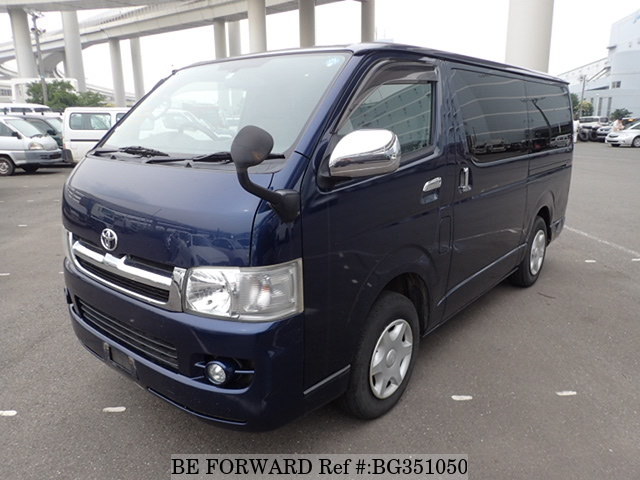 The 2004 Toyota HiAce, much like the model year before it, offers many of the same features and specs, such as a 2.4L or 3L engine displacement, in either a gasoline or diesel option. The base model of the 2004 HiAce is equipped with standard features that include cloth trim, power steering, and a radio/cassette player with 2 speakers for entertainment.

This model also comes with an engine immobilizer as an anti-theft protection feature. The average fuel economy for the 2004 Toyota HiAce is 8.4km/L

Is the Toyota HiAce Van Right for You?

We’ve covered many versions of the Toyota HiAce, across different generations. If you want a breakdown of how the HiAce has changed and how it affects your needs, or how it matches up against other vehicles in its class, check out our comparison articles down below.