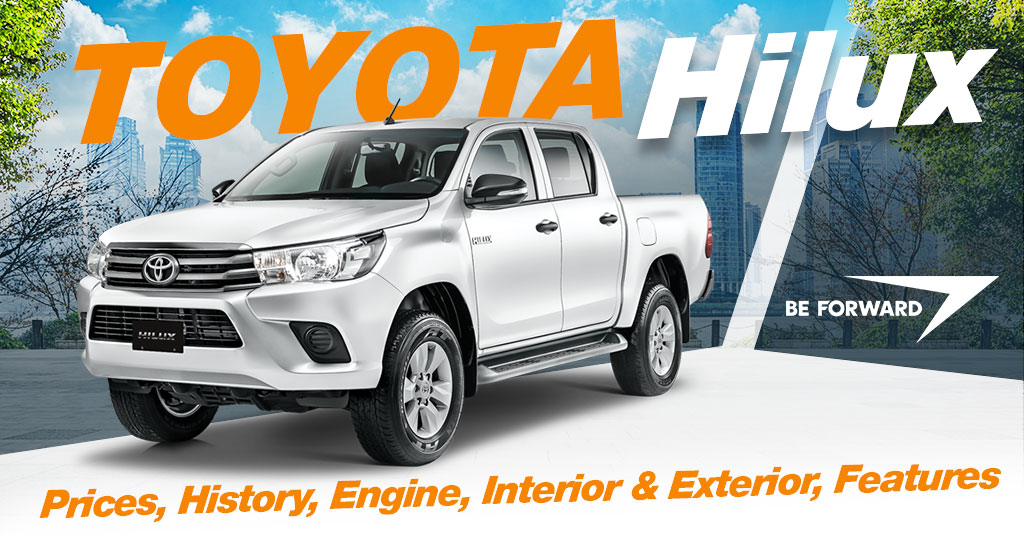 The Toyota Hilux is a pickup truck manufactured by Toyota from 1968 to the present.

It started as a small, utilitarian workhorse and grew to a fully-featured, dual-purpose car. The Hilux has maintained the same basic formula from its inception in 1968, with a choice of petrol and diesel engines, 2WD and 4WD drive types.

Recently there have been several new entrants in the pickup category from almost every competitor giving the Hilux more opposition than ever, but the Hilux is still a byword for utility and reliability.

The Toyota Hilux has utilized several engines since the first model came off the production line in 1968. The first engine to be attached to the Hilux is the 1.5-liter (2R) engine, and from there on there have been dozens of 4-cylinder and a few 6-cylinder engines to be fitted on the Hilux throughout its eight generations that range between 1.5-liter to 3.0-liter engines. In this part, we will take a look at two of the latest engines that are currently fitted on the latest Hilux models.

The 2021 Toyota Hilux interior has been upgraded with new features, such as a redesigned binnacle and a digital speedometer which is now standard. Another new feature is the trip computer which shows real-world fuel consumption.

The biggest change is in the multimedia system which features an 8.0-inch touchscreen with smartphone mirroring functionality which enables you to mirror your phone’s main apps to the screen for Android and Apple phones.

The model you go for determines how many seats you get in the Hilux.

The Hilux extra cabin has four seats. The rear seats are accessed via the rear-hinged back doors, with a width about half of a regular rear door. These back seats are not comfortable and do not have child seat anchor points.

The Hilux double (dual) cab has five seats. The rear seats offer reasonable space but are not as spacious to tall people’s liking. The seat base can either fold up in a 60:40 or as a piece depending on the design. The rear seats have two ISOFIX child anchor points and that means only two child seats can be fitted at the back

The latest Toyota Hilux has been built to combine workaday practicality with family lifestyle. It ramps up comfortability and the tech is up there and has a one-ton load capacity.

The Hilux is offered in several trims, from the entry-level specs to top-level specs with each market having different names to identify them. The Single Cabin and Extra Cabin models are purely built for work, and usually don’t attract lifestyle buyers, and due to that, they are only offered in basic trim. They are also available as Tippers or Dropside variants.

Standard safety features include seats designed to minimize whiplash in the event of a collision, stability control, traction control, hill-start assistance, seven airbags, and trailer sway control (an automatic system that controls the action of the trailer if it detects that a towed trailer is swaying from side to side (fishtailing).

The Toyota Hilux is one of the original pickup models; it is renowned for its tough build quality, dependability, and reliability. The latest Toyota Hilux has become more family-friendly; too, it can be used for recreational duties as well.
This review is about a well-renowned workhorse that needs no introduction, but from this review we have found out that this machine keeps improving and is now the Double Cab is close to being the best of both worlds, meaning that it can be used for work and family recreation. We at BE FORWARD recommend the Hilux, please visit our page BE FORWARD and go through our list to find your Hilux.

ALL TOYOTA HILUX FOR SALE