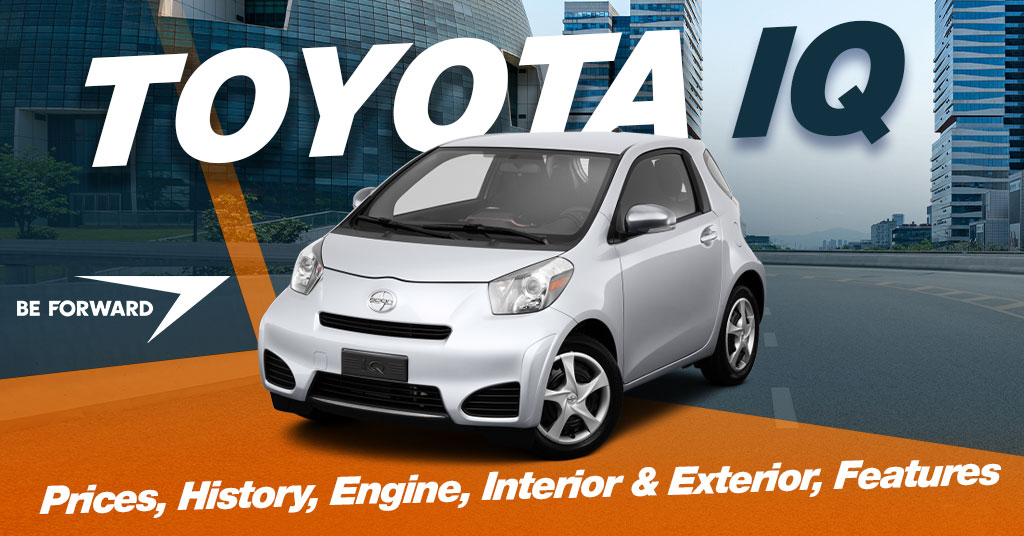 Toyota iQ is the front-wheel-drive car manufactured by Toyota Motors and marketed by Toyota. Toyota iQ was produced between 2008 and 2016 as a single generation. The car is also produced for various markets such as Europe from 2008 – 2015, and North America from 2012 – 2015 where it is known as the Scion IQ, whereas in Europe, the same car rebadged as the Aston Martin Cygnet.

Toyota iQ is assembled in Japan at the Takaoka plant and designed by Hiroki Nakajima as a city car. Toyota iQ is a three-door hatchback with a front-engine setup. It is an efficient car that is rated highly in fuel economy which makes it an excellent purchase for people with low budgets.

In the first row, there is one cup holder and door panel storage. There are no storage compartments in the second row

Toyota iQ has no boot space even to carry small-sized luggage when it carries 4 people but the rear seats can also be folded to create a boot space and can carry average-sized luggage such as a large suitcase with some space to spare.

Toyota iQ is offered with 3 engine options. These are; the 1.0L 1KR-FE I3 engine, the 1.3L 1NR-FE petrol I4, and the 1.4L 1ND-FTV diesel I4 engine. These are linked to 5-speed and 6-speed manual CVT and are also available in both automatic and manual transmission.

The iQ’s starter motor is combined in the engine’s flywheel rather than behind the engine; a compact and high-mounted steering rack, an air conditioning unit located behind the dashboard central area, the iQ features a transmissions differential housing located ahead of rather than behind, the engine. The setup allows the front passenger to sit forward of the driver, giving increased back passenger space. A light under-floor fuel tank reduces back overhang.

The fuel tank capacity of 32 liters enables the car to provide an outstanding of 25 km/liter.

Toyota iQ price ranges from $1,560 to $18,850 on the used car market, depending on the model year, mileage, installed features, color, and other conditions of the car, therefore, you can use these tips to buy an iQ suitable for your budget.

The iQ is an economical car that is fun to drive. Being a small car with a small engine it isn’t the fastest car but it handles well with happy travels and good use of gears on the way. It is finer inside than it appears and is more solid. Although it has 4 seats, the IQ is an ideal car and the seat behind the driver is only fit for a child as there is space fit for adults and the other back seat would not be comfortable for a long journey. Both front seats are roomy with plenty of space. Most use the back as a boot and it easily accommodates some simple luggage. Toyota iQ is not popular in the Tanzania market and we expect its service parts are expensive. You can get the spare parts and other body parts through BE FORWARD by visiting BE FORWARD Auto Parts Store.

ALL TOYOTA IQ FOR SALE