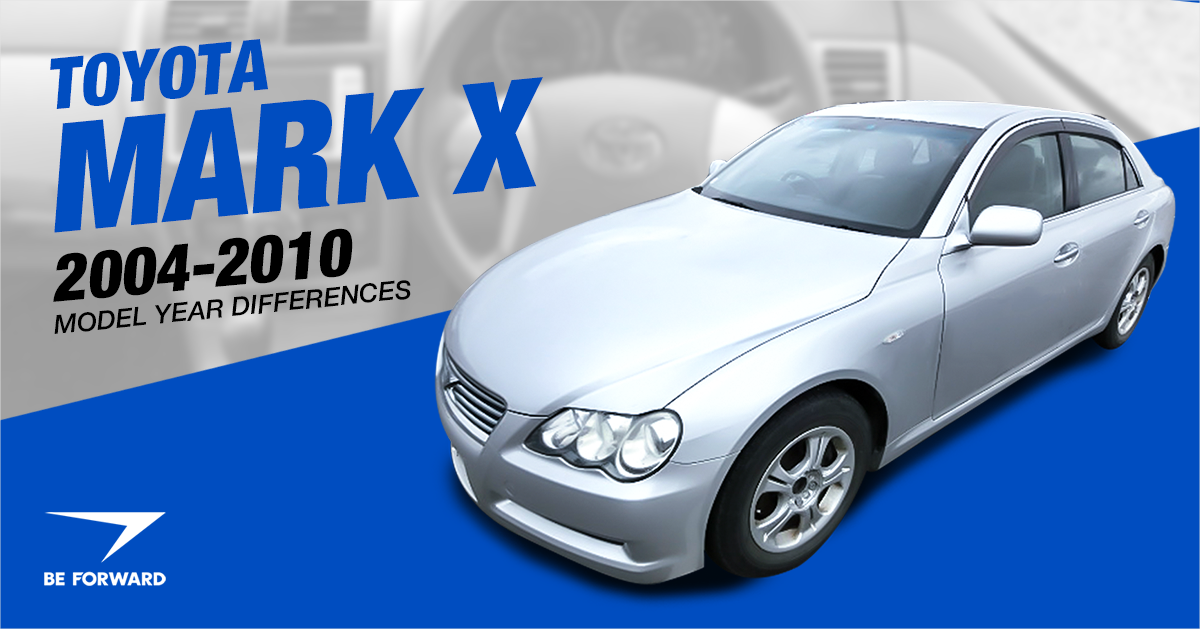 The Toyota Mark X is a mid-size sedan, available in either rear-wheel or all-wheel drive. It is known for its luxury and powerful six-cylinder engine. It replaced the popular Mark II, which has been in production since 1968. In keeping with Toyota tradition, the Mark X is reliable and inexpensive to maintain.

The Toyota Mark X combines the touch of luxury introduced across the Mark series with substantial power beneath the hood, a more modern aesthetic, and convenient contemporary features to make every drive a smooth one.

Said features vary across each of its grades and trims since 2004, but can include intelligent AFS and smart entry/start operations, an advanced anti-theft system, discharge headlights, and polished genuine leather and woodgrain accented steering wheel.

Starting in the mid-2000s, the engines of the Mark X received a transformation from the traditional series to the V type, 3 unit (256 horsepower) and 2.5 liters (215 horsepower) direct injection (D – 4) 2 unit. A newer six-speed automatic (5 speed for 4WD cars) was also introduced and is equipped with a sequential shiftmatic capable of manual shift operation. More recent models from the mid-2010s boast 2.5L V-type 6-cylinder DOHC “4GR-FSE” engines as well as other newer premium gasoline engine options.

So, just how much has the Toyota Corolla Mark X changed over the years? Let’s take a look between 2004 and 2010 to see how this dependable vehicle has improved. 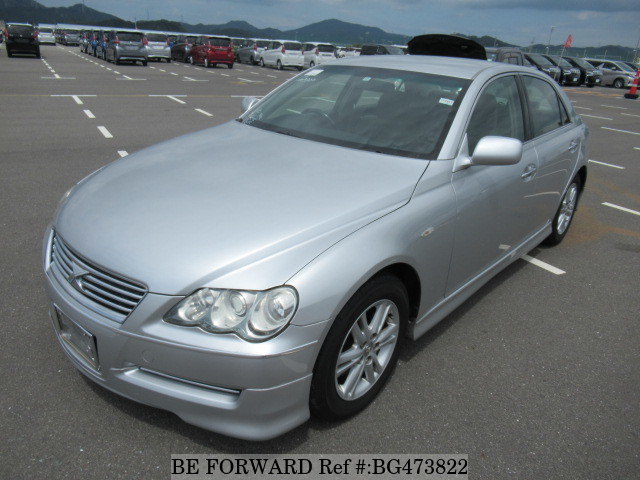 The 2004 Mark X is the first of its generation and the successor to Toyota’s best-selling sedan, the Mark II. In keeping with the original essence of the FR sedan, the Mark X comes with a few upgrades, such as a V-type engine with two 3L and 2.5L direct injection units.

It also includes an intelligent AFS and smart entry system, an anti-theft system for added security, and a spoiler, 18″ wheels, sports brakes and more. This generation is equipped with a newly developed 6-speed automatic (5 speed for 4WD models) and a sequential shiftmatic that allows manual shift operation, a double wishbone on the front and a multi-link suspension on the rear. 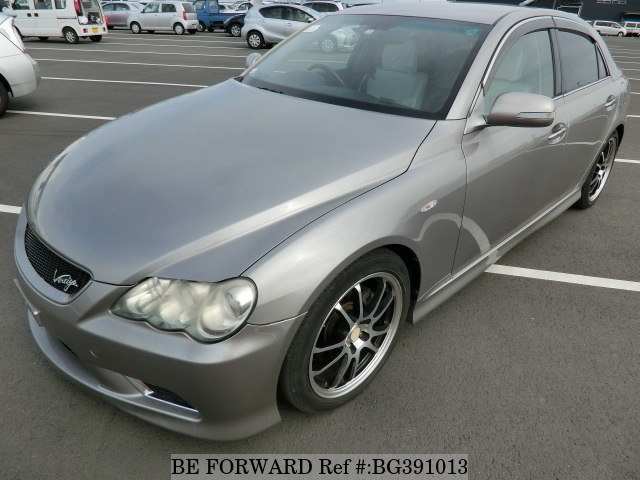 The 2005 Mark X is Toyota’s new luxury sedan features a V6 engine with 3L (256 hp) and 2.5L (215 hp) direct injection (D-4) 2 units. Other features include a 6-speed automatic drive with a sequential shiftmatic, a double wishbone suspension on the front, and a multi-link suspension on the rear.

The ever-popular discharge headlamps with low-beam and auto-leveling suctions light up the road as the 16-inch aluminum wheels and 8-way multi-adjustable power seats take you to wherever you need to go. 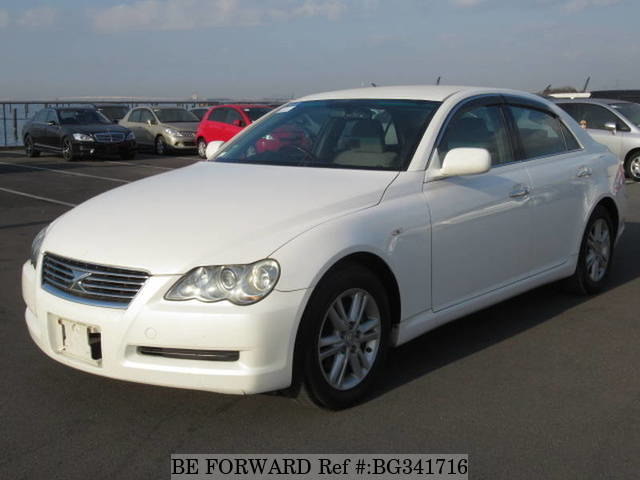 Toyota has also expanded the electronically controlled suspension AVS, which improves maneuverability and running stability for one heck of a fun ride. 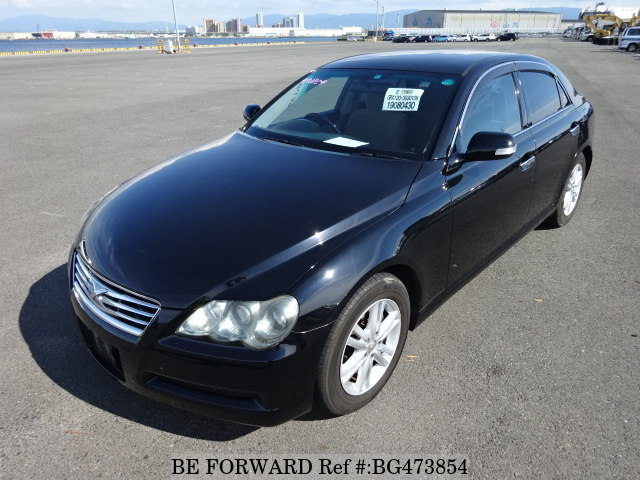 When it comes to fuel economy, the 2007 Toyota Mark X has an average fuel economy of 10.5km/L.

The 2007 Toyota Mark X contains a 215 horsepower engine equipped with a 2-unit direct injection V6 engine that makes it not only classy, but downright fun to drive, too. It is combined with 6-speed and 5-speed automatic and sequential shiftmatic for smooth manual shift operation.

This luxurious sedan also comes equipped with an intelligent headlamp control system, along with improved safety features such as special side and curtain shield airbags and an anti-theft system. 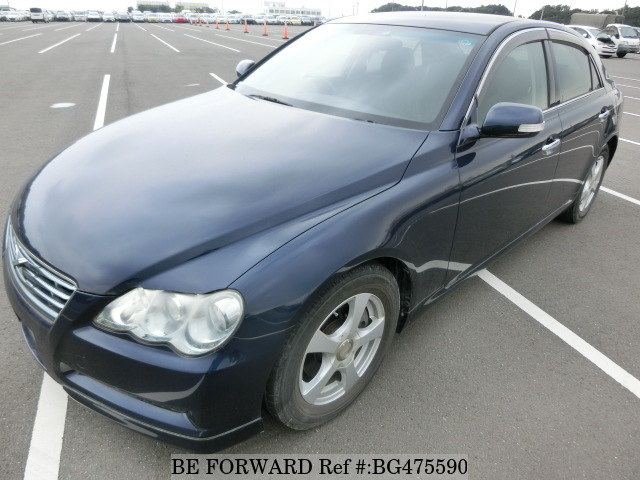 Under the hood, Toyota’s 2008 Mark X packs a V6 engine containing two D-4 direct injection units that can take you up to 256 horsepower, combined with a 6 or 5-speed sequential shiftmatic transmission. It also has a smart entry system including two smart keys with hazard and buzzer features, and an anti-theft system that immobilizes the engine.

In addition, the driver’s seat is equipped with an 8-way multi-adjustable power seat, a discharge headlamp, and 16-inch aluminum wheels. 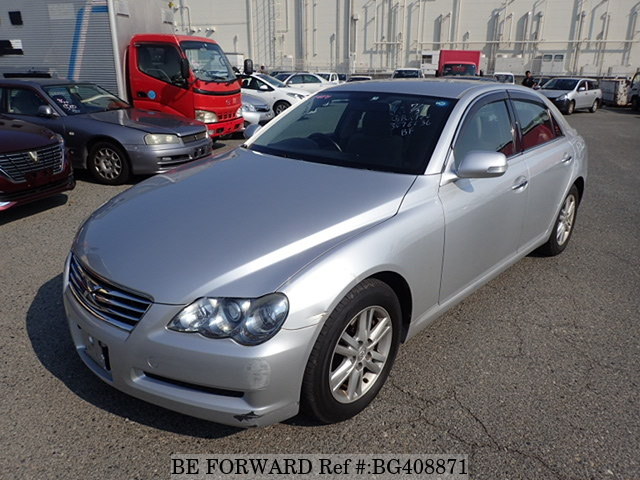 The front-end design with its triple headlamps and mesh grille emphasize its low center of gravity, giving it a sporty feel that makes it not only easy to operate but also fun to drive. 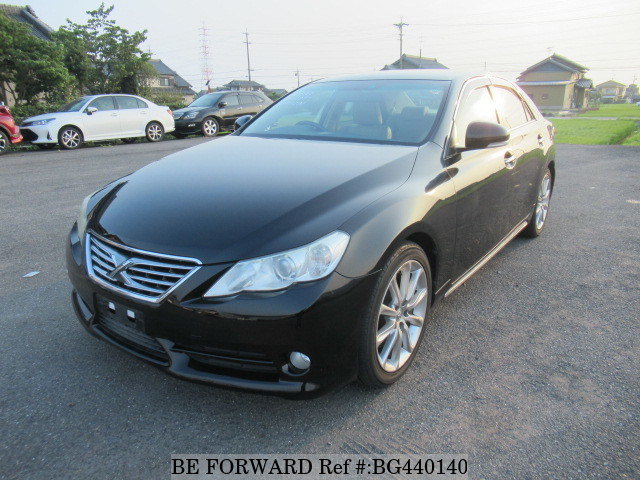 With the 2010 Toyota Mark X, you can sit back, relax, and settle in for one luxurious drive.

Over the years, features have been added to make the Toyota Mark X more attractive to car buyers. These features may include:

If these features match your needs in a vehicle, the Toyota Mark X might just be the right car for you.

Should You Buy the Toyota Mark X?

If you want to know if the Toyota Mark X is your best option, see how it fares against the competition in our comparison with its fellow Toyota family member, the Brevis.