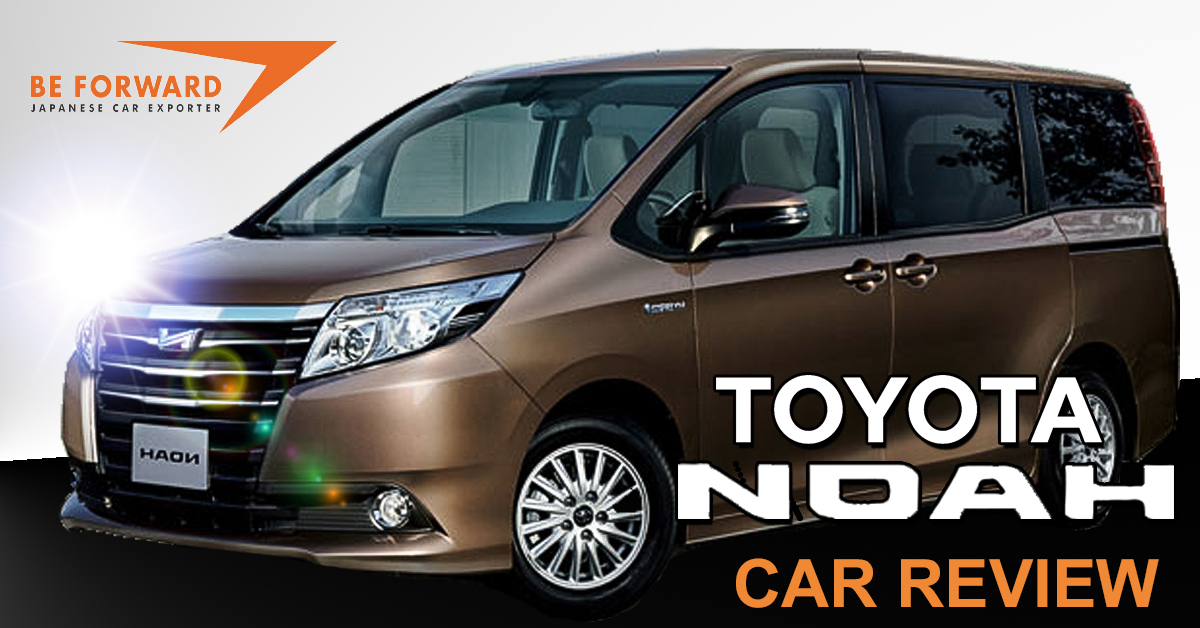 As early as the 1930’s automakers began to recognise the need for a multi-passenger vehicle (MPV) that was also multi-purpose. Earlier design attempts were more like pick-up trucks, and didn’t offer the car-like handling that consumers wanted. Toyota took up that challenge and started making its cars bigger, constantly tweaking its vehicles to keep up with the ever-changing whims of the market.

They finally made the Toyota Noah in 2001, a minivan that has remained fresh and appealing across each of its three generations to date. The Noah’s growth and popularity in the Asian market has also begun to expand into other global markets. In this in-depth Toyota Noah review, discover how it stands out in the market for used family cars and why exactly it’s becoming so popular.

Why is the Toyota Noah So Popular?

The Toyota Noah serves as the updated and more passenger-friendly version of the Toyota LiteAce, a solid delivery vehicle which had been in production since 1970. Toyota engineers took this freestanding delivery van and changed it to focus on families who need the size of a van and the driveability of a sedan. They decided to use the Toyota Noah to fill the functional gap between the Toyota Sienta and the upscale Toyota Alphard. 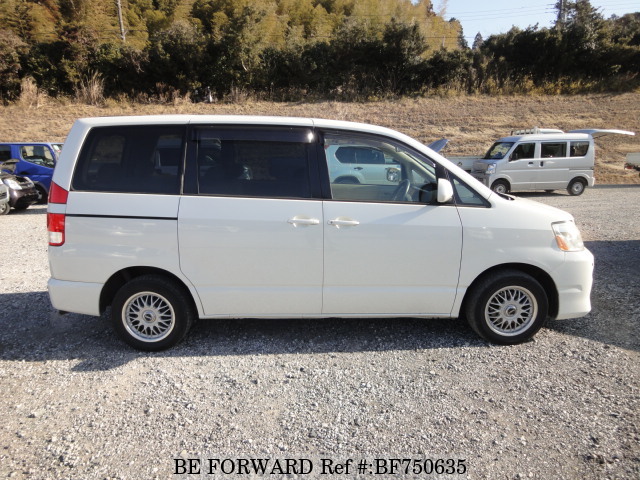 Because of its functional positioning between the Sienta and the Alphard, with its versatility, the Noah quickly became popular within the Asian market. As its popularity grew, Toyota began to introduce it to the global market. In each of the markets where it has been introduced, it has been widely known for its modern design, safety, fuel economy, and affordable price tag. Let’s look at this fantastic used family car in more detail.

The Toyota Noah: A History

During the design phase of the Toyota Noah, engineers were challenged to create a versatile MPV that could seat between five and eight passengers, yet offer plenty of cargo space and outstanding fuel economy. As if that wasn’t big enough a feat, they decided to make it a low-emission vehicle that was highly safe. The Noah delivered on all fronts right from the get-go.

The first generation was introduced for the 2001 model year and competed with the Honda StepWGN, the Mazda Biante, and the Nissan Serena. It was powered by a 152 bhp 1998 cc direct-injection petrol engine that was paired to a four-speed automatic transmission. 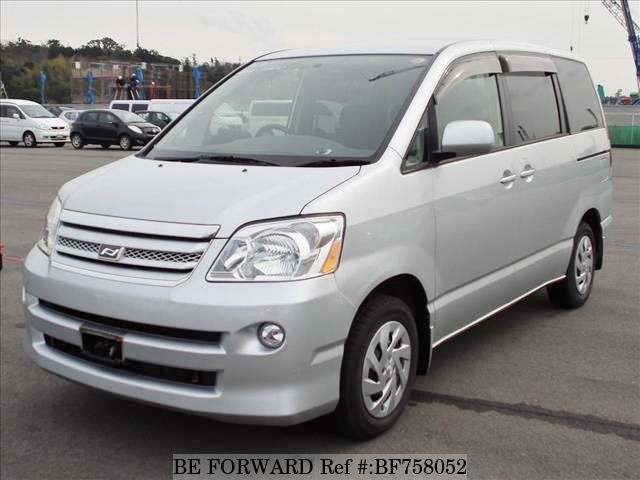 In the standard FF layout, the first-gen Noah could achieve 14.2 km/l. Additionally, the Japanese Ministry of Land, Infrastructure and Transport designated the Noah a low emission vehicle.

The popularity of the Toyota Noah caused Toyota to build a totally redesigned second generation of the MPV. Introduced for the 2007 model year, the second generation of the Toyota Noah featured a body style that had transitioned into a more family-pleasing exterior with increased interior space, as well as improved engine and fuel economy performance. The exterior took on a more well-rounded and aggressive style. Toyota improved the Noah’s handling by using MacPherson struts with coil springs and stabilizers in the front and a torsion beam in the rear. 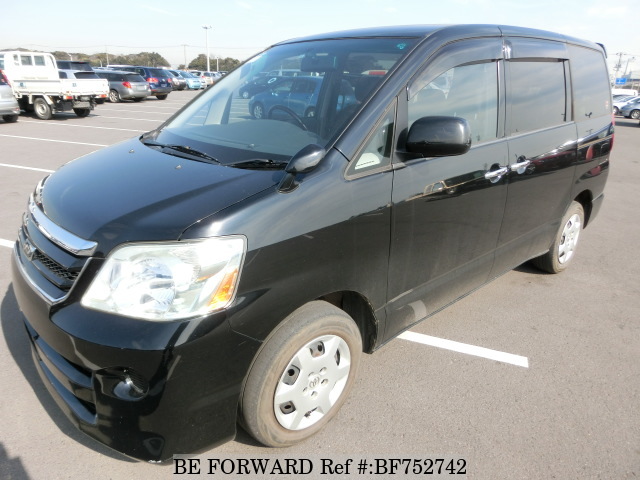 Under the bonnet, the power of the second generation Noah had been boosted to 158 bhp and 195 N-m of torque at 4,400 rpm. Power comes from a 1986 cc petrol I4 paired to a Super CVT-i. The combo in the FF layout allows the second-gen to have fuel numbers of 13.4 km/l in MPVs set-up for eight passengers. In models designed for five passengers, fuel numbers are the same 14.2 km/l found in first-gen vehicles. The second-gen also saw the introduction of Toyota’s G-Book navigation system, Intelligent Parking Assist, rotating second row seats, and dual temperature control with a pollen removal system.

Toyota completely redesigned the Noah for the 2014 model year, offering a sharper, more intense look. Never satisfied with styling alone, Toyota increased the Noah’s cabin space again, creating the most spacious of any Toyota MPV. The updated engine features an idle stop function that boosts fuel economy to 16.0 km/l. The latest generation Noah offers a lower deck and floor, and rotating flip seats in the second row for families. This arrangement makes it easy for parents to place babies in car seats as well as for the elderly and young children to enter and exit the Noah. 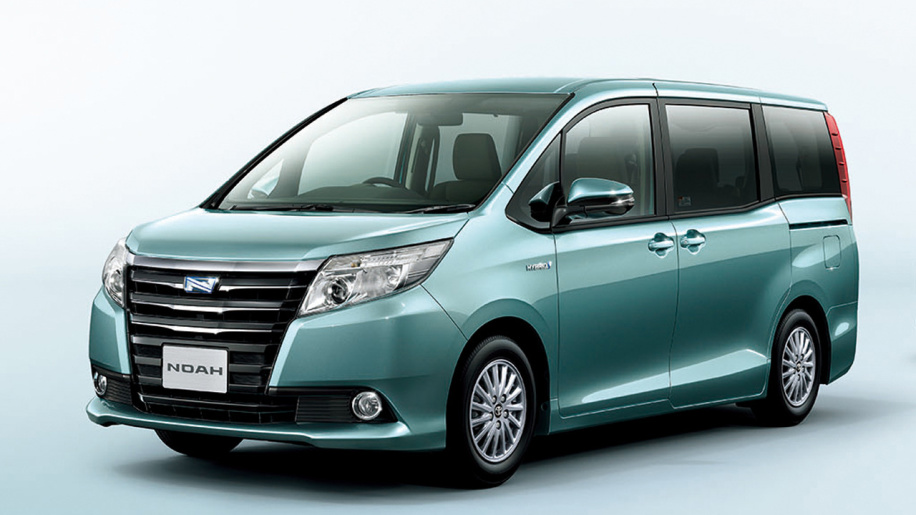 The current model of the Toyota Noah

Why Buy a Toyota Noah?

The Toyota Noah entered the market with a tried-and-true design that allowed it to fit nicely between the Toyota Sienta and the Toyota Alphard. Each generation has been redesigned, allowing it to stay at the cutting edge of MPV aesthetics. The latest generation especially has taken on a distinct, edgier look that stands out in a crowded parking area, unlike many used family cars. 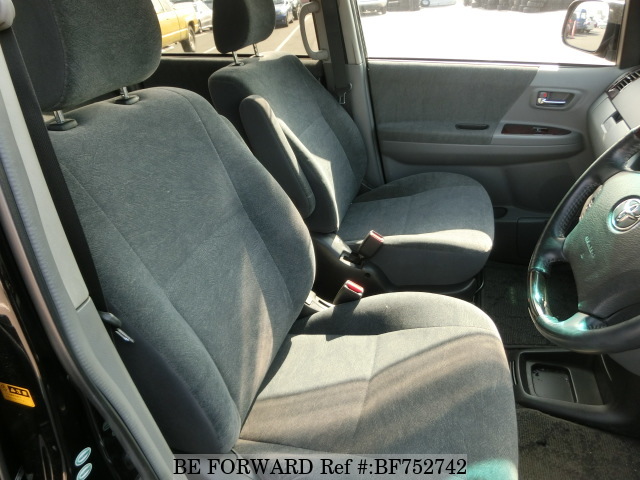 Interior of a used 2007 Toyota Noah

As with all Toyota vehicles, the Noah is designed with outstanding safety in mind. The result is a vehicle that is highly rated in all crash test regimens in every market where it is sold.

Toyota has long been known for designing engines that offer great power, class-leading fuel economy, and outstanding reliability. The entire Noah drivetrain has a well-earned reputation for long term dependability. The third generation’s fuel economy has been boosted to 16.0 km/l in the eight passenger layout. 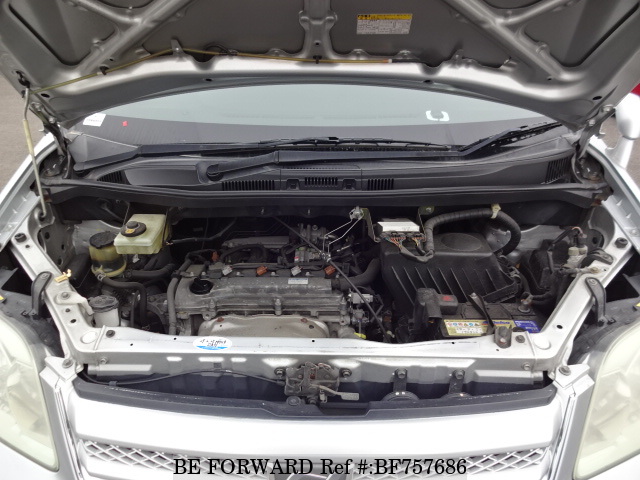 If you choose the hybrid Si trim package, fuel economy jumps to 23.8 km/l; a fuel rating that places the Noah close to the top in the MPV class. Competitors like Honda, Mazda, and Nissan feature significantly lower fuel economy numbers.

The Toyota Noah has always been intended to be an affordable, yet luxurious MPV. As with all MPVs, the most affordable units are available on the used family car market. In terms of cost, used Toyota Noahs range from a low price of around $378 for a 2004 model to a reasonable $5,199 for a newer 2011 model.

When Toyota introduced the Noah in 2001, the company hoped to offer an MPV that would fill a niche and appeal to large extended families. It has done just that, while featuring up-to-date styling and Toyota’s most luxurious amenities. 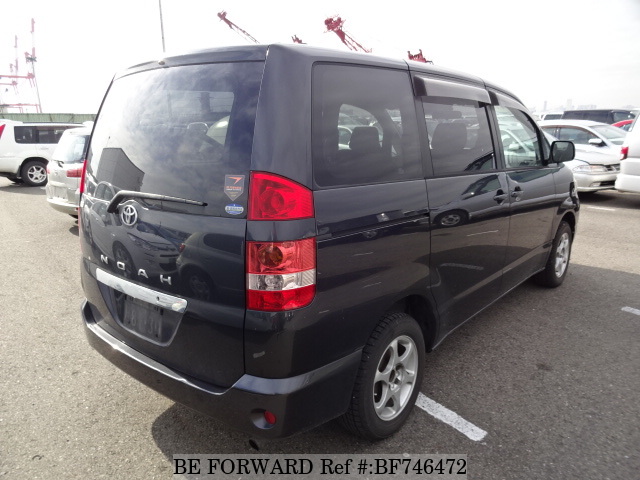 All of the qualities that we have listed here combine to make the Toyota Noah one of the best used MPV offerings available in any market for used family cars. If you enjoyed this Toyota Noah review, don’t miss our other in-depth used car reviews by visiting our blog!