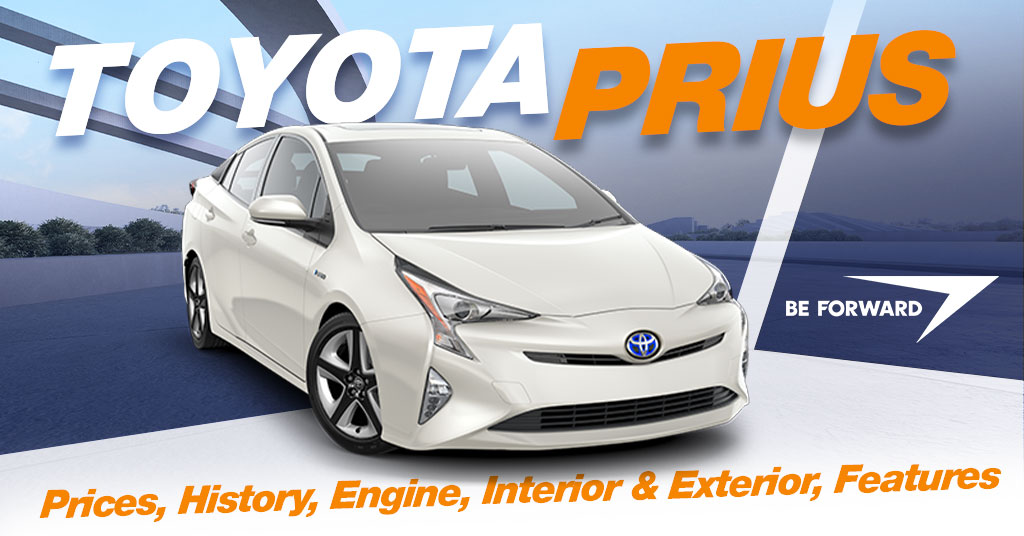 Japanese automobile maker Toyota introduced the first version of the Toyota Prius in 1997 as a 4-Door Sedan and this is the full hybrid electric automobile developed by Toyota.  The United States Environmental Protection Agency rated the Toyota Prius as the cleanest vehicle sold in the USA based on smog-forming emissions.

The Prius family expanded after the Prius c, a subcompact hatchback, and the Prius v, an extended hatchback, were introduced in 2011. In 2012 Toyota released the production version of the Prius plug-in hybrid. In November 2016 in the U.S Toyota released the 2nd generation of the plug-in version, the Prius Prime. The Prime attained the highest Km/L rating in the all-electric mode of any vehicle ranked by EPA with an internal combustion engine.

The Toyota Prius offers standard interiors that any average subcompact would offer. The cabin is spacious, with plenty of space at the front. The dashboard is made of nice plastic materials with a center-mounted display. The Prius can accommodate a total of five people. The seats are static and there is enough boot space for a family.

Toyota Prius offers 1.5 L to 1.8 L with a 4-cylinder engine and two motors that produce a 99HP (horsepower). Hybrid cars are more fuel-efficient than normal cars and their engine emits less CO2 to the environment. Hence, hybrid vehicles are not as powerful as normal vehicles. Hybrid cars need a bit more care and maintenance regularly.

Features and pricing are the factors that one should consider and if you need the 99 horsepower engine, go for the one with the better driving experience.

The design and technology used in the Prius is a full hybrid or power-split, sometimes known as a combined hybrid, a car that can be propelled by electric power or gasoline, or both.

When the Prius is turned on with the “Power” button, it is complete to drive immediately with the electric motor. This permits driving with no fuel consumption for journeys under 0.80 km and low noise. Longer journeys are possible as long as the speed is kept below 40 km/h, acceleration is kept low and the battery has enough charge.

Since its introduction, the Toyota Prius has been among the best fuel economy cars available in the world, the Prius family has 3 models among the 10 most fuel-efficient cars.

Toyota Prius price ranges from $2,100 to $34,330 on the used car market, depending on the model year, mileage, installed features, color, and other conditions of the car, therefore, you can use these tips to buy a Toyota Prius suitable for your budget.

The Prius is an economical car that is fun and gasoline stress-free to drive. Being a hybrid car with a medium engine it is not the fastest car but it handles well with happy travels and good use of gears on the highway. Toyota Prius started to gain momentum in different countries and in the Tanzania market and we expect its service parts are affordable. You can get the spare parts and other body parts through BE FORWARD by visiting BE FORWARD Auto Parts Store.

ALL TOYOTA PRIUS FOR SALE