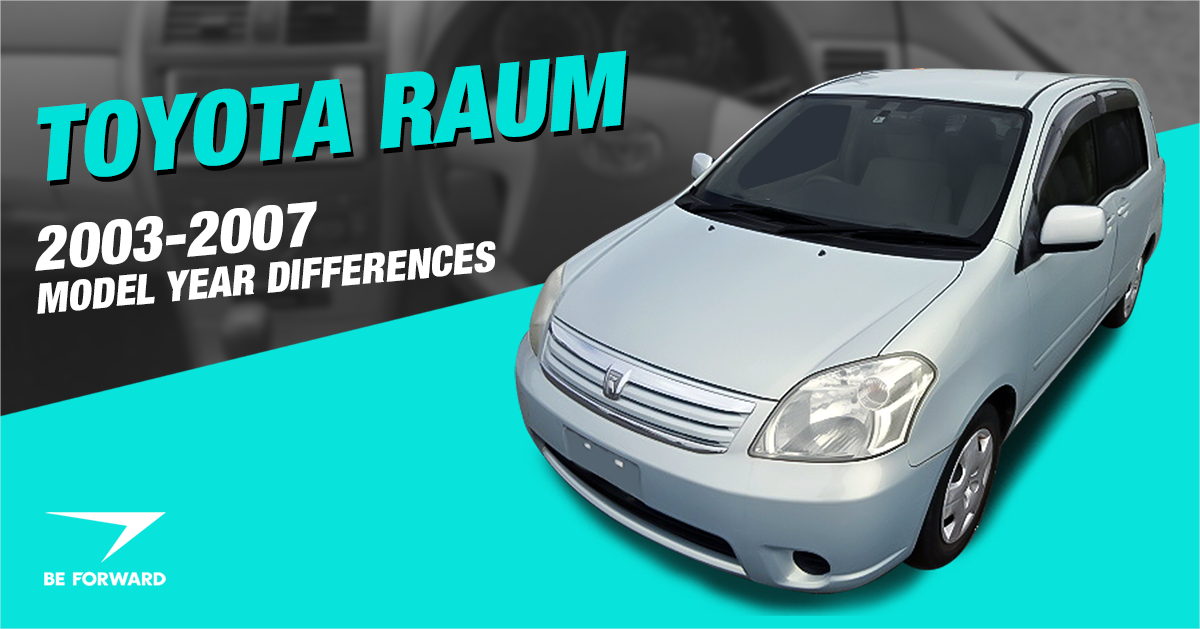 The Toyota Raum is a spacious yet compact powerful hatchback. The Toyota Raum was built with the ease of use in mind for all kinds of passengers, eliminating the central pillar for a roomier fit. The Raum also achieved an “Ultra-low Emissions Vehicle” environmental performance certification from the Ministry of Land, Infrastructure and Transport. 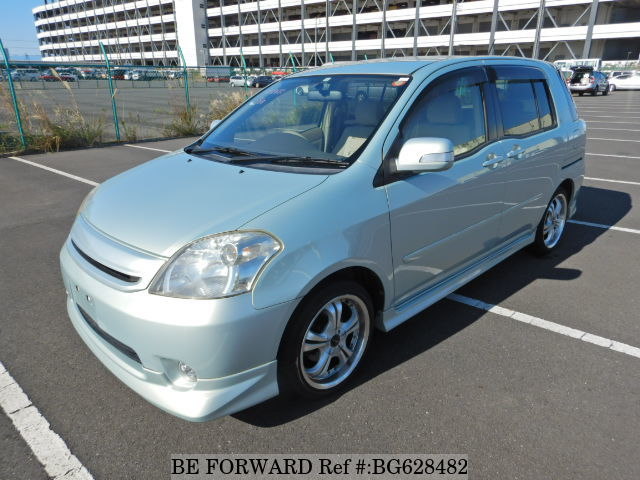 The 2003 Toyota Raum has been meticulously redeveloped under the “Pursuit of Universal Design,” Toyota’s diversity initiative to keep the famous Toyota quality while increasing ease of use for all customers. The biggest example of this new ideology is the special panoramic open door located in the backseat. This large opening eliminates the classic central pillar by building it into the door itself, and have equipped it with a fully electric open and close system for maximum usability no matter the mobility level or physical strength. This is one of Toyota’s roomiest and safest vehicles, with a fully walkable interior and shock absorbing body structure, reinforcing the cabin for improved safety in both side collisions and reducing pedestrian injury. This classic van includes Toyota’s well-loved 1.5L inline four-cylinder DOHC engine combined with options of a 109 horsepower FF drive, 105 horsepower flex full-time 4WD drive, and 4-speed AT with dedicated dashboard shift switch. 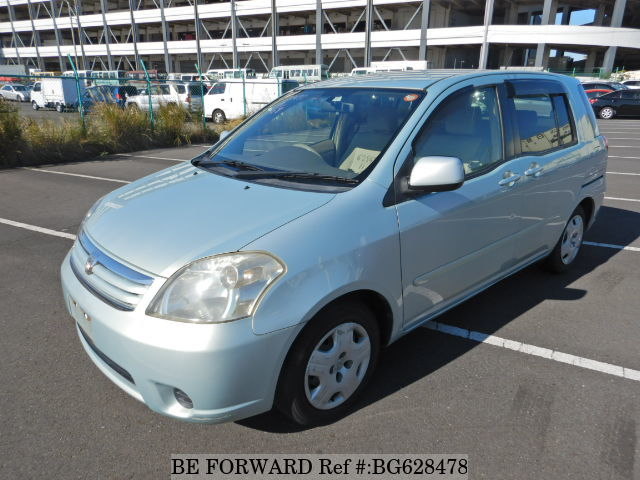 The 2004 Toyota Raum sticks with its commitment of user-friendly equipment and full accessibility, keeping the high ceilings and fully walkable interior that make it one of Toyota’s top sellers. The 1.5L inline four-cylinder DOHC engine remains Toyota’s most popular engine and is available in both 109 horsepower for FF models and 105 horsepower flex full-time 4WD, both in a 4-speed AT accessible through a dashboard shift lever. There are four models in the 2004 Raum lineup—the base type, the fully-equipped C package, the luxurious G package, and the sporty S package. The C package features privacy glass, electric retractable mirror, smart door lock, and infrared controlled central A/C, while the G adds a lusher interior and the S shows its mettle with aluminum wheels and special aerodynamic parts. All seats can be folded down into the floor for maximum usability, and is one of the premier vehicles for those with mobility issues or wheelchair users. 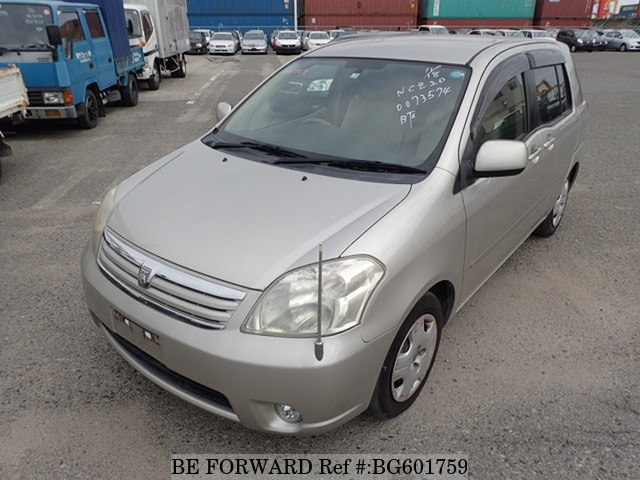 The 2005 Toyota Raum’s panoramic door opens to a whopping width of 1,500mm with a single switch in the remote-control key fob and on the door itself. Combined with a 109 horsepower FF drive and 105 horsepower flex full-time 4WD drive, the famously reliable 1.5L inline four-cylinder DOHC engine keeps the Raum running on and on. Some improvements have been made over the 2004 edition, such as an auto-leveling mechanism for the front discharge headlamps to prevent blinding oncoming vehicles, as well as high-mounted LED brake lights now standard for optimum safety and a new front blinker system on the fender. While the base type includes the electric controlled door and window system standard, various additional feature packages are available, with the C including privacy glass and an electric retractable mirror, while the luxury G upgrades with an Infrared Sensor air conditioning unit that precision controls the interior temperature. The S package is also available as a sport model with improved exterior detailing, aluminum wheels, and aerodynamic parts. 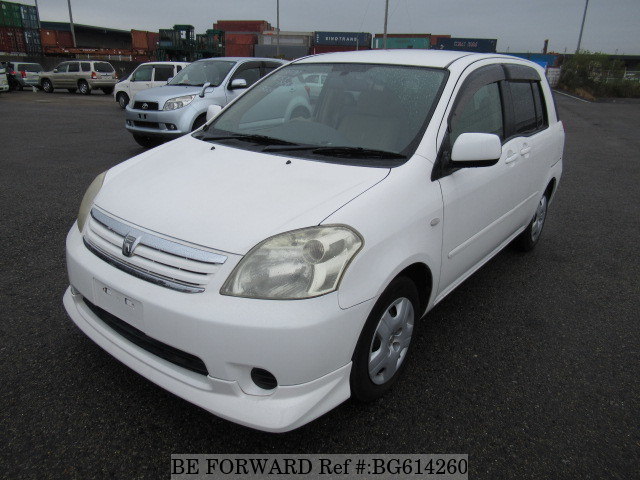 In this improvement, fog lamps have become standard on all models, the rear combination lamp and cap for the 14-inch steel wheels (except for the S package) have been redesigned, and three new colors have been added as options for the body color. In addition, the navigation system (optional) was changed from DVD to HDD to improve quality and function. With a fully walkable interior, tall ceilings, and the famous panoramic door, the Raum remains Toyota’s most accessible vehicle while never compromising on affordability or reliability. The 2006 Toyota Raum also integrates previous packages to streamline and create three grades: The basic S, the luxury G, and the sports model S. Additional features include smart door lock, front and rear armrests with easy touch locking and unlocking system, and an IR (infrared) sensor air conditioner, as well as aero parts and aluminum wheels for the S. 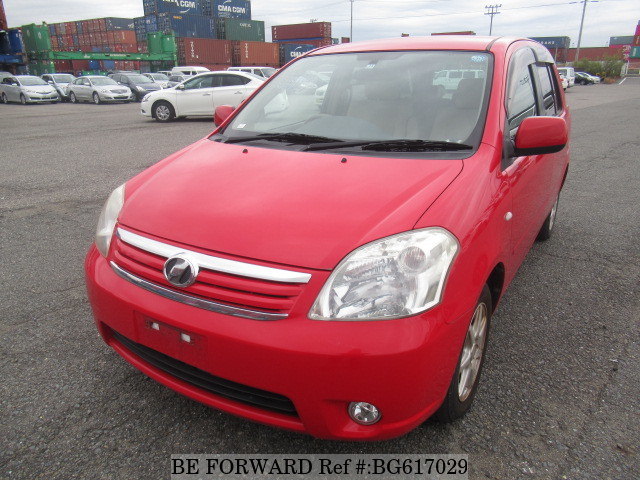 The award-winning Raum is one of Toyota’s most famous vehicles. Winning the Japan Good Design Award for its roomy interior and fully adjustable seat design, this is an ideal pick for multi-generational families or those with a lot on their plate. With its famously dependable and fuel-efficient 1.5L inline four-cylinder engine under the hood, the 4-speed AT can be used with either a 105 hp FWD or a 109 hp FF. The shift lever is also attached to the dashboard, eliminating the middle shift lever and adding to the open floor plan. This five door vehicle includes a pull-out style tailgate and fold-and-tumble seats that can go completely down to the floor to make transporting bulky objects just as easy as transporting passengers. Like all Toyotas, reliability never means sacrificing quality, with lots of fun and useful features like the infrared sensor-controlled cooling and heating system, remote automatic door lock, and one-touch adjustable armrests.

Is the Toyota Raum the Right Hatchback for You?

If you still want to know if the Toyota Raum is your best option, check out our other hatchbacks in our comparisons and list articles below, or take a look at all BE FORWARD Raum stock to find the model year that fits you best!

One thought on “Toyota Raum Review: 2003-2007 Model Changes and Improvements”