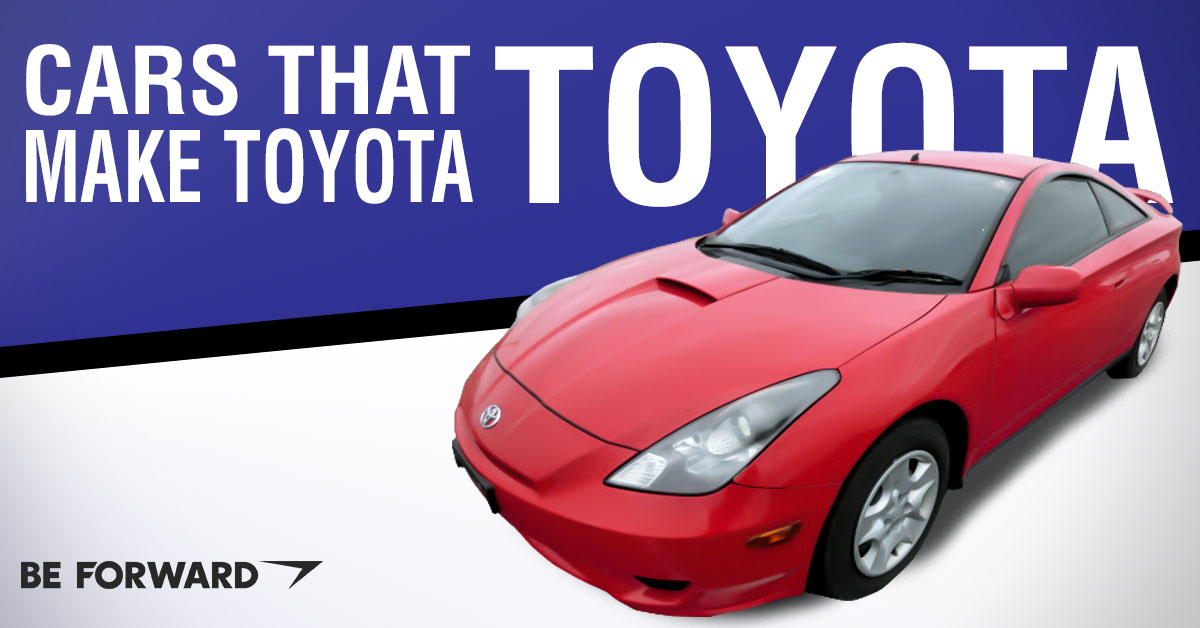 Today, Toyota models are often among the first cars and trucks that buyers think of when searching for a used vehicle to buy. There is one downside to the company’s popularity: there are so many models to choose from! Here at BE FORWARD alone, we have more than 3,500 Toyota models in stock.

Today, we would like to help you focus your search for a used car by offering a short look at five models that have helped Toyota become a global sales leader through their dependability and quality.

The mid-size Toyota Allion sedan was introduced for the 2001 model year. The Allion is now in its second generatio, and offers a solid powertrain as well as many luxury options. Under the bonnet, buyers can find three petrol engines. The engines offer the same displacement over both generations, but output was upgraded starting in 2007, so let’s look at those units. The base powerplant is a 1,497 cc I4 capable of 109 bhp and 141 N-m of torque. Next up is a 1,798 cc I4 that offers 138 bhp and 173 N-m of torque. 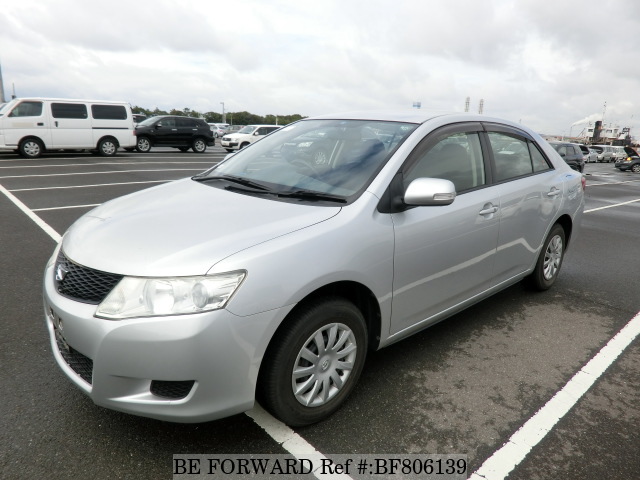 The top engine option is a 1,987 cc I4 with an output of 155 bhp and 195 N-m of torque. The first generation Allion is equipped with a four-speed automatic or a CVT, but the only gearbox option after 2007 is a CVT. The Allion is capable of up to 18 km/l depending on the engine/gearbox combination. 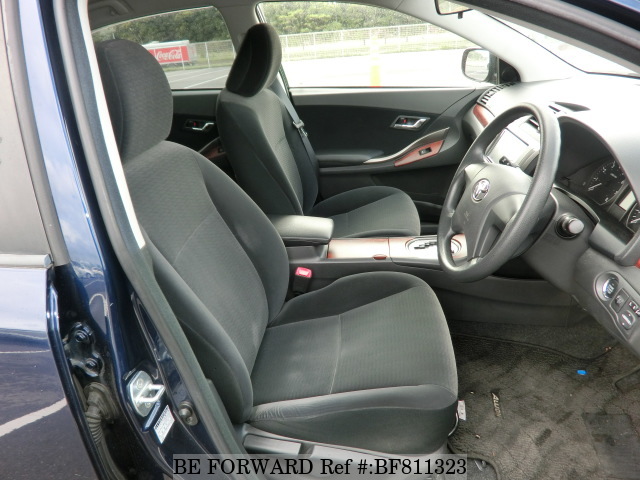 Above: Interior of a used 2009 Toyota Allion

Inside, the buyer can find great styling accentuated with eye-popping lines. The Toyota Allion can be equipped with creature comforts like: LED headlamps, powered accessories, air-conditioning, a tilt-and-telescoping steering wheel, a 60/40-split-folding rear seat, Bluetooth connectivity, heated mirrors, keyless entry and ignition, cruise control, automatic climate control, a rearview camera, a six-speaker sound system with voice controls, a sunroof, a navigation system, and a leather interior, depending on the model year, trim level, and options chosen.

The Toyota Rush is a mini SUV that was introduced to the Japanese home market for the 2006 model year. The Rush offers sporty styling, a dependable powertrain, and the kind of agility that makes it fun to drive. Under the bonnet there is a single powerplant. You will find a 1,495 cc I4 capable of 107 bhp and 114 N-m of torque. The gearboxes are a four-speed automatic or a five-speed manual for drivers who want to be more engaged while on the road. 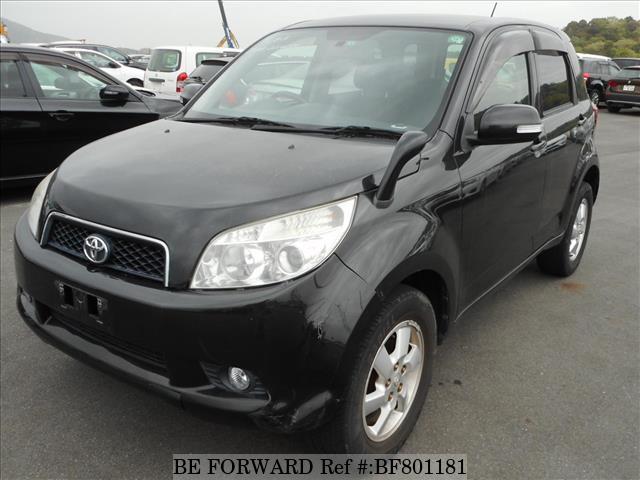 The Rush is available with both 2WD and 4WD. Depending on the model year, trim level, and options selected, buyers can find a Toyota Rush equipped with: automatic headlamps, keyless entry, full power accessories, air-conditioning, cruise control, and a tilt-and-telescoping steering wheel. 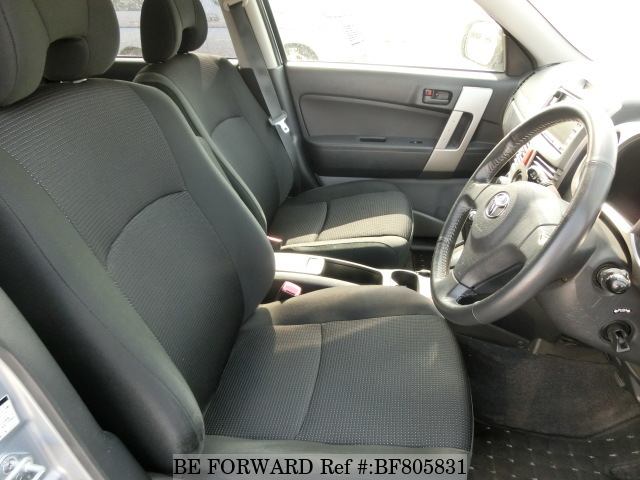 Above: Interior of a used 2006 Toyota Rush

The Toyota Celica hit the market in 1970 and was intended to emphasize styling and a sporty driving experience from the very beginning. That intention is on full display in the Celica GT-S with the Action Package body shown above. The Toyota Celica entered its seventh, and final, generation for the 1999 model year. The majority of the Celica models on the used car market are from that last generation, so we will look at those units. 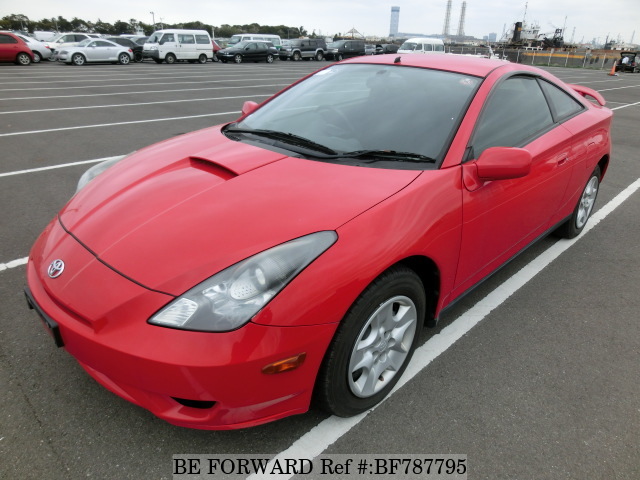 Under the bonnet, buyers will find two versions of a single 1,774 cc I4. The base version creates 122 bhp and 165 N-m of torque. The updated version, also used in the Lotus Elise with a supercharger added, offers drivers 189 bhp and 206 N-m of torque. The base gearbox is a four-speed automatic, but the real fun begins with the five and six-speed manuals. 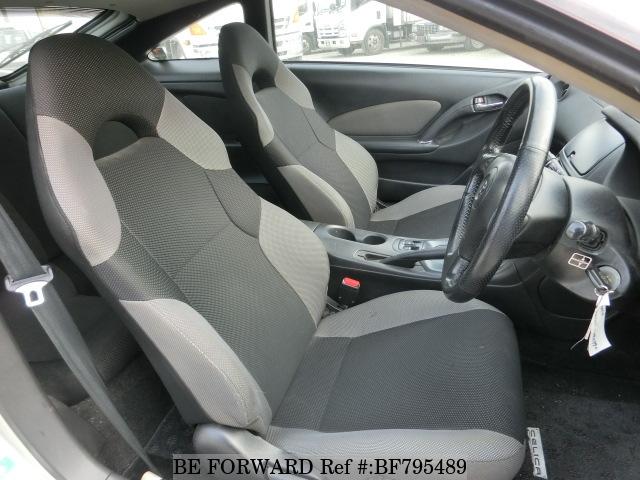 Above: Interior of a used 2004 Toyota Celica

The Toyota Celica’s focus on sport over comfort can be seen in the limited options. Limited as they are, those options include: daytime running lights, power door locks and windows, a 50/50 split rear seat, intermittent front and rear wipers, a polymer sunroof, ABS, rear spoiler, foglamps, HID headlamps, a premium stereo with a 6-disc CD changer, and leather seats.

The supermini Toyota Passo went on sale for the 2004 model year. The Passo is currently in its third generation, but many of the models on the used car market are from the first generation. That is why we are looking at those units only. 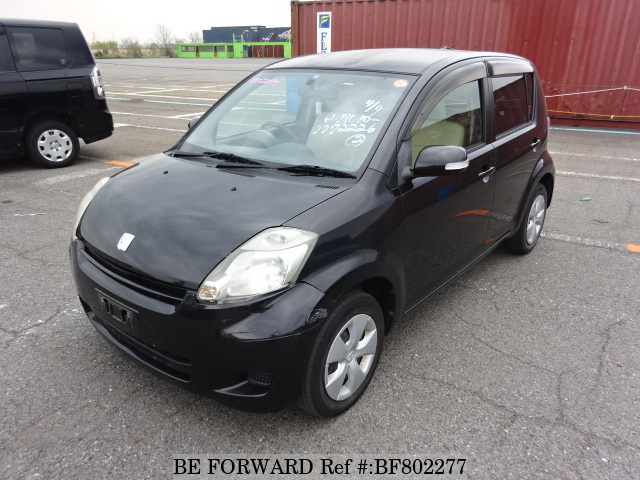 Under the bonnet, you can find either of two engines. The base unit is a 996 cc petrol I3 that is capable of 66 bhp and 91 N-m of torque; perfect for urban driving. The other engine option is a 1,298 cc I4 that offers 98 bhp and 114 N-m of torque. The gearbox options for the first generation Toyota Passo are a five-speed manual or a four-speed automatic. 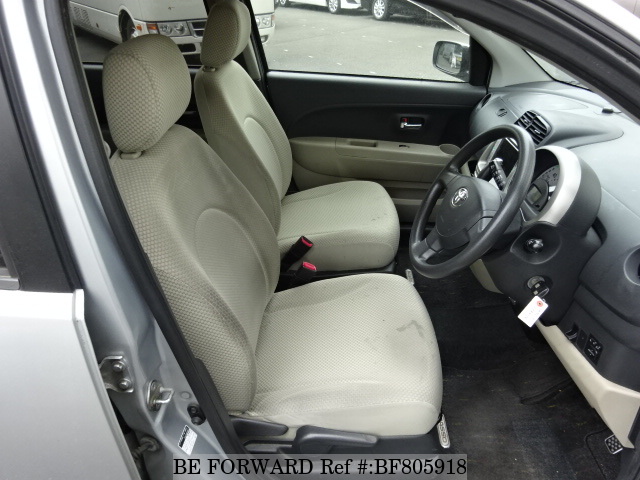 Above: Interior of a used 2008 Toyota Passo

Depending on the model year and trim level, you can find a Toyota Passo equipped with: power accessories, air-conditioning, cruise control, a tilt-and-telescoping steering wheel, a 60/40-split rear seat, a six-speaker sound system with a CD player, and satellite radio.

The Toyota Hilux line of light trucks has been in constant production since 1968. The Hilux has gone through eight generations and has been sold in many iterations over its nearly 50 years of production. Today, the Toyota Hilux is a light truck and can be sold as the Hilux Surf SUV. We are going to look at the seventh generation trucks, because the majority of the used models on the market today are from that generation. 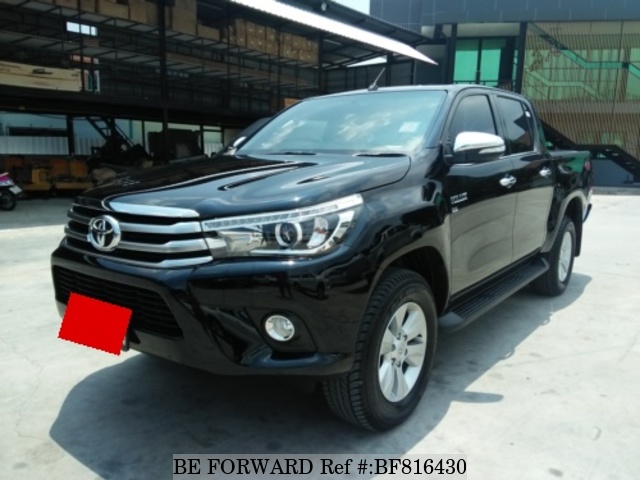 The Toyota Hilux is available as a two-door or four-door truck. Either set-up can be found in FWD or 4WD layouts. Under the bonnet you can find one of seven powerplants, depending on the market the truck was originally sold in. The three petrol offerings begin with a 1,998 cc I4 capable of 139 bhp and 185 N-m of torque. The largest petrol is a 3,956 cc V6 that offers up 236 bhp and 361 N-m of torque. The four turbodiesel offerings begin with a 2,494 cc I4 that pushes out 101 bhp and 260 N-m of torque. At the top end of the diesel offerings you will find a 2,982 I4 with a variable geometry turbo attached. It is capable of 173 bhp and 352 N-m of torque. There are three gearbox options for the Toyota Hilux and the Toyota Hilux Surf. They include four and five-speed automatics with an option for a five-speed manual. 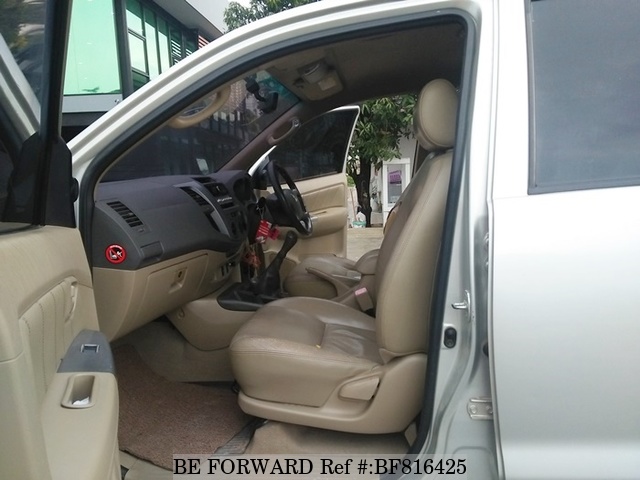 Above: Interior of a used 2011 Toyota Hilux

The base model of the Toyota Hilux is designed to be used for work, so it offers few comforts. About all you will find in the lowest trim level is a limited-slip differential, a composite bedliner, a bed utility-rail system, a tilt-and-telescoping steering wheel, a cloth front bench seat and a four-speaker stereo with a CD player and an auxiliary audio jack.  As you move up trim levels or shop for a Toyota Hilux Surf, you can find: air-conditioning, power locks and windows, front bucket seats, a rear bench seat with under-seat storage, leather seating, a premium stereo system, a front skid plate, a chrome grille and rear bumper, foglamps, keyless entry, a rearview camera, cruise control, a leather-wrapped steering wheel with audio controls, fender flares, a heavy-duty suspension, a locking rear differential, a hood scoop, a sport suspension, a towing package, rear park assist, Bluetooth compatibility, and satellite radio.

As we mentioned above, we have more than 3,500 Toyota models in stock on any given day. If you do not see what you are interested in here, you can browse our entire Toyota inventory by clicking the button below.