With an ever-increasing interest in making less of an impact on the environment, not to mention reducing operating costs, it’s really no surprise that gas mileage in the average new automobile is getting better every year. First, carbon dioxide has been directly linked to climate change, which is causing problems around the world, and transportation carbon dioxide emissions, generated at a rate of about 9 kg per gallon of fuel burned, accounts for about one-third of global carbon dioxide emissions. (Power production and industrial applications account for the other two-thirds). Additionally, because transportation fuels, including gasoline, diesel fuel, natural gas, and propane, are all derived from dwindling in-ground petroleum reserves, they’re getting more expensive. The obvious solution to both of these problems is to reduce how much fuel you burn, so improving gas mileage is in everyone’s best interests. 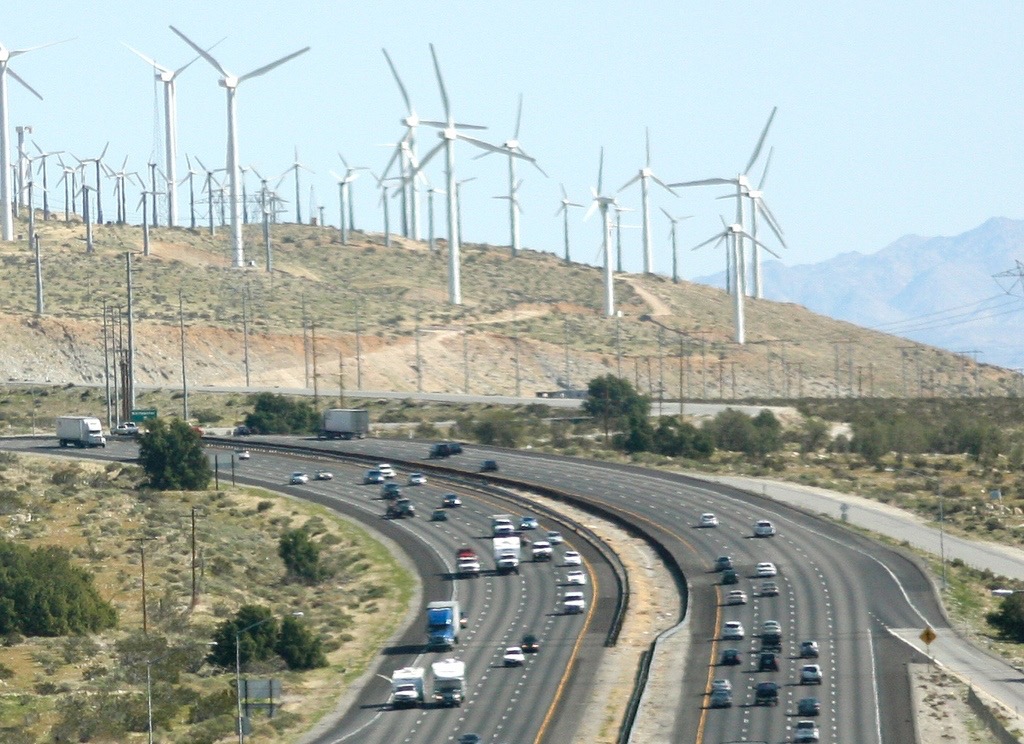 As you look over the last few decades, you’ll note that automakers have experimented with various means of improving gas mileage, the most obvious of which is reducing engine size and vehicle size, which hasn’t worked in everyone’s favour. For example, you could find a three-cylinder Geo in the early nineties, which offered up pretty impressive fuel economy, at 45 mpg (miles per gallon), which was significantly better than the average fuel economy of the day, by about 200%, in fact. On the other hand, the tiny four-door offered practically no cargo space, limited legroom, wasn’t particularly safe, and could hardly get out of its own way trying to merge onto a motorway!

Of course, that’s not the end of the story, and automakers have tried a number of strategies to improve gas mileage without impacting on vehicle safety, versatility, and reliability. With the introduction of the Toyota Prius, the world’s first production hybrid car, one might conclude that, twenty years later, we’d all be driving hybrid cars, but hybridization isn’t the only strategy that automakers have used to achieve better gas mileage and lower emissions.

Looking even at the lineup of modern vehicles, one immediately notes the correlation between fuel economy and aerodynamics, powertrain, vehicle weight, and tire type. For instance, it makes sense that a 2.0 ℓ version of a certain vehicle is more fuel efficient than the 3.0 ℓ version of the same vehicle, and that the heavier sedan version is more fuel efficient than the lighter coupe version. While these kinds of changes have often been taken to the extreme in specialty vehicles, we’re seeing more attention paid to these details in modern luxury cars, sports cars, and even economy cars.

Aerodynamics… Around town, aerodynamics pays almost no role in how fuel efficient a vehicle is, but can make a huge difference once out on the motorway. The lower coefficient of drag (Cd) is what makes a fuel efficient sedan slip through the air better than an SUV. For example, the 2015 Mazda6, with a 0.26 Cd, manages up to 40 mpg highway fuel economy, while the 2015 Land Rover LR4 manages just 19 mpg, with a 0.40 Cd. 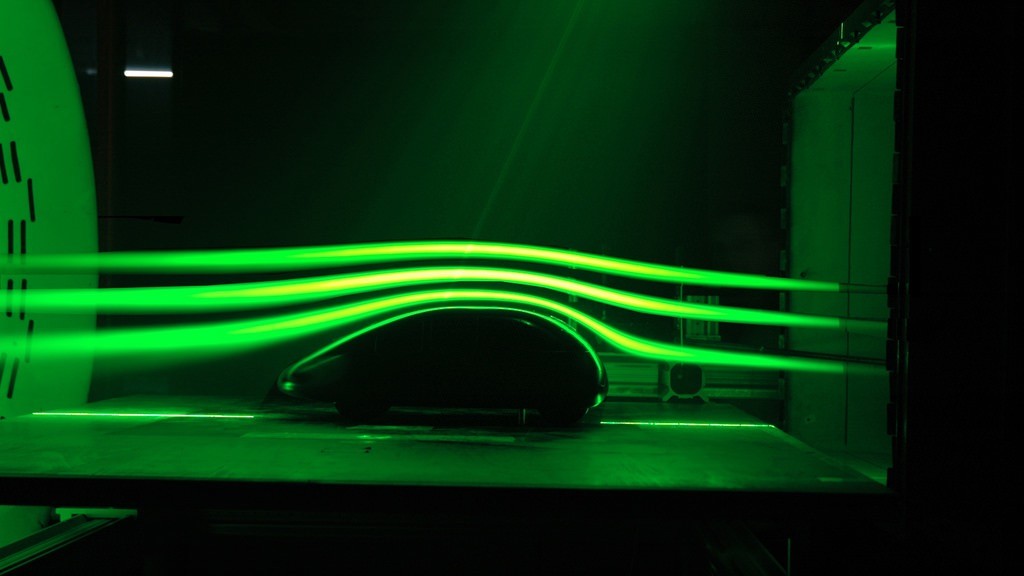 Using computer-aided fluid dynamics simulations and wind-tunnels, automakers have refined the shells of vehicles, and today’s cars are more aerodynamic (read: lower Cd) and fuel efficient than ever before. Still, one thing that was discovered was that it wasn’t just air flowing over and around the vehicle, but also air flowing through and under the vehicle that drove up real-world drag coefficients.

Look under the body of modern vehicles, even SUVs, and you’ll note that almost nothing is exposed, but covered in aerodynamic panels to smooth and direct the flow of air under the vehicle. Of course, with more underbody coverings, special attention had to be paid to the intelligent directing of some of that air for powertrain and brake cooling. To address air flowing into the grille, which disrupts aerodynamics, some automakers are implementing active aerodynamic shutters, which open, in varying degrees, depending on powertrain cooling needs. While cruising, when aerodynamics are most important, the shutters are typically closed or just barely open, since extra cooling air isn’t required.

Powertrain… While smaller-displacement engines are indeed more fuel efficient, they’re also less-powerful, which makes them a difficult choice when it comes to making a fuel efficient vehicle that is also safe and useful, maybe even fun to drive. Modern engines feature a number of technologies, such as direct fuel injection, variable valve timing and lift, and optimised intake and exhaust systems, to name a few, that help to improve power output and reduce fuel consumption.

Transmissions have also been optimised, not only in gear ratios, but also in how they are controlled, today’s electronic controllers more adept at selecting and maintaining the optimum gear for acceleration and cruising, even hill-climbing, reducing inefficient gear hunting and less-than-optimum driving experience. 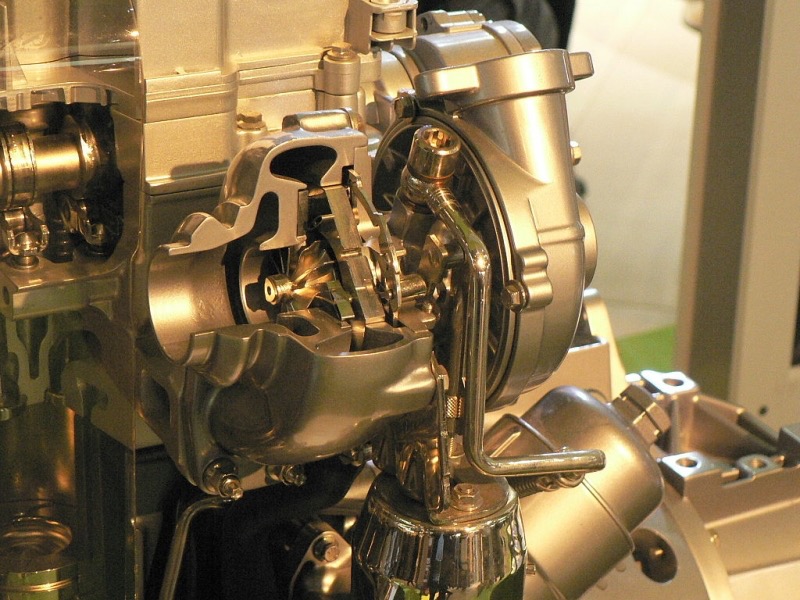 Both engines and transmissions have seen some major improvements in the last few years. To improve power output of small-displacement engines, some automakers are turning to turbochargers and superchargers, giving drivers the power they need, when they need it, with the cruising fuel economy of a small engine. Also, many modern cars feature transmissions with six, seven, eight, or even nine gear ratios, which deliver smoother acceleration and better matching of a given gear ratio to driver demand. Modern CVTs (continuously-variable transmissions) offer an infinite number of gear ratios, an even better choice for smooth operating and better fuel economy, albeit with less of a performance edge than other options.

Mass… In addition to passengers and cargo, the engine needs to move the car itself, so vehicle weight is a major consideration in making for better fuel economy. High-end cars (think: McLaren or Ferrari) are being made with super-lightweight materials, such as carbon-fibre, which also happens to be super-expensive.

Still, even economy cars are benefiting from the application of lightweight materials, such as aluminium and magnesium, for engine blocks, chassis components, even body panels, and high-strength steels, all of which go to make cars lighter and more fuel efficient, without sacrificing vehicle safety.

Tyres… While today’s tyres might not look all that different than those of twenty years ago, their construction and design has changed a lot. Using high-strength lightweight materials, such as Kevlar, some of today’s tyres are lighter (see Mass… above) and stronger than ever before. Modern synthetic rubber compounds offer better traction and safety, yet offer far less rolling resistance and last longer than their predecessors.

Most Fuel Efficient Cars for 2015

Given the advancements made in the last twenty years, the modern automobile is more fuel efficient than ever, yet just as versatile and fun to drive as it’s ever been. Leaving out alternative-fuel vehicles, such as the Tesla Model S and Ford Focus Electric, here are the top five most fuel efficient cars on the market…

Toyota Prius (hybrid)… 4.6/4.9 ℓ/100km The world’s first hybrid car is still the world’s most fuel-efficient car, which combines the strengths of a 1.8 ℓ four-cylinder internal combustion engine (ICE) and high-torque electric motor-generators (MG) and battery pack. Thanks to its aerodynamic profile and near-perfect powertrain combination, Prius is still the king of fuel efficient cars, even twenty years after its introduction. 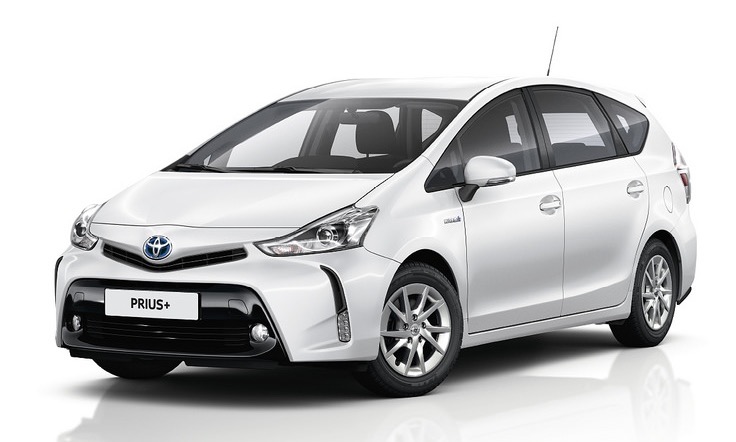 Volkswagen Jetta Hybrid… 5.6/4.9 ℓ/100km After Toyota practically invented the hybrid car, almost every other automakers has at least a couple of hybrids on their roster. The Volkswagen Jetta Hybrid matches the Prius for highway fuel economy, thanks to its 1.4 ℓ four-cylinder engine, but the smallish MG backup doesn’t help it very much in stop-and-go traffic, which drives up fuel consumption and drives down driver satisfaction. 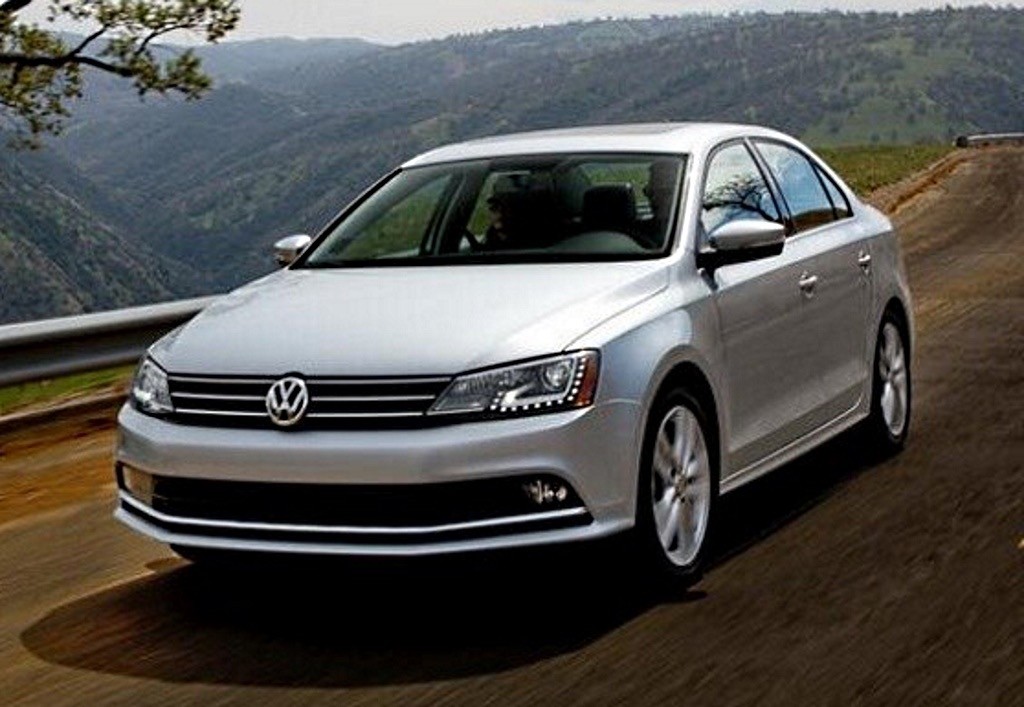 Honda Civic Hybrid… 5.3/5.0 ℓ/100km Honda’s first hybrid car, the Honda Insight, was not nearly as successful as it could have been, but it was underpowered and very cramped. Honda has learned a lot in the last twenty years, and the Honda Civic Hybrid is proof of that. Practicality, coupled with great fuel economy, makes this car one of the best you can find on the road, and Honda reliability is top notch.

It really isn’t a surprise that the first three cars on this list were hybrid cars but, with dozens of other hybrid cars available, it’s nice to see a couple of conventional cars included in the top five. Really, it goes to show that you don’t have to “go hybrid” to make an exceptionally fuel efficient vehicle. The first conventional vehicle on this list is a mere

Volkswagen Jetta TDI… 7.6/5.1 ℓ/100km This is a class example of what turbocharging can do for a small-displacement engine, in terms of performance and fuel economy. Able to develop 150 hp, yet cruise along with the fuel economy of just 2.0 ℓ, the Jetta TDI delivers the best of both worlds: power when you want it, fuel economy when you need it.

BMW 328d… 7.4/5.2 ℓ/100km Considering that this is the nicest car on this list, and just 5.8% less fuel-efficient than the Prius, this could be the most fuel efficient fun that you can have on the road. The 328d’s twin-turbocharged 2.0 ℓ generates up to 180 hp and is coupled with an eight-speed automatic transmission, and offers spirited acceleration, premium interior, and a surprisingly frugal ride. You’ll spend more on leather, but less on diesel fuel, for which we cannot complain.

Looking at the rest of the cars that are on the list, perhaps considering the top ten or twenty even, there are a number of new cars that offer exceptional fuel economy, and in a dizzying array of styles and capabilities. Whether you are looking for a sporty car or a family car, there is surely something that will fit your needs without the need to overspend on fuel.