Let’s start today’s post with an age-old conundrum…what is the best part about being a man? Is it sports? Bourbon and cigars? The rush of adrenaline from pushing a sports car to its limits? All of those things make being a man much more satisfying, but perhaps the best thing about manhood is the ability to delay one’s gratification. Well, when it comes to cars anyway. Leave a smooth bourbon and a well wrapped Cubano laying around and I will have it lit and sipped before you can return to the room. Now that the thirst is upon me, let’s move into some cars that have been in the manufacturers brewing pot for a while, but are about to come to fruition for the enjoyment of us all. Cheers, mate! 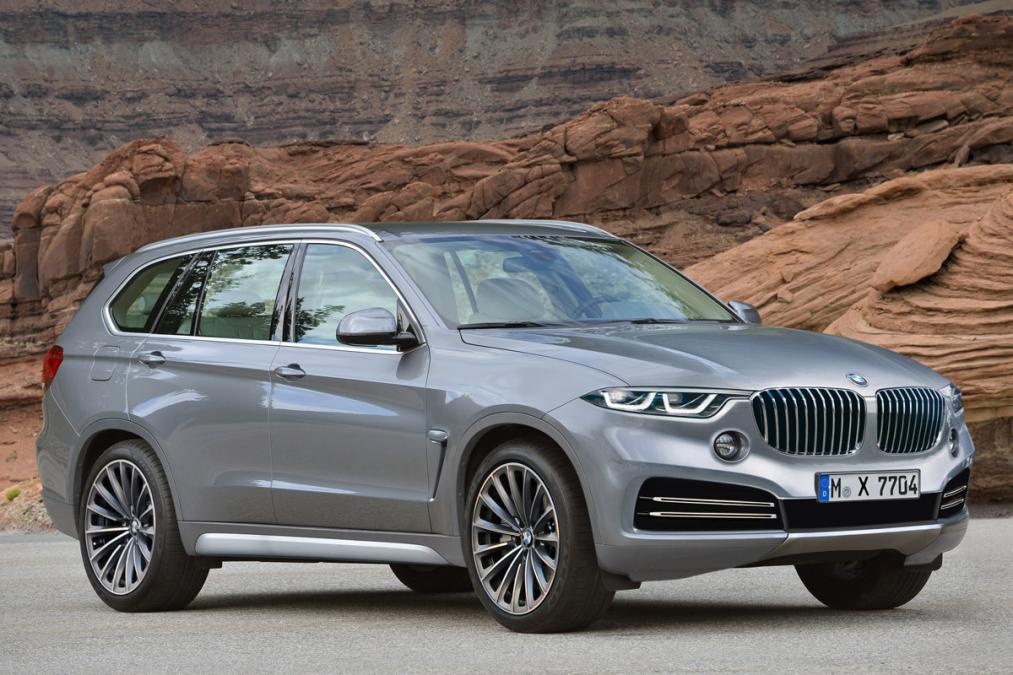 Yes, we misled you by saying cars, but we must put a few SUVs on the list for our mates who are meeting their familial roles or just want to be able to knock the hell out of the compact in front of them. You know, the one that keeps hitting the brake…damn it, the petrol is the other one!

What could be better than a family-sized SUV? A Bavarian school bus of an SUV. The 2018 BMW X7 will have seating for seven and will be built on BMWs largest rear-wheel drive platform. Standard features are to include industry-leading connectivity, driver assistance, and 4WD will be an option. We are pretty sure an X7 will never sling mud, but the option is there. Engine options will include the entire BMW six and eight-cylinder line-ups(diesel and petrol) all connected to a ZF eight-speed gearbox. 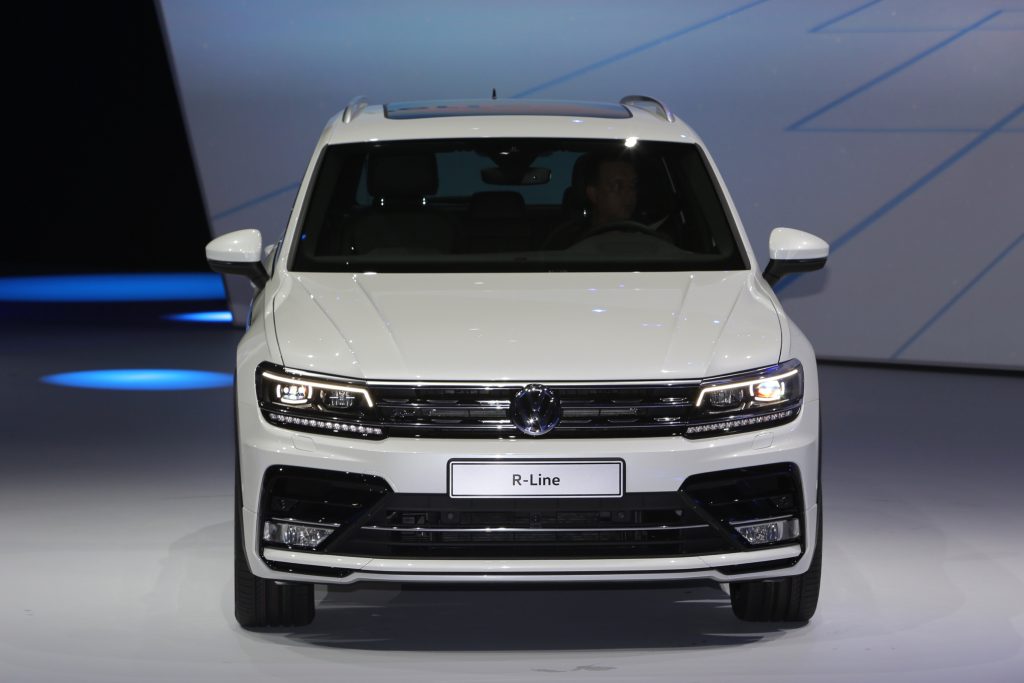 The 2017 model year will usher in a complete redesign of the Tiguan. The new generation will be larger and less expensive. It will still be considered a compact crossover, but just barely. The goal is to offer an optional third row of seating by stretching the Tiguan and mounting it on the versatile MQB platform. Front-wheel drive will be standard, but 4WD will be an option. VW made the unfortunate decision to choose fuel economy over power and has limited the 2.0L turbo-charged engine to 185 bhp.  The hope is that a larger, less expensive Tiguan will actually sell a few units. Last year Honda sold 10 CR-Vs for every Tiguan that left a dealer’s lot. A few more years of sales like that and the Tiguan will fade into history books. 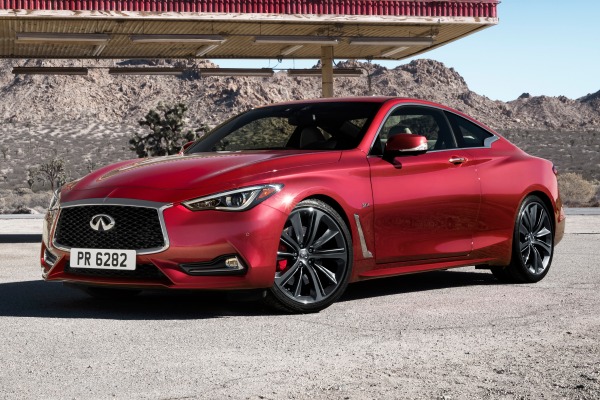 Let’s stick to the family bloke for a minute more. Patience, we will get to the sportier stuff in a few seconds.

What do you do if you are not a fan of the BMW 4-series? You turn to an Infiniti Q60, of course. Hold on, we know the last two model years have been a bit stodgy and the series has begun to show its age, but Nissan’s luxury brand has gotten its collective head out of its arse for the 2017 model year. The new unit will be sitting on the same platform as the Z cars. The base unit will be powered by a Mercedes turbo four popper, but a twin-turbo V6 has been brought in for the more adventurous drivers. Buyers will be able to choose between a 300 bhp and a 400 bhp set-up in the V6-powered versions. All will be thrusting their power through a seven-speed automatic gearbox.

Talk about a Volvo and people start rolling their eyes. That is an image the company has been trying to fight for years now. Eye rolling aside, everyone knows that the Volvo nameplate is equal to safety personified; however,Volvo has been on a design spree since being sold to Geely. That is what an 8 billion pound investment will do for a car maker. Now based on the highly scalable SPA platform, the S90 will feature a four cylinder powerplant. Umm, four? Let’s not forget the fact that it is turbo and supercharged to offer 316 bhp. Still want more power? You can opt for the plug-in hybrid engine for a boost from the electric engines. 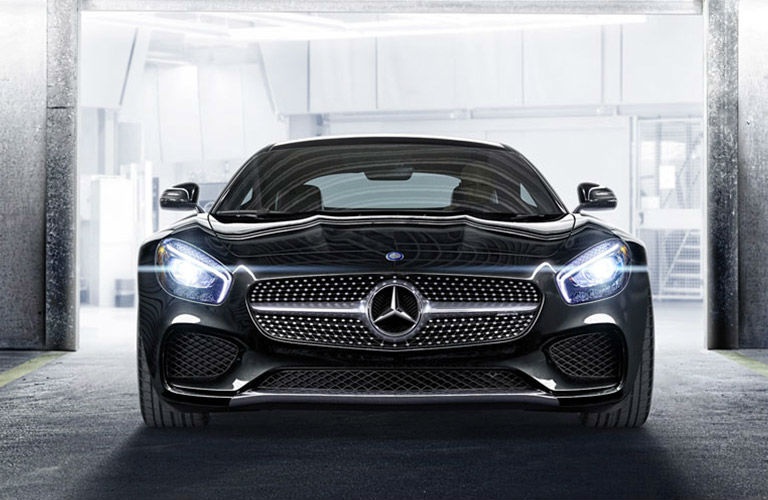 Imagine being the engineer tasked with improving the Mercedes-AMG GT. You already have a car that would make the Queen smile, now what? You add power, improve the chassis, throw on a rear wing, then make it wider. The GT R will be built on the aluminium platform that underpins the SLS series. Some mad scientist decided to toss a twin-turbo V8 under the bonnet that shoves 550 bhp to the drive wheels. As if that isn’t enough, AMG predicts output approaching 600 ponies for upcoming special edition releases.

The DB11 has been one of our favorite sport cars for some time. What’s not to love about a naturally-aspirated V12? Inexplicably, Aston has decided to follow the rest of the automaking world into the depths of turbocharging. Unfortunate? Perhaps not. The 2017 DB11 will be the first turbo offering from the company and it is going to be a dandy. Powered by a twin-turbo charged V12 offering drivers a pulse-raising 600 bhp and 700 N-m of torque, this is not as disappointing a development as you might expect. Adding to the allure is Aston’s tech partnership with Mercedes, giving it access to new electronic architecture and interior aesthetics. 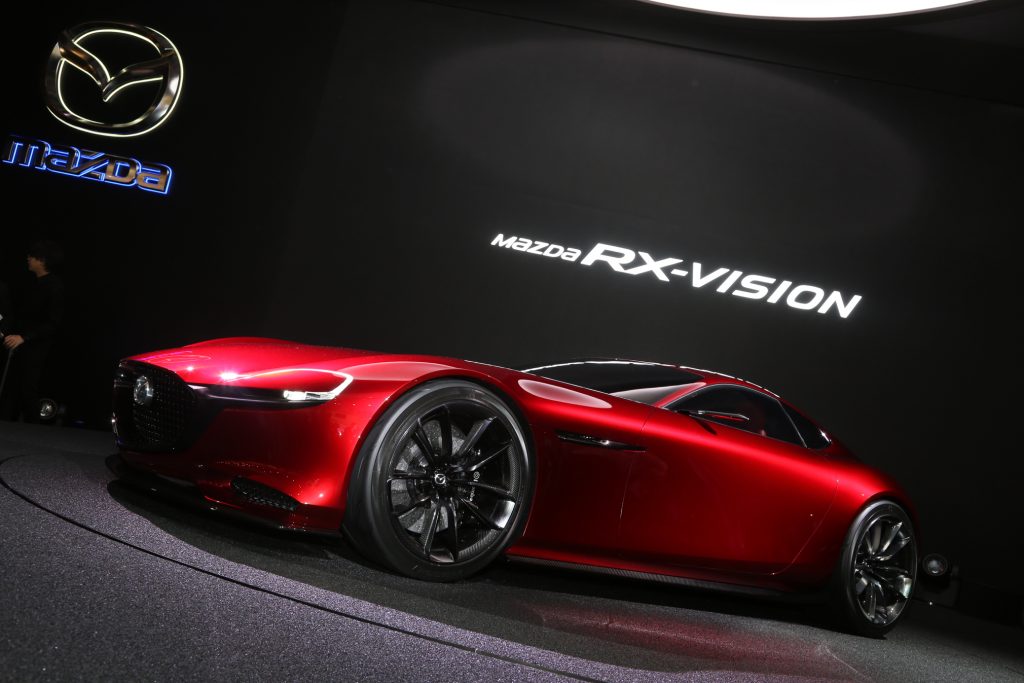 Small, but mighty, Mazda offers some of the best styling around and the RX-9 simply refuses to fade quietly into the night. The car has been in the planning and research stages for eight years and will be based on the Mazda RX-Vision concept in the image above. Over that time, engineers have developed an all new 16X two-rotor engine that is supported by direct fuel-injection, turbocharging, and a lower mass. The sum total is a car that is capable of 400 bhp and weighs less than the RX-8. There is only one hurdle left: the rotary engine’s infamous petrol guzzling.