Accept
TOP  >  Car Talk  >  More Than Cars: What Else Do Automakers Build? 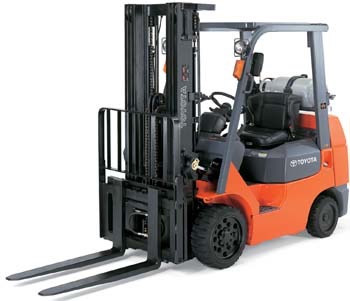 When you think of the major automobile manufacturers, you think cars and trucks; perhaps a motorcycle or two, but few people think of food packaging, jets, robots, or locomotives. The recent delivery of the first HondaJets has brought the under-the-radar products that automobile manufacturers build to the forefront. Here at BeForward, we thought it would be interesting to take a look at some of the products that car makers have built in the past and are building today. One proviso, we are only looking at items that were produced by, not branded by, automakers in numbers. Nothing like the single aircraft build by Bugatti or cooperative efforts like the boats that a few manufacturers have put out are on the list. Even with that proviso in place, it would be easy to publish an entire book with all of the side ventures that automakers have focused on, so this is no where near a complete list, but just a set of highlights. Well, enough qualifiers in place, let’s get to it! 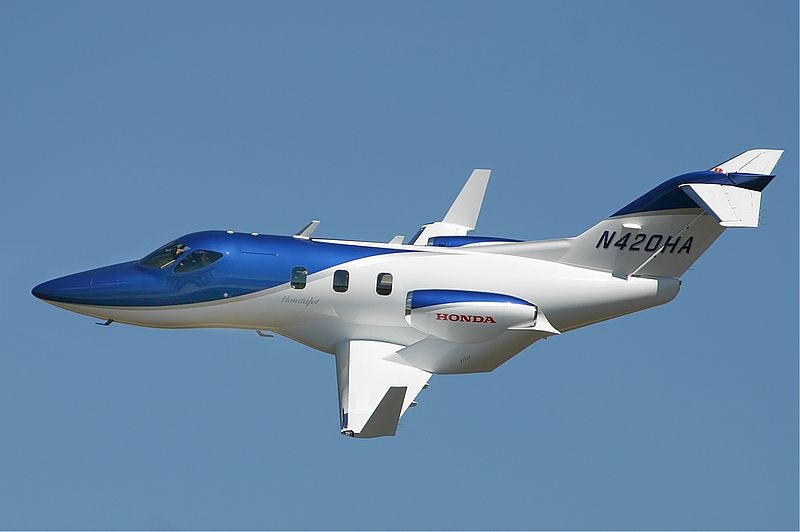 Honda began its illustrious career building bicycles; moving to motorized bicycles and motorcycles. A great business plan to emerge from the ashes of war. The company is well known for its generators, lawnmowers,  and powersports equipment; however, all of those items are logical offshoots of an automaker. What is unexpected is the amount of time spent with the ASIMO robot project. Even if you assimilate the relationship between robotics and modern manufacturing, you can could not envision a venture into small business jets. Despite the early seeds of the project being sewn in the 1990s, the   design was not official until 2003. The current design includes a composite fuselage, twin engines, and can seat up to six passengers with crew.

Long before the Standing Lion symbol became associated with cars, it was gracing pepper mills and coffee grinders around the world. The Peugeot family began making said grinders and mills in 1810. By 1840, these products had become the world standard. Cars seemed a waste of money for a portion of the founding family, causing the company to split for some years; one side happily making mills and   grinders, while the rest dipped its toes into the murky waters of motorized everything. While the Peugeot family no longer controls the automobile venture, it does continue to sell those grinders and pepper mills worldwide.

When you think of BMW, images of sleek cars, throaty exhausts, and elegance most likely come to mind. An Olympic competition bobsled most likely never enters your thoughts…well, maybe if you happen to be an Olympic bobsledder. These bobsleds are known for being wicked fast and light as air. Sounds just like something in the M-series, like say a BMW M4. 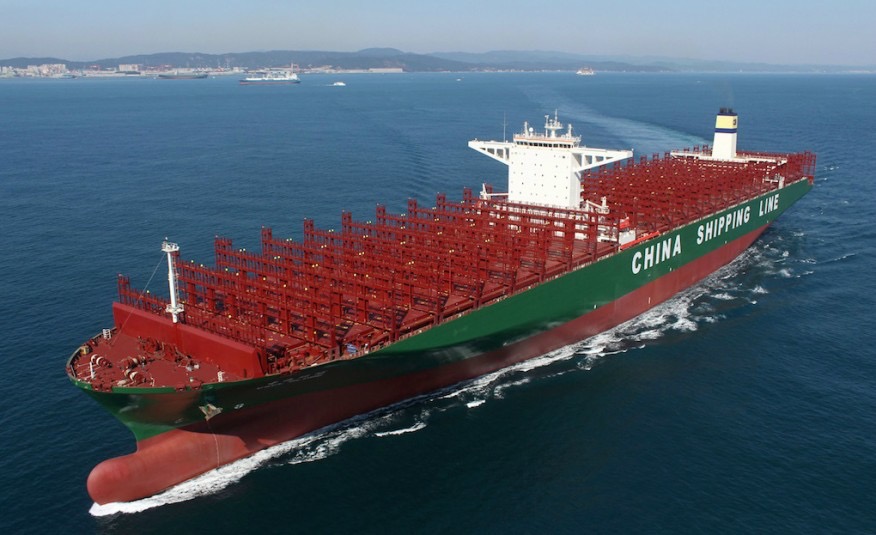 Hyundai Motors is just a small part of a vast global conglomerate. The affordable cars sell well, but account for a minor part of the group’s income stream. The South Korean giant builds electronics, operates department stores, and produces massive industrial equipment among other endeavors. One of the most surprising aspects of the group is its role as the world’s largest shipbuilder and the holder of the world’s largest shipyard. Hyundai can even boast that it has built the world’s largest container ship the Globe, pictured above. The Globe can transport approximately 19,000 containers and is powered by a massive 93,496 horsepower engine.

While the HondaJet is surprising, it shouldn’t be. Subaru tested the aircraft waters between 1968 and 1986. The company built the FA-200 that was marketed under the name Aero Subaru, a light-aircraft able to carry two passengers and crew or just the pilot and three passengers. 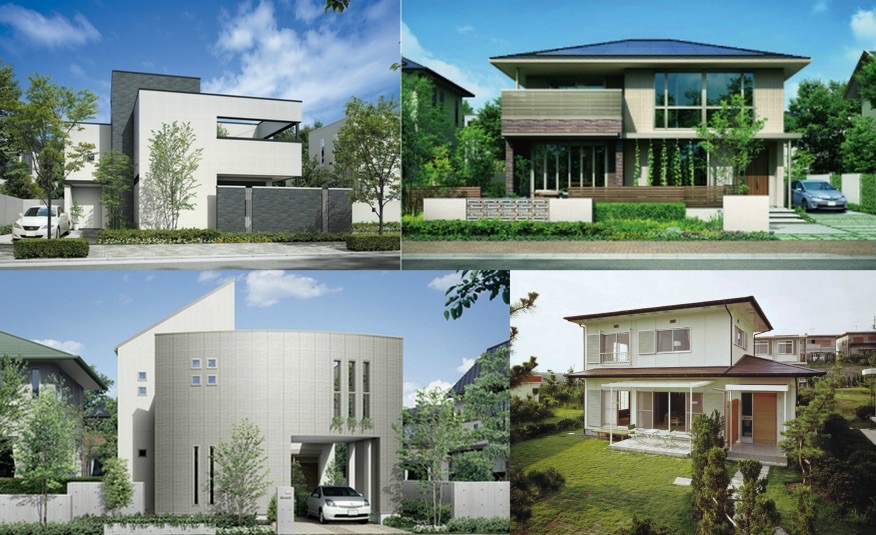 Building an airplane or a ship are stretches for automakers to be sure, but they have engines, so the products are in the realm of possibility. Toyota goes far afield with its home building unit. The company builds homes much the same way it does cars…on a robotic assembly line. The units range in size from a 91 meters squared unit to a 242 meters squared mansion. There is even a Prius’s dream of a ”green” home. The homes are built in limited quantities and are only sold in the Japanese market. Limited or not, an automaker building a home sounds interesting enough to do some web research at least!

Saab entered its corporate life in 1937 as a aircraft manufacturer, then it spun off a division to make cars. The company has used jets in its ad campaigns with the motto ”Built from Jets.” The company is most famous for building the Tunnan Jet Fighter, which was prominently featured in adwork. The Tunnan was a single-engine turbojet fighter the group was building for the Swedish air force when it turned its attention to cars. Later the company’s ads used images of the Viggen fighter, a bit of a deception since GM owned the car division by then and the aircraft were still built by Saab Group in Sweden. Now that Saab’s automotive assets belong to a Chinese concern, you have to wonder if jets will still be featured in future ads.

Bugatti built the Type 41 Royale between 1927 and 1933. During the final year of production 25 cars were planned, but the Great Depression forced Bugatti to stop with six units, of which only three sold. The financial disaster made it apparent that the final three units would never be sold, so Bugatti tried to turn lemons into lemonade. The company had 23 assembled engines on hand, so they installed four of the 12.7L Godzilla-sized engines into a railcar dubbed the AutoRail. The engines were able to pull the railcar at a strong 197 km/h. That was an outstanding speed for the rail system of the era, but the AutoRail was far from fuel efficient. It drank fuel like an alcoholic uncle attacks the scotch during holidays! That made the tickets very pricey, but 79 of the units were operated into the late 1950s..

Mitsubishi is a minor automaker and doesn’t even enter every market. That would be a death knell for many companies, but for Mitsubishi it means nothing. Mitsubishi is a monster of a company that has its production hands in just about everything imaginable. A few of the most interesting are its packaged foods, consumer electronics, and solar cell subsidiaries. Some of the more recognizable items Mitsubishi makes are air-conditioning systems that can from room-size to industrial application; large-scale video displays for stadiums and arenas; and elevators and escalators.

As stated earlier, this is just a small sample of items that automakers have dabbled in. GM built an artificial heart, Ford and Chrysler delved in to aircraft and boats, while Lamborghini built a farm tractor. Umm, a Lambo on the farm? No wonder it didn’t sell.