Mercedes-Benz is known for cars and trucks that are dependable, distinctive, powerful, and luxurious. Despite being globally known as a premium brand, the executives at MB know that they need to turn to subsidiary AMG to build their most powerful cars. The legendary tuner, based in Affalterbach, Germany, was founded with the main intent of building better Benz’s way back in 1967. MB took sole ownership in 2005, creating Mercedes-AMG. The years between AMG’s founding and now have produced some very interesting cars. Let’s have a look back at what, in our opinion, are some of AMG’s most interesting work. 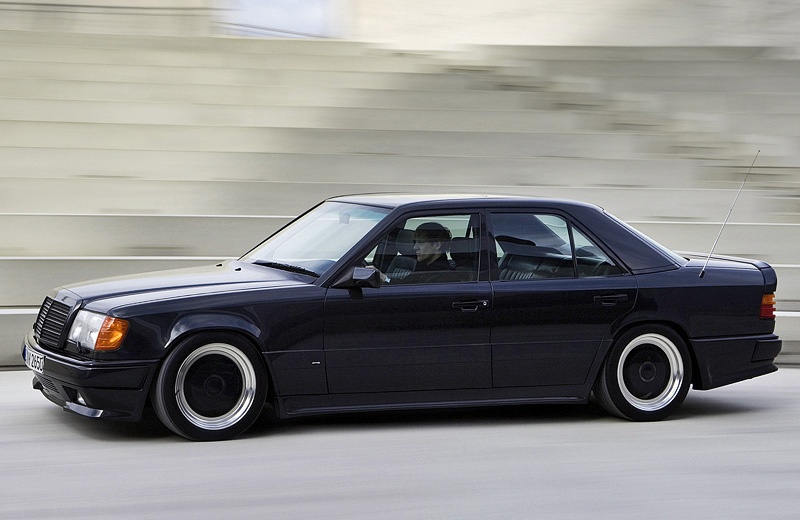 Granted, AMG had been tuning Mercedes offerings for nearly twenty years prior to this one, but it may well have been the model that established AMG as a global leader in the auto-tuning industry. Called ”The Hammer”, the 300E 6.0 offered buyers 365 bhp with a top speed bordering on 300 km/h. The top speed and 0-100 km/h time were better than those offered by a Ferrari Testarossa built the same year! Yeah, that’s how you stand out, beat a Ferrari like a rented mule. 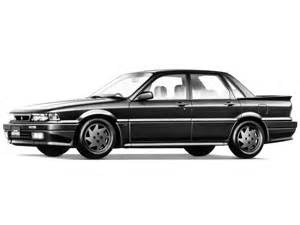 Yeah, we know. It’s hard to believe that AMG ever turned its eye toward anything other than a Benz. Even more surprising is that the company worked with a Galant. Galant’s are known for many things, but sporty isn’t one of them. There is only so much you can do with a stock engine, but AMG managed to find a way to push 170 bhp out of a base Galant. As you can see from the image above, the main changes were cosmetic. No matter how you look at it, that is one sharp Mitsubishi and it is the only non-Mercedes on the list. 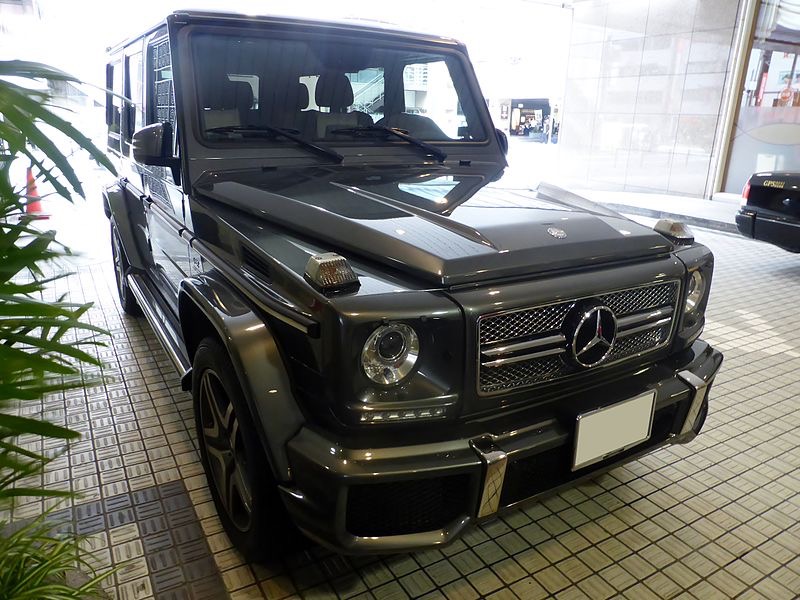 Perhaps one of the strangest looking trucks that you can find roaming the streets without military markings is the G63 AMG 6×6. If all you knew was that the thing had six wheel drive, you would be satisfied that it was pretty kickass. Throw in AMG tuning and you might need some personal time while thinking it over.

The G63 AMG 6×6 is powered by a 536 bhp twin-turbo DOHC 32-valve AMG V8 that is mated to a 7G-tronic seven-speed automatic gearbox. The duo manage to place 760 N-m of torque at the driver’s disposal. It delivers a 0-100 km/h time of 7.8 seconds and has a top speed that is electronically limited to 160 km/h. The transfer case can range from 0.87:1 in high-range to 2.16:1 low-range ratio for an off-road assault. The monster has five electronic differential locks operated by three switches on the dashboard. Austin Powers said it best, ”Yeah, baby!”

One more truck before we get to the hotter stuff. Overall, the G-Wagen is a bit stodgy, almost an SUV for your great-granddad, but it has plenty of power. Never satisfied with just ”plenty” of power, Mercedes turned to AMG for a G-Wagen with a bigger stick under the bonnet. The resulting G65 uses a twin-turbo V12 to slam 621 bhp onto the pavement. It may be your great-grandad’s ride, but all you will ever see are the taillights. 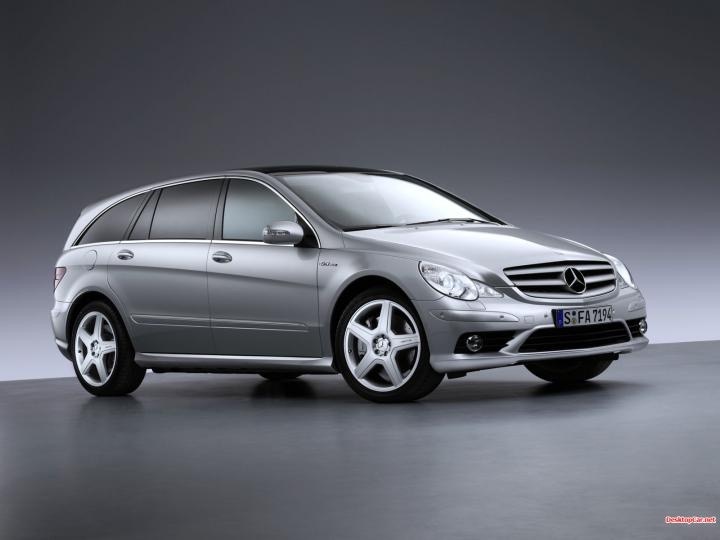 The R63 inspires a lot of people to wonder if it is an MPV or a small SUV. Either way, you wouldn’t expect it to attract AMG’s attention. For some reason Mercedes decided to drop a 507 bhp naturally aspirated V8 into an R63, giving it an electronically limited top speed of 250 km/h and a 0–100 km/h time of 5.0 seconds. As quick as it was, sales were pitiful, so 2007 was the only year of production for the R63 AMG.

The C-class is not the most inspiring Mercedes on the market. For many years the handling lagged well behind that of a comparable BMW.  The C63 AMG blew that notion out of the water. Better handling wasn’t good enough for the engineers at AMG; thus the Black Series. A C63 AMG Black Series delivers 510 hp and  620 N·m of torque. Follow those stats up with a 0-100 km/h time of 4.2 seconds and a top speed of 277 km/h and you have some fun waiting to happen.

The A-series hatchback sells quite well in Europe, but not in America. Since America represents the largest market in the world, automakers often cater to it. With that in mind, AMG pandered a bit when it created the GLA45 AMG. The tuner gave the A-series a body kit that would please any man under 25. More importantly, AMG worked in a 2L four-cylinder engine featuring twin-scroll turbocharging. The engine is rated to deliver 381 bhp and 475 N·m of torque. To add to the fun, the GLA45 AMG sports 4Matic and AMG’s Speedshift DCT seven-speed gearbox with paddle shifters.

The gull-winged SLS was the first Mercedes to have AMG ministrations applied. The car was the stuff of dreams for many aspiring driving enthusiasts for many years, but the SLS’s potential may not have been fully realized until the 2014 model. 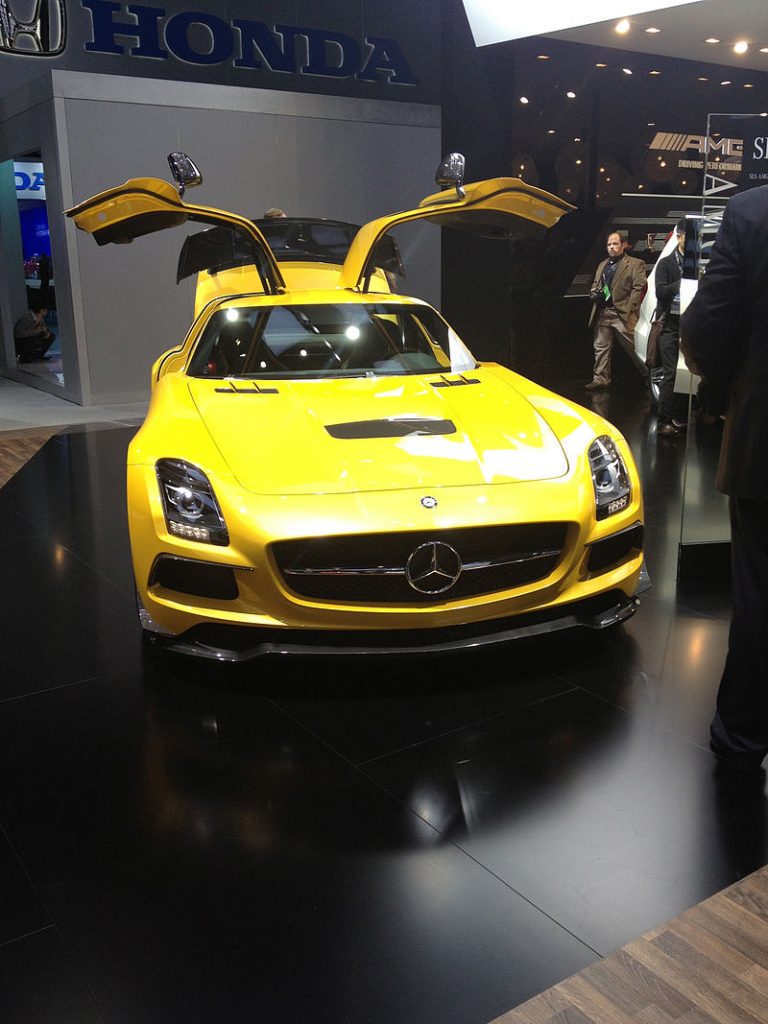 The base SLS AMG is a force to be reckoned with, but the Black Series transforms the SLS into a supercar. AMG increased the SLS’s engine output to 622 bhp, but lowered torque to 635 N·m for better control. The Black Series features a fully revised high-speed valve train with modified camshafts, adapted cam geometry and optimized bucket tappets. The result is a 0-100 km/h time of 3.5 seconds and a top speed of 316 km/h. James Bond would be proud to drive on of these!