So, how do you define being ”first”? Once you define first, you must clarify which country you are talking about. Next, how do you satisfy everyone? Being first to bring an innovation to the automotive market can be a double-edged sword. It is a great marketing tool so long as it works conveniently for buyers. If it doesn’t, or worse yet doesn’t work well at all, an automaker can take years to recover its reputation. Also, being first can mean being the first to take an innovation mainstream. 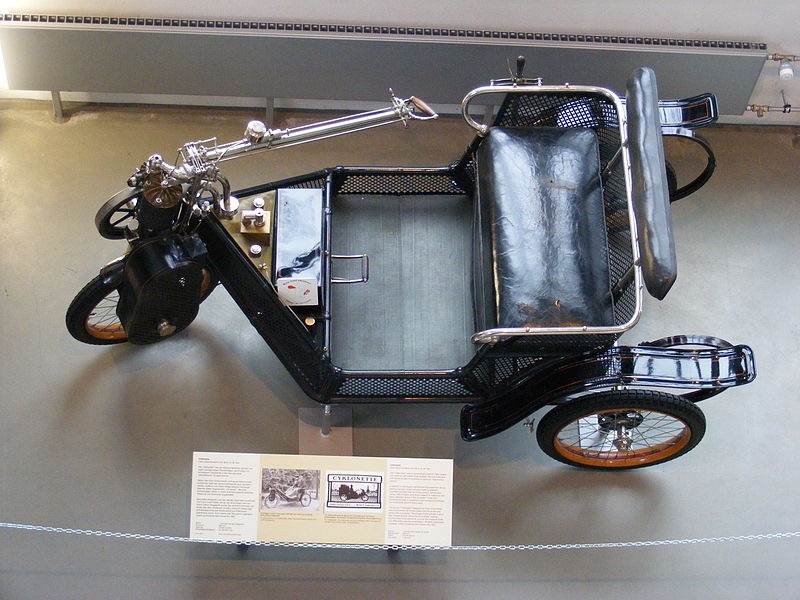 One such ”first” is the hybrid car. Many consider the Toyota Prius to be not only the first, but most popular hybrid. In truth, hybrid cars were first introduced in 1896, with several versions offered by 1910. Toyota was “first” to offer a modern hybrid drive system…in Japan. The Honda Insight featured the first modern system in many other markets, confusing the issue.

Then there is the global sharing of technology, especially if an innovation is built by a supplier who has multiple customers. That tech-share can mean that an automotive first appears in multiple brands within a few months or at the same time.

So, what we have done is look for automotive firsts that could be clearly traced to a single automaker or inventor. That means many of these ”firsts” took place decades ago; often for companies that failed. Thankfully, you can get into any modern vehicle and enjoy the fruits of the labor of countless inventors who imagined things we take as commonplace today. Without further ado, let’s have a look at a few of those flashes of genius.

Early cars were such a chore to get started that many people remained dedicated to the horse. Before you could even think about driving, owners had to set the choke, fuel mixture, advance the spark, then twist your arm off on the front-mounted engine crank. Once you had the engine sputtering, you would have to go back to the beginning to get the thing running smoothly. Charles Kettering invented an electric motor to replace the hand crank. The first car to offer his ”self starter” was a 1912 Cadillac. 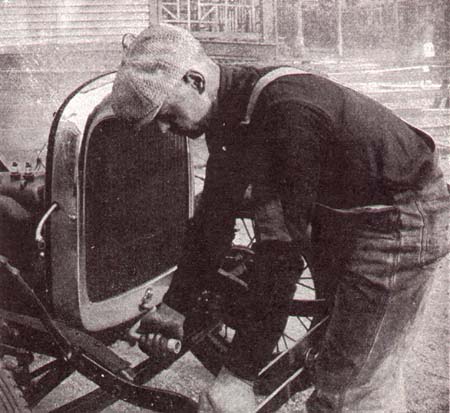 One of the many things you hear car enthusiasts talk about is how much fun it is to drive a car with a manual transmission. In part that may be due to most cars being automatics, making a manual shift a novelty. That hasn’t always been true. As late as the 1960s, manual transmissions were standard equipment. To many, shifting was a pain in the derriere. Imagine having to shift before power steering?

Today, many automakers are moving to the CVT, leading the general masses to believe it is a recent innovation. Nothing could be further from the truth. Hub van Doorne invented the ”variomatic” gearbox that debuted in the 1958 DAF 600. Some would refer to the 1920s Clyno’s that were buuilt in Britain instead, but Van Doorne’s were the first sold widely to the public. Initially, the variomatic was not strong enough to handle more power than a two-cylinder engine could produce, but DAF improved the tech until it could handle even the heaviest loads. DAF spun into several companies. The CVT belt unit is currently owned by Bosch, who supplies nearly every drive belt in modern CVTs.

Seriously, someone had to invent the steering wheel. Prior to its invention cars were turned using a tiller just as small boats were. In 1894, Panhard developed the first steering wheel for exclusive use in race cars, followed by use in passenger cars.  Even with a steering wheel, it took a lot of muscle work to turn a car and turning a truck was impossible without some sort of assistive device. Pierce-Arrow debuted a hydraulic steering system in 1926. General Motors and parts supplier Bendix refined the system. One of the earliest mainstream systems appears to be the Hydra-Matic system Chrysler put in the 1951 Imperial. The latest innovation is the electric-power-assisted steering (EPAS).

Getting The Fuel Where It Belongs

Getting fuel into the cylinders has never been an easy task. One of the first systems was the carburetor, which made its debut in 1886 on a car built by Gottlieb Daimler and Wilhelm Maybach. This unit, though refined, was serviceable for more than 80 years, then fuel injection happened.

Mitsubishi can take credit for the first petrol direct injection with electronic management system. That unit appeared in 1996 on the four-cylinder Galant. Within five years Mitsubishi had built one-million cars with its GDI system.

If you sit in a 2017 model automobile, you will see a display unit that offers a nav system. The technology is so taken for granted that a car is deemed ”cheap” if it doesn’t offer one. Even traditional budget vehicles offer some sort of nav system. Honda is often credited with offering the first in-car nav system. Dubbed the Electro Gyrocator, it featured a CRT monitor with a moving dot that could trace a line and overlay it with acetate maps. Drivers then made the phosphorescent dot follow the same route they had pre-marked with the pens provided by Honda. The dot would move from input from an inertial guidance system thanks to a Honda-invented gas-rate gyroscope. This option was only offered in Tokyo and was quite expensive. Making matters more dicey were the inaccurate maps provided by Honda. The problem really wasn’t Honda’s. The technology was miles ahead of the available support system, but it did lead to the early in-car GPS development.