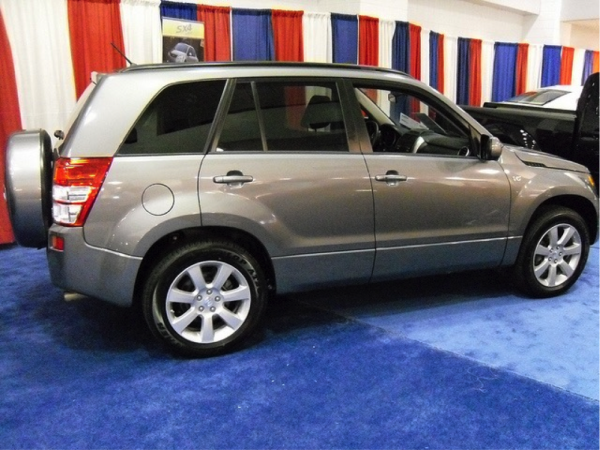 Throughout automotive history, man has built many cars with SUV envy. Well, going back to the 1980s and 90s, anyway. Today, that envy is called a crossover. Crossover…a very ambiguous term that allows manufacturers to build vehicles with an amalgamation of passenger car and SUV features without having to fully satisfy either definition.

While the term crossover is new, the concept is not. Automakers made attempts to fill this need for a ”crossover” decades ago. We thought it would be fun to explore a little bit of automotive history just for, well, the fun of it. So, posthaste, here are several cars that were built with SUV envy.

Two of the first cars to hit the market that can be said to make a straight shot at being a crossover are the AMC Eagle and the AMC Spirit. Both were basically AMC cars that were dropped onto a raised AWD platform. The Eagle featured a raised ride height, a single-speed viscous-coupled center differential, and tossed in a smattering of ”4 wheel drive” badges. AWD was an option for the Spirit. When a buyer opted to equip it, the Spirit received the same treatment as the Eagle. Since the Spirit was a smaller car, you might call it the first compact crossover. 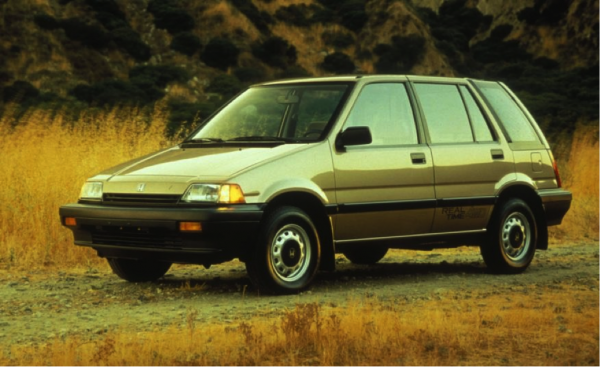 Way back in 1984, the Honda Civic was in its third generation. The company was casting about for ways to increase its appeal in many international markets. Part of that attempt was a Honda Civic estate wagon. It was a boxy-looking affair that is hard to define: is it a tall hatchback, a minivan, or an estate wagon? The estate wagon just happened to have 4WD available. When so equipped, the ride height was increased and a differential was added. Never billed as having true off-road capabilities, the Honda Civic estate wagon was touted as a great all-weather car. Sounds vaguely familiar, doesn’t it? 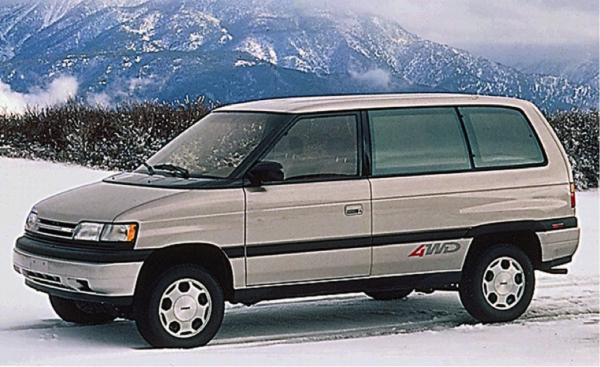 When the Mazda MPV first came on the scene, it was quite revolutionary. It was well received in most markets and garnered several awards. Unfortunately, its 4WD iteration was torched as being sluggish and too tall for practical use on a daily basis. Those thoughts show the prejudices of the era. As you look at the 1991 model shown above, you can clearly see that the Mazda MPV 4WD was leaps and bounds ahead of its time. Today, the MPV (with modern aesthetics, of course) would be flying off the dealers lots in droves of hundreds and thousands. 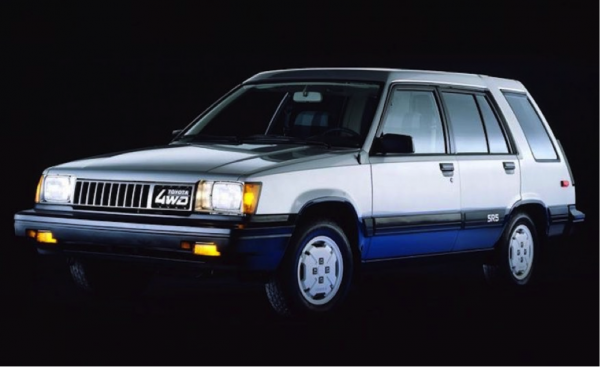 The Toyota Tercel was the international version of the Toyota Sprinter Carib that was being sold in Japan. In 1982, Toyota added a 4WD estate wagon version to the Tercel/Carib line-up. It used a part-time 4WD system with no center differential. That set-up can only be used when you are in a low-grip, low-speed situation. The 4WD Tercel was replaced during the 1998 model year with the Toyota Corolla All-Trac. The All-Trac was larger and offered full-time AWD. The Corolla All-Trac is a side note in automotive history whereas the Tercel 4WD is one of the most highly sought after Toyota vehicles…from a car nerd’s point of view, anyway. 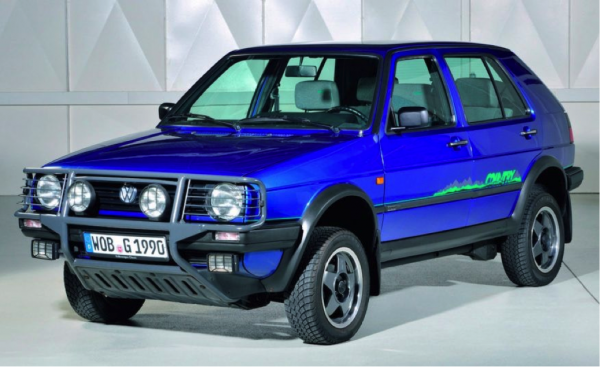 If any automaker is known for its ability to create a great car from nearly nothing at all, it is Volkswagen. Way back in the 1980’s VW was forced to strive to persevere through minimalistic cars that needed to appeal to a vast demographic of buyers. Doing more with less is the miasma that set forth the Volkswagen Golf. For some reason, VW decided to mix its practical compact ideology with a touch of four-wheelin’; thus the Golf Country. The Country uses a 4WD system developed with Steyr-Daimler-Puch. For off-road capability, the Country was lifted, given front and rear bull bars, and every skid plate needed to survive rough terrain. Currently, Volkswagen offers the Golf Alltrack wagon if you want a modern estate wagon with SUV envy.

Several modern cars and estate wagons have SUV envy. There are four that really standout to us here at BE FORWARD. Those four are the Volvo V90 Cross Country, the Audi A4 Allroad Quattro, Chevrolet Spark ACTIV, and the Mercedes-Benz E-class All-Terrain. If the modern cars that we have listed are not quite what you are looking for, you can view our complete inventory here or send us an inquiry at this link.